Deadpool has taken up residence on Fortnite Island for the third week and this time, he wants players to find his plunger and destroy toilets.

Deadpool has been a part of Fortnite for three straight weeks. With each passing week, Marvel’s favorite anti-hero introduces a new set of challenges. The challenges aren’t exactly very, well, challenging, but they do come with rewards. We’re also assuming that their completion will eventually lead to a Deadpool skin.

In weeks one and two, Fortnite players were tasked with not thanking the bus driver and tracking down Deadpool’s chimichangas, among other things. Week three’s challenges have landed and although they are almost as simple as the others, if players don’t know where to look, they may find the tasks a little trickier than the others.

Just like everything else the R-rated hit has lost so far on Fortnite Island, the plunger can be found in Deadpool’s office. Once discovered, players can go about completing the second part of the challenge. Unlike most of the Deadpool challenges thus far, this one requires actually taking part in a match. 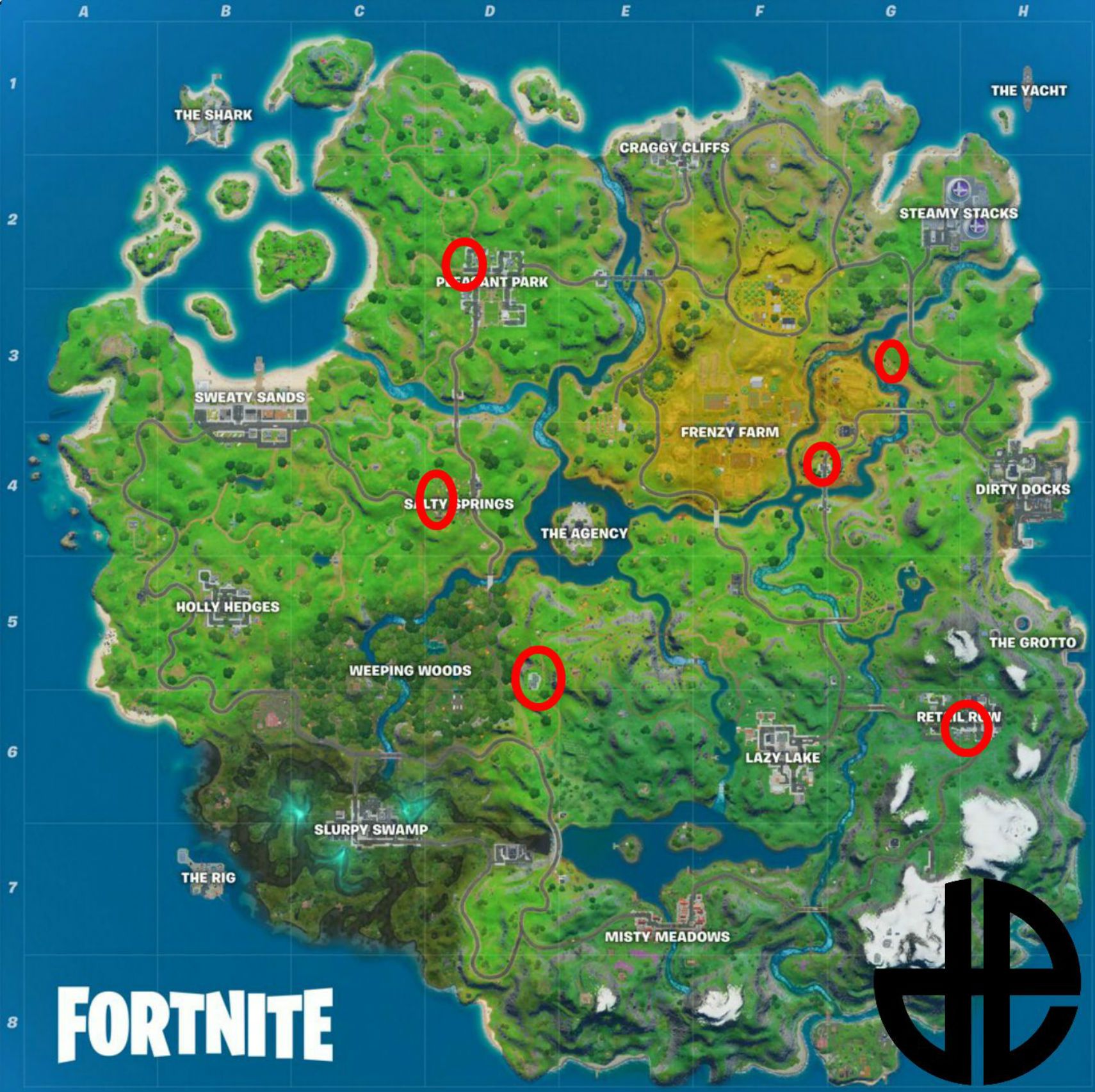 Players will need to destroy toilets in three different locations. It seems as if both permanent toilets and portable ones are fair game, but seeking out portaloos will make this challenge far easier to complete. The map above, courtesy of Dexerto, shows where all of Fortnite‘s portable toilets can be found. Players only need to destroy one at each location. Plan an assault strategically enough and it can be done in one match, although the storm might well prevent that.

The reward for completing week three’s Deadpool challenges is the Wade grenade spray. It’s not the Deadpool skin just yet, nor is it as cool as the unicorn spray rewarded last week, but it does mean we are all one week closer to that elusive Deadpool skin. The assumption is that every Deadpool challenge will need to have been completed for the skin to unlock. That means performing all of these tasks, no matter how menial they might seem.