There are almost as many ways to do battles in Dungeons & Dragons as there are Dungeon Masters. Some prefer to use theater of the mind, while others use gaming terrain from retailers like Dwarven Forge. Now, a new tool called Game Master Engine allows DMs to make completely customized battle maps without breaking the bank.

Reddit user Dan_the_DM released the tool on the D&D subreddit on April 2nd. Game Master Engine is designed to help DMs design battle maps, using a dungeon builder to lay out tile textures, walls, and props. It’s like Minecraft or The Sims, except with Kobolds. DMs can create everything from landscapes to taverns with a set of 3D assets that include trees, tables, wall hangings, and more. Everything can be laid out in 3D, and can be viewed from multiple angles, creating an immersive environment for players. 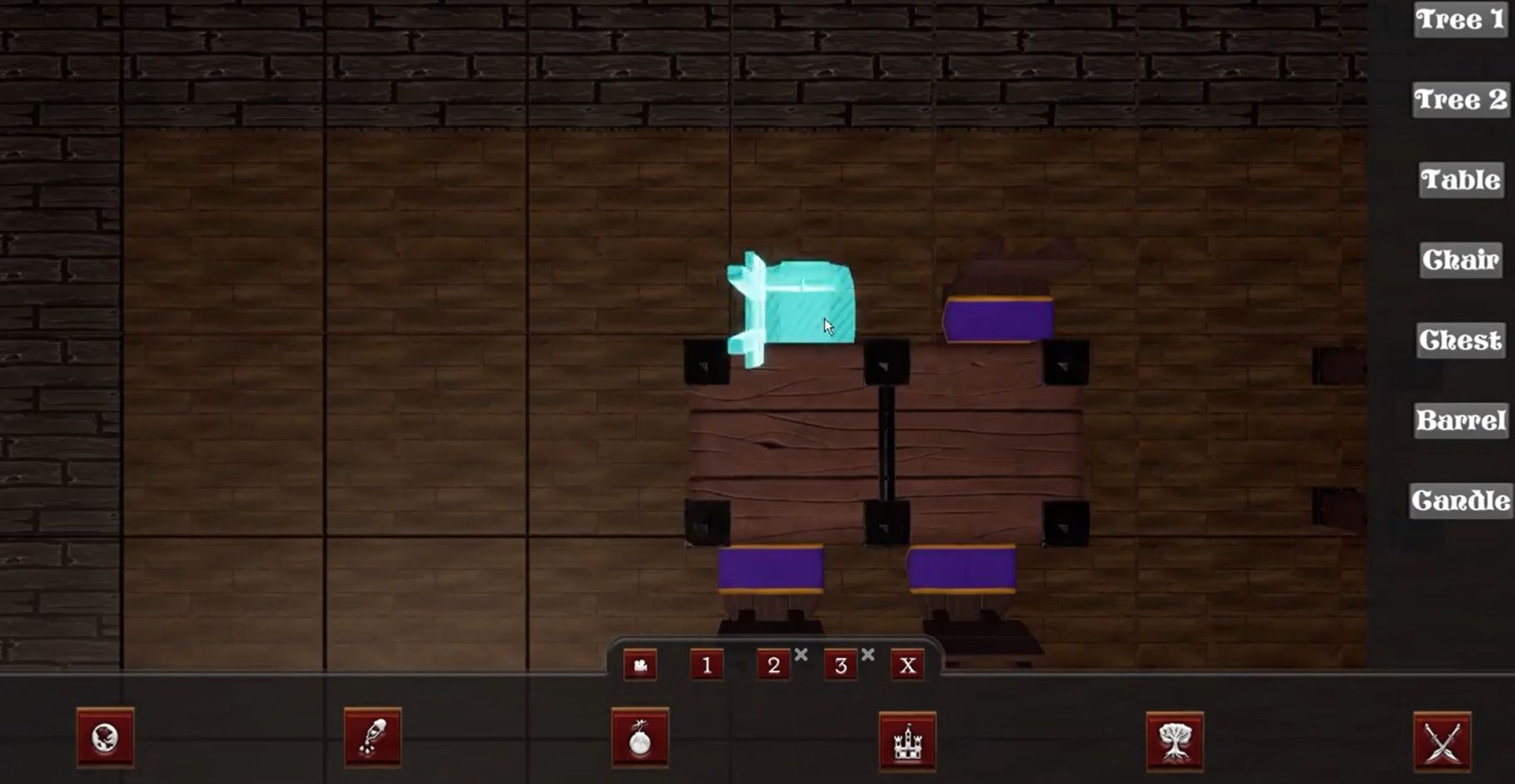 Game Master Engine can be downloaded for free, but anyone who wants to support the project can support Dan_the_DM on Patreon and get beta access to the most recent update of the project. The newest build transforms it from a simple 3D setting modeling tool into a full virtual tabletop, compatible with placeable tokens. The next update will be available to non-Patrons on May 7th, but everyone can access the current version of the program.

The tool has its own dedicated subreddit where fans can give feedback and suggest features for future updates. So far it has been confirmed that multi-leveled dungeons and placeable props will be coming at an undetermined point in the future. Future features are determined by popular vote, so anyone who has something that they wish this tool could do can keep an eye out there.

Game Master Engine is a powerful tool for DMs, and seems to only be improving. It offers immersive setting building for online campaigns that could previously only be achieved with less user-friendly Computer Aided Design programs. It’s also free, allowing DMs to create settings without spending money on miniatures and terrain models. Hopefully DMs will be able to get a lot of use out of this new innovative tool.