Genshin Impact has over 45 characters in its roster, with more being added at a fast pace. If you want to keep up with the latest releases it means dedicating a good amount of time to not only learning new characters but also new tactics and combat styles.

Shenhe is a brand new Cryo support, breathing some new life into a limited element. Every new character gets a lot of attention when they're first released and players are trying to figure out if they can use them, a tactic that may drive most away from Shenhe, since her moves aren't as intuitive as some. A new support takes some getting used to so here's what you need to know. 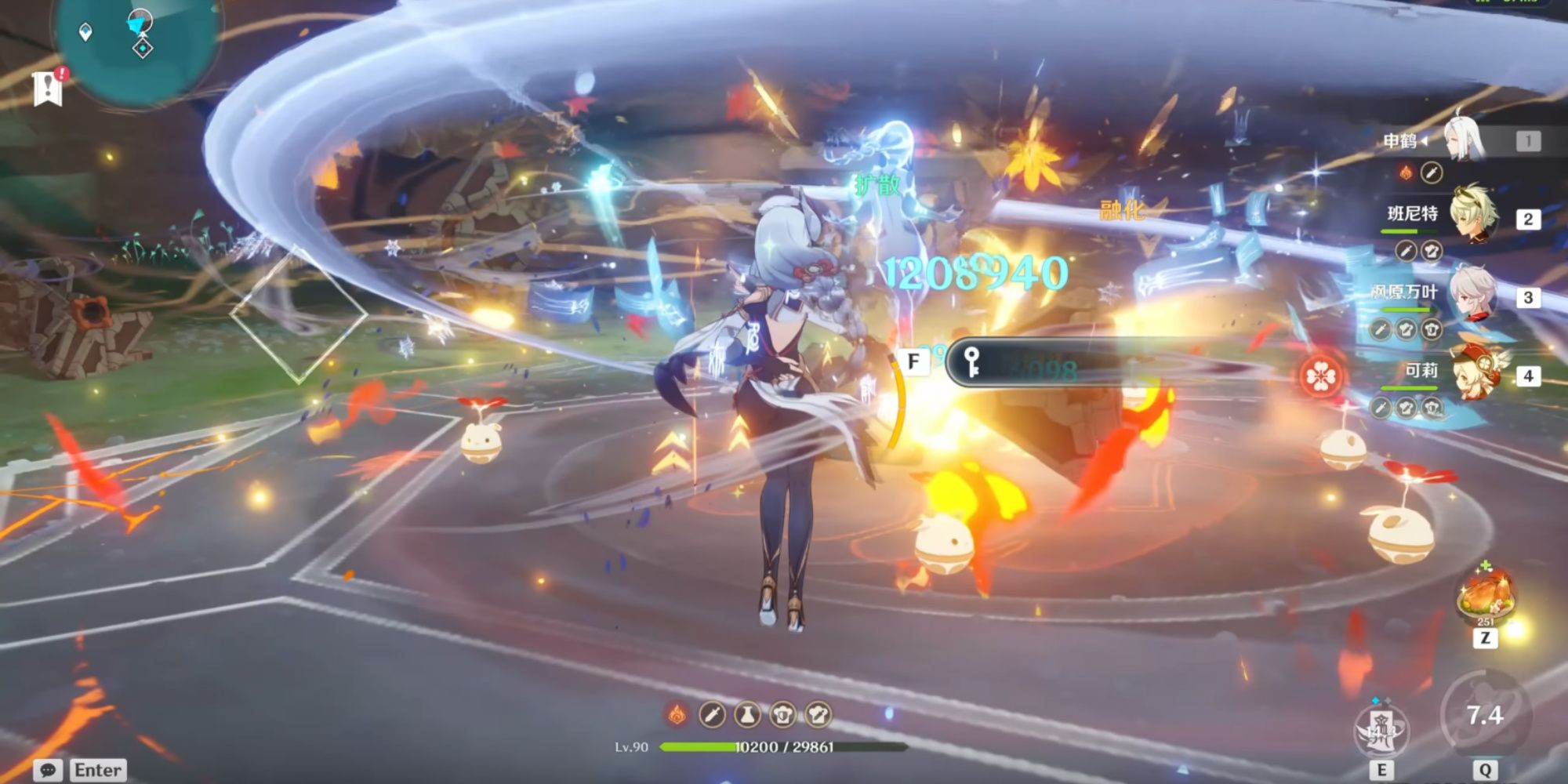 Shenhe's value comes from her ability to buff her teammate's attack power, specifically Cryo and physical damage. Those wanting to use her at maximum potential will have to recruit characters that can make the most out of her multiple buffs, overloading the attack and quickly taking down enemies.

The Icy Quills she gives to teammates will increase their Cryo damage output depending on her current attack, meaning a raise in her attack should be a priority. The combat effects only come in small bursts, giving the player windows of accelerated attack that can change the tide of battle.

9 Finding The Right Weapon For Shenhe 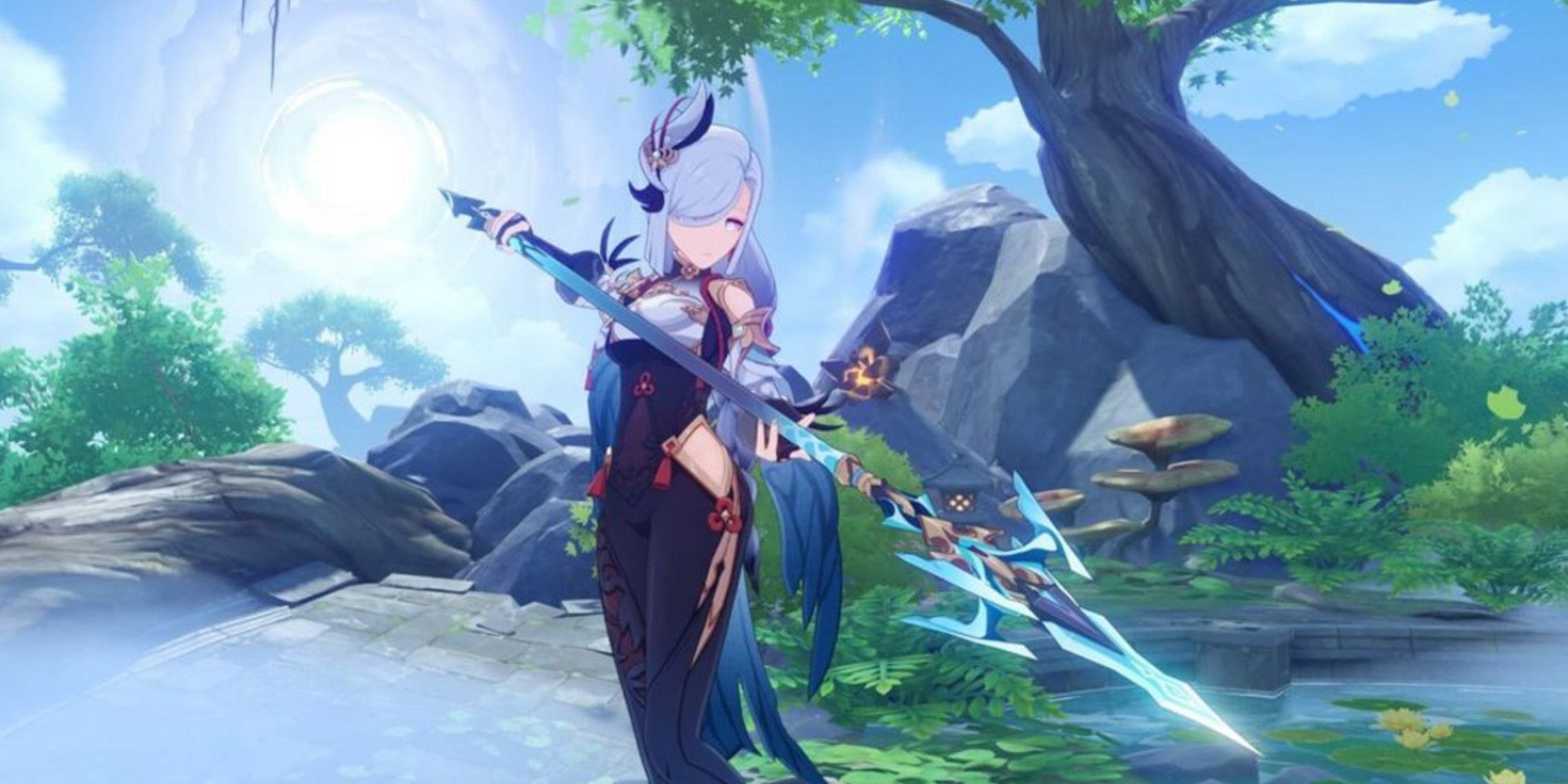 The holy grail of weapons for Shenhe, Calamity Queller, seemingly takes all of her best attributes and amplifies them. Starting with a base attack of 49, Shenhe's buffs are directly related to her attack and benefit the entire team. The 12-24 percent raise to elemental damage is the cherry on the cake, quickly followed by an up to 6.4 percent attack boost for all characters.

The Favonius Lance is the best four-star option, a great 44 base attack that rolls into an energy recharge skill and passive effect. Critical hits with the lance have a 60 percent chance at dropping elemental particles, freeing up-skill and burst options.

8 When To Switch To Shenhe One of the key tactics to make Shenhe worth her weight in primogems, is optimizing your skill and burst rotations which will change the game. The elemental skill can last 10 or 15 seconds, depending on whether it's held or pressed, but her elemental burst has a 20-second cooldown time.

Using her burst first lets you hold down your skill with your team getting the most damage before returning to it. Holding the elemental skill will also deal AoE Cryo damage that adds to the enemies beating.

7 The Learning Curve For Shenhe 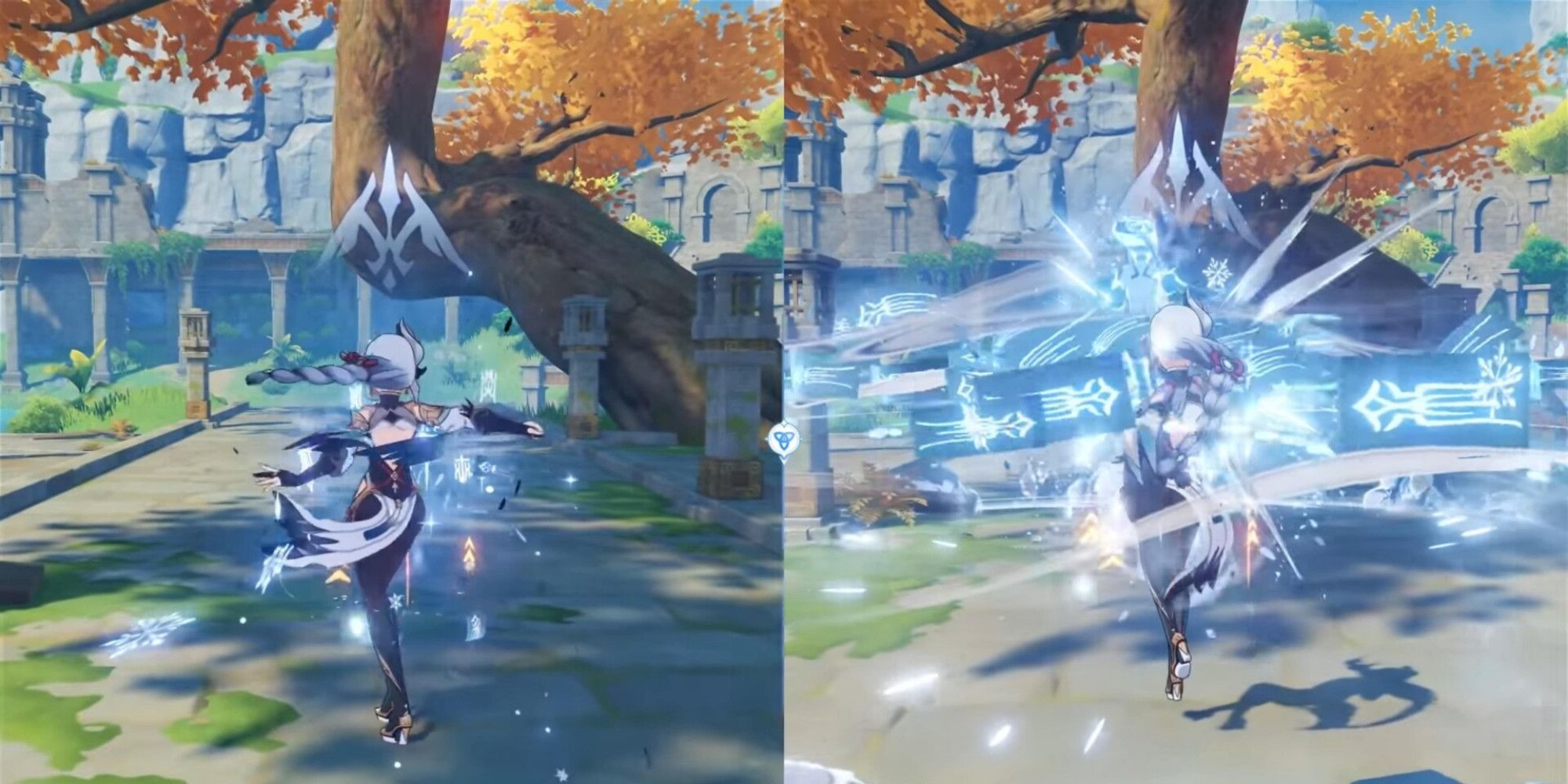 While some of the most powerful characters in Genshin Impact can be obvious to use, Shenhe has a definite learning curve. It will take some practice before you are comfortable enough with both timing and effects to operate at full power.

Luckily, Shenhe is a specific character that works in certain roles, narrowing the array of combat options that some characters have. As long as you put in dedicated practice time in lower-level domains, Shenhe can become the missing link to an offensive squad.

6 Building A Team Around Shenhe 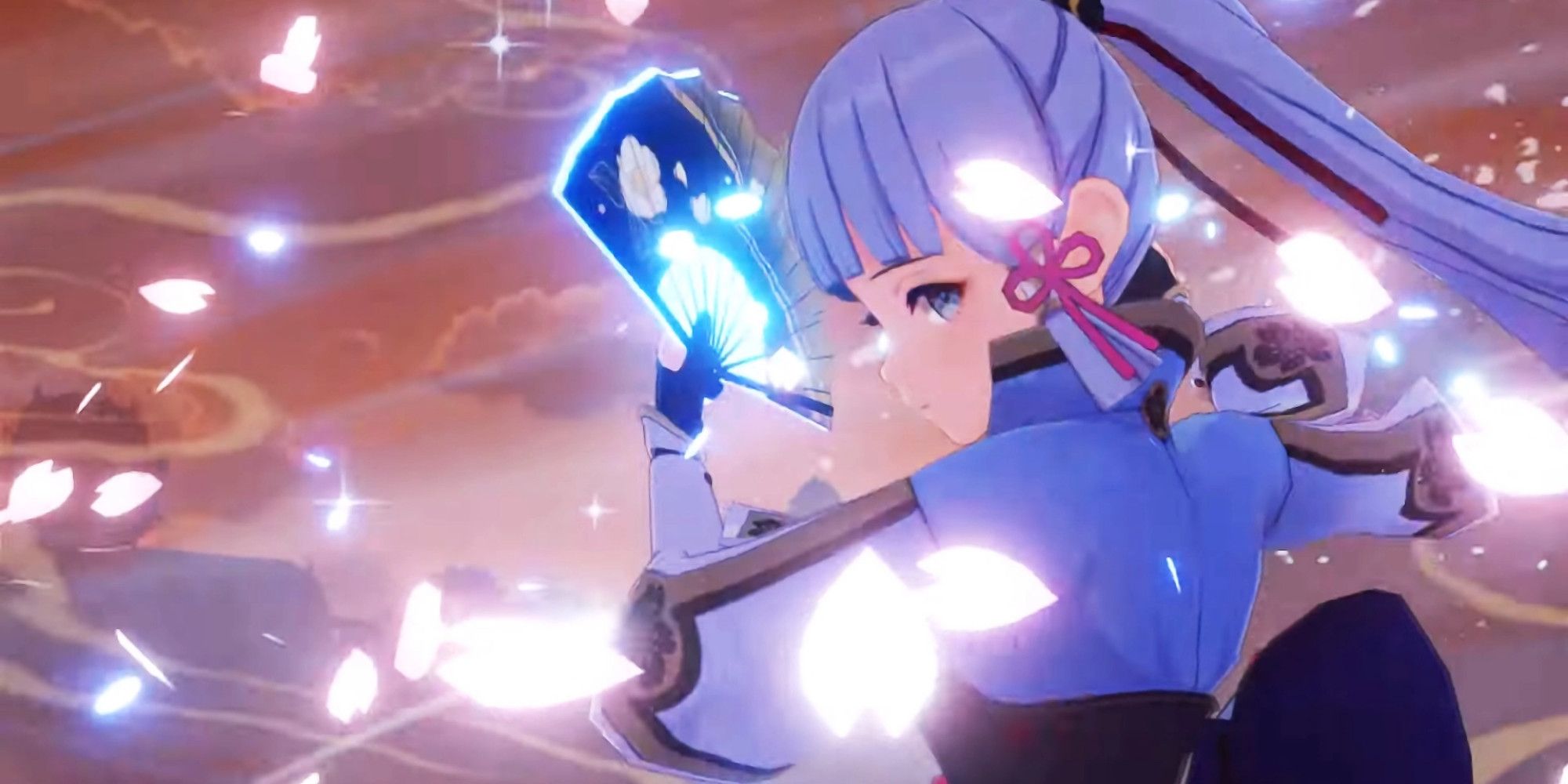 While every character benefits from good support, Shenhe needs a great team around her to thrive. Not only does she increase attack power, but her skills also weaken enemies with Cryo and physical attacks, opening up their defense.

Ayaka can effectively use all of Shenhe's buffs, upgrading her already high damage Cryo arsenal. The burst attack will further raise her damage numbers by shrinking their damage resistance. Ganyu is another top choice, adding to the highest damage numbers in Genshin Impact, Shenhe's multiple hit limits are quickly used with Ganyu's AoE abilities.

5 The Best Artifacts For Shenhe 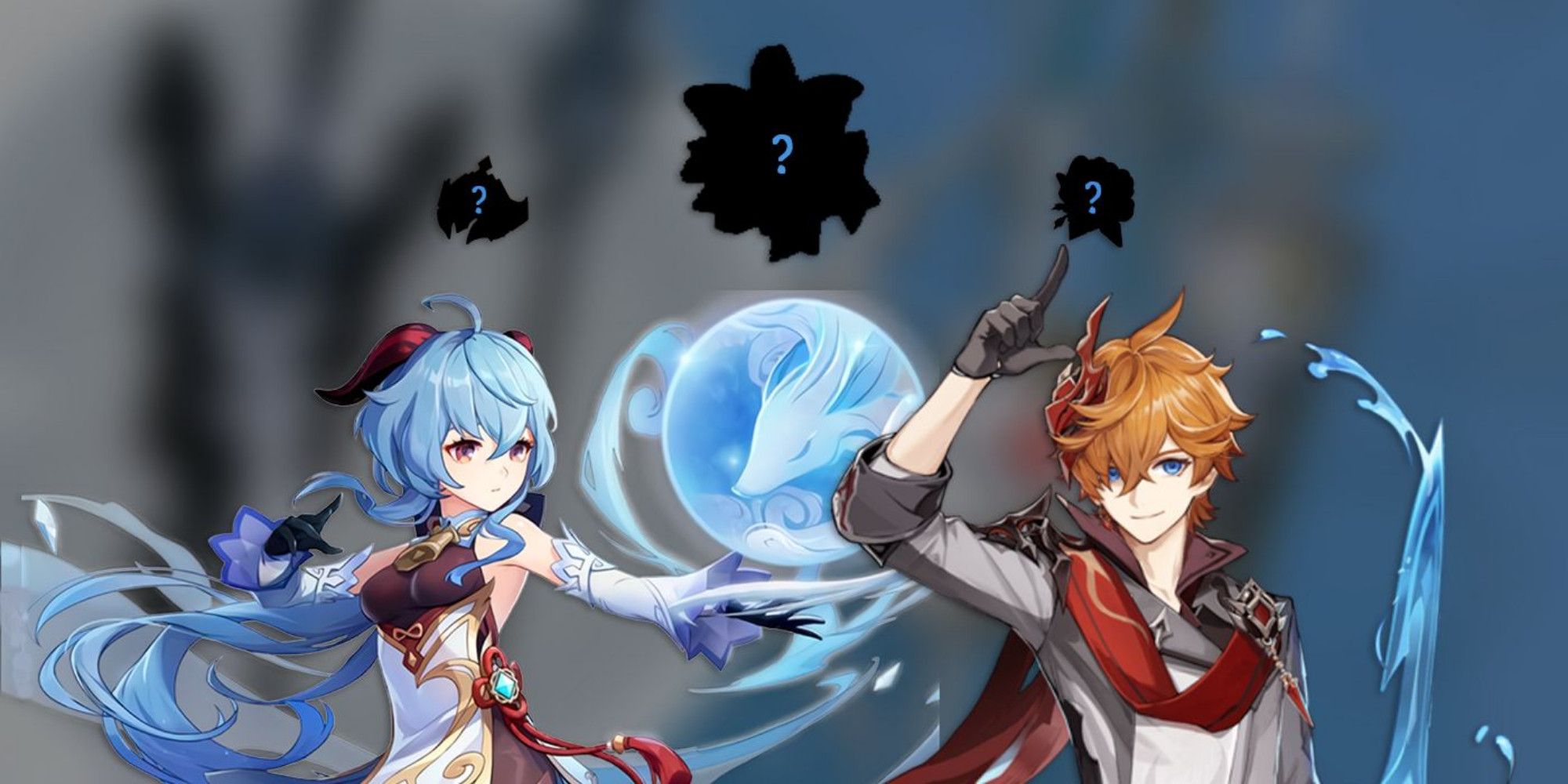 The Blizzard Strayer is the most straightforward artifact choice, giving you a Cryo damage bonus of 15 percent. A four-piece set will leave cryo-affected enemies open to a 20 percent crit rate increase, with frozen enemies getting 40 percent.

Noblesse Oblige works off Shenhe's burst damage and buffs, increasing burst damage by 20 percent, one of her main damage dealers. The four-piece increases your teammate's attack by 20 percent after an elemental burst, making the buff even more effective. 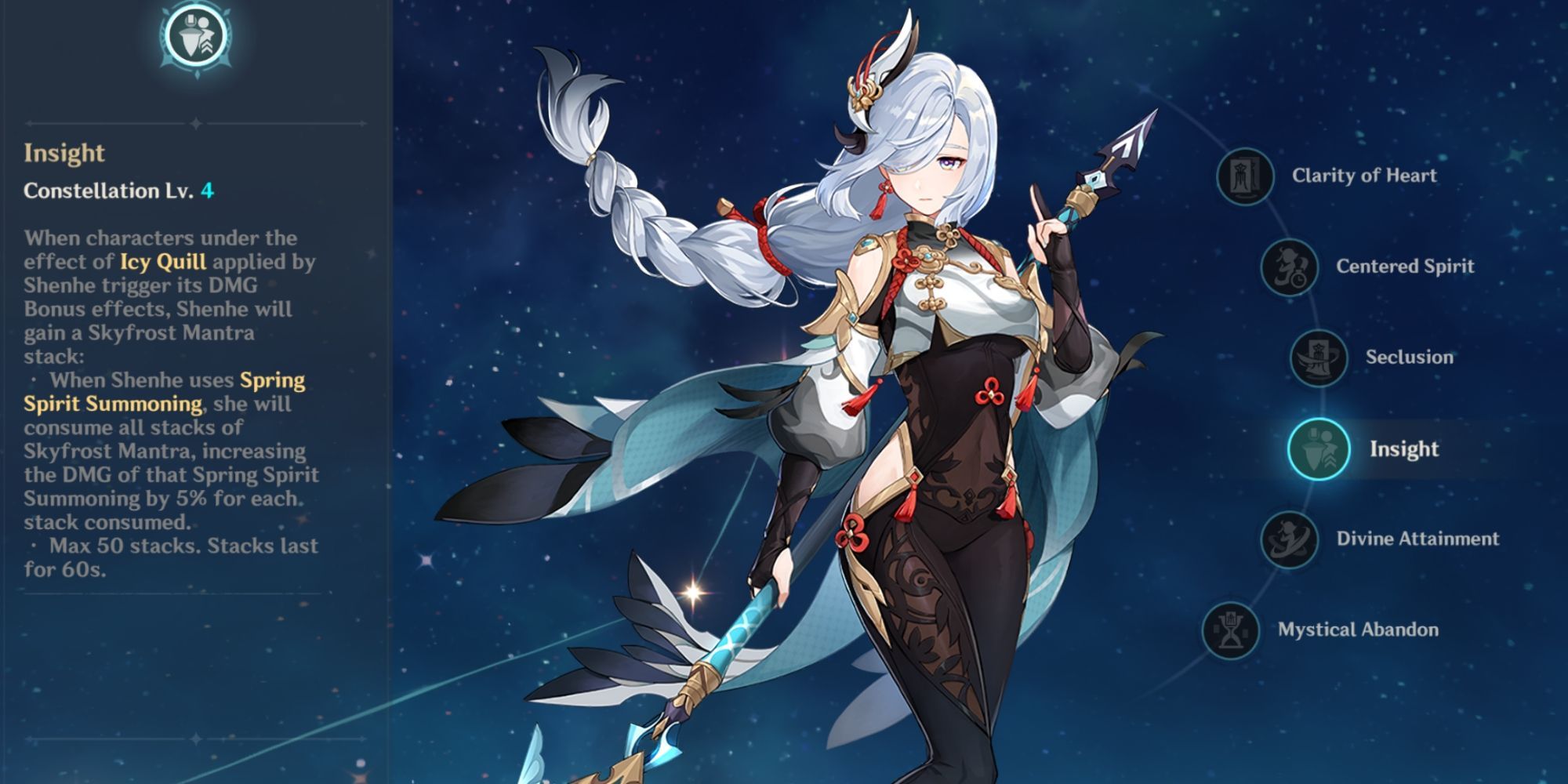 Some characters can get away with not using constellations, but Shenhe really shines when you hit certain choices. Mystical Abandon takes away the five to seven hit limit of Icy Quills, discounting normal or ranged attacks and leaving you clear to hit that limit in only elemental skill and bursts.

Clarity Of Heart is the most popular option, mainly because it takes Shenhe's fickle abilities and makes them reliable. Allowing Shenhe to use her skill one more time gives her a nearly constant rate of AoE Cryo damage when you rotate, evening out combat and adding her to the damage ranks. 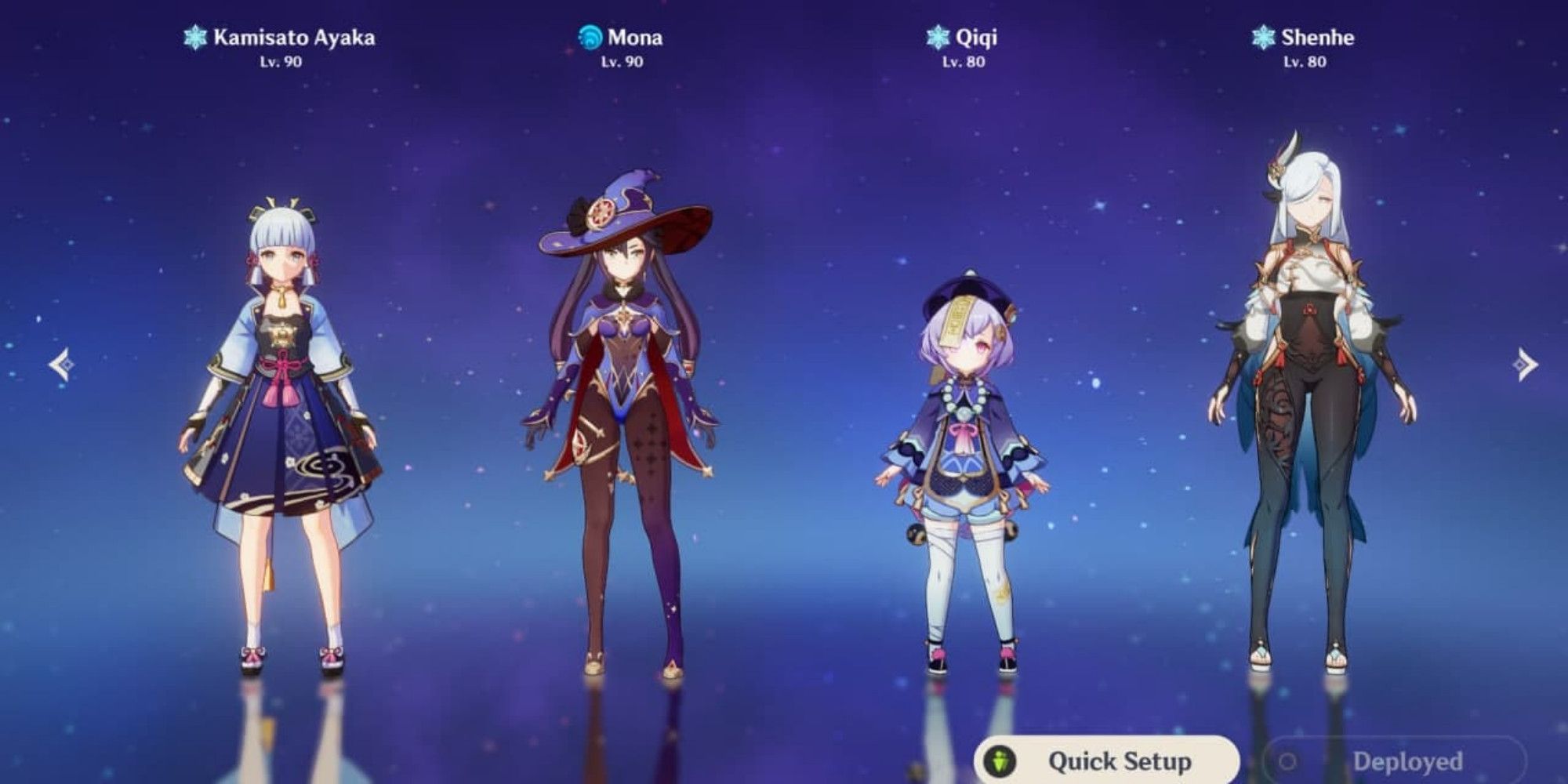 A niche character, Shenhe is an integral member of certain teams. Most characters can't utilize her buffs and won't be worth it in the way of damage, turning her into an all-or-nothing option.

Shenhe players will be limited in their choices, but when they find a team that works, no other character can fill that role. Limited use doesn't mean less valuable, only that you're not going to see her in most team setups and players aren't going to be well-prepared when she appears. 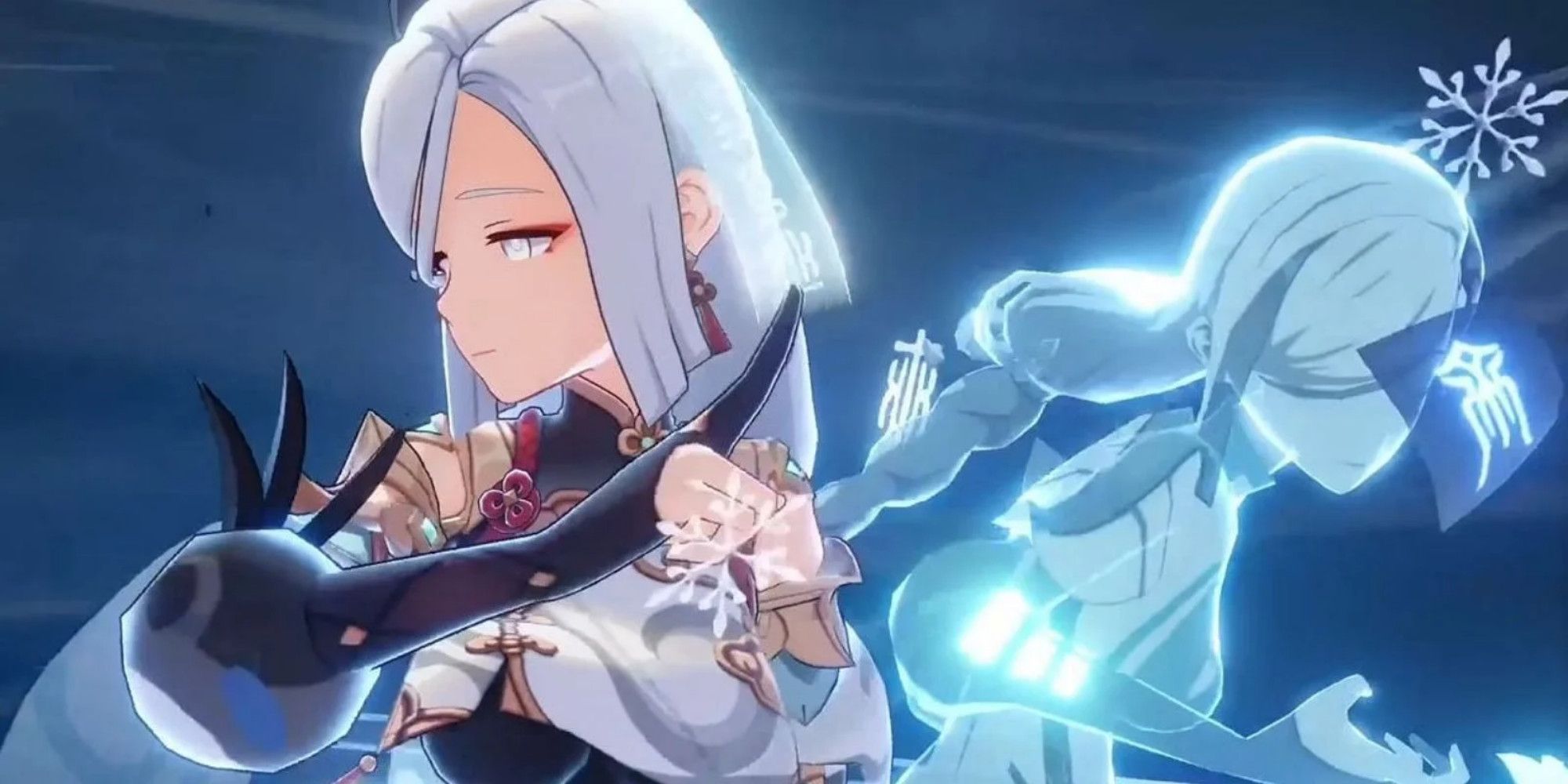 It's not only Shenhe's cool-down times you have to consider, with such a fast rotation every second has to be shaved off to better use time. Some characters have longer burst animations, taking away precious time and pushing out extra damage that could have been thrown.

Pushing the slower characters to the front of the line cuts down that waste. Character lineup is especially important if you're using the right constellations, giving her more space to squeeze as much damage output as possible. 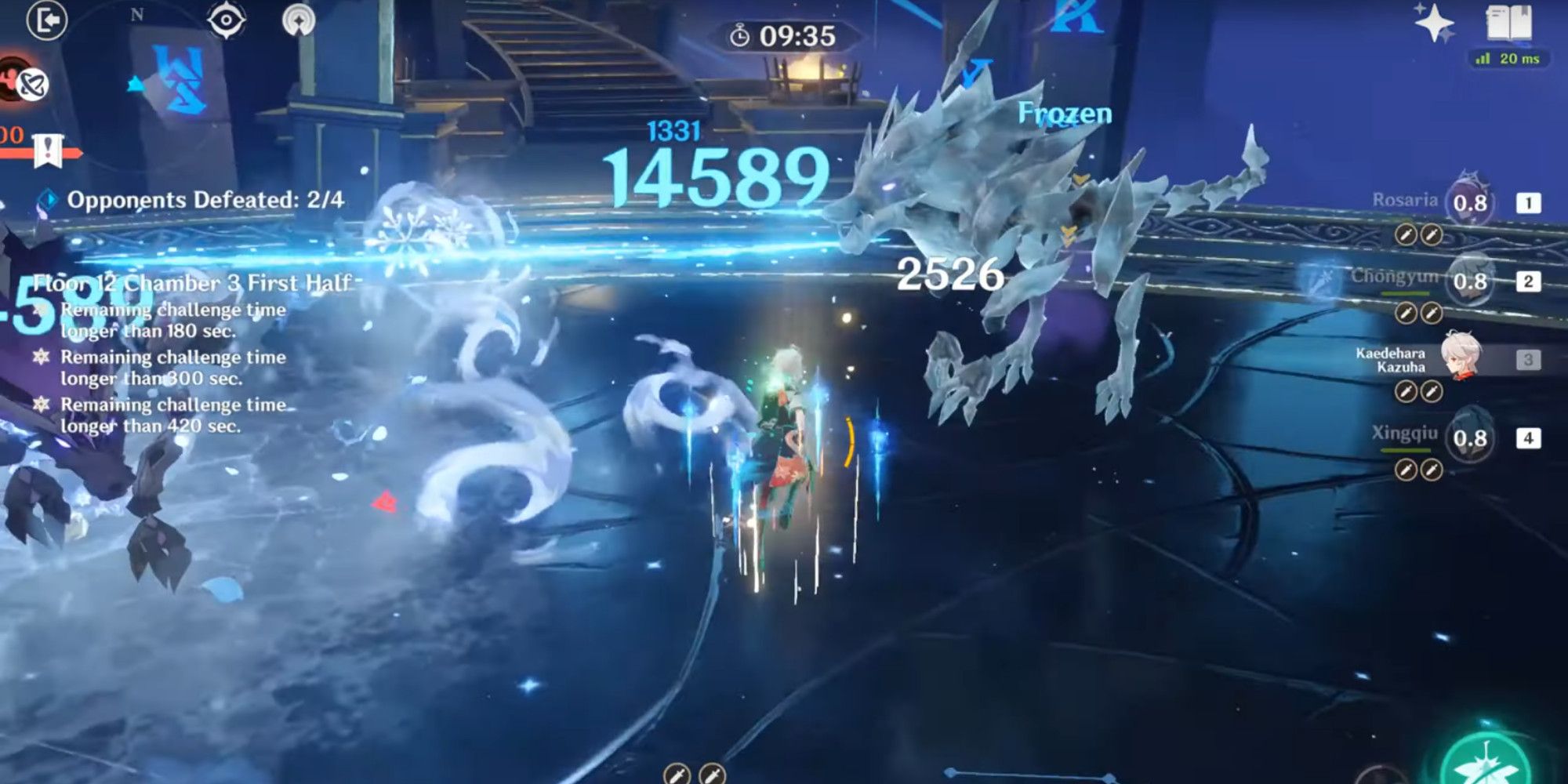 Placement is as important as timing, positioning the enemy in the weakest spot possible. Making sure the enemy is in the center of Shenhe's burst when they're frozen places every consecutive attack in range to use all of her buffs and deal maximum damage.

Using the burst and skill as close as possible to each other also lets the entire team benefit, all while dealing AoE damage. A freeze build is especially dependent on where the enemy is on the battlefield, you don't want them tucked in a corner or against a wall before the attacks follow through.