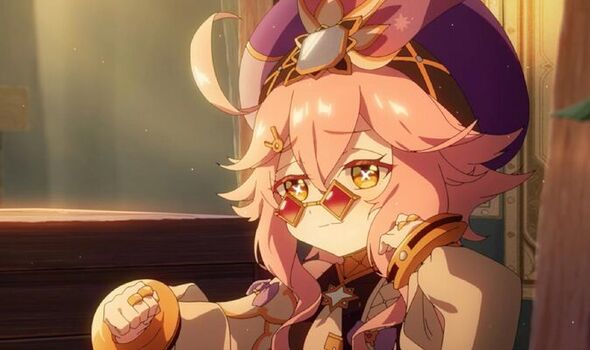 The Genshin Impact 3.1 live stream will be broadcast on Twitch with a full replay of the event becoming available on YouTube at 12pm UTC-4.

Here are the start time for regions around the world…

Genshin Impact 3.1 live stream US start time: 5am pacific, 8am eastern on Twitch (9am pacific, 12pm eastern for YouTube replay)

“Dear Travelers, the special program for Genshin Impact’s new version will premiere on the official Twitch channel on 9/16/2022 at 08:00 AM (UTC-4)!

In terms of what to expect from the upcoming live stream, the Genshin Impact special programme could reveal new banners for version 3.1. 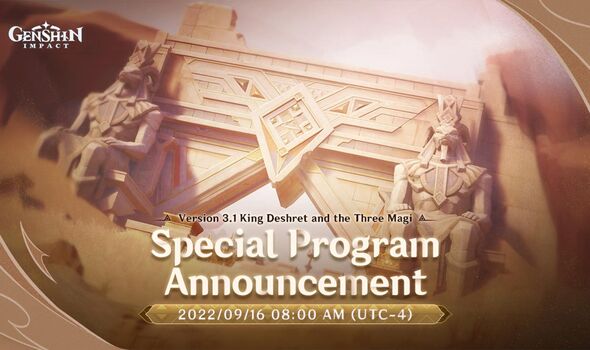 And according to leaker @Ubatcha1 Cyno and Candace (who are five star and four star characters respectively) will be included in the first wave of new characters for version 3.1, with Nilou in the second.

Nilou is another five star character who is believed to be a Hydro sword user, while Cyno and Candace are rumoured to use a polearm.

Speaking about the new upcoming banners, Genshin Impact leaker @Ubatcha1 said: “Cyno and Candace are in the first banner afaik.

“Nilou in the second”.