As an astrologer, Genshin Impact's Mona could probably predict that she'd be an absolute monster of a sub DPS or support if given the right weapon. With easy passive damage and a famously effective elemental burst, the five-star hydro character can help her teammates wipe out entire crowds of enemies at the drop of a hat. Additionally, her ability to constantly apply the wet status effect to enemies makes her a magnet for powerful elemental reactions such as vaporize and freeze.

Once a player is able to get a solid understanding of her admittedly complex kit, boss fights and challenges met in the Spiral Abyss become much easier. She synergizes well with other characters, she's available indefinitely through wishing, and she has the potential to fill any role within a team. With her flexibility and accessibility in mind, there is really no excuse not to build her to her fullest potential.These weapons will help. 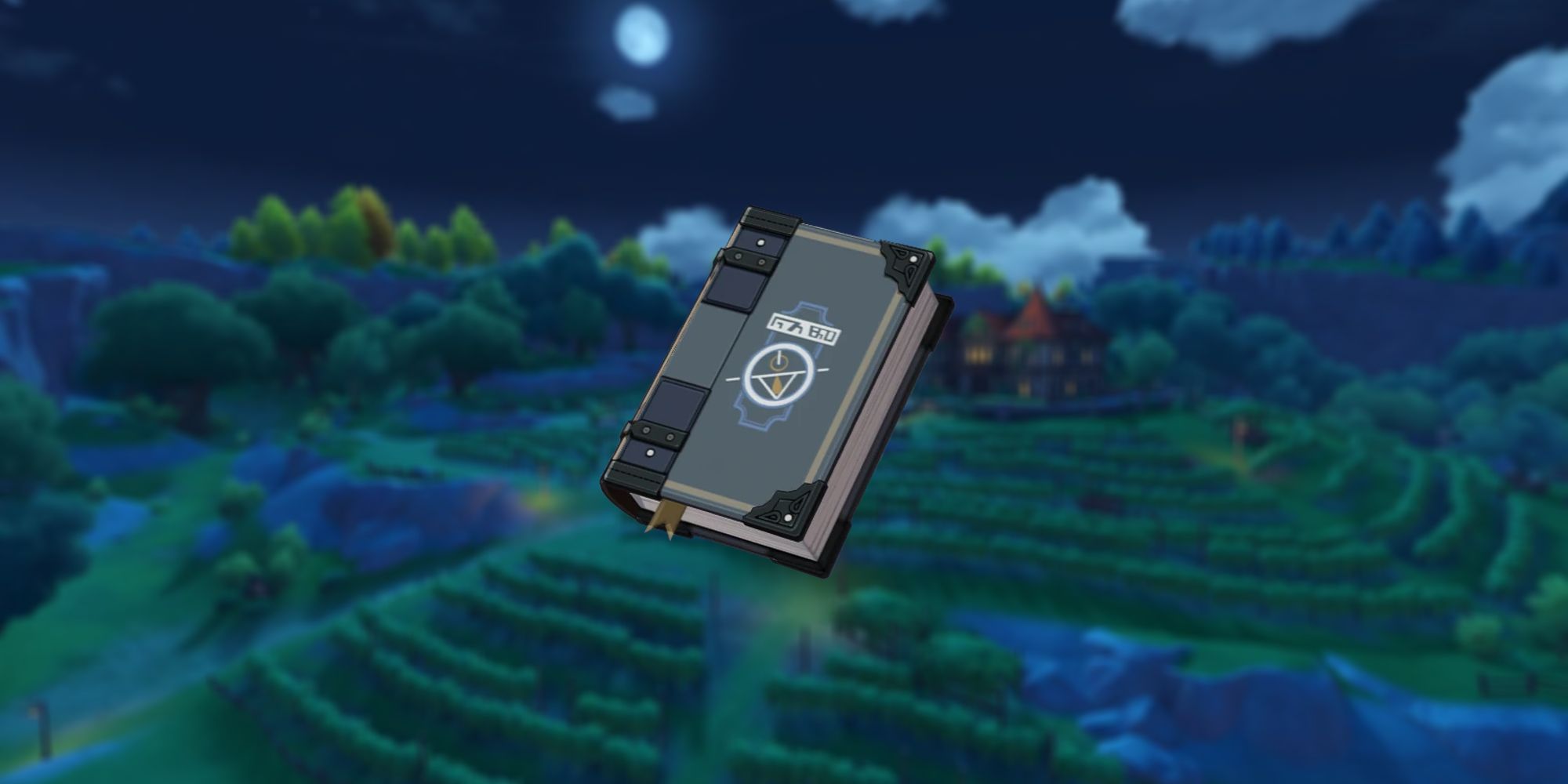 As far as three-star weapons go, magic guide is a strong choice for Mona. Because she is able to consistently apply hydro to enemies, she can make good use out of this catalyst's sub stat of elemental mastery and its refinement effect, which increases damage to opponents affected by hydro or electro.

With its relatively high drop rate and simple mechanics, this is a great weapon for players who are still new to the game. 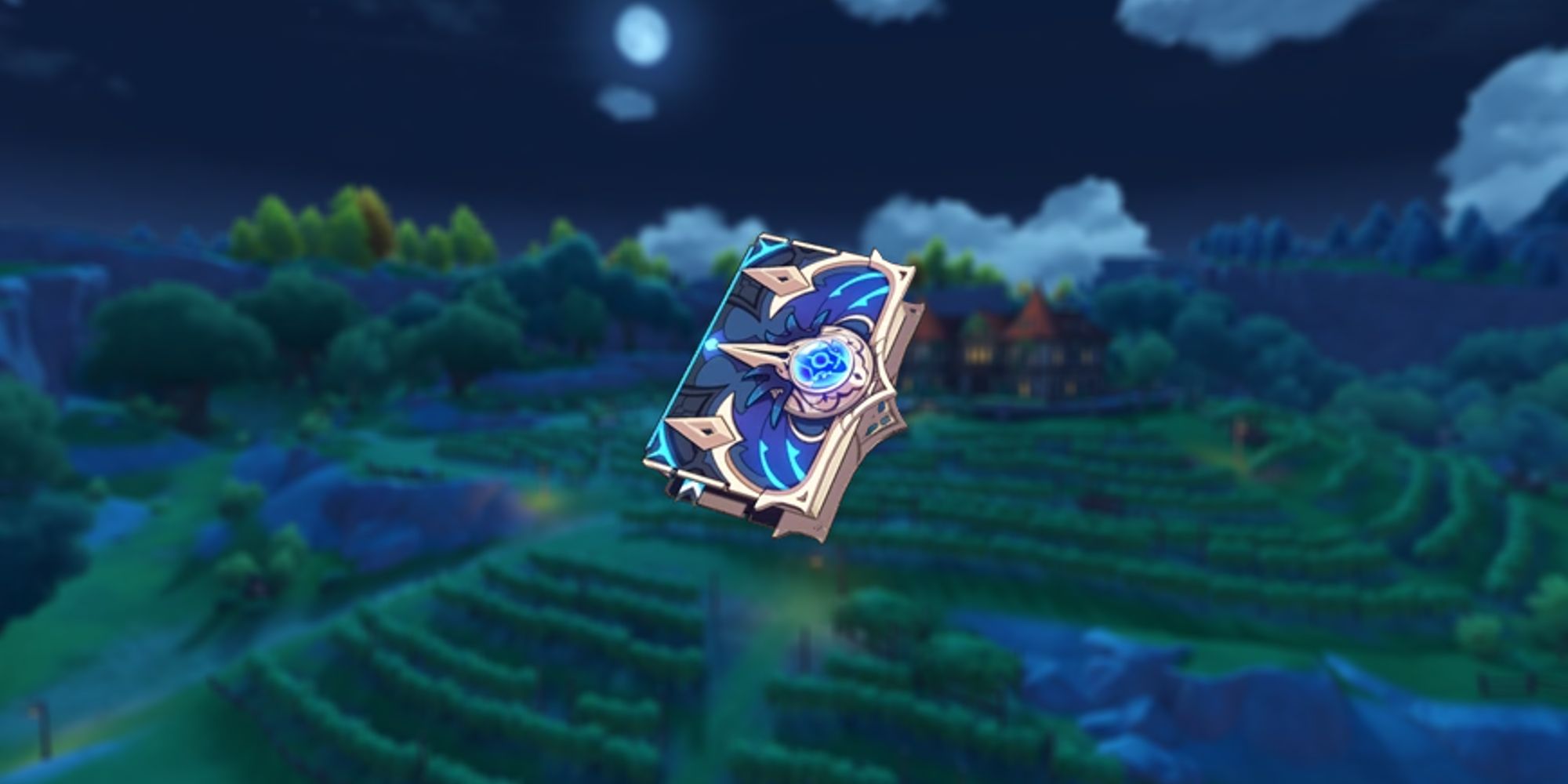 Mona benefits immensely from her energy recharge rate, as she gets a hydro damage bonus that equates to twenty percent of it. Of course, higher energy recharge also results in quicker-to-build elemental bursts, which is a very important mechanic to consider when running this astrologer. With these things in mind, the energy recharge sub stat on this weapon is an ideal buff for Mona, and it can help to massively increase the damage output of her and her teammates.

The refinement effect on Wine and Song only further supports Mona, since it decreases the stamina consumption used while sprinting. Additionally, it increases the wielder's attack by twenty to forty percent (depending on refinement level) for five seconds after sprinting. Because her kit rewards using her alternate sprint – it ups her movement speed, applies the wet status to opponents, and it can even create an extra phantom – this effect is tailored to her playstyle. 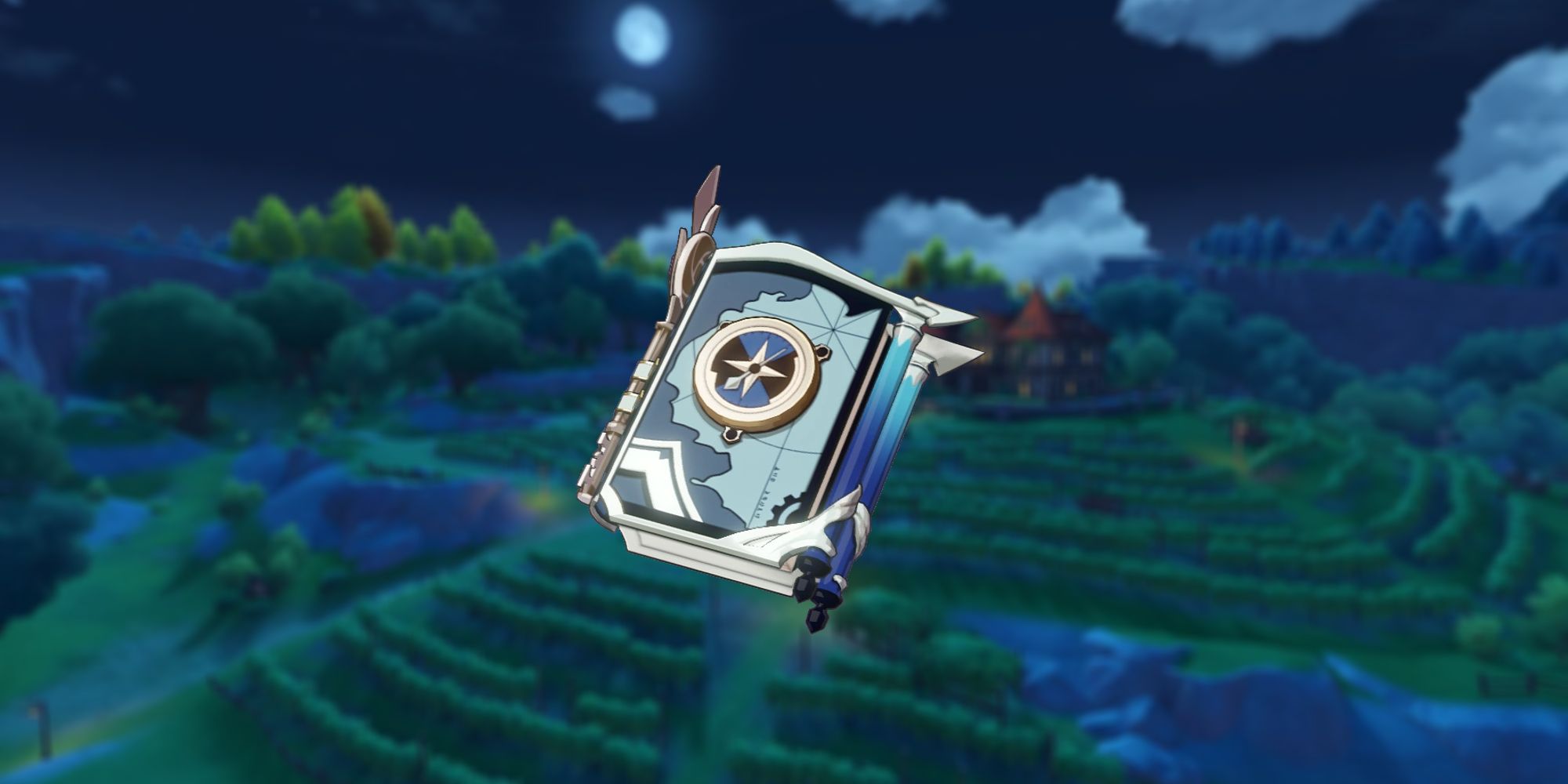 Since Mona's biggest selling point is her game-changing elemental burst, Mappa Mare, can help maximize her effectiveness. When she uses her elemental burst, it increases attack damage for its duration. If Mona has acquired her first constellation, it also increases hydro-related elemental reaction damage and freeze duration by fifteen percent.

These effects can combine with Mappa Mare's elemental mastery bonus and elemental damage bonus to help Mona and her teammates land massive blows on opponents. 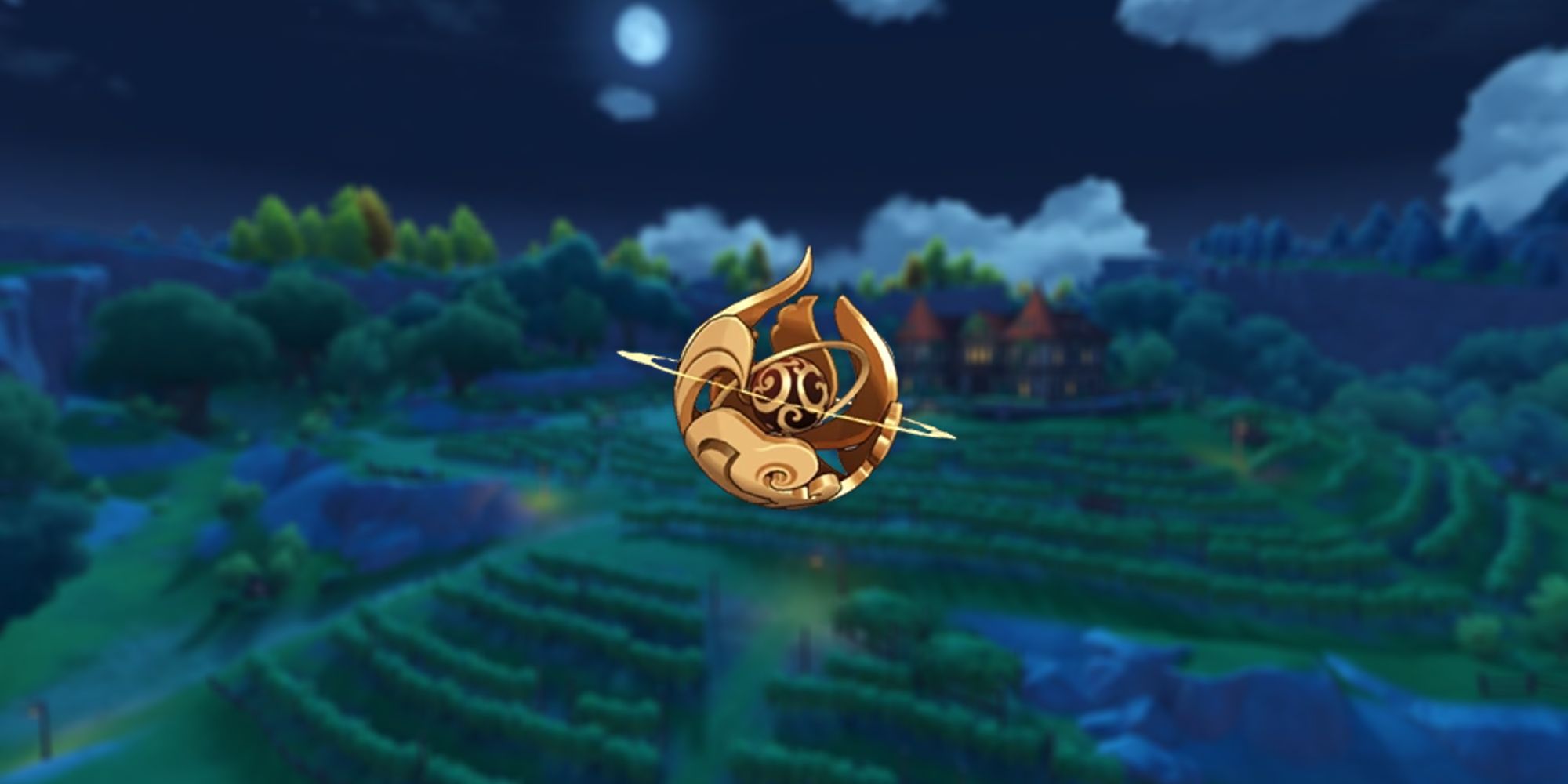 This catalyst is only available through Genshin Impact's battle pass system, Gnostic Hymn, so it unfortunately is not available to F2P players. To players fortunate enough to have it, though, Solar Pearl can be a great addition to a DPS or sub DPS Mona build. 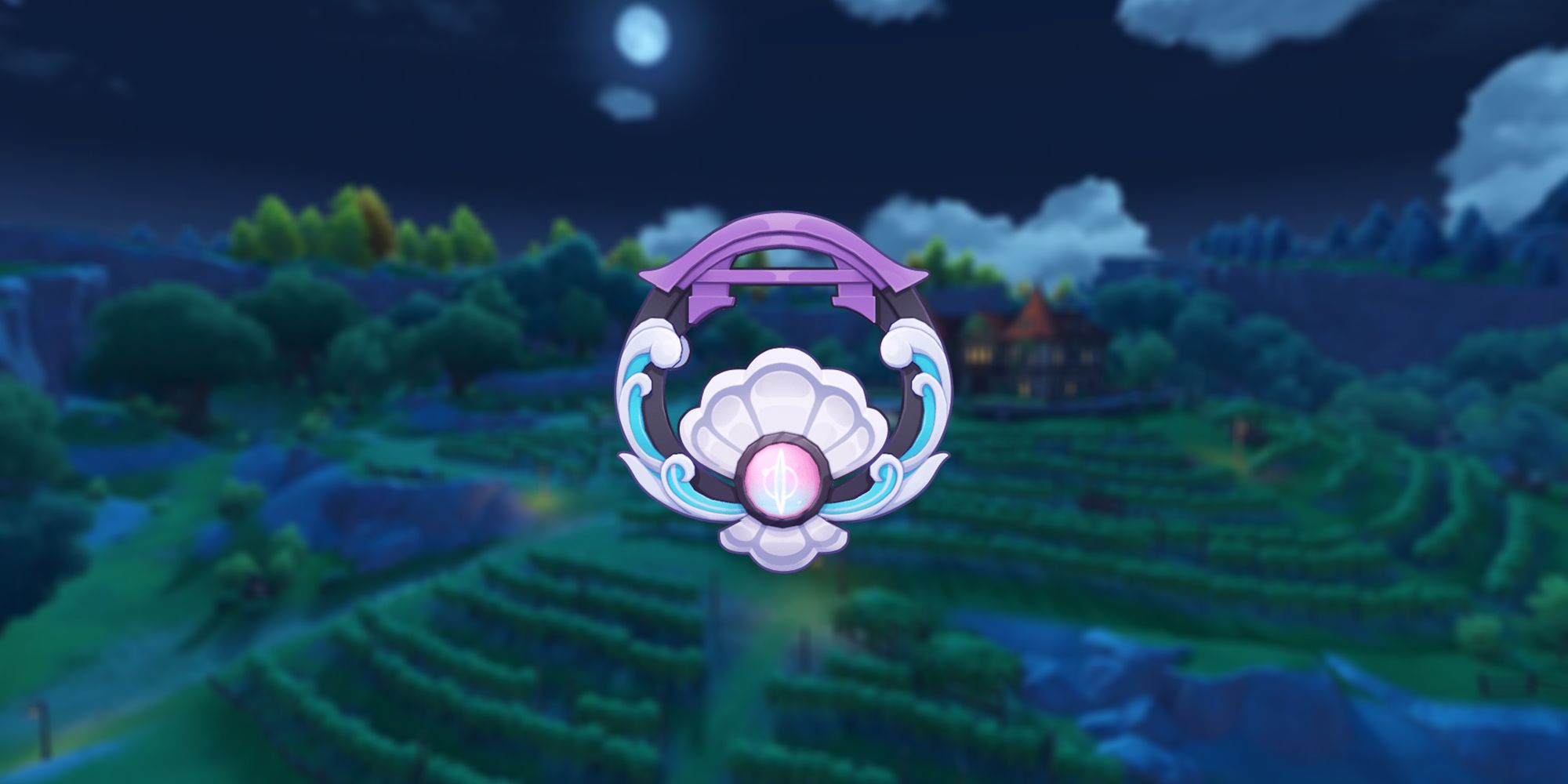 This event-specific, four-star catalyst ups attack and increases energy recharge after the use of an elemental skill.

With Mona's attack stat benefiting from high energy recharge, this weapon can help build her damage to incredible heights while also minimizing time between uses of her elemental burst. This means she can help tear through enemy lines while also regularly providing huge buffs to her teammates. 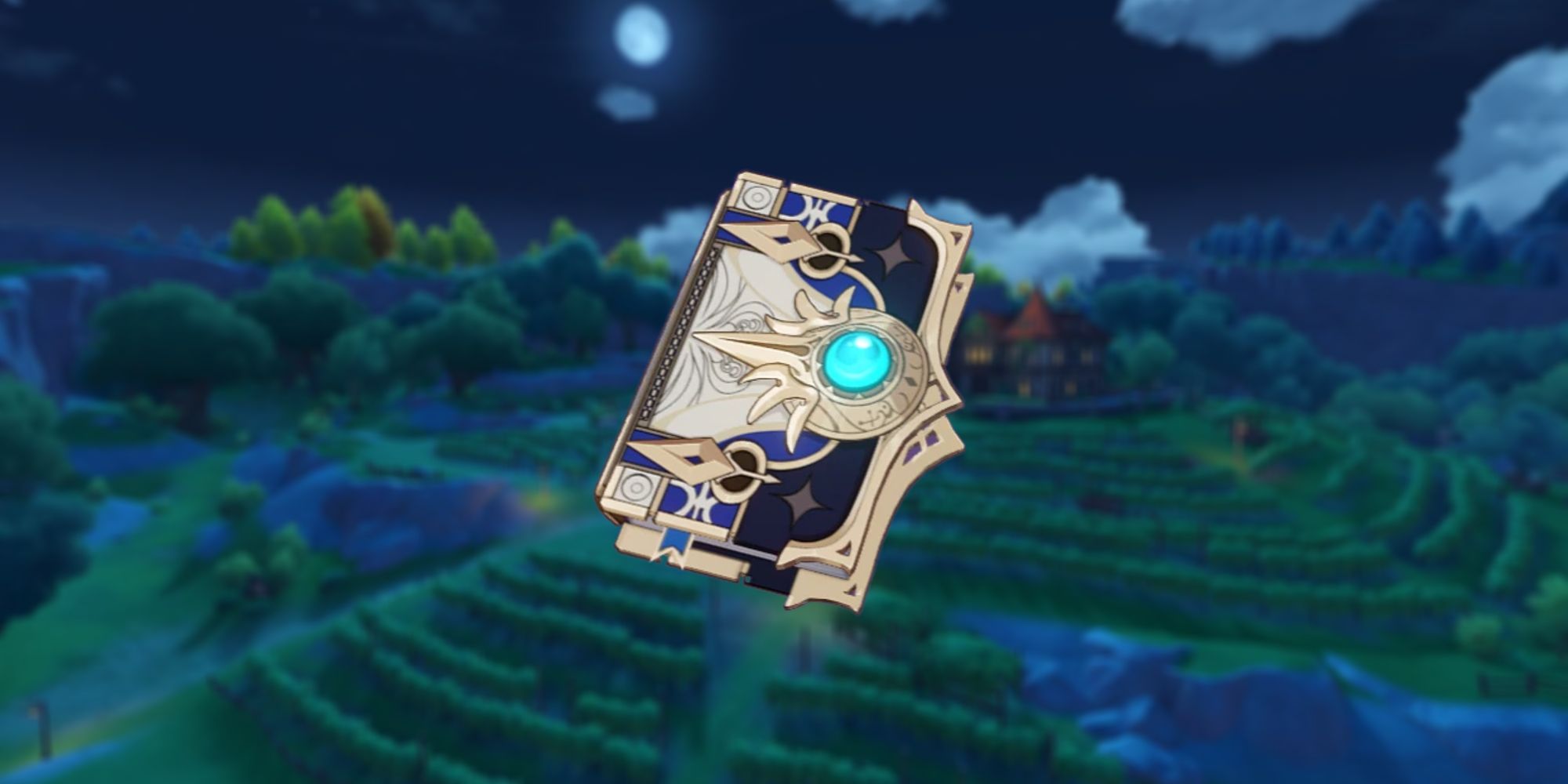 The Favonius Codex is another weapon that applies a large boost to energy recharge stat of the wielder. It's worth noting that it ups energy recharge by up to 45.9 percent, which is the highest energy recharge increase a catalyst can offer its wielder as a sub stat. For comparison, both Hakushin Ring and Wine and Song applies a maximum 30.6 percent increase to it. This, and the chance it offers for the generation of six extra elemental particles, makes the Favonius Codex a strong contender for Mona's most preferred weapon.

As previously stated, energy recharge is a high stat priority for Mona, whose total attack benefits from it greatly. Of course, it's also important for her because it allows her to quickly build her elemental burst. It is absolutely necessary to keep these things in mind when farming for artifacts and choosing her catalyst! 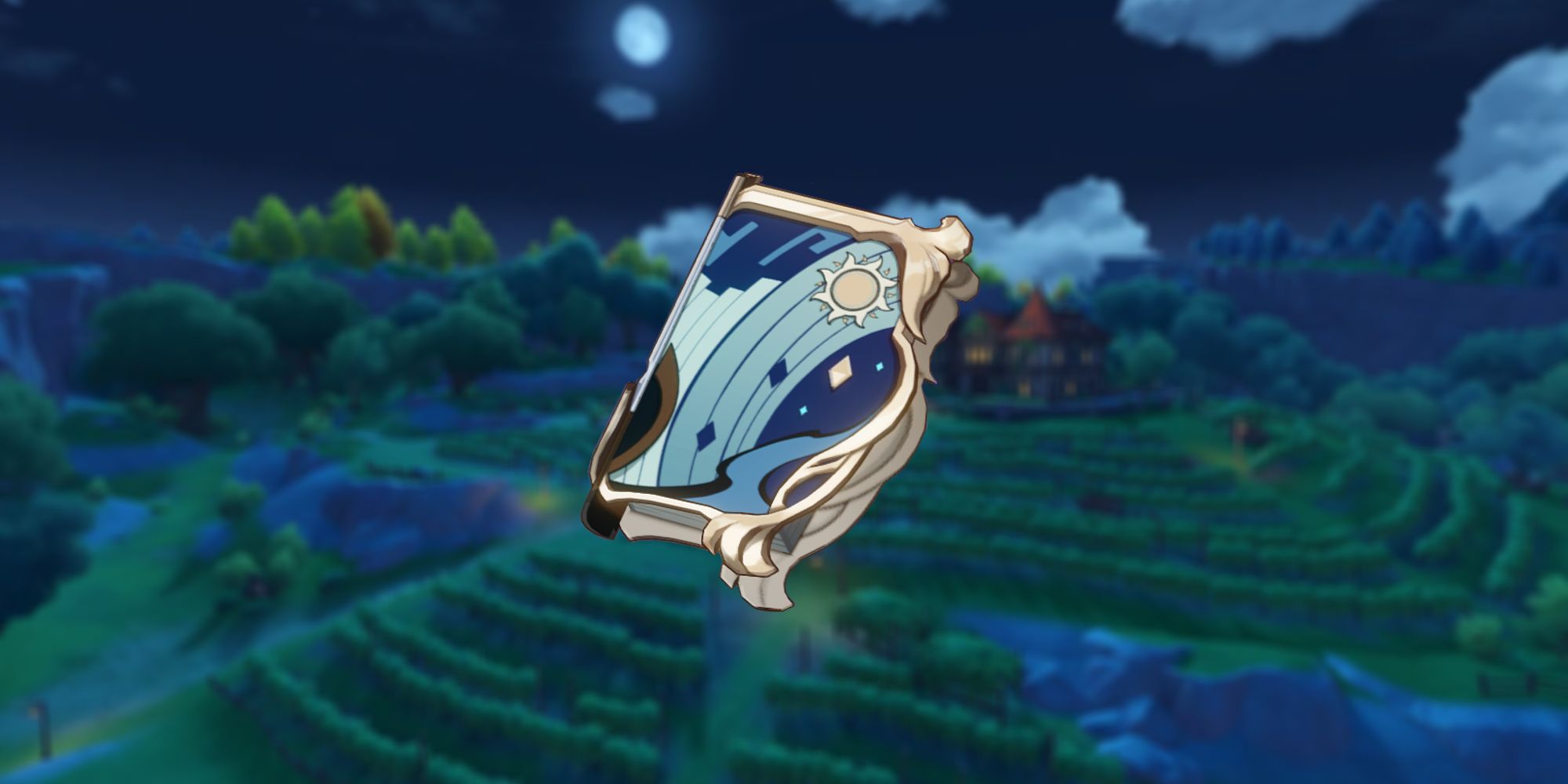 This four-star weapon is featured on most lists ranking the best catalysts. In fact, it's recommended for Barbara, Klee, and Yae Miko among many others. The reason for that is obvious: it's a highly flexible weapon that offers massive stat increases across the board. This is how it works at refinement level five:

The only downside to this weapon is the lack of buffs to energy recharge, but this issue is easy to work around due to the sheer power behind the rest of its effects. Mona can easily benefit from the huge crit rate and attack increase as well as the support added to the elemental reactions that she consistently triggers. 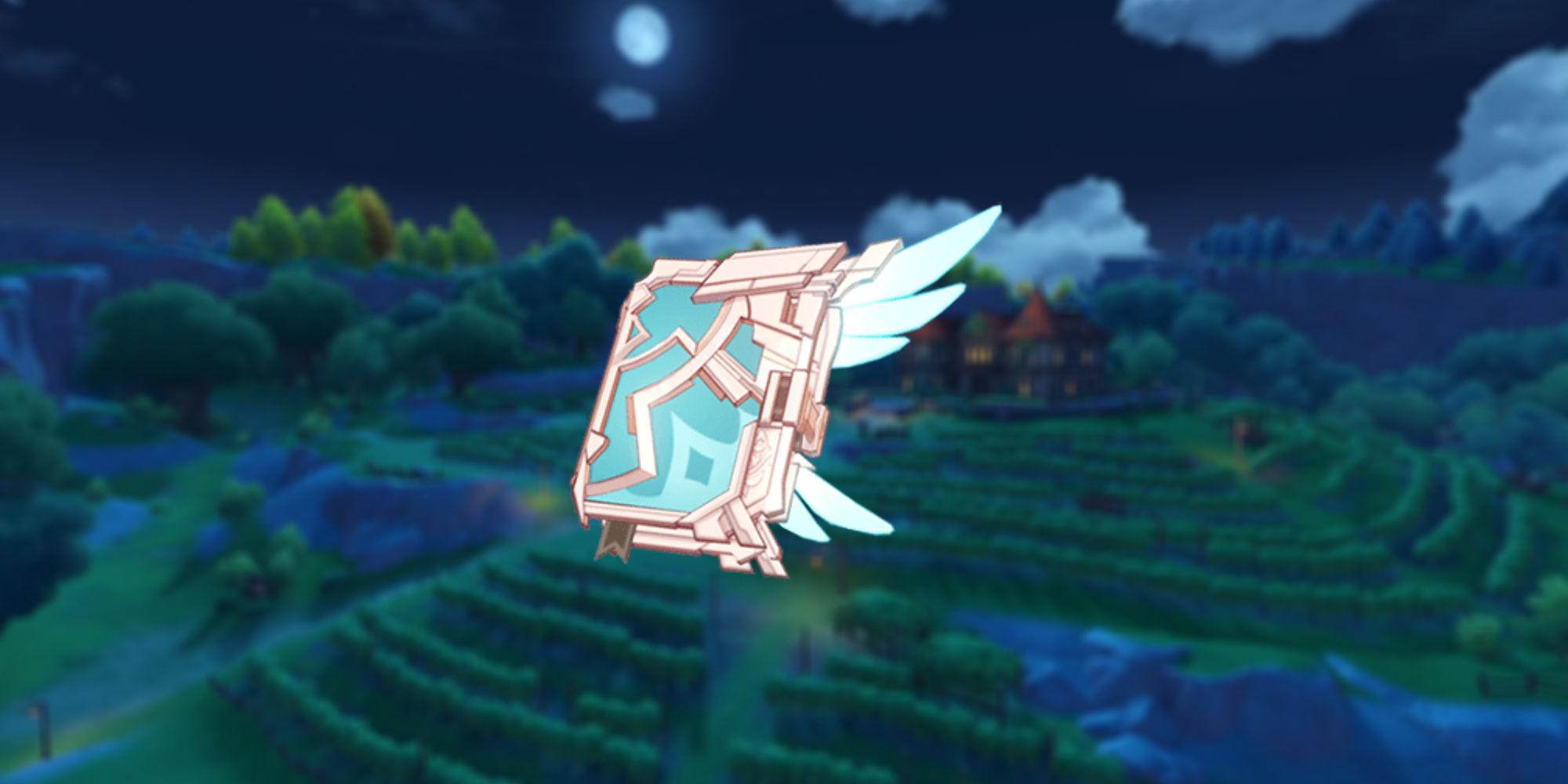 This five-star weapon sets itself apart from the rest with its high base attack of 674, which is raised even higher by its attack sub stat. In addition to the large increases in damage it provides its wielder, it also ups elemental damage. If that wasn't enough, normal attacks have a fifty percent chance of calling down the favor of the clouds, which seek out opponents and deals damage 160 to 320 percent of the wielder's attack, depending on refinement level. This effect can be triggered every thirty seconds.

Though it isn't traditionally the kind of weapon that's paired with Mona, it is the most compatible of the five-star catalysts that have been released thus far. Even without stats like elemental mastery and energy recharge behind it, its damage potential makes it a weapon of mass destruction that Mona can use to mass murder anything from Hilichurls to weekly bosses.