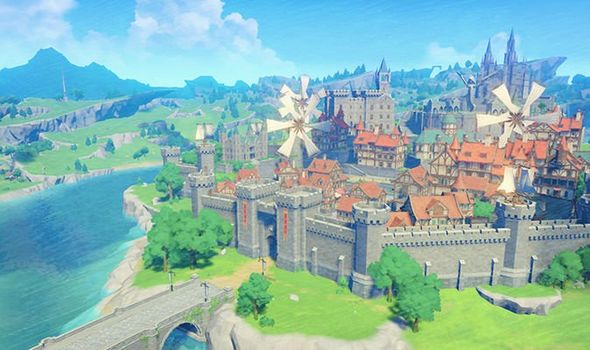 Genshin Impact is coming to Nintendo Switch consoles in the future, is currently available on PC, PS4 and Mobile platforms, but probably won’t make it to Xbox One. The hit new free-to-play RPG has been making waves since it was first announced for the PlayStation 4, and is now available across a number of platforms. Millions have already downloaded it and it looks set to arrive next on the Nintendo Switch and Switch Lite consoles. The downside is that developers MiHoYo has revealed that the one platform not expecting a Genshin Impact release date announcement is Xbox One.

This was revealed during a recent interview with Game Rant, where is was confirmed that next-gen consoles could still see a launch.

“We have plans regarding next-generation consoles, and we will be announcing them as these plans take shape,” a spokesperson told Game Rant.

“We do not currently have plans to release the game on Xbox.”

The big downside for current-gen RPG fans is that Genshin Impact will probably never make it to Xbox One.

The upside is that the Xbox Series X and the PS5 look set to receive full support, with plenty of new content being planned for the game.

So while we don’t have much hope for Genshin Impact coming to Xbox One, what about Nintendo Switch?

The good news is that developers MihoYo has confirmed plans to release Genshin Impact on Nintendo Switch. The current version of the game was launched in September and is proving popular in its current free-to-play version.

The same deal is expected with Nintendo, meaning Genshin Impact will be F2P on Switch too. There was a paid version of the game made available leading up to its launch, and there’s a chance a starter pack will be made available on Switch.

The latest information on the Switch version of the game reads: “Open-world ARPG game Genshin Impact will come to Nintendo Switch in the future.

“So far, Genshin Impact is expected to be available on PlayStation, Nintendo Switch, PC, iOS and Android.”

While we know that Genshin Impact is being released on Nintendo Switch in the future, all we have for now is that it is “coming soon”.

It seems unlikely that Genshin Impact will be coming to the Switch in 2020, with a beta expected to come before release.

This was touched upon during a recent interview with RPG Site, with head of miHoYo communications Sam Lai providing this update:

“The Switch version of Genshin Impact is currently under development. More information regarding Switch beta testing and launch dates will be announced at a later time.”

For now, Genshin Impact will remain available on a number of platforms, including PS4, PC, Android and iOS.

For more on what the game is about, you can read the official for Genshin Impact below:

“In Genshin Impact, you play as a mysterious being known as the Traveler. After you are suddenly separated from your sibling, you find yourself stripped of your former powers and helplessly stranded in a new unfamiliar world.

“You have arrived in Teyvat — a fantasy world where the seven elements flow and converge. But you are not alone.

“Here you will embark on an epic journey to find your lost sibling and unravel the many mysteries of this world, meeting a host of faithful companions along the way as well as powerful enemies who seek to challenge your quest.”