Even though it is more of a secondary mechanic to the deep RPG systems in Genshin Impact, cooking can help you to overcome an otherwise losing battle by providing your team with powerful buffs. You’re introduced to the concept very early on, and throughout the game you’ll pick up dozens of ingredients all over the world. If you want to make the absolute best DPS food in Genshin Impact, you’re going to want to be on the lookout for crabs. Unlike other ingredients, like plants and flowers, crabs aren’t something you’ll stumble upon naturally. Here’s how to farm crabs in Genshin Impact in order to cook up a meal that will send your damage numbers through the roof.

How To Farm Crabs In Genshin Impact

As is the case with just about every cooking ingredient in Genshin Impact, you can either choose to go out and collect crabs by hand or purchase them in limited quantities from a vendor. The recipe you’re picking all these crabs up for is the Adeptus’ Temptation, which will buff your entire party’s attack by 372 and increase your crit rate by 12% for 300 seconds. 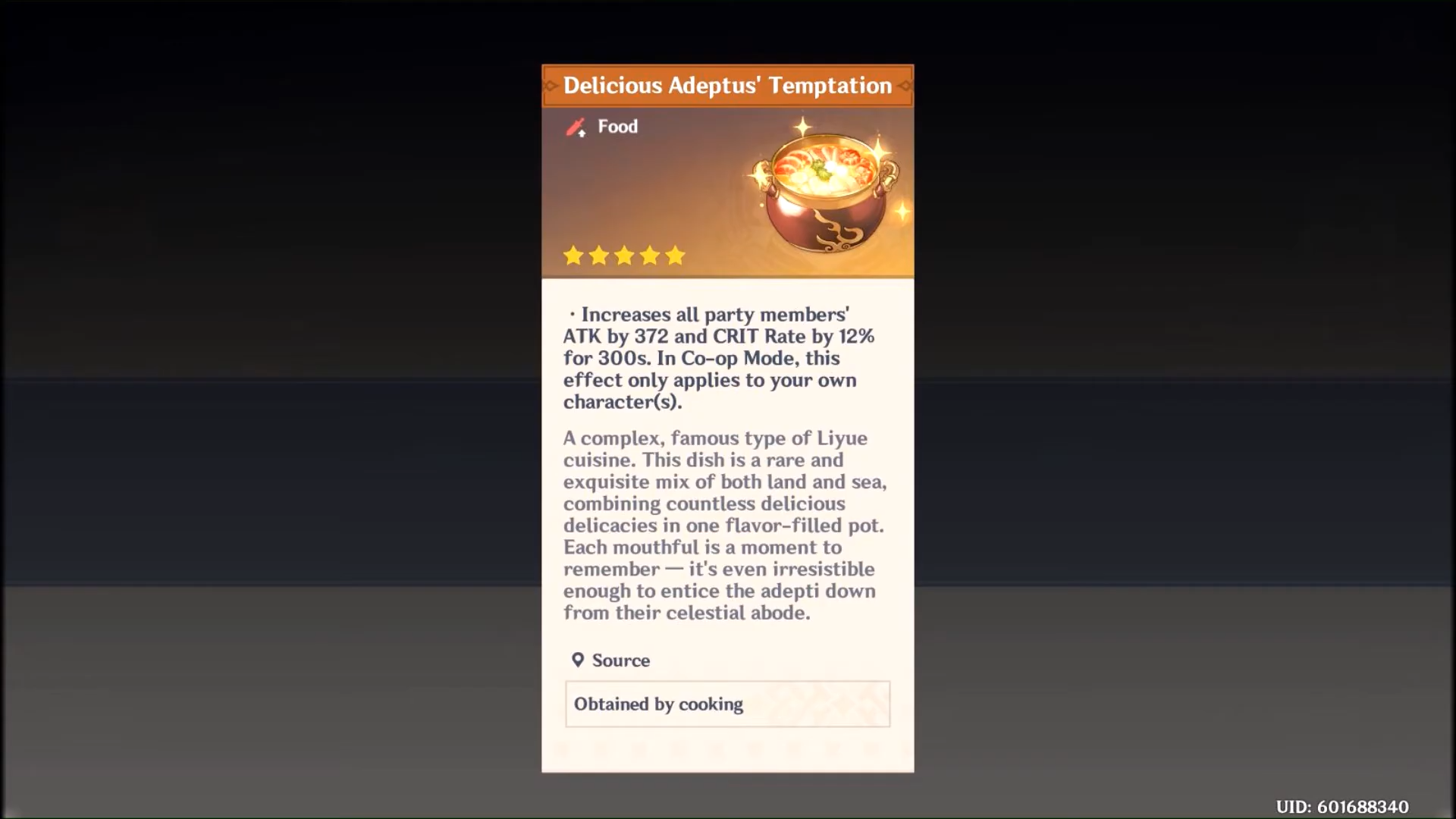 The first great place you can go crab farming, assuming you can make it there, is the uninhabited island — where you’ll also need to go for a difficult quest. It is a long glide, and even longer walk if you’re using Cryo abilities to make a path across the water, but venturing there is well worth it for the abundance of crabs you can collect. You’ll find a bunch on the southern shore scuttling in and out of the water. They’re kind of quick, so dash in to grab them before they burrow under the sand and escape.

Two other great spots to collect your crabs are located in the Guyun Stone Forest along the shore, as well as at the Falcon Coast. Again, keep your eye close to the shore and snatch them up before they can get away. Because crabs are so common around these beached areas, it is always worth taking a look whenever you’re near a shore to see if you can grab a few for future meals — the more you collect, the more DPS food you’ll be able to cook.

If you’re in a pinch, or just in the area, Uncle Sam in Liyue harbor sells all kinds of seafood, including crab. You can get a stack of five for just 240 Mora, which might as well be free considering the value you’re getting out of them.

To make one serving of Adeptus’ Temptation you will need:

After collecting all of the above ingredients, cook up as many servings of the Adeptus’ Temptation dish as you can carry. Be sure to pack some extra for the road so that you can enjoy your newfound strength thanks to the humble and easily farmed crab.

Next: Genshin Impact – The Best Ways To Cook Paimon