Genshin Impact weekly missions are a core part of the game’s Battle Pass, which resets on a monthly basis. If you want to max out your Battle Pass for each period — which will allow you to earn some pretty great rewards — you’ll want to make sure you’re completing every single weekly challenge on offer, as racking up enough EXP to reach Battle Pass level 30 without spending real money is no easy feat.

That being said, Genshin Impact weekly missions are generally pretty easy to complete — if anything, you should be able to finish most of them in one or two sittings. As a means of describing how to do this in the easiest and most efficient way, we’ve taken the liberty of putting together this Genshin Impact weekly missions guide, which should help you max out the Battle Pass in no time. 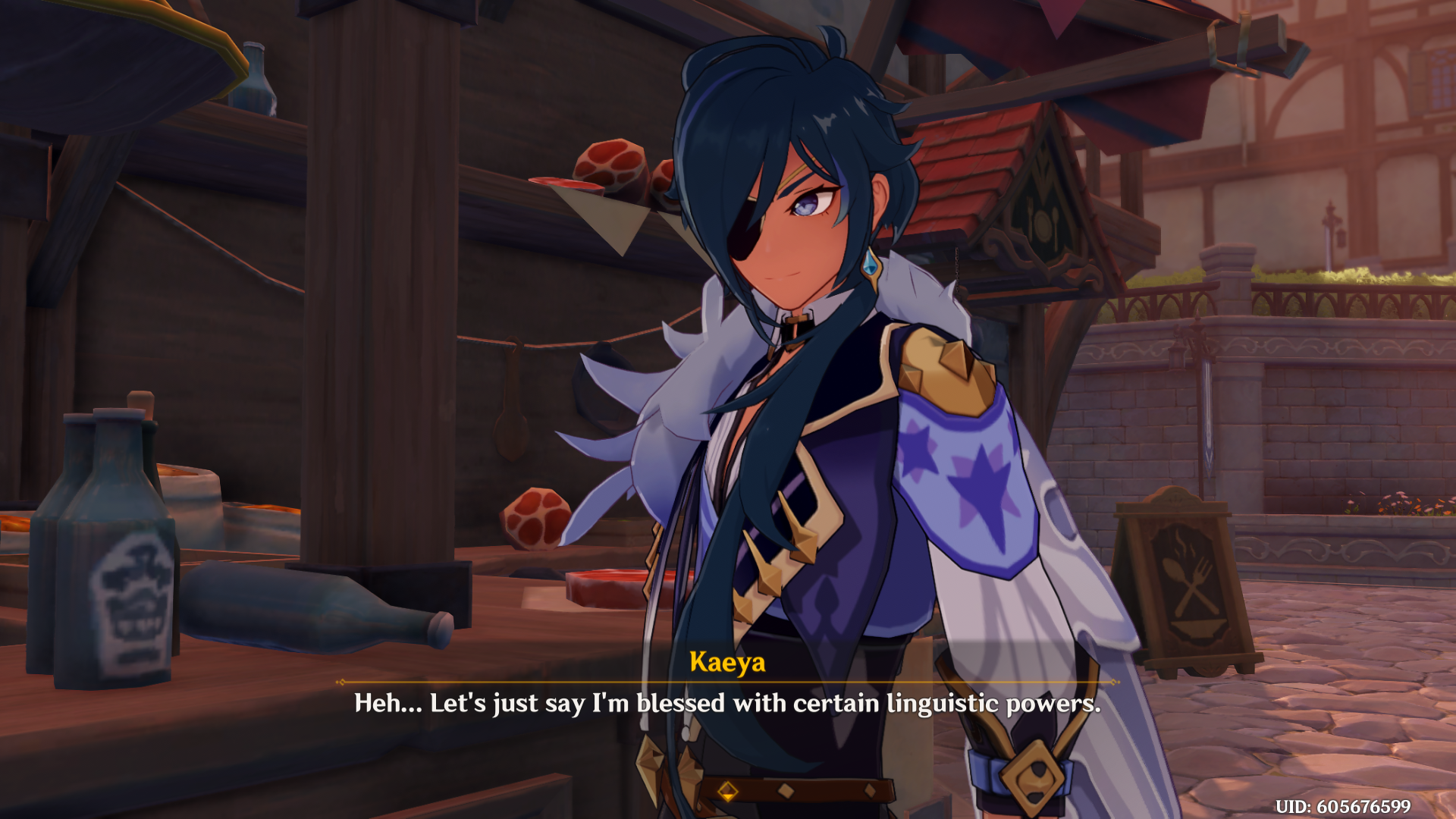 When you look at it like this, it seems like a lot — however, we’re going to break down evert Genshin Impact weekly mission in order to show you how to finish it as quickly as possible. All in all, these challenges amount to 4,995 EXP, meaning that you’ll gain just shy of five Battle Pass levels by completing them.

This is pretty self-explanatory — all you have to do here is collect items that are exclusive to Mondstadt. The easiest way to do this is to focus on Mondstadt’s unique flora — here are the flowers and fungi that are indigenous to Mondstadt:

If you head to Springvale, you’ll find plenty of Calla Lilies lining the shore around the waterfall pool directly next to it. On top of that, you’ll come across a lot of Philanemo Mushrooms attached to the exteriors of buildings in the village itself.

While this is a good starting point, you’ll get most of this mission done by trekking around Wolvendom. If you head to the stadium where the Wolf of the North quest transpires, you’ll find a huge amount of Wolfhook all around the arena. It’s a small blue herb that can be tough to spot — look for the flashes that indicate collectible items among small bushes and you’ll find two or three units per bush. After this head to Cecilia Garden (also in Wolvendom) where you’ll find a ton of Small Lamp Grass to the northwest of the dungeon — if you’re not sure where this is, check out our Cecilia Garden guide. 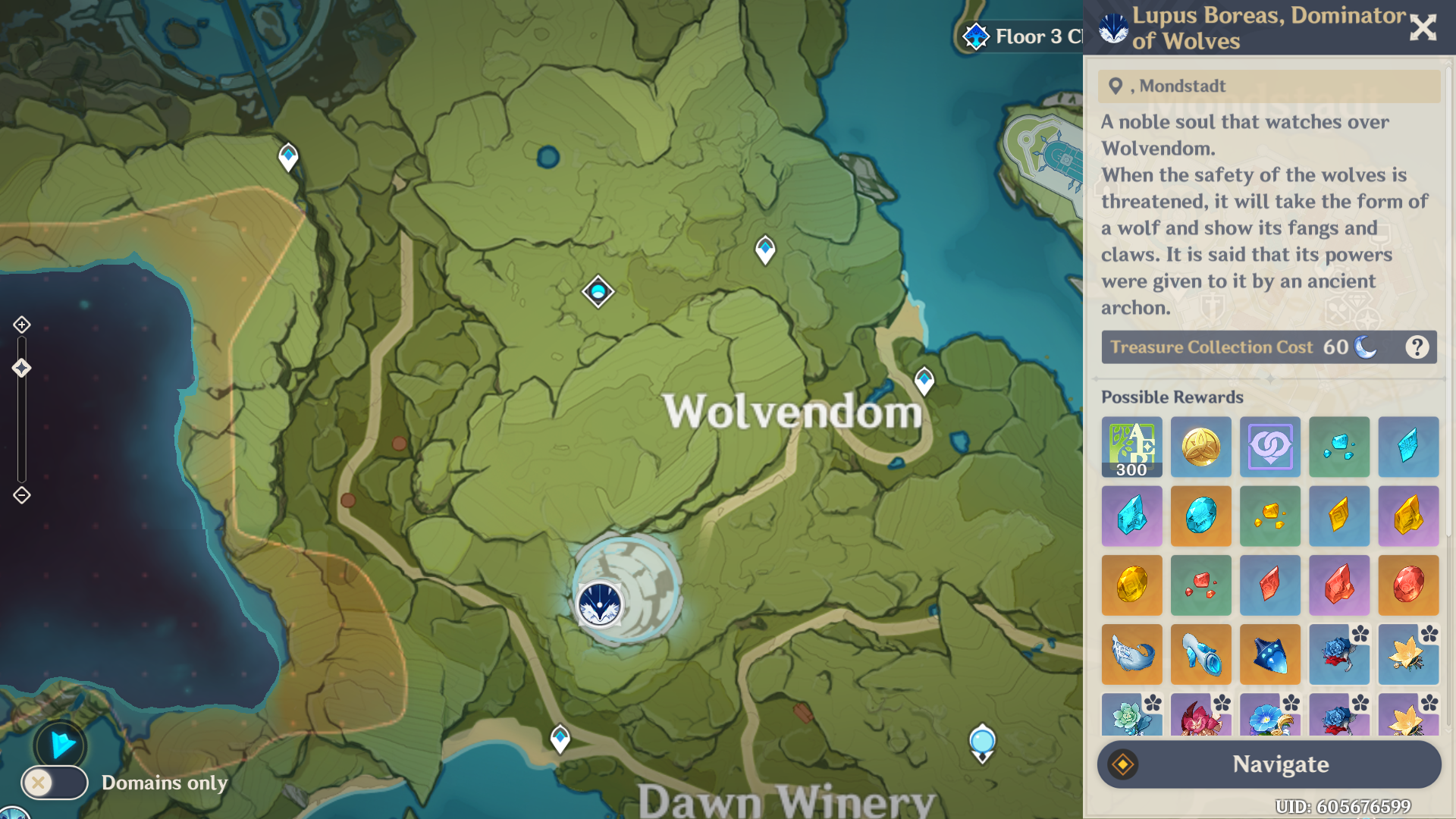 You’re very close now — if you haven’t finished the mission yet, head to Mondstadt and use Traveler (Anemo) to collect Dandelion Seeds outside the city. Venture inside and purchase any remaining specialties from Flora — she sells 20 flowers worth of Mondstadt local specialties for a very reasonable price.

Similarly to Mondstadt, all you have to do here is collect items that are exclusive to the Liyue region. These are:

We’ve got a guide for where to find Violetgrass if you already need that for ascending Qiqi anyway, but if you’re looking for the optimal way of collecting 100 specialties as quickly as possible, we’d recommend focusing on Silk Flowers, Glaze Lilies, and Jueyun Chilis. 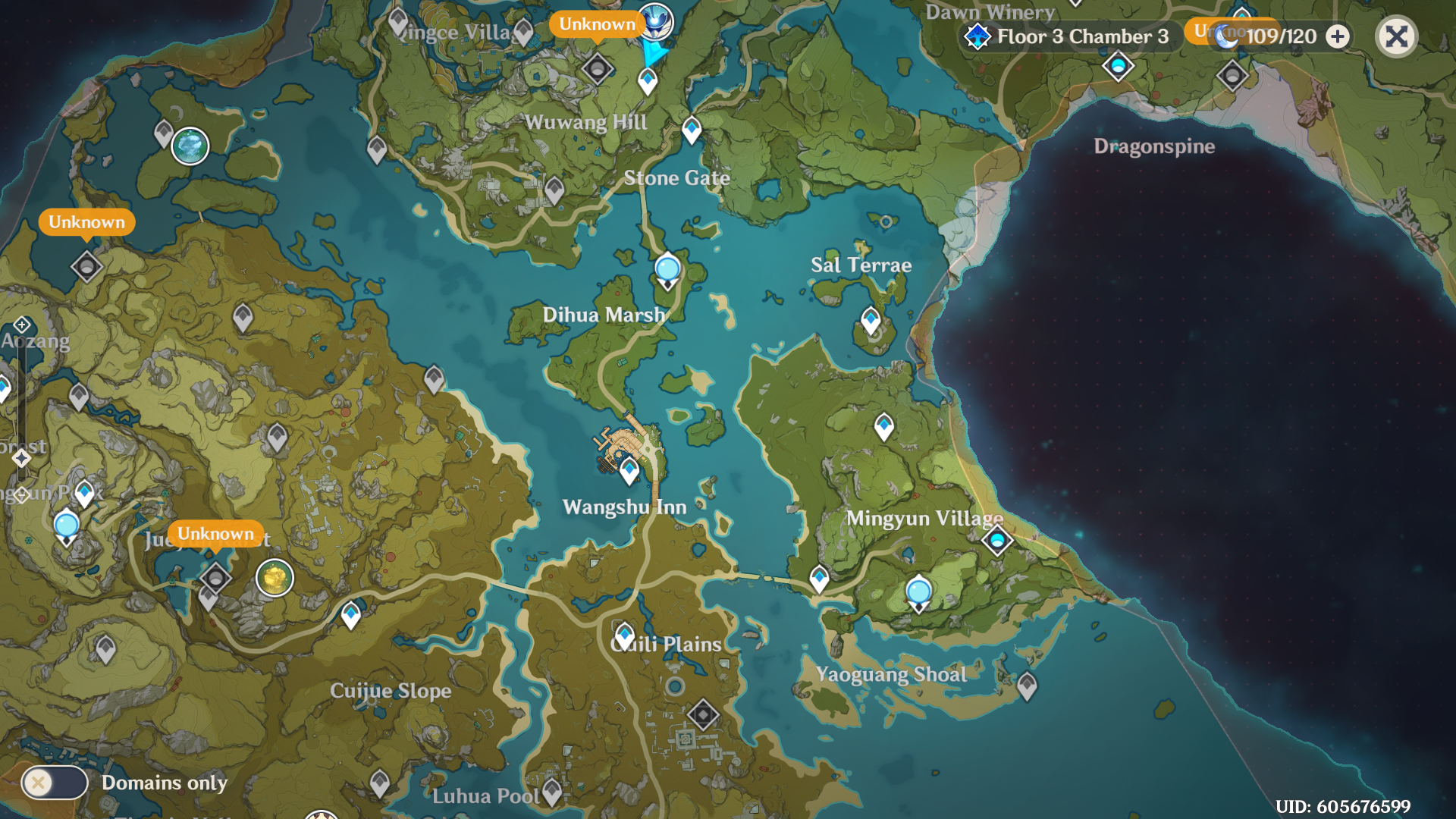 The reason for this is that it minimizes travel. If you head to Wangshu Inn, you’ll find an abundance of Silk Flowers that should give you a massive head start on your way to 100. After this head to Qingce Village, where you’ll find both Jueyun Chilis and Glaze Lilies, before heading to Liyue Harbour for more Glaze Lilies and Silk Flowers. Exploring all of these regions should give you plenty of specialties — if you need more, you can purchase them from Shitou, who is just north of the Adventurer’s Guild Teleport Waypoint in Liyue Harbour.

This is pretty straightforward — if you need more information, check out our full Genshin Impact elite opponents guide, which covers everything you need to know.

The Wolf of the North challenge is unlocked after completing The Meaning of Lupical quest in Wolvendom, which sees the introduction of Razor. To begin this quest you need to be at least Adventure Rank 21 and will need to have completed Act 1 of Amber’s personal quest.

After beating Act 1 of Razor’s Lupus Minor questline, you’ll unlock the Wolf of the North challenge. This manifests as a boss enemy you can train with — it uses Cryo attacks mostly, so be sure to bring an Electro character to the fight in order to benefit from Superconduct, which you can read all about in our Genshin Impact Elements guide. 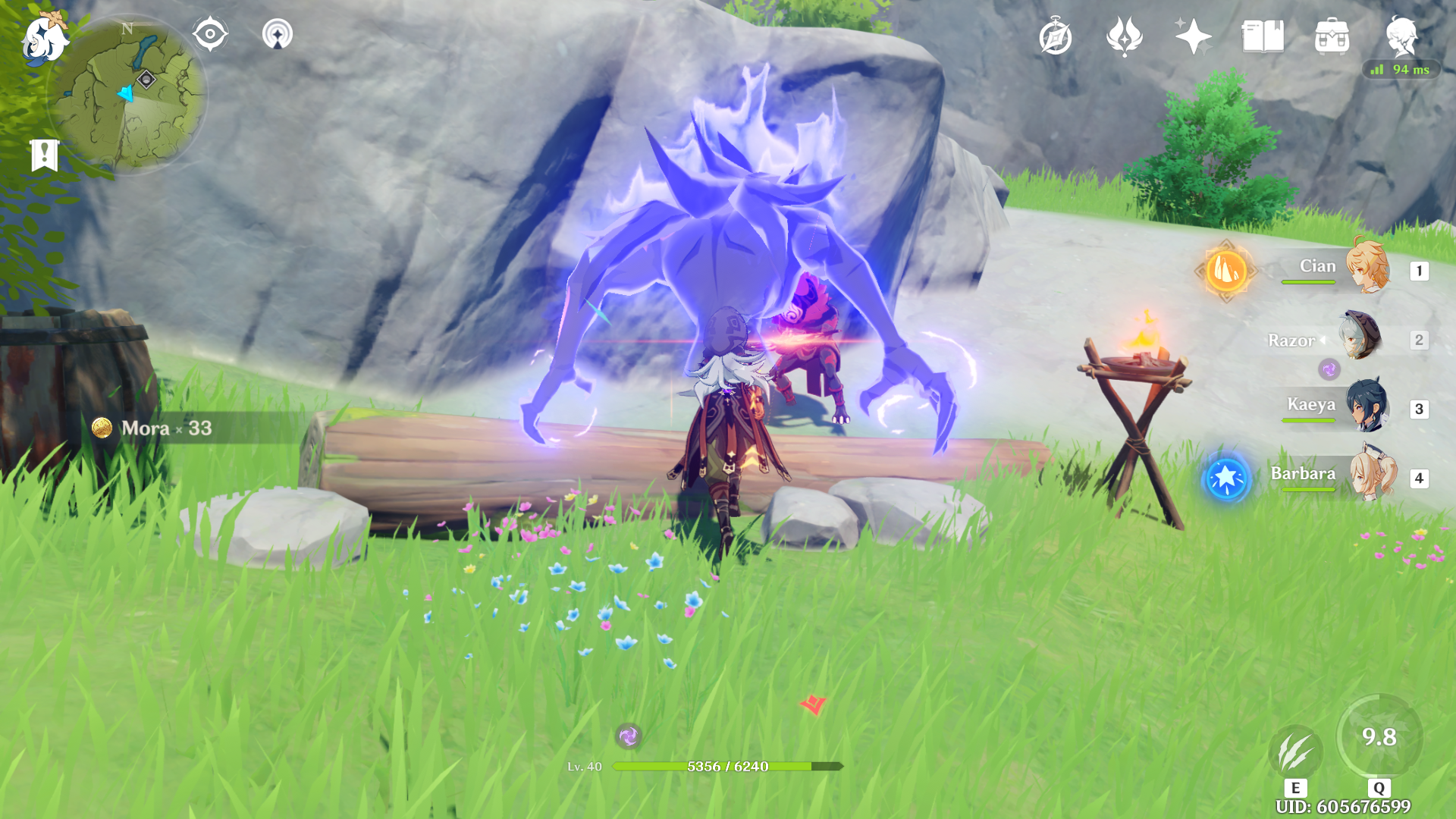 Oddly enough, this is quite an easy fight — the only things to bear in mind here are that it doesn’t unlock until you are at least Adventure Rank 25, and you can only fight Stormterror once per week thereafter. Just head to where you faced Stormterror earlier in the story — the Teleport Waypoint at the top of the tower in Stormterror’s Lair — and you should be able to handle this fight pretty easily, provided your party level is at least 40.

This comes naturally with playing the game. If you’re doing Domain Challenges, fighting bosses, and tackling Ley Line Blossoms — which you need to do as part of the Battle Pass’ monthly missions anyway — you should rack up lots of Resin use in no time. Just remember that Resin is finite, but you should have plenty of Fragile Resin to top it back up at this point anyway. Make sure you’re using it on rewards that fit your level though — there’s no point rinsing low level dungeons and wasting Resin on items that are ultimately useless to anyone over Adventure Rank 25.

Similarly to above, this happens naturally. You spend Mora every single time you level up a character or weapon, and 500,000 is a deceptively low amount. You will probably manage to finish this challenge without even consciously trying.

Domains are clearly marked on your map and can be used as a Teleport Waypoint. It’s worth noting that this goes hand in hand with spending Resin – Domains can require anywhere from 20 to 60 Resin to unlock your rewards after completing it, meaning that beating 15 in will cost anywhere from 300 to 900. Remember you’ll also be completing Ley Line Blossom challenges for the monthly mission, and that Event rewards cost Original Resin too, so 1600 is far more attainable than you might think.

Incredibly self-explanatory, and also counts towards achievements. Just cook dishes until you have maxed out their proficiency, then swap to another one. Doing this in Mondstadt or Liyue Harbour will ensure cheap ingredients are just a stone’s throw away, allowing you to earn Primogems for learning recipes and mastering meals while also completing this easy weekly mission.

Also easy — just head to Wagner and convert iron chunks into weapon enhancement ores 20 times. You can actually do 20 at once, and the most basic version processes remarkably fast. This is probably the easiest weekly mission on the list, so if you’ve left it until last, you’re basically finished.

If you need any other help, check out our Genshin Impact complete guide and walkthrough.

Read next: I Bought The Genshin Impact Battle Pass So You Don’t Have To (You Really Shouldn’t Buy It) 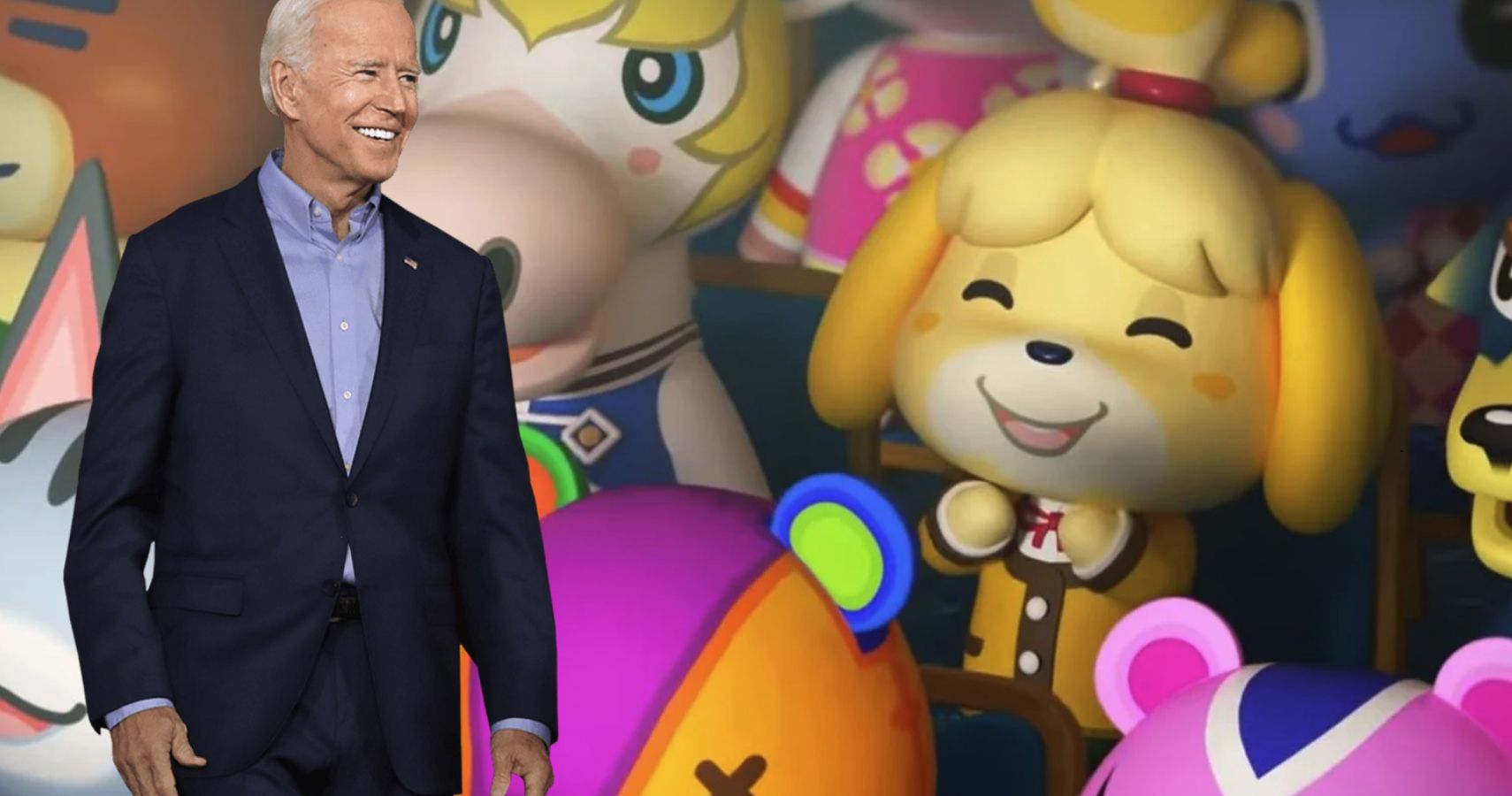