The newest area to come to Genshin Impact, The Chasm, finally lets you explore the depths of Liyue as you pursue underground mysteries and investigate chasmic calamities. This new area is massive in scale, featuring spiral cliffs above ground and bottomless pits below. Only the bravest of adventurers will be able to conquer The Chasm.

If one of those brave adventurers is you, then you're undoubtedly going to come across all kinds of new enemies, materials, and quests along the way. This includes Archaic Stones, a Quest Item associated with the World Quest "Says He Who Seeks Stone" and also the Hidden Exploration Objective "Muning's Never-Ending Needs." To find all nine Archaic Stones associated with these objectives, look no further than this guide. 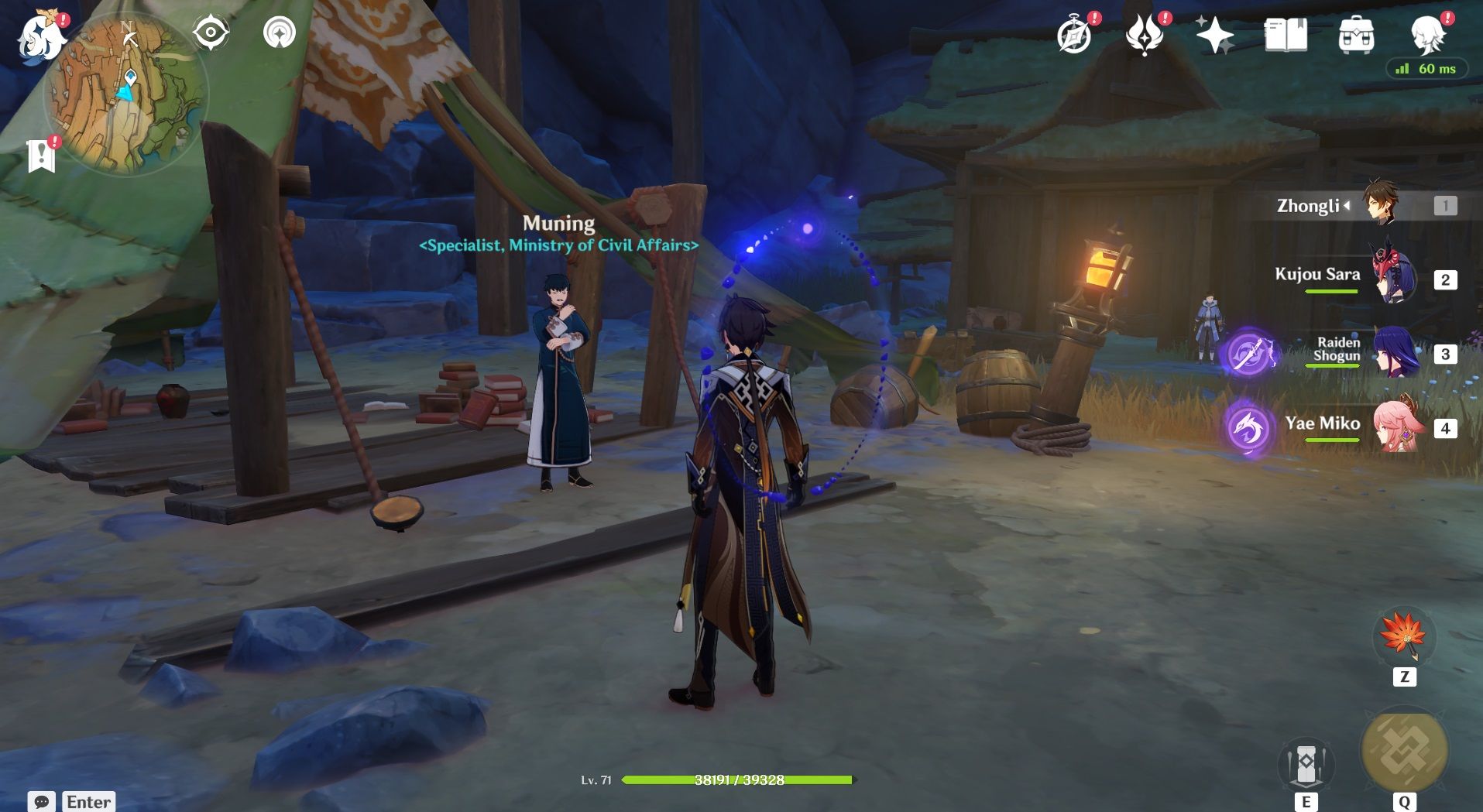 Both Says He Who Seeks Stone and Muning's Never-Ending Needs are prompted by conversing with Muning, an NPC near the entrance of The Chasm.

Says He Who Seeks Stone tasks you with finding three Archaic Stones for Muning. Once these are brought back to him, he will ask for six more Archaic stones. When these are turned in, Muning's Never-Ending Needs will also be completed. 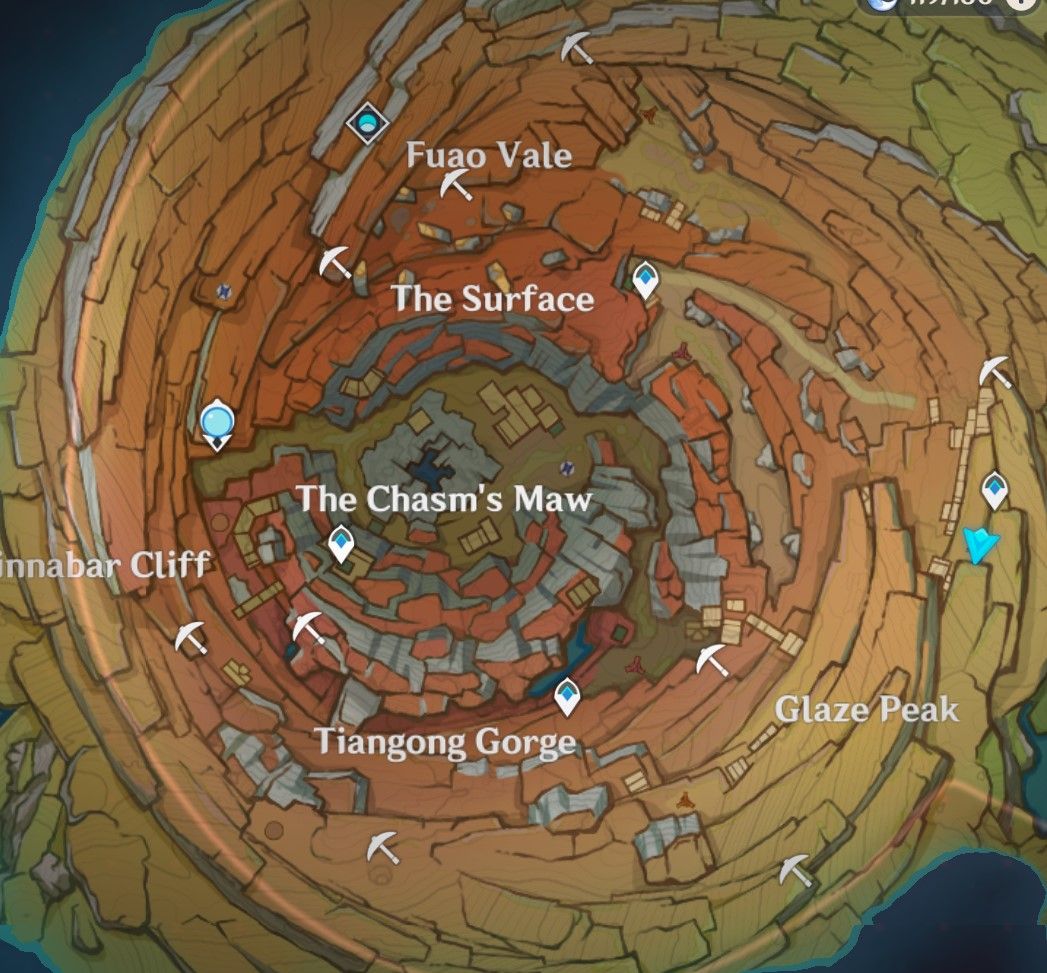 The Archaic Stones can be collected in any order, but it's probably easiest to start with the ones on the outskirts of The Chasm, which are higher up, then work your way inwards and downwards.

Bring along a Claymore user or Geo character who can mine the Archaic Stones efficiently.

Here are the locations of all nine Archaic Stones in The Chasm: 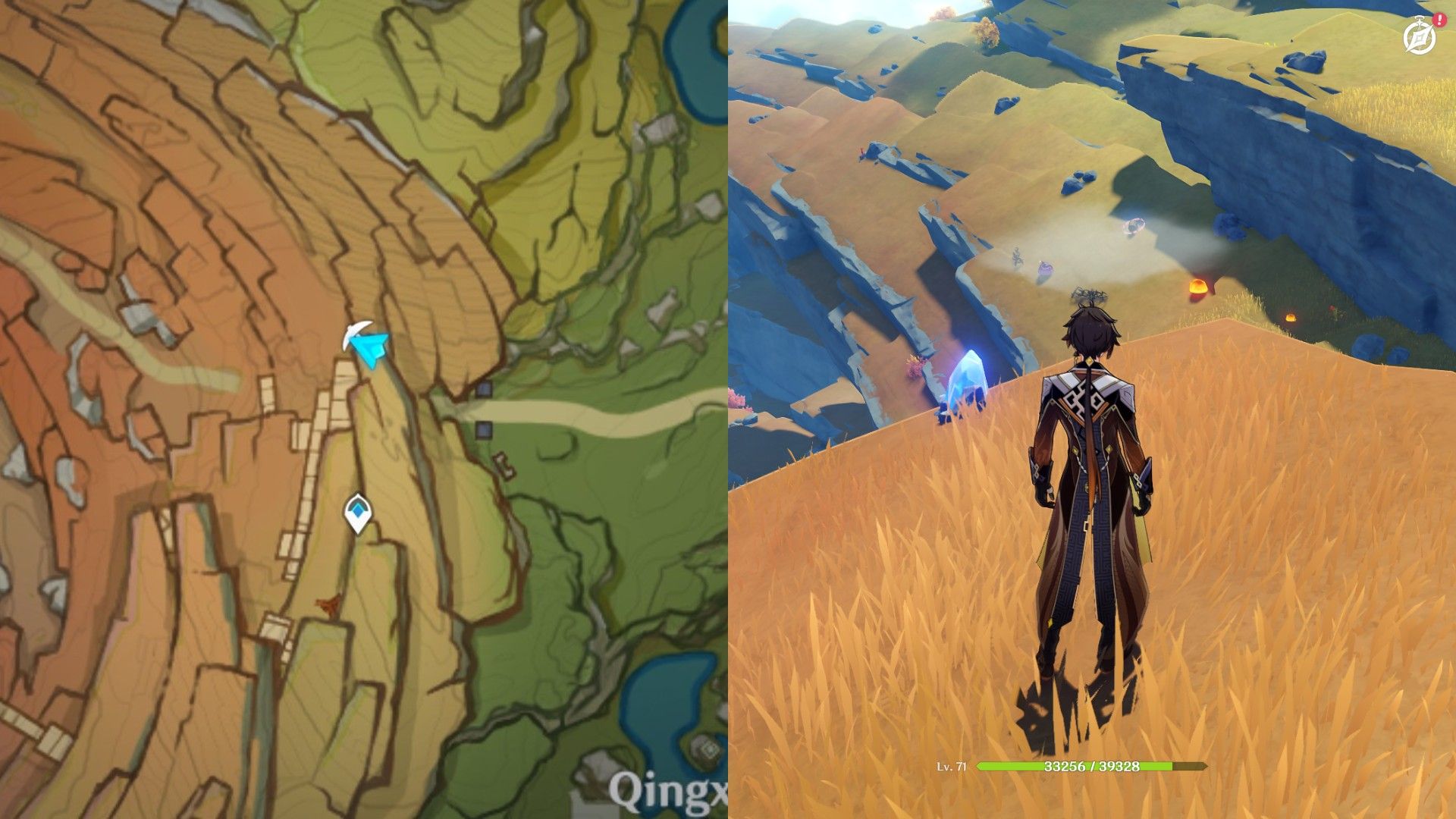 This Archaic Stone is located on the tip of a jagged cliff near the entrance of The Chasm. Scale the rock formation and you should spot the Archaic Stone easily. 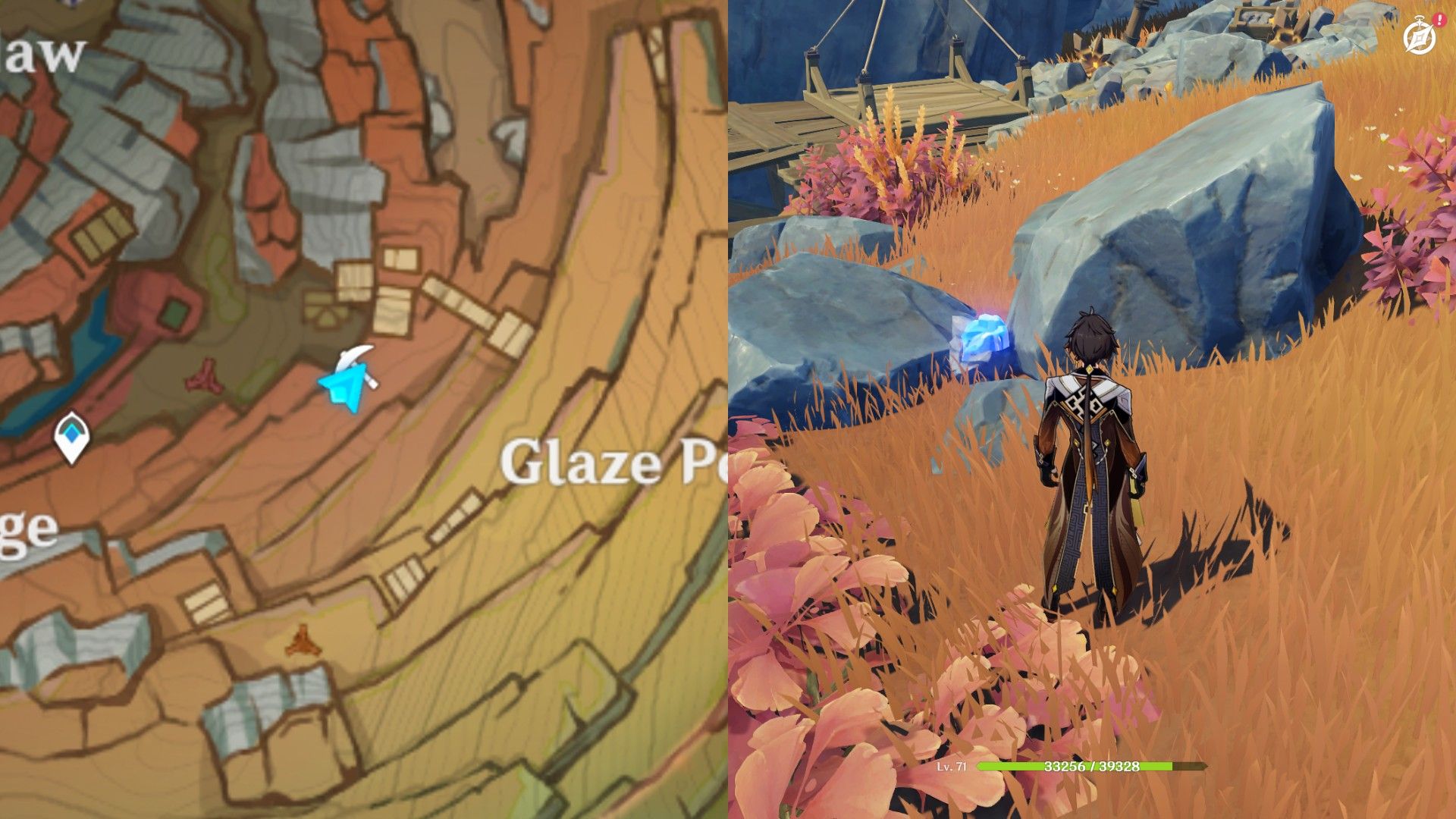 You can find the next Archaic Stone nestled between two boulders to the west of Glaze Peak. 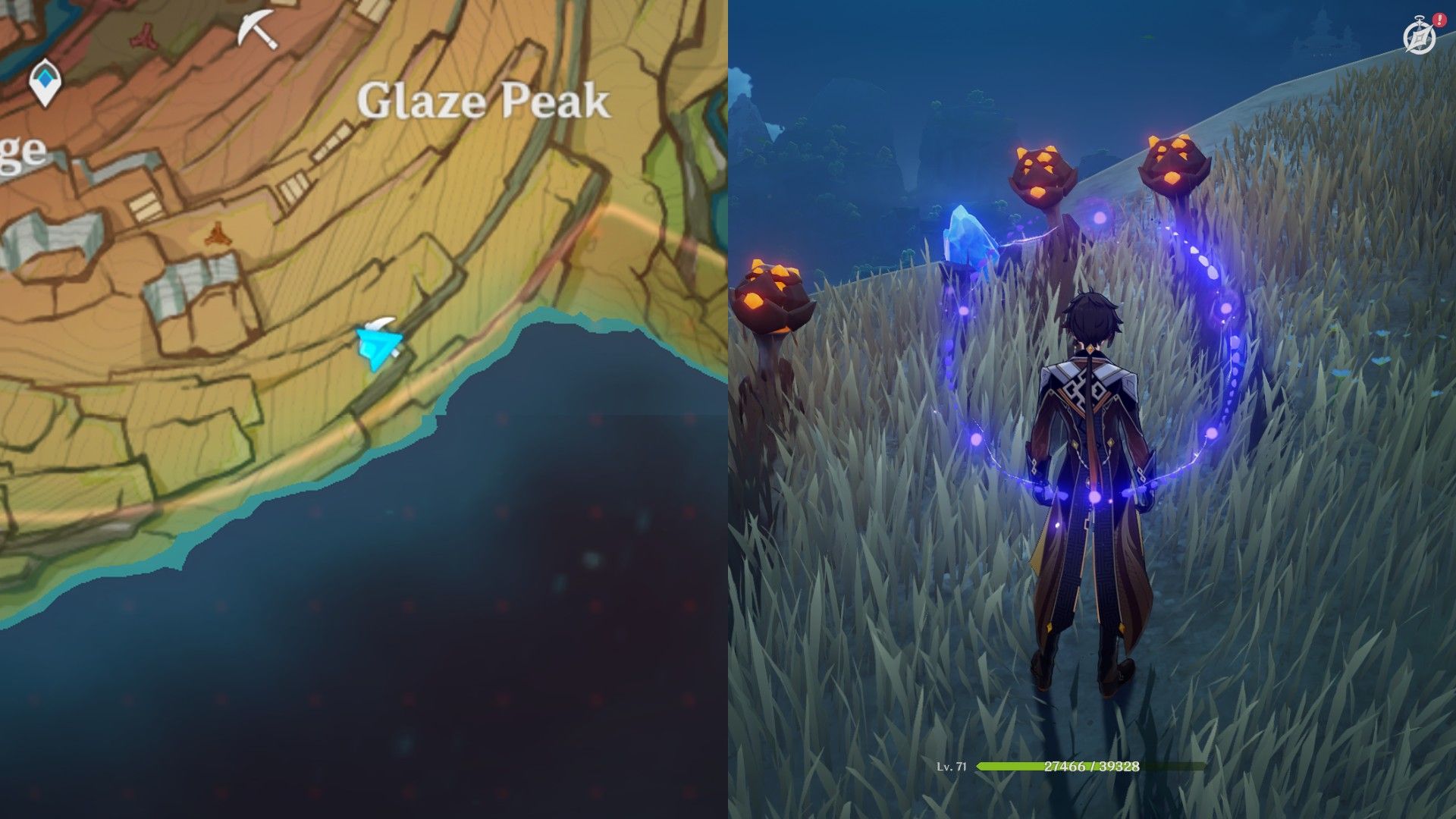 This Archaic Stone is once again on the tip of a jagged cliff, this time south of Glaze Peak. If you run into a Stone Lawachurl on the way, you're in the correct place. The Archaic Stone will be resting between three explosive rock plants. 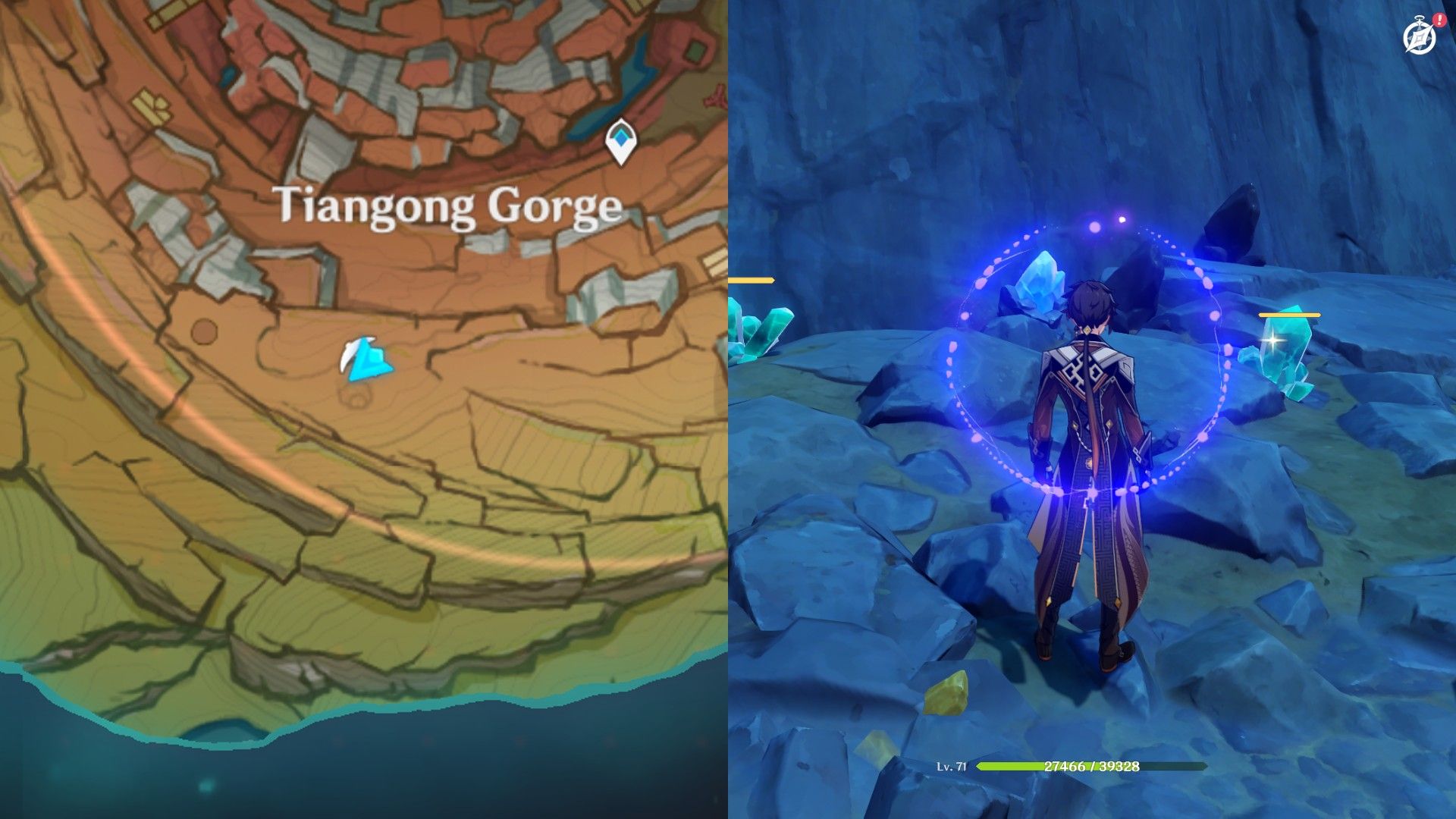 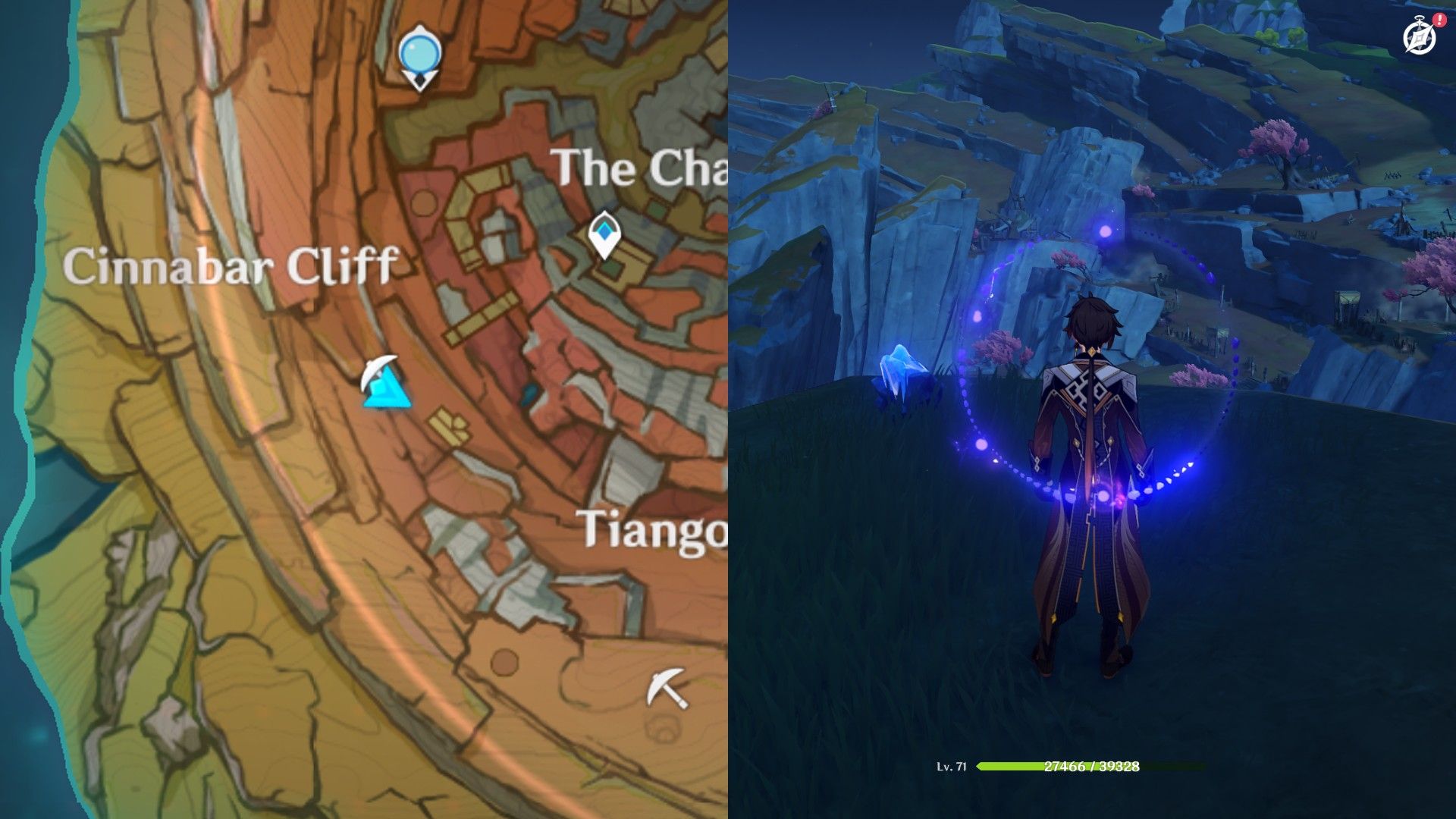 Southeast of Cinnabar Cliff is the next Archaic Stone, which is also resting on the tip of a pointed cliff (there seems to be a theme here…). Climb to the top to claim your prize. 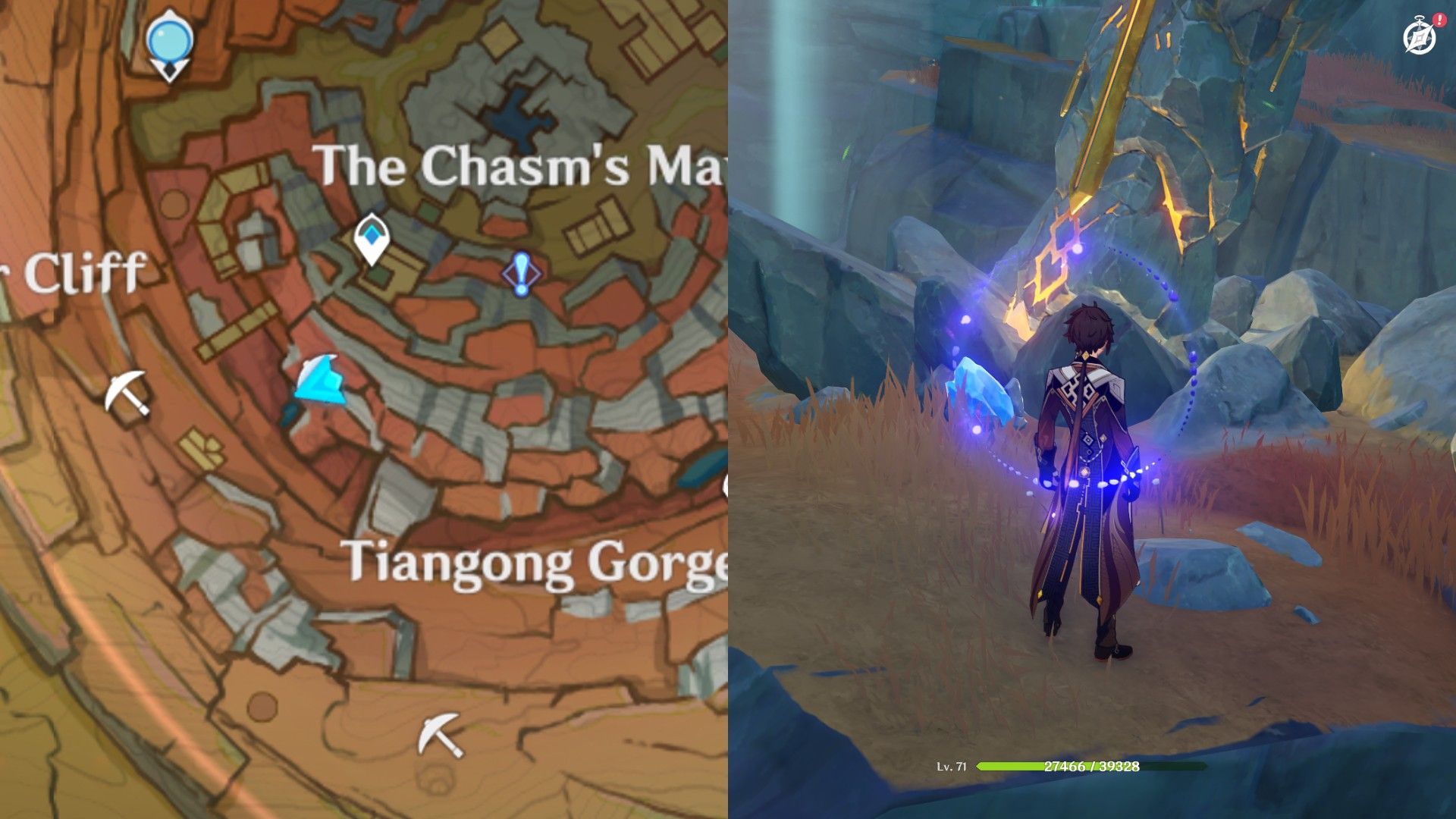 This Archaic Stone is located at the bottom of a pit next to a Geo pillar. The opening of the pit might be a little hard to spot, but once you see it you can glide right to the bottom. 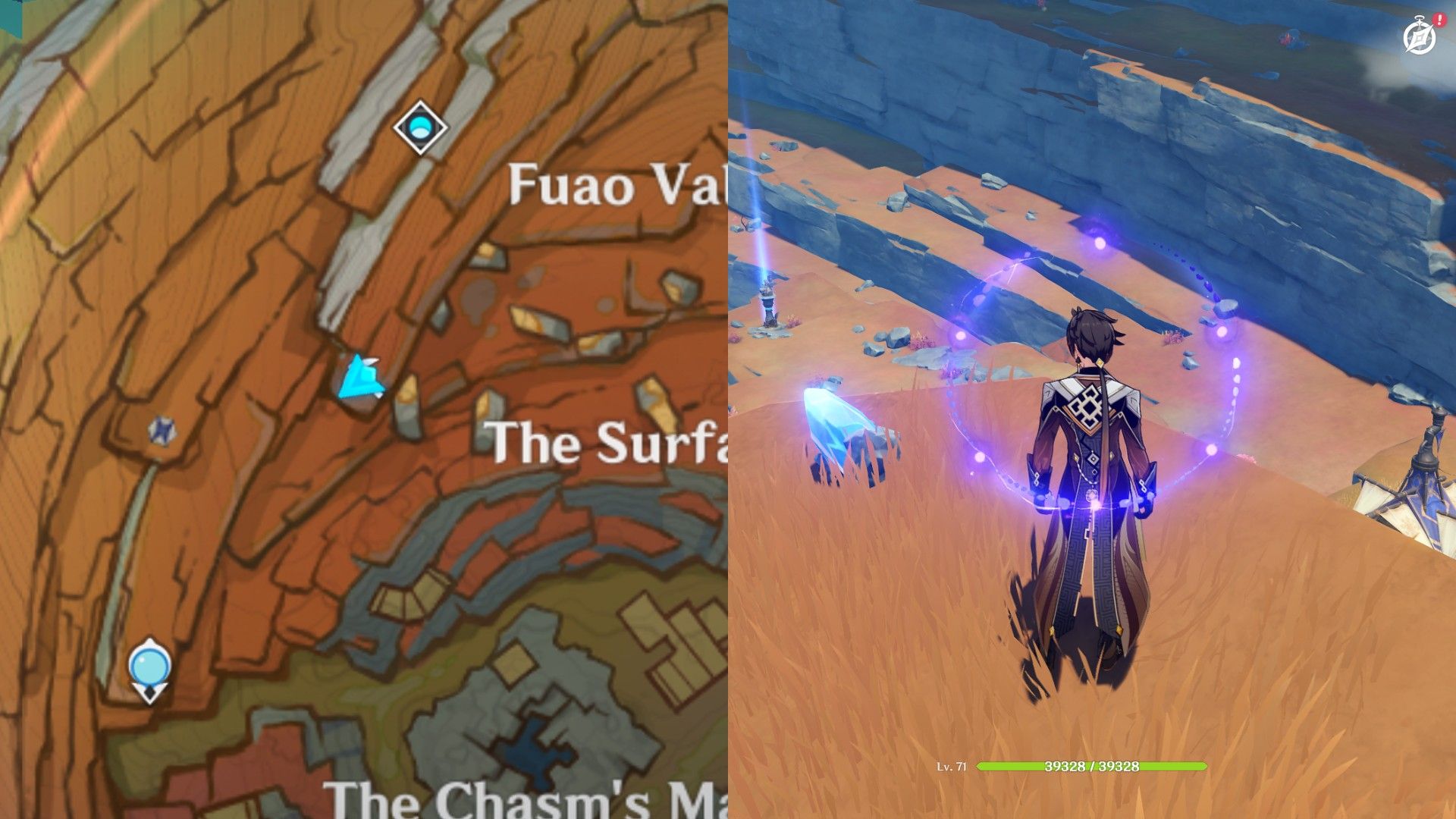 Surprise, surprise, this Archaic Stone is also on the tip of a cliff. This one is especially high up, though, so you'll need to travel pretty far to the base of the rock formation and then work your way upwards. 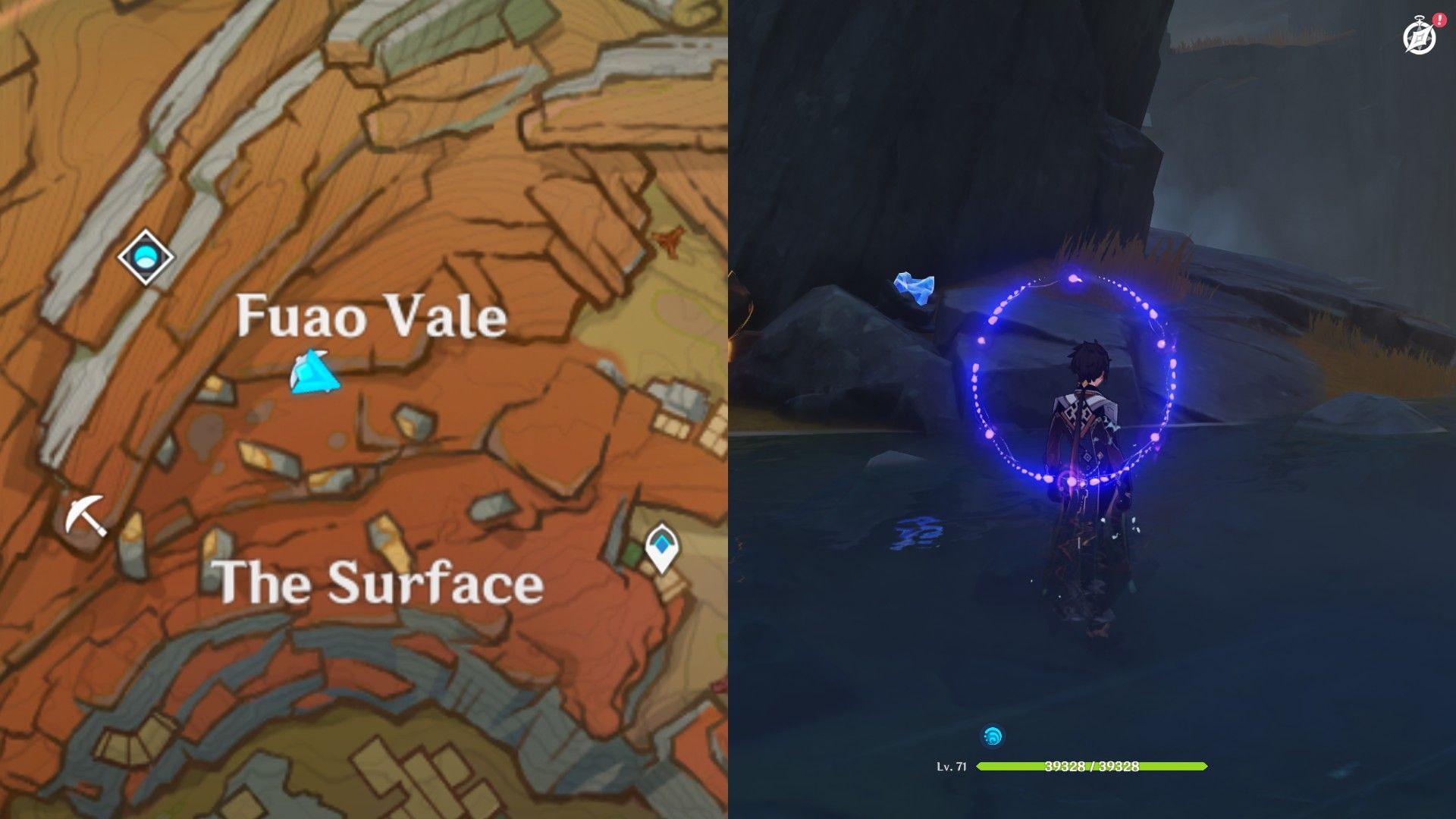 This Archaic Stone is hiding in a cave below Fuao Vale. There are multiple tiny entrances to this cavern, but the main one is very close to where The Surface is marked on the map.

Follow the tunnel inwards and look for a Hilichurl trying to mine the Archaic Stone near the bottom of the cave. Here's a picture of the main cave entrance: 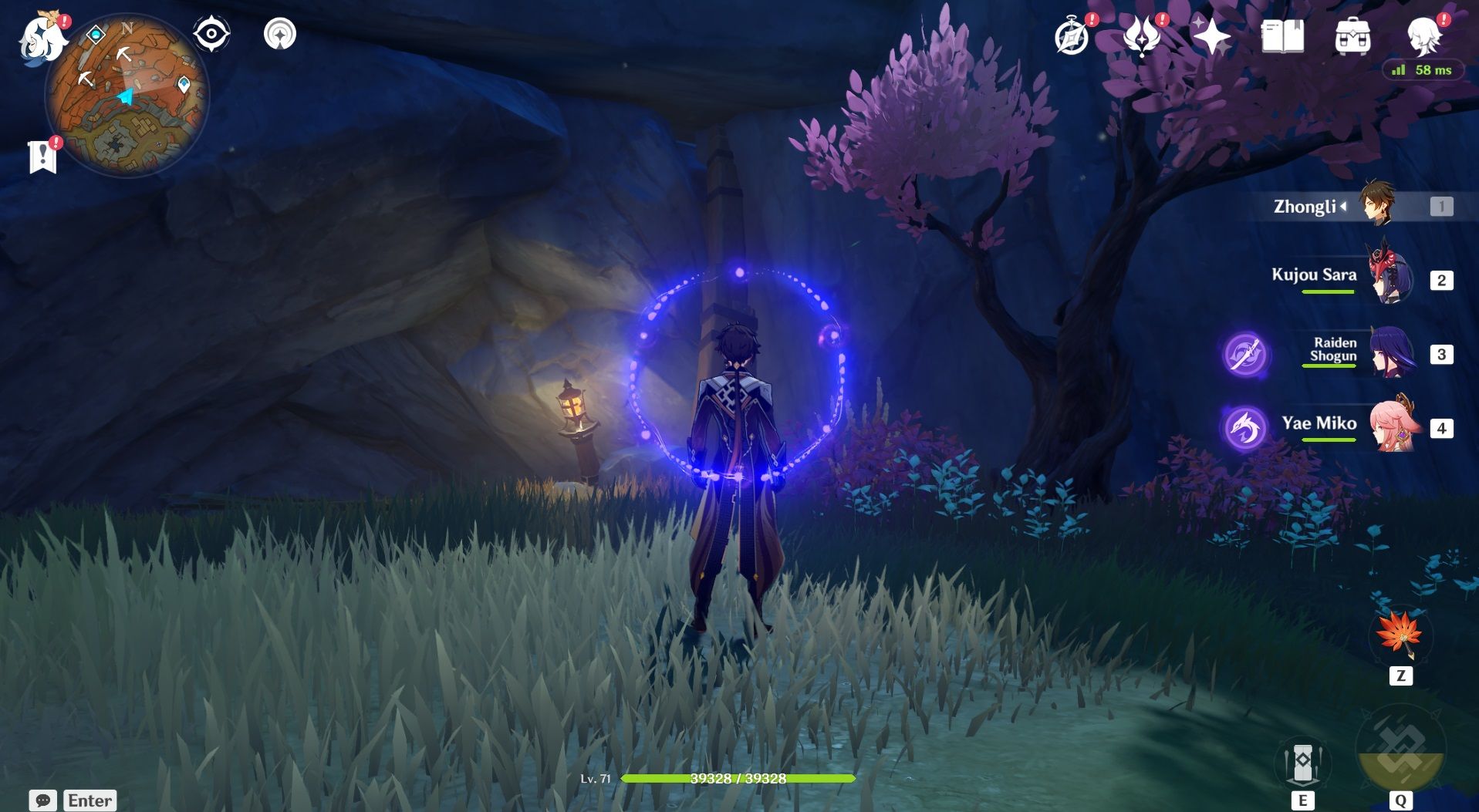 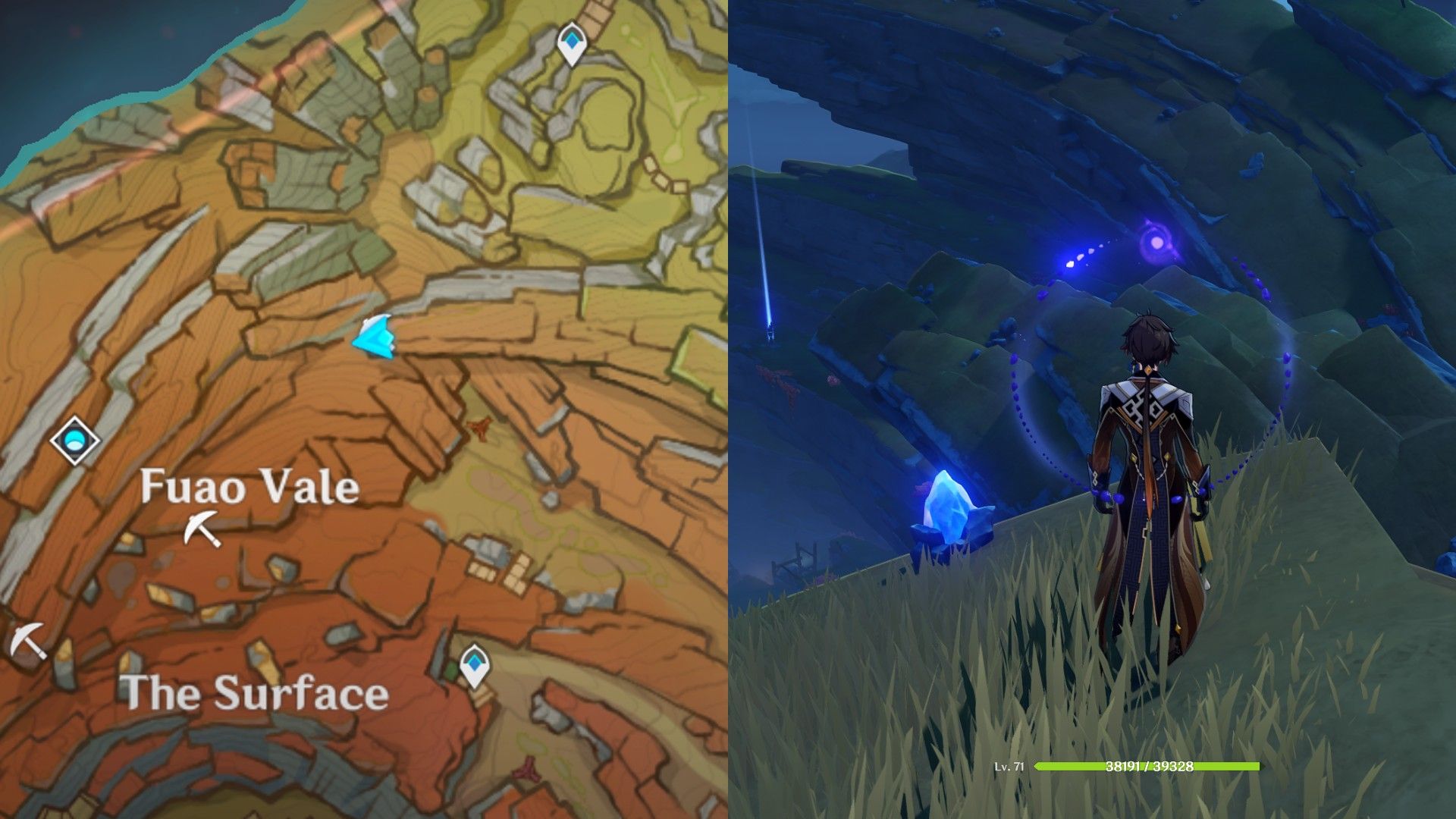 These Archaic Stones must've had a rock conference or something where they all coordinated their locations because this Archaic Stone is yet again on the tip of a pointed cliff.

This one's northeast of Fuao Vale and it's pretty high up, but you'll know you're going the right way if you come across a Geo Resonance puzzle. 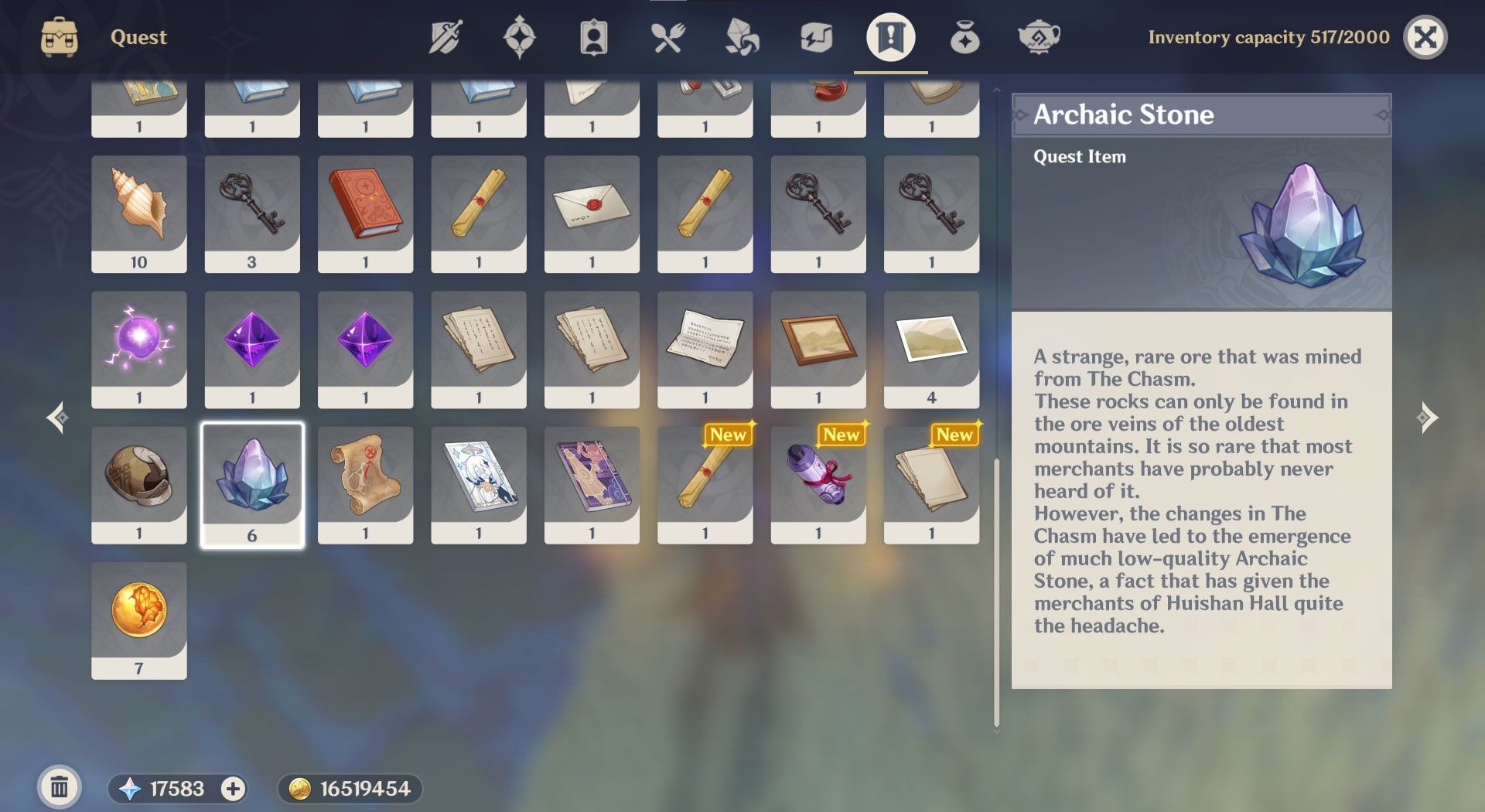 Once you collect the Archaic Stones, you can give them to Muning in groups of three to satisfy his requests. In exchange for your services, he will reward you with some of his backstory, along with 90,000 Mora and 80 Primogems in total.