It’s been two years since I last had the opportunity to review Counterplay Games’ Godfall. The game’s aesthetic looked enticing enough for me to be hyped about it and the combat seemed fun, but after several hours of playing it, I thought I’d rather kick my own teeth than ever touch it again. At launch, Godfall looked like a poor attempt to emulate the likes of Warframe, lacking everything that makes the latter any good. But as fate would have it, I found myself once again reviewing this game, under the promise of improved gameplay and several massive updates that should defy my expectations.

Let me tell you, reader, I wasn’t prepared for this comeback.

The first thing I noticed when I landed in the vibrant world of Aperion was how alive it felt now. While the art direction and the environment aesthetics in Godfall were always some of its strongest points, at launch there was a complete lack of NPCs to interact with or any prominent dialogue during missions, making the world unnaturally desolate. As Orin, you were supposed to be the leading figure of a rebellion against the villainous Macros, and yet you would appear to be alone, cruising throughout the story with no other valorian warrior on sight. 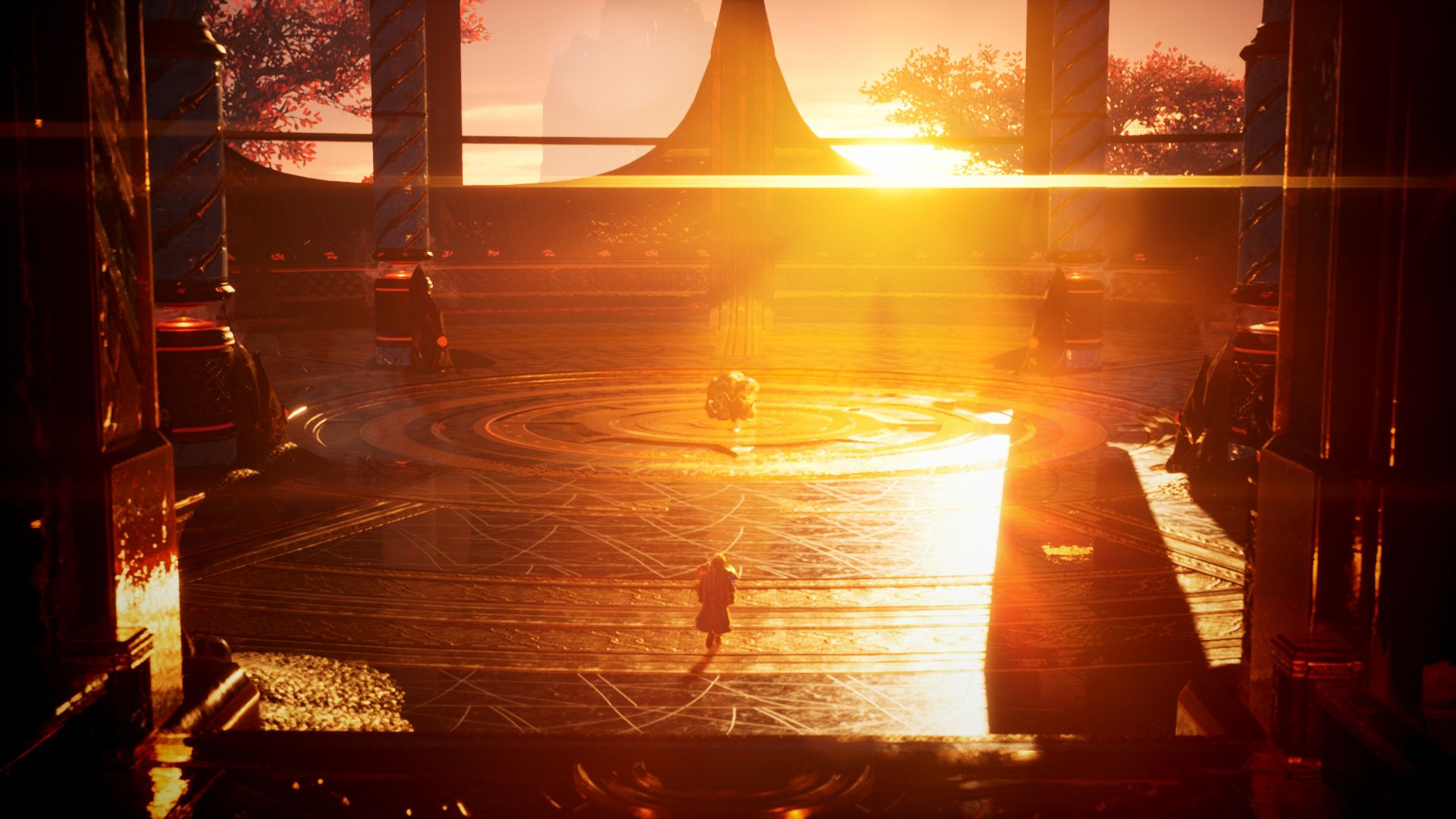 The addition of new cutscenes, dialogue, and interactions with several secondary characters now properly breathe life into the story. The welcomed presence of your siblings in arms Soras and Ravenna (who now show up during and after missions alongside various militia squadrons), leads to more significant dialogue and provides context to your collective efforts to prevent Macros from successfully becoming a god.

Speaking of the devil, the major villain of the game displays his presence more prominently through the aforementioned additions. While the story remains the same, you can get a more detailed picture of how personal Orin’s journey is, and how Macros’ actions affect Aperion. Major bosses also show up as separate and more recognizable characters, instead of being some random faces scattered across the game’s levels.

Another part of the game that has undergone a massive overhaul is its combat, which is now far more dynamic. Godfall has improved on the differences between the many weapons, and how your movement during fights can incline the balance in your favor. Once upon a time, you could barely notice any difference between the Valorplates other than their appearance, but those times are long gone now. Different unique abilities that you can customize further distance the gameplay of each Valorplate, overall helping you to tailor your experience as you see fit. 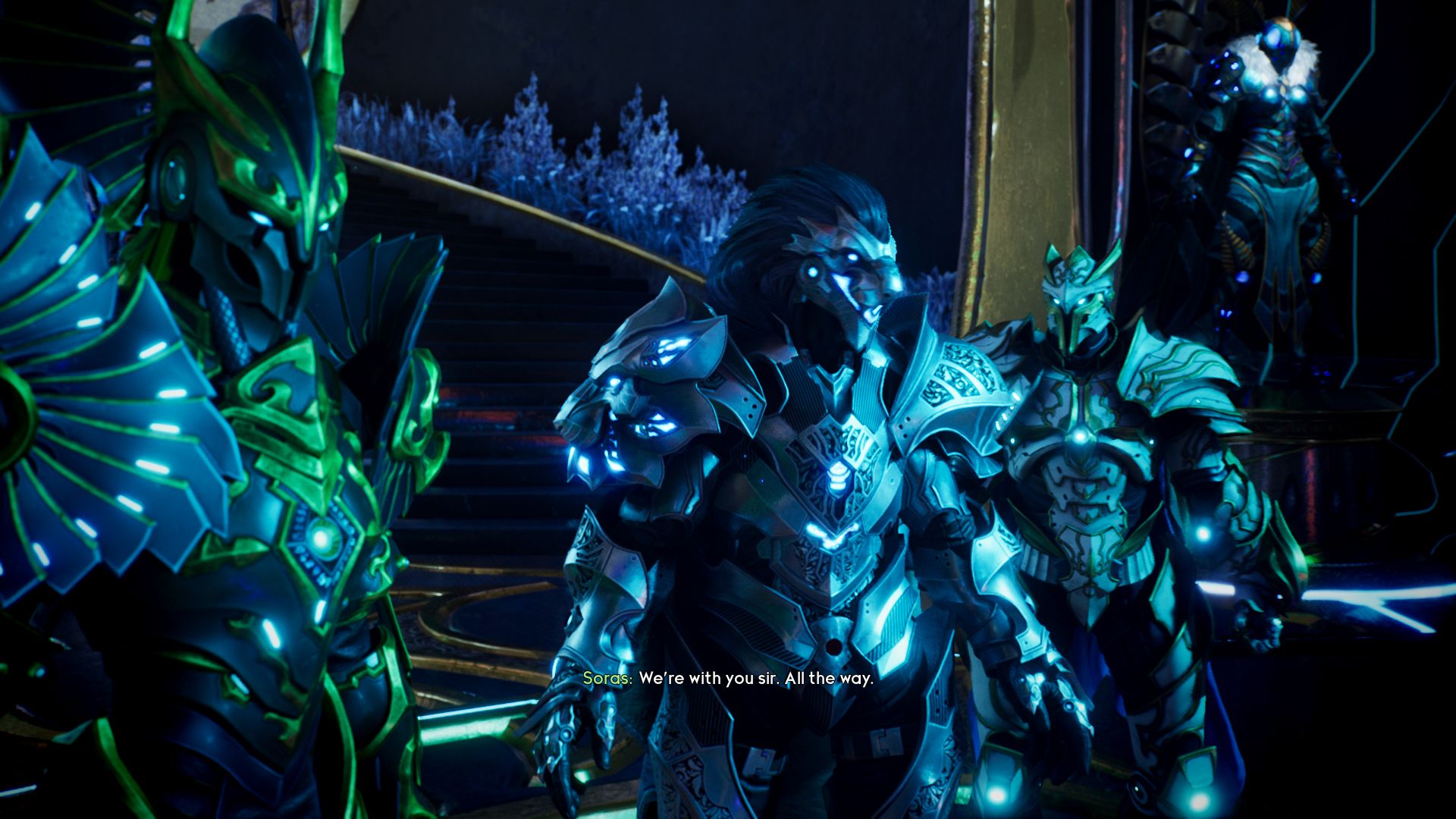 There are also three new endgame modes: Lightbringer, Dreamstones, and the Ascended Tower of Trials. These new modes improve the endgame experience immensely, each one presenting its fair share of challenges and powerful rewards. Fortunately, you can now tackle these fights by teaming up with other players, something the game sorely needed at release.

On the downside, some functionalities like matchmaking or the endgame modes are locked behind progression, demanding you finish the main story of the game to be able to experience them. As enjoyable as the story is now, it’s still a bit disappointing to get basic functions like online playing available only after finishing the single-player mode. 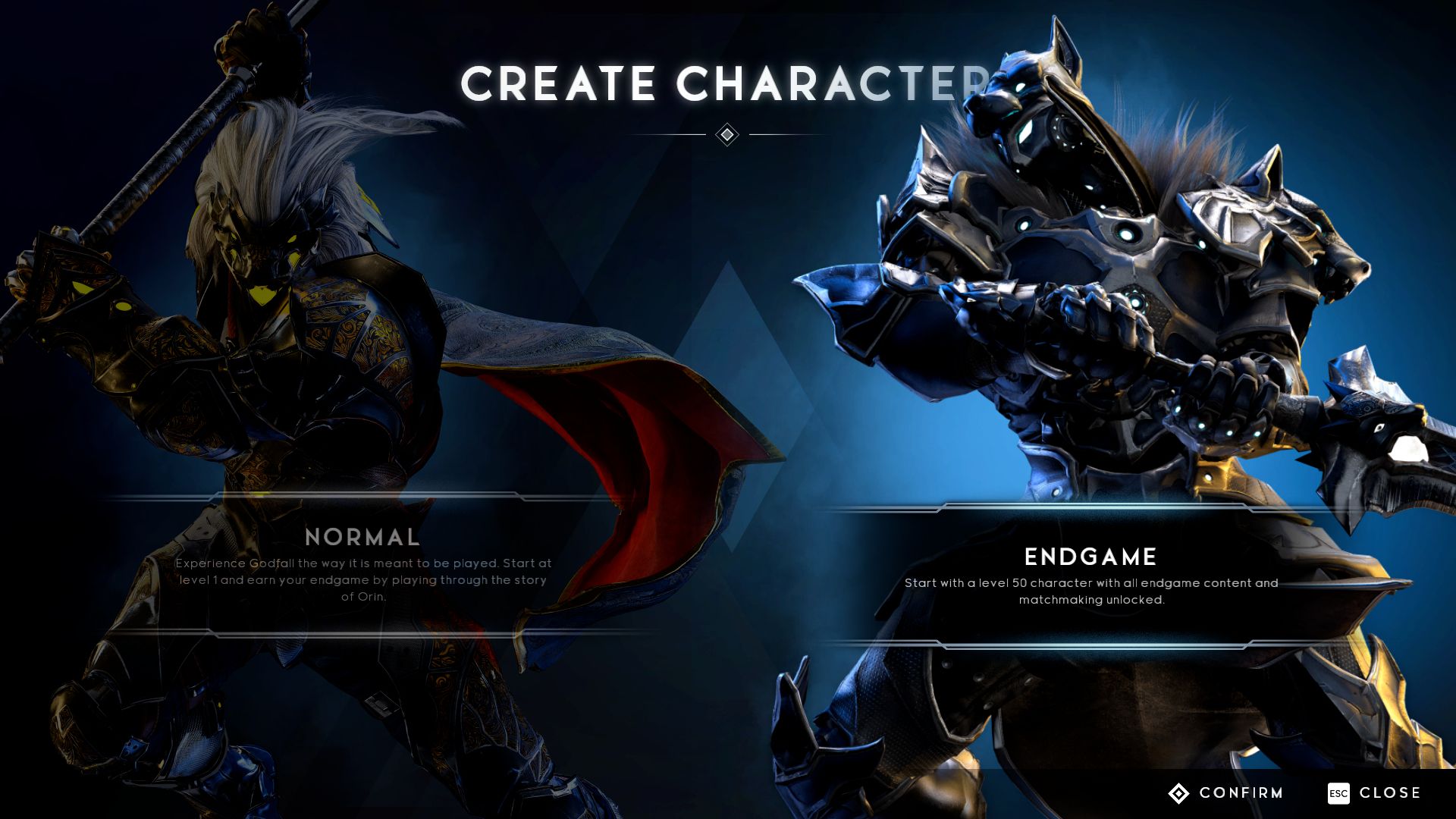 However, you can circumvent that frustration by starting a new run and choosing to do so with a fully leveled Orin and the story completed, in case you wanted to jump straight into multiplayer mode. That being said, this route feels like an afterthought. It means skipping the story completely, leaving you with no knowledge of the mechanics, ignoring a good chunk of progression, so it’s not exactly a solution.

At the end of the day, Godfall solves most of the issues it had when it launched years ago, while also accidentally creating a few additional ones that can be a bummer for new players. This time, however, the game displays way more personality overall than its previous iteration, placing you in a more fleshed-out environment with dynamic and enjoyable gameplay, improving upon dull combat and a shallow story.

If you ask me, I consider Godfall: Ultimate Edition a success, and I can’t help but wonder where the game will go next.