Mr. Freeze is a classic Batman rogue and one of the antagonists of Gotham Knights. The villain has his own questline outside of the main story that begins with him and his regulators pulling off a heist at S.T.A.R.S lab.

You don't manage to stop him there, but you continue the investigation. And at one point, the case takes you to Quartz Labs. At this location, you find out a bit more about what Freeze is doing. Or at least, you will find out when you manage to open the vault within the lab and scan for clues. This is how you do that.

How To Open The Vault 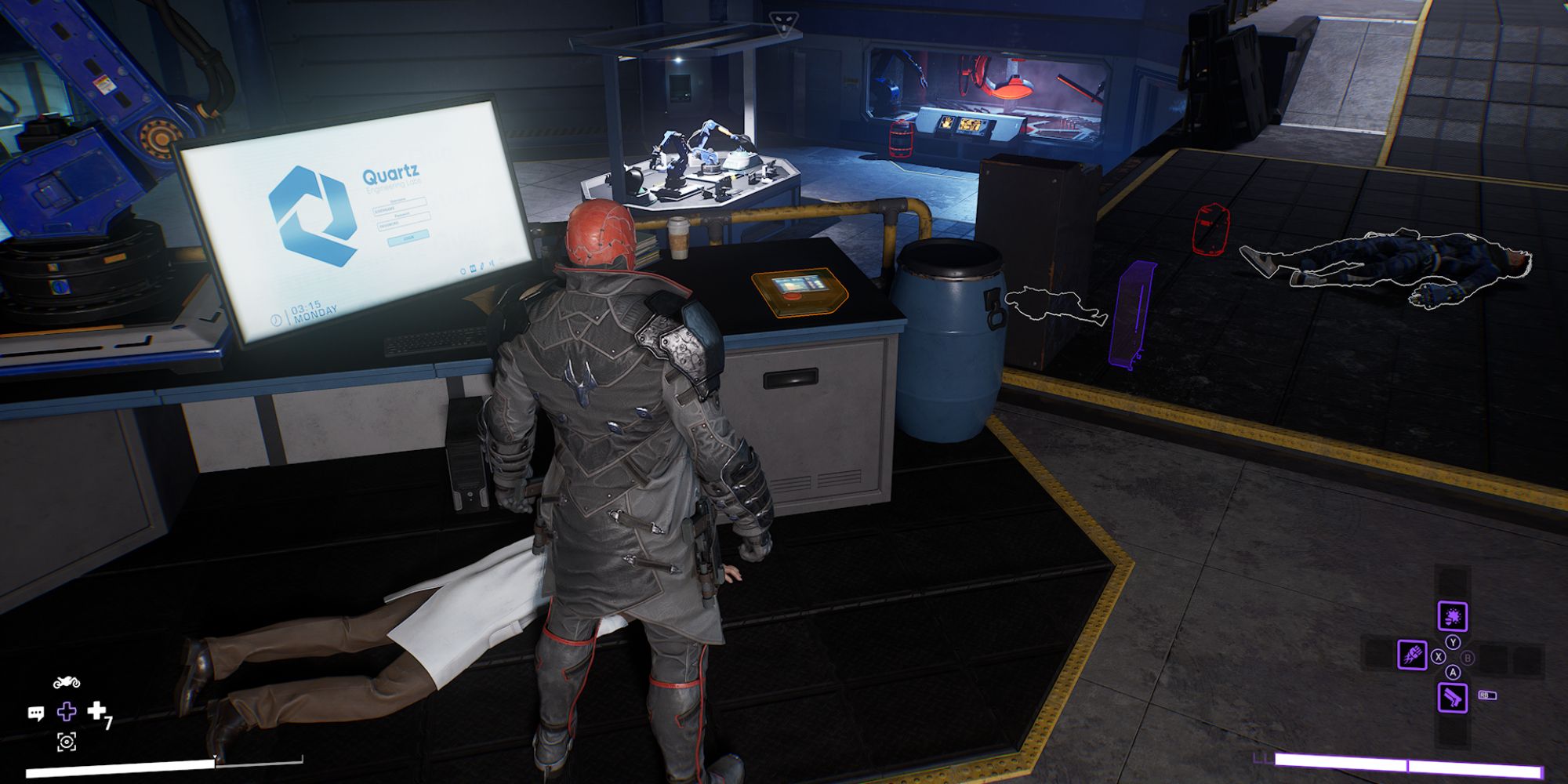 When you get inside the lab, you first want to take out all the regulators in the room before you think about opening anything. Once they're down, you can turn your attention to the vault. Getting it open isn't incredibly complicated, but the game doesn't give you a clue how to do so.

From the vault, you want to head up one set of stairs. Then go around to the desk directly across from the vault door. In front of it will be a dead scientist, and your character may comment on the fact they were reaching for something as they died. That something is the console on the desk. Scan it and interact with it to open the vault door.

The Location Of The Clues Inside The Vault 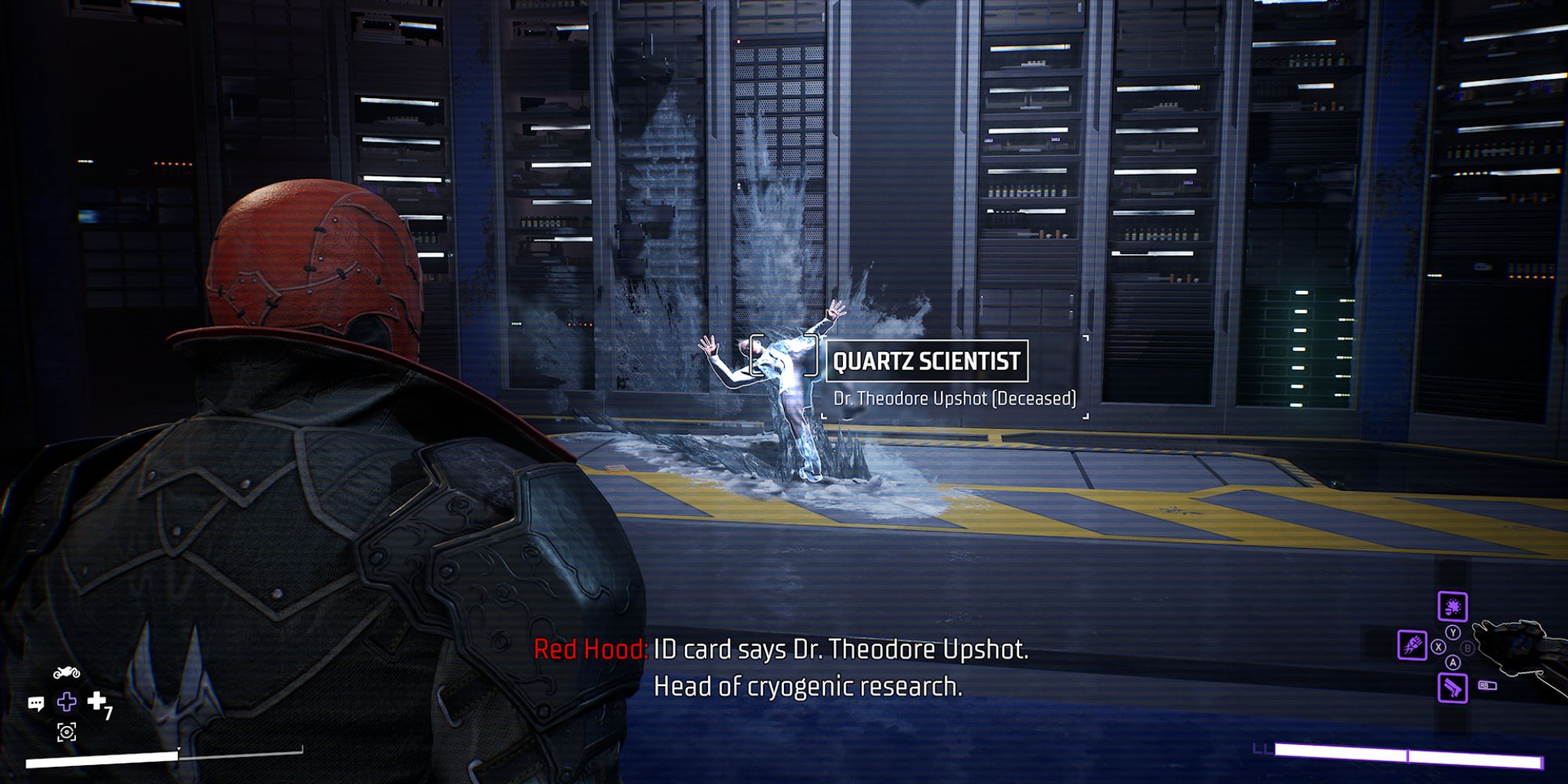 Two shockers will walk out of the vault when it's open, so you must take them down before you head inside.

The first thing you will notice inside the vault is the scientist encased in ice. Scan him to discover that his name is Dr. Theodore Upshot. After doing that, you can look for clues about Freeze and his work.

A weird glitch sometimes happens here where the game tells you that there are five clues to find when there are only three. Thankfully, it seems when you locate all three, the game recognizes that you've got them all regardless.

Here are the locations of each one: 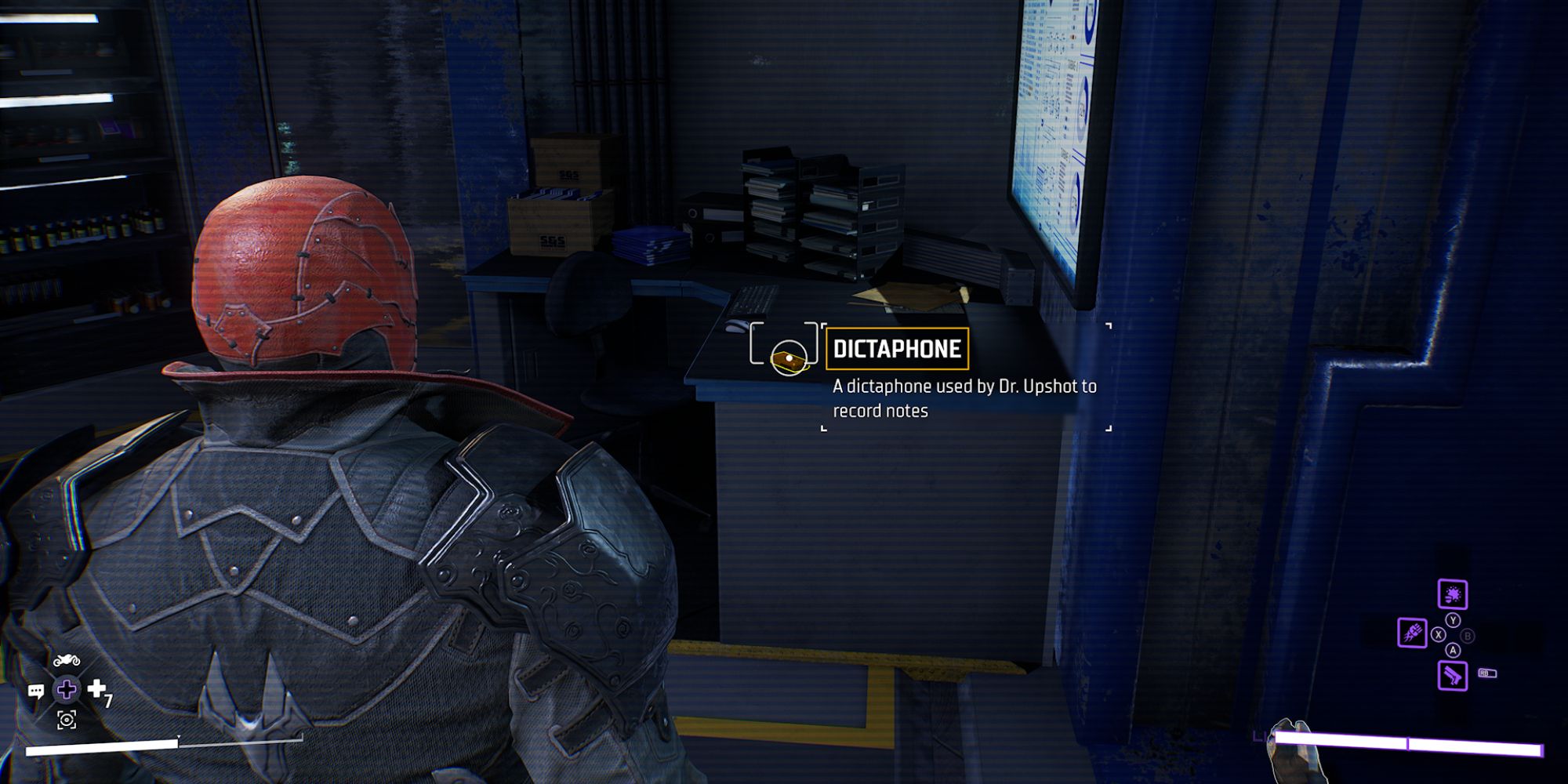 The Dictaphone is on the right side of the vault, atop a desk. Play it to learn about Upshot's working relationship with Freeze. 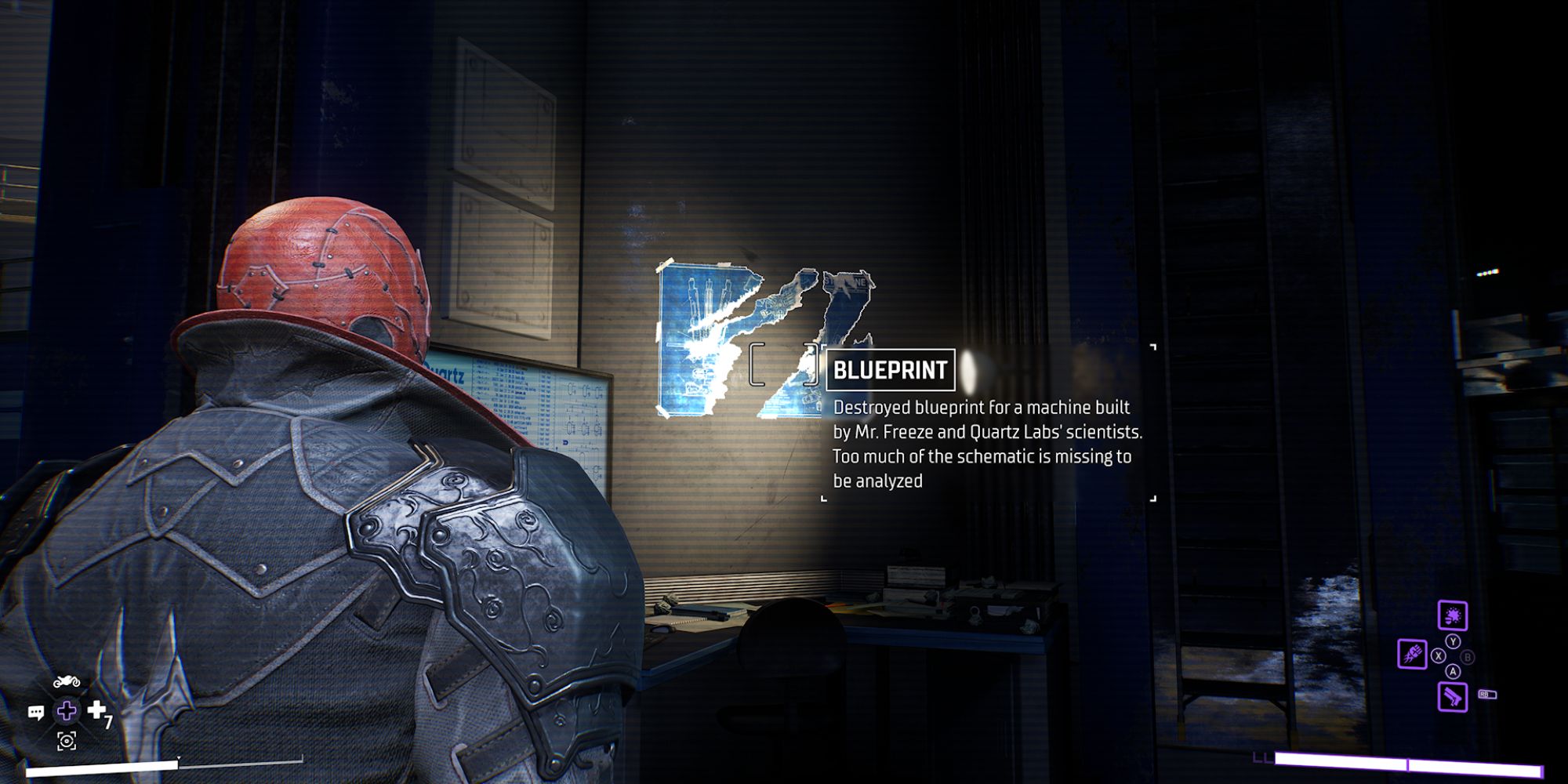 There's a ripped-up blueprint on the left wall of the vault. Scan it to acquire another clue, even if it's one that's not that useful. 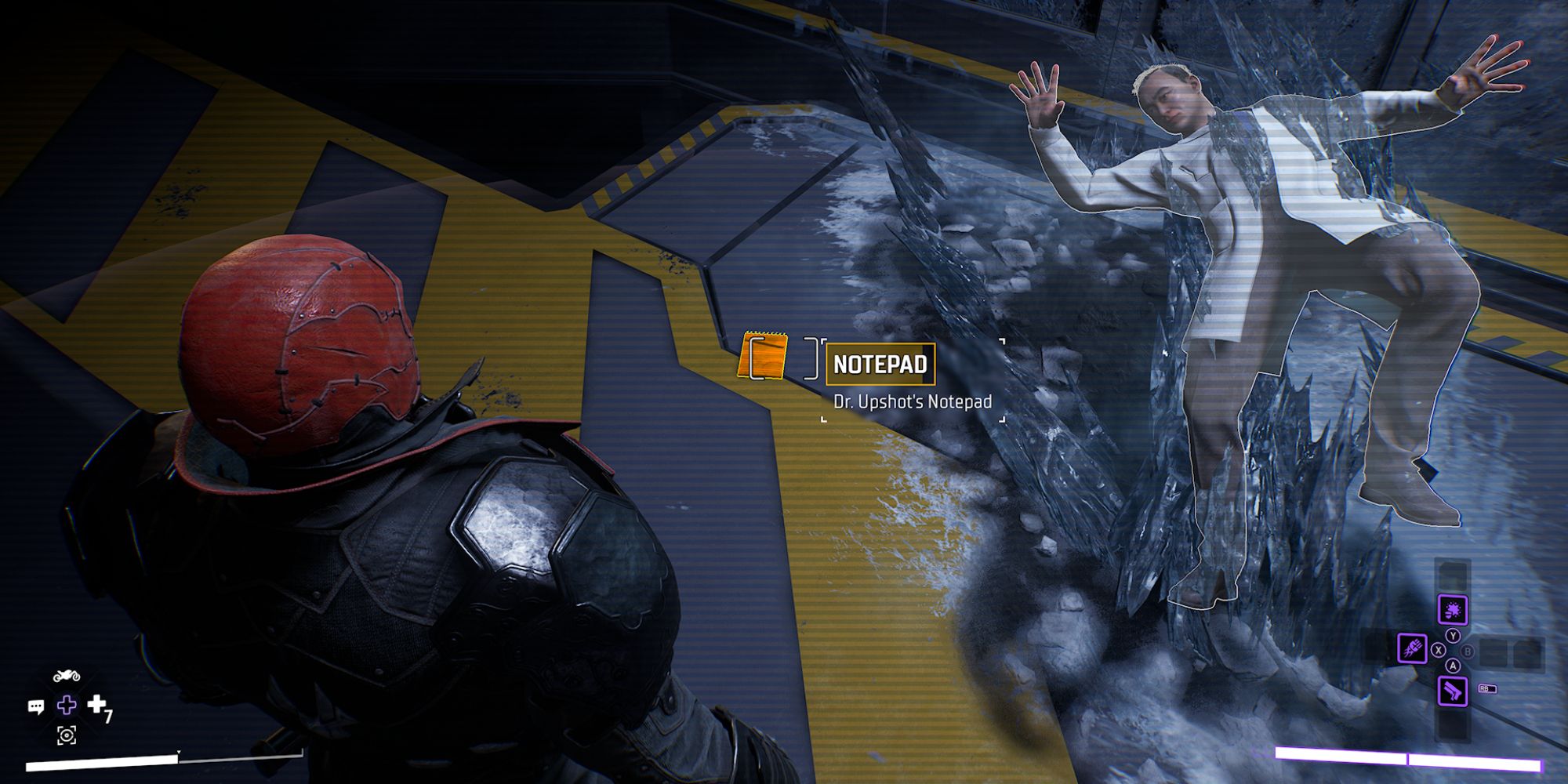 This is the easiest clue to miss. The notepad is on the floor next to Upshot's frozen corpse. 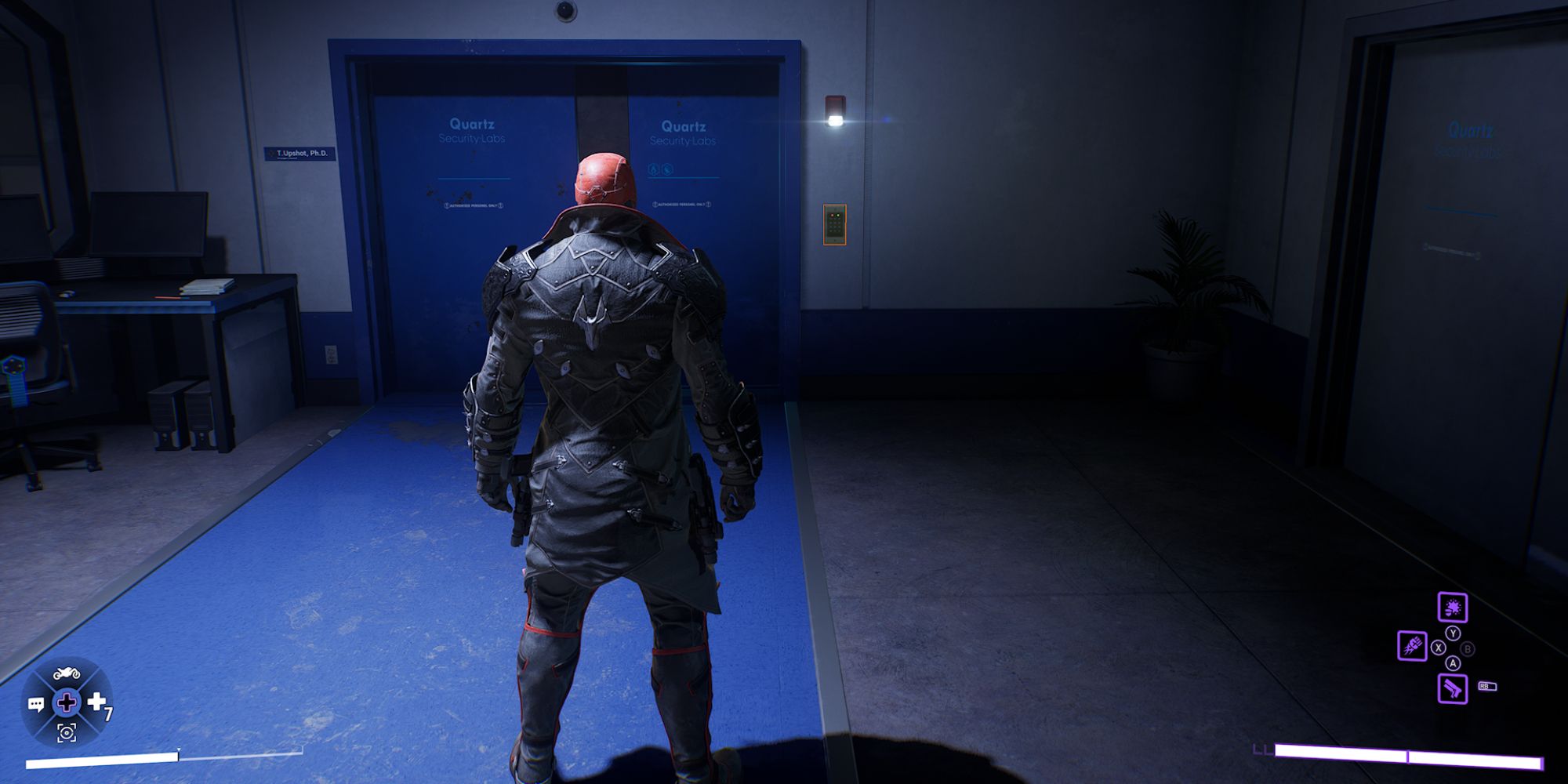 All these clues point you in the direction of Upshot's office. So, head up two sets of stairs to get to the area at the top. Use the console at the side of the door to unlock it. 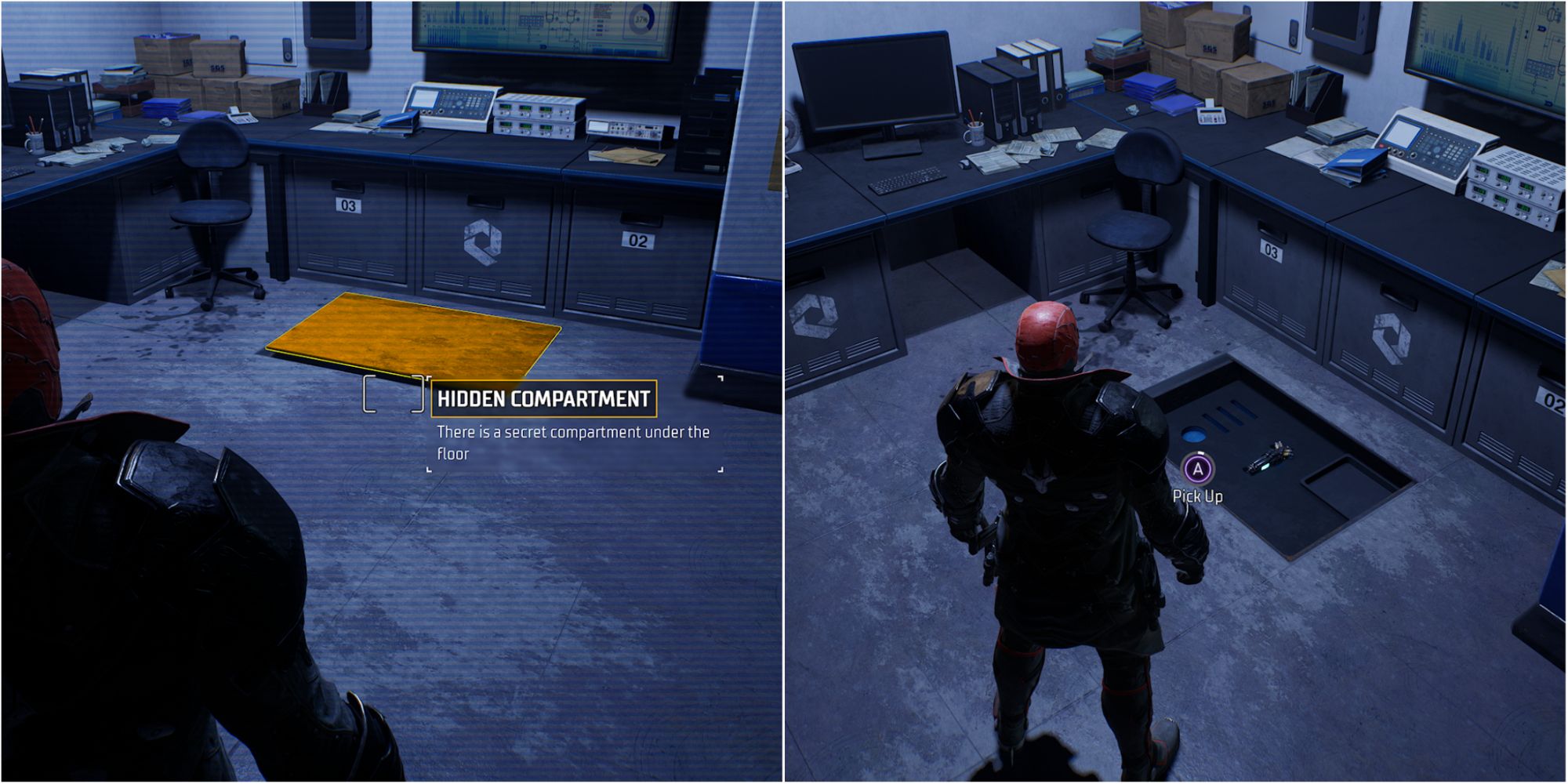 Go inside and around to the right. Then do an AR scan to locate a hidden compartment. Open it up and pick up the disrupter inside to finish the mission.