Unusual Coins are a new item introduced in Guild Wars 2: End of Dragons. This small blue coin can be found throughout Cantha and can be traded for a variety of items. There are only two places that Unusual Coins can be traded, so you may be a bit confused about what to do with them at first.

In this guide, we are going to go over everything you need to know about Unusual Coins. This will include efficient farming methods and items that you can exchange the coins for. First, let's take a look at the primary method for obtaining Unusual Coins.

Where To Find Unusual Coins 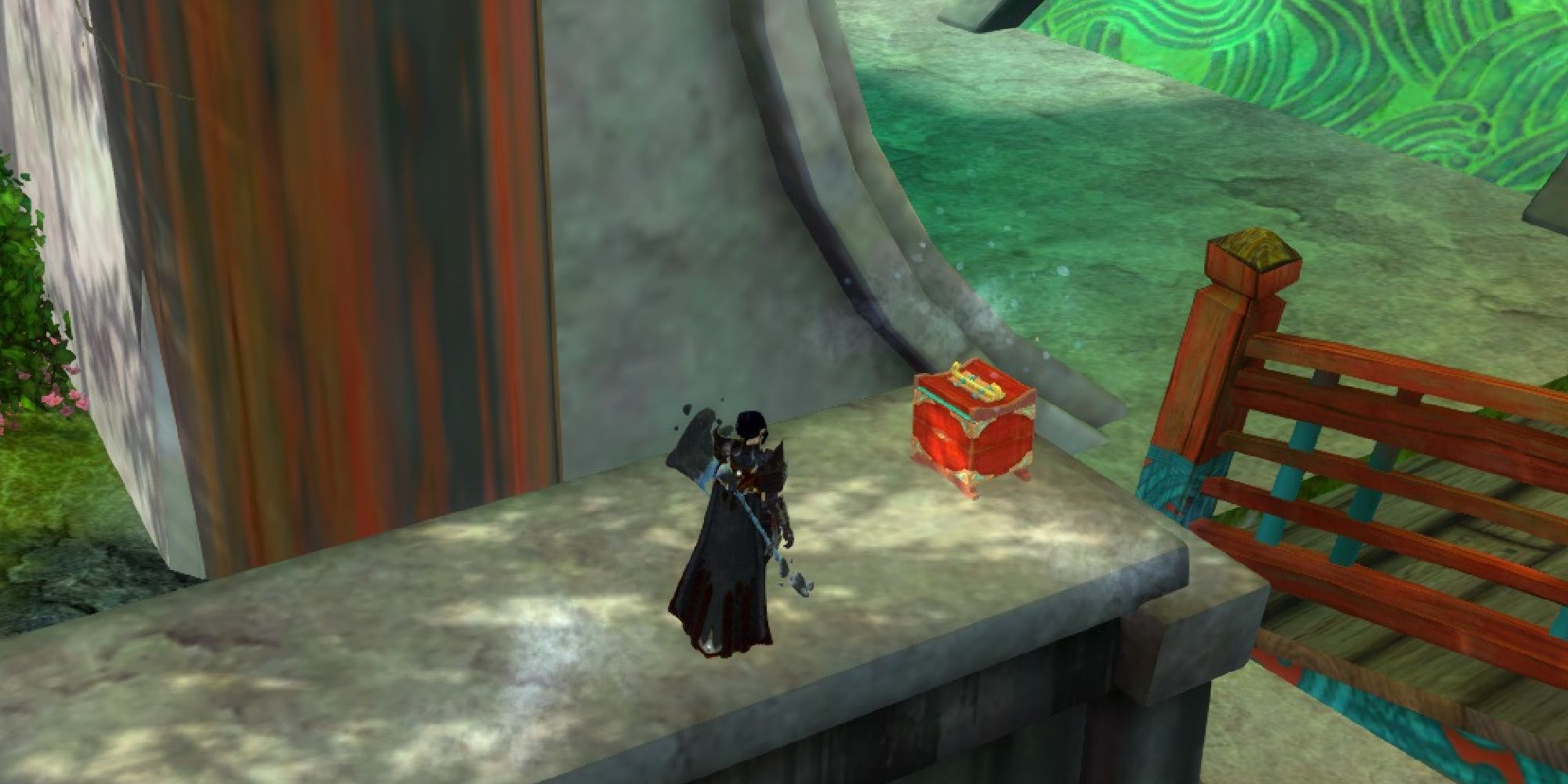 In general, Unusual Coins can be found from opening chests around Cantha. These are chests that appear in the world at the end of jumping puzzles or events, as well as after you interact with a Shrine Guardian Infant.

Depending on how large the chest is, you will get anywhere from one to ten Unusual Coins. This is guaranteed, so if you open up a smaller chest, you will still get at least one coin. 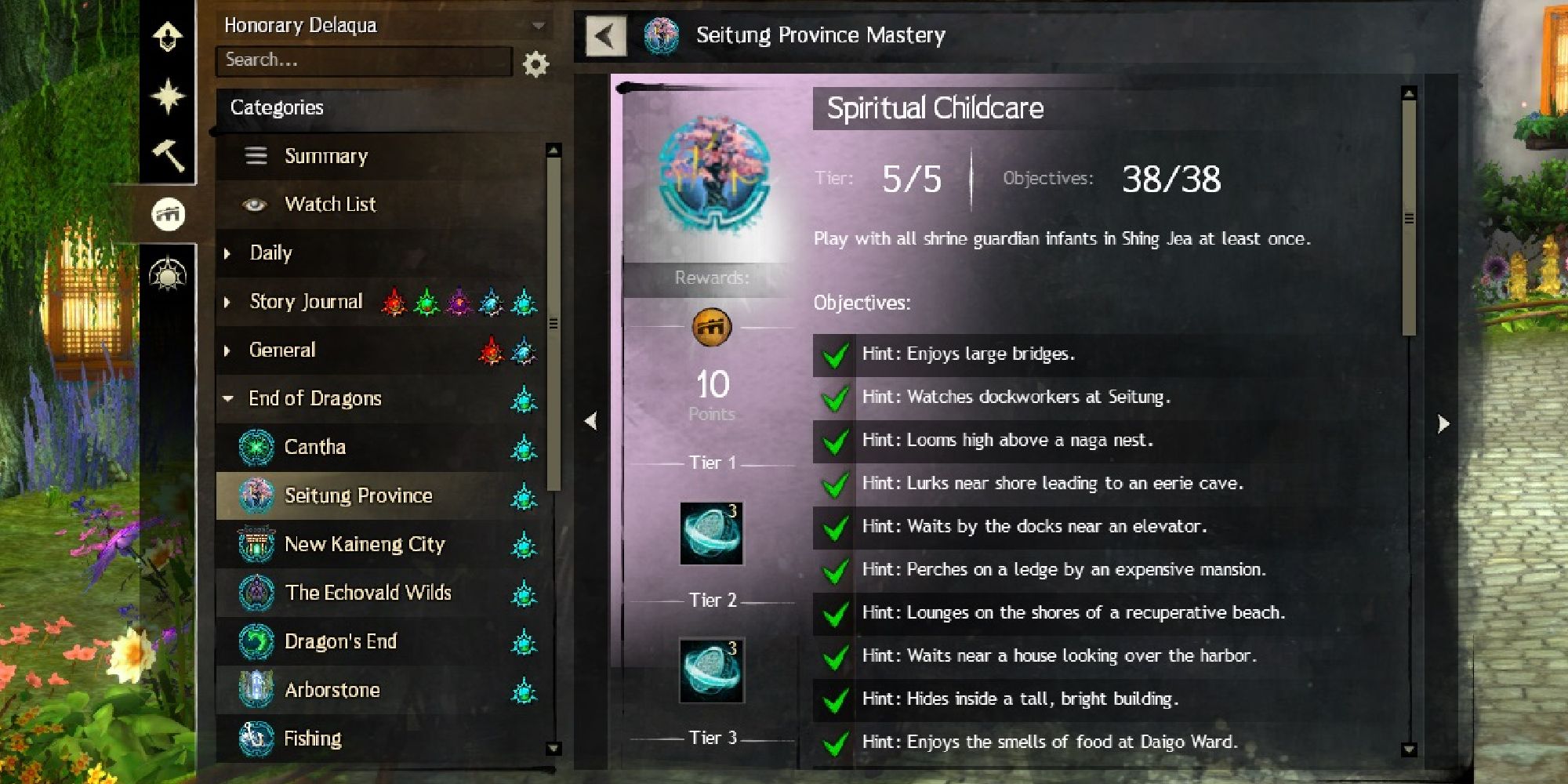 In addition to opening chests, you will be rewarded with Unusual Coins as you complete achievements. 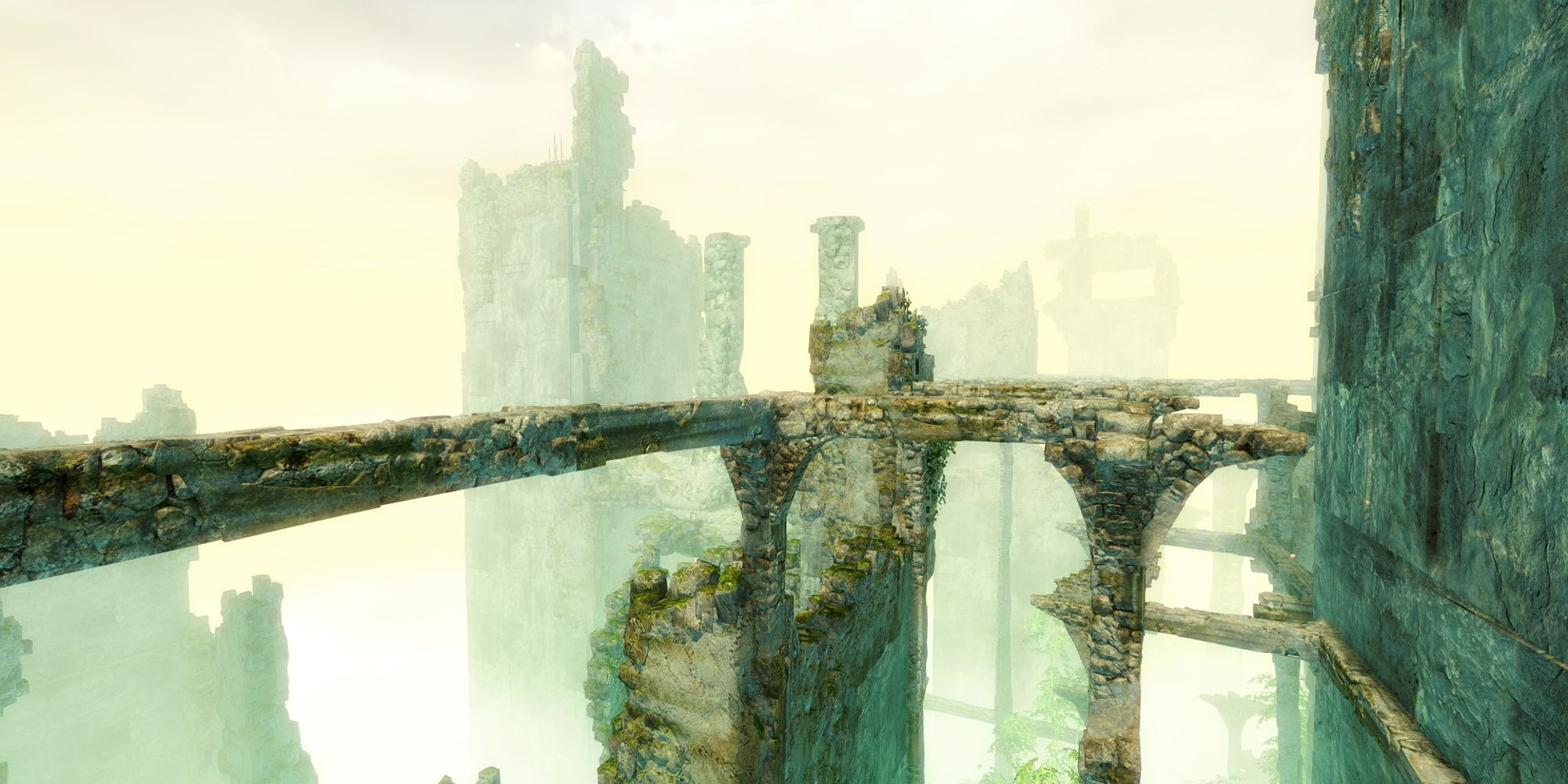 There are a few different ways to efficiently farm Unusual Coins, which we will go over below.

One quick way to easily the coins is by completing jumping puzzles. The Trial of the Tengu jumping puzzle in Seitung Province requires you to do a bit of extra work to open the chest at the end, but you can quickly complete the puzzle and open it.

The Wind through the Walls jumping puzzle in New Kaineng City is a great jumping puzzle to farm Unusual Coins from. The chest at the end of this puzzle can be opened once a day and is tied to your character, rather than your account. 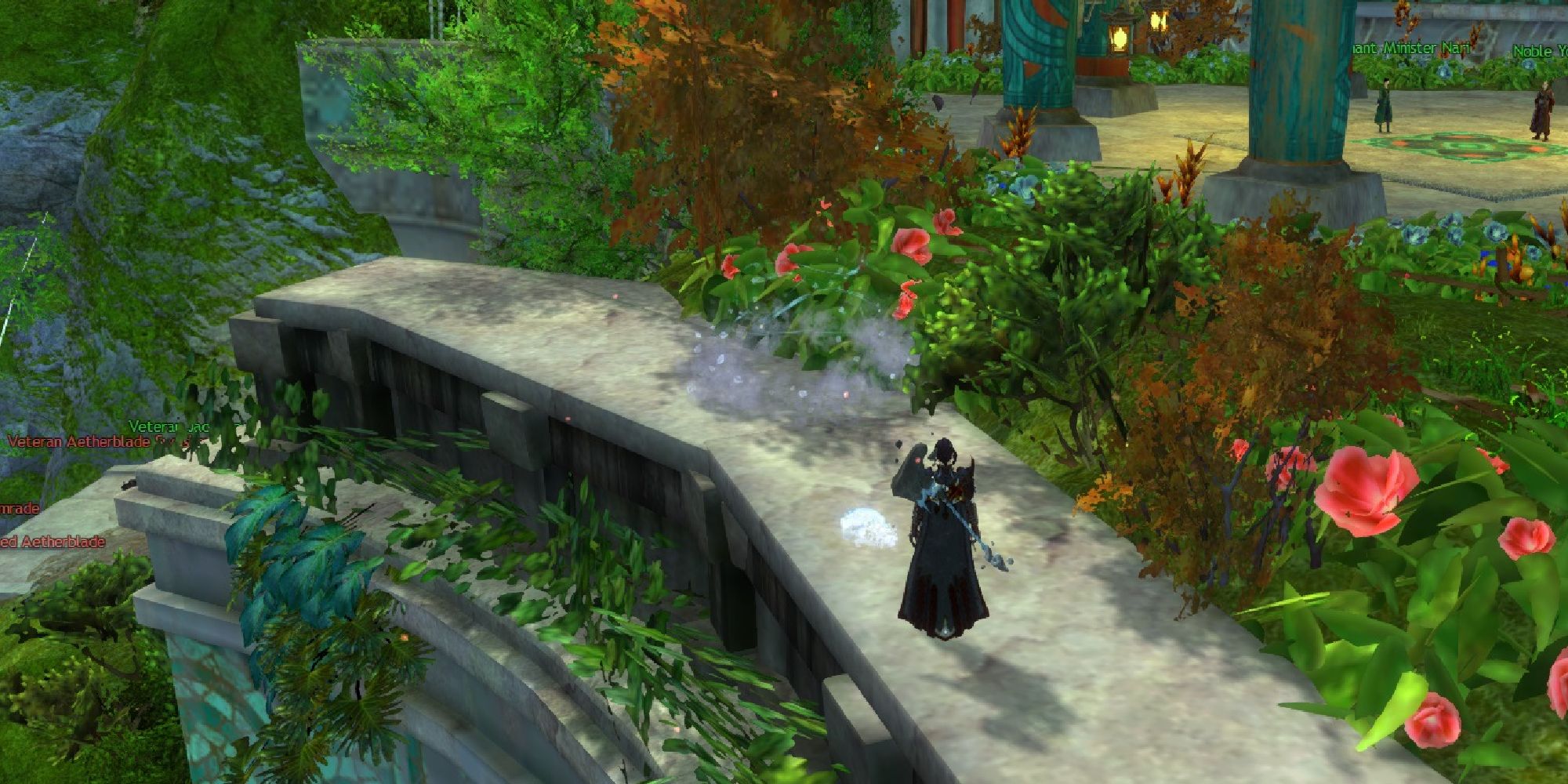 This method of farming Unusual Coins is a bit more tedious, but if you are trying to complete the Shrine Guardian achievements listed above, you can passively collect the coins.

For example, as you play with the spirits in Seitung Province, you will open 38 different chests that all contain at least one Unusual Coin. In addition to this, you will get a total of 15 coins from the achievement itself.

After completing the Spiritual Childcare, you will have made at least 50 Unusual Coins. 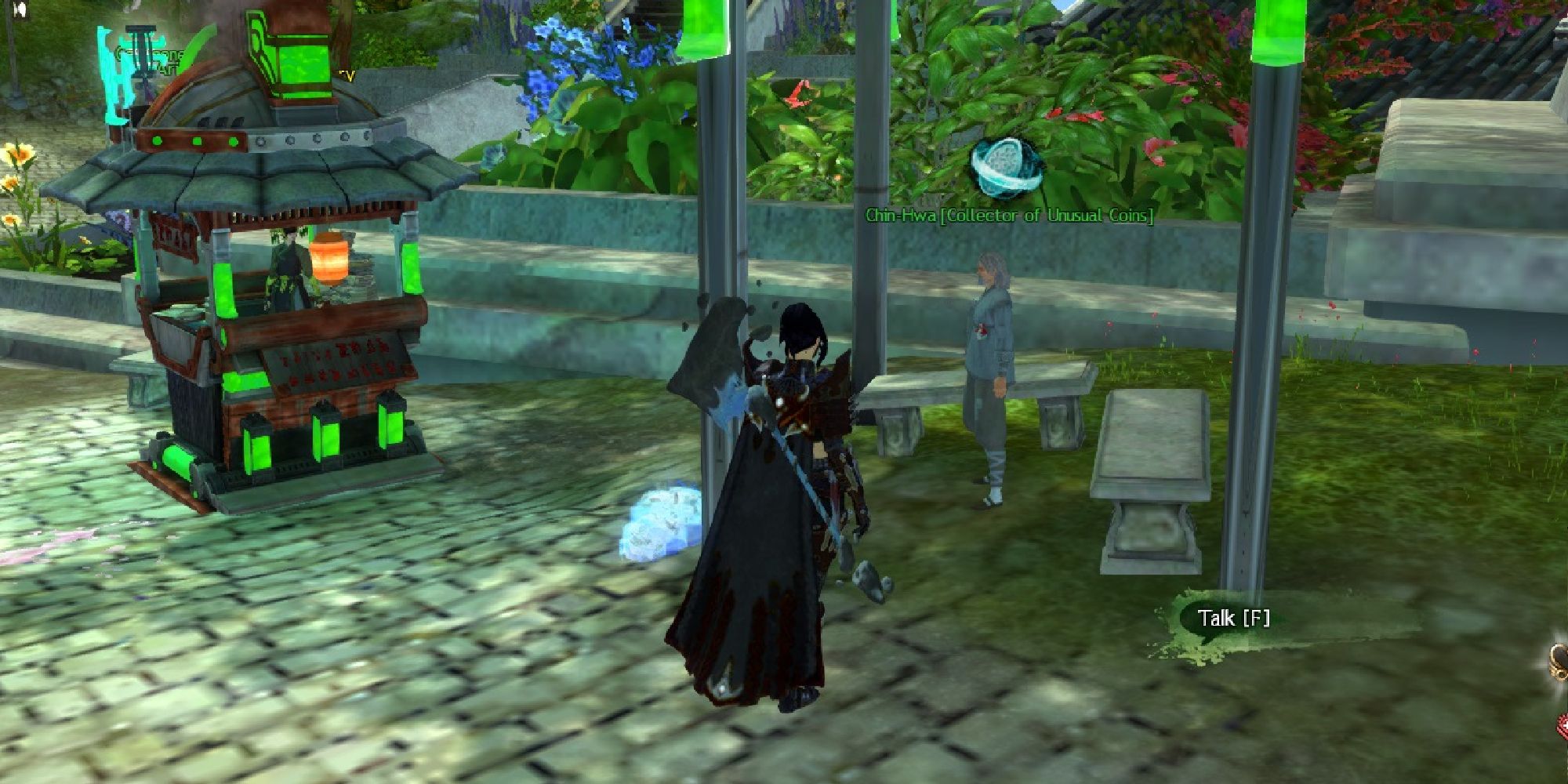 There are two vendors that accept Unusual Coins. First, we have Chin-Hwa.

This is a vendor found directly east of the Daigo Ward Waypoint. Chin-Hwa appears at the little icon of Unusual Coins on the map, making him easy to spot.

At this vendor, you can buy the following items.

These armor pieces all have Ritualist's stats, which provide an increase in vitality, condition damage, concentration, and expertise.