Things might finally be looking up for Halo Infinite. After months of delays for Halo Infinite's co-op campaign and creative Forge mode, 343 Industries has finally revealed when players will be able to play both.

In an update posted to Halo Waypoint, 343 Industries updated its roadmap for both the winter update and Season 3, which is coming next year. The winter update, scheduled for November 8 to March 7, will include a new 30-tier free battle pass, a new Cover On Flag game mode, new events in December and January, and unspecified quality of life improvements. And in the latest developer update, 343 confirmed the Forge beta will arrive on November 8 along with the full release of network co-op campaign and mission replay.

If the campaign co-op beta is any indication, Forge mode will remain in beta for several months before seeing a wider release. However, with so many creations being shared on social media, we wouldn't blame you for thinking that Halo Infinite's Forge mode is already in beta. Dataminers have cracked into the nascent Forge to create all manner of things, such as Half-Life 2's Gravity Gun, Mass Effect's Citadel, and Titanfall 2's Gauntlet. Even whole game modes have been recreated in Forge, such as Mario Kart and Squid Game's Red Light, Green Light. 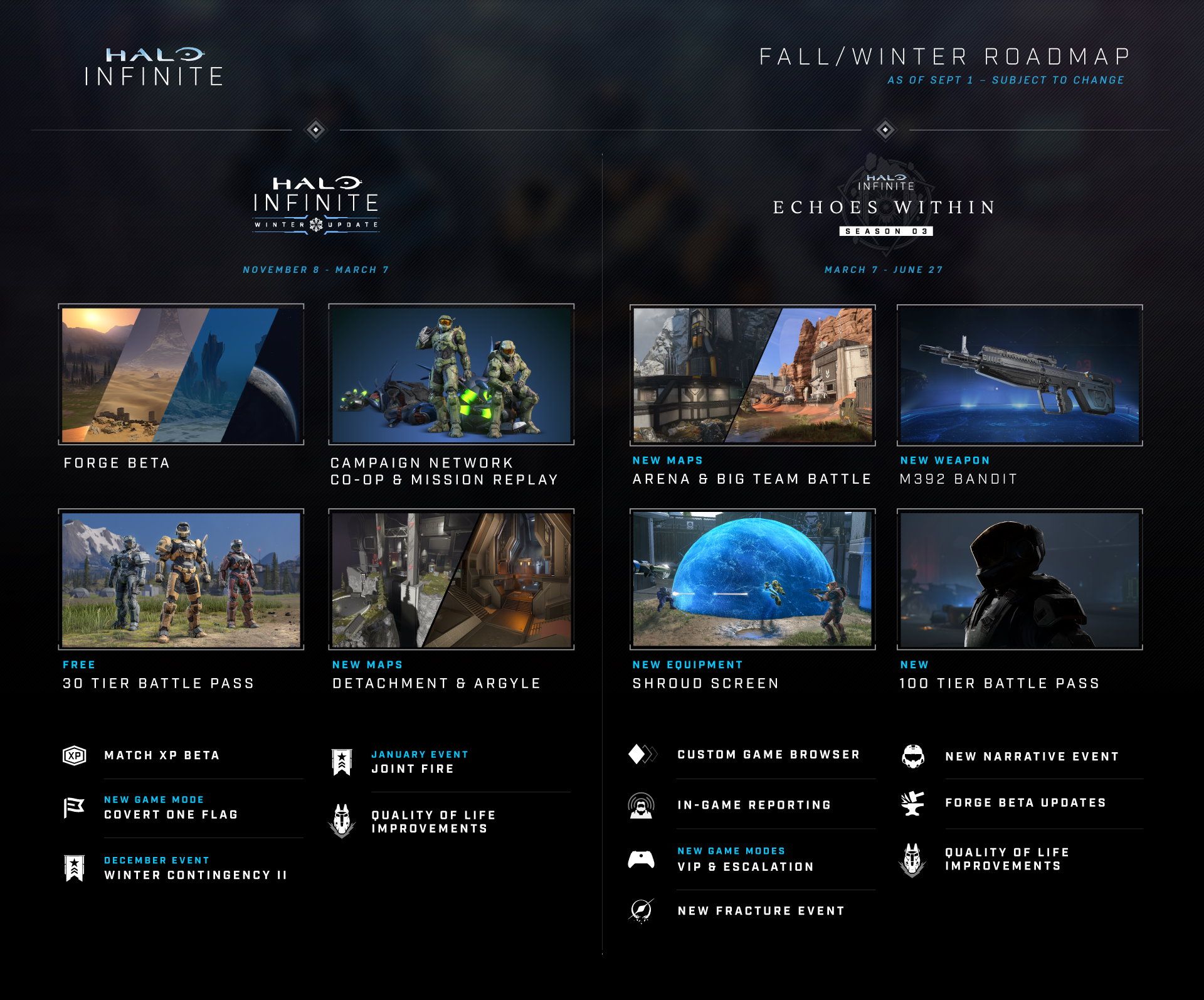 We'll have to wait for a more specific time frame on when Forge mode will begin its beta. Season 3, meanwhile, begins on March 7 and will run until June 27. Called "Echoes Within," Season 3 will bring new maps to Arena and Big Team Battle, a new weapon in the M392 Bandit, a new piece of concealing equipment, and a new 100-tier battle pass. There will also be updates for in-game reporting, custom game browsers, new events (including at least one narrative-focused event), and more Forge beta updates.

While we're waiting for Halo Infinite to receive features that have been promised since its November 2021 release, The Master Chief Collection continues to offer classic shooter gameplay to Halo fans. However, a recent 343 blog post is asking players whether they'd be okay with updating that classic shooter formula with microtransactions, something that fans have historically been against.