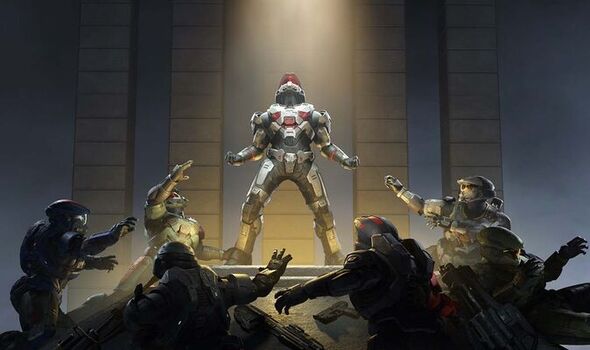 Halo Infinite season 2 is almost here, with 343 Industries gearing up for the launch of its next Battle Pass. The makers of Master Chief’s latest adventure are preparing for a bunch of new content for Spartans to play with, as season 2 of Halo Infinite will be launching on Tuesday May 3. And Xbox fans have already got a taster of what’s in store, with the headline addition being the inclusion of classic multiplayer mode King of the Hill.

Speaking about what’s included in Halo Infinite season 2, 343 Industries said: “Knowing the rules of engagement is paramount to success.

“Today, we’re giving you an early look at new game modes arriving with Season 2 of Halo Infinite – Landgrab, King of the Hill, and Last Spartan Standing.”

These new playing field are the Catalyst and Breaker maps.

KING OF THE HILL

You know how the game is played, but there’s a little bit of a twist to this one. A neutral hill spawns on the map and two teams battle it out to control the hill and earn points. When a player enters the hill uncontested, it is captured and begins earning 1 point per second into a capture bar. When a team’s capture bar is full, they score 1 point and a new hill spawns somewhere else on the map.

At the start of the match, there are 3 neutral zones around the map. When a player captures a zone, it is locked and gives their team 1 point. When all zones are captured, there is an intermission before 3 new neutral zones spawn. The first team to score 11 points wins.

Last Spartan Standing is based around the Lone Wolves theme of Season 2.

In this free-for-all experience, 12 players spawn on Big Team Battle maps with a confined loadout and 5 respawns. Once a player runs out of respawns and can no longer participate, they can either spectate or leave the match without penalty.

If a player gets a kill in the match, they can upgrade to a different weapon—something players of “Escalation Slayer” will no doubt be familiar with. The match ends when there is just one Spartan left standing.

Related posts:
Recent Posts
We use cookies to ensure that we give you the best experience on our website. If you continue to use this site we will assume that you are happy with it.Ok