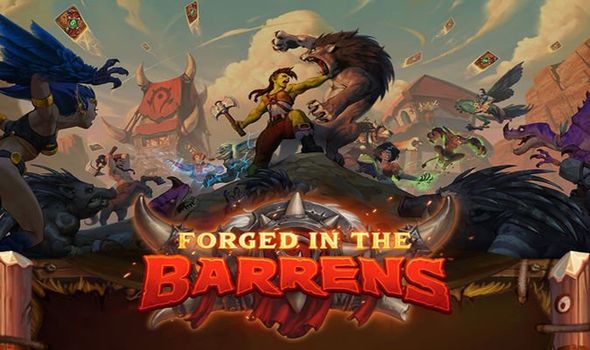 Anyone waiting on the final card reveal for Hearthstone: Forged in the Barrens can now mark it down in their calendar.

Developers Blizzard have announced that they have big plans leading up to its next card expansion, including a pre-release weekend and Twitch Drops.

But one of the big updates will come during the final Forged in the Barrens Card reveal being hosted on Twitch.

According to Blizzard new Hearthstone cards will be revealed by RegisKillbin, Community Manager Chris Sierra, and Game Designer Liv Breeden on March 22 at 10:00 a.m. PT.

These will include the final Forged in the Barren cards, meaning there could be some big surprises.

For gamers in the UK, the final reveal for the next Hearthstone expansion is scheduled to kick off at 5pm GMT, on the same day.

This will be the same day that a community-driven streaming event will be taking place on Twitch.

16 Hearthstone Creators have signed up to try out fan desklists during the Theorycrafting Livestreams.

Each creator will select one winner, with that winner earning a free Mega Bundle code. The rules are as follows for submitting your ideas:

“Visit the Hearthstone website and build a Standard deck using at least 10 Forged in the Barrens cards.

“You can have 10 unique cards or duplicates (such as x2 of 5 cards). Then, reply to your favourite creator’s deck contest post on March 22 with your deck code and a brief description of how it works. The winning decks will be played by the creator that selected it during Theorycrafting Livestreams on March 23.”

A pre-release weekend is also being planned by Blizzard which should complete the countdown to the 135 new cards being added to the game.

Running from March 26 to March 29, private pre-release Fireside Gatherings will be available to host to give you a chance to bust open Forged in the Barrens card packs before the expansion officially launches.

In addition to opening your packs early, Pre-release will also feature Fireside Brawls that will let you play with the new cards.

You’ll be able to construct decks using the cards that you open during the Pre-Release event, with no restrictions on class or duplicates.

Private pre-release Fireside Gatherings will take place the weekend before Forged in the Barrens goes live, starting and ending at 6pm GMT.

The Hearthstone Forged in the Barrens release date has been set for March 30, and is likely to go live first in the United States.

More on the final launch plan is expected to be shared by Blizzard in the coming weeks, including details for PC and Mobile gamers.