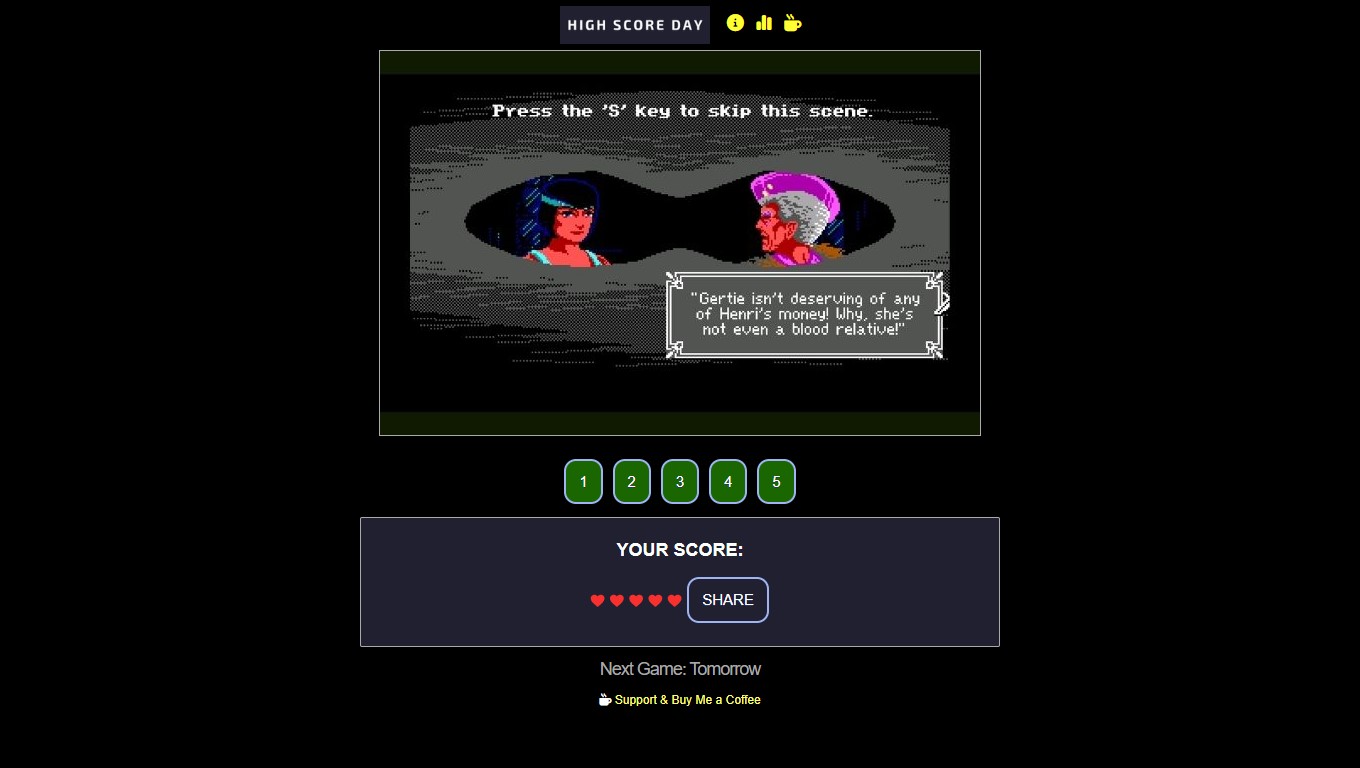 Forget Heardle and Framed, there’s now a Wordle copycat all about video games of the past and present.

Despite currently being the world’s most popular video game, there have been curiously few Wordle clones that have anything to do with traditional games. There’s the very clever Dungleon and a Pokémon themed clone but nothing about video games in general.

Just as there’s Heardle for music and Framed for films, there is now High Score Day for games and it’s very difficult if you don’t know your gaming history.

At first glance, High Score Day appears to be very similar to Framed, where you try and guess the movie by looking at a series of screenshots. Instead of just one game though, High Score Day challenges you to name five within a certain theme.

This means that High Score Day is pretty far away from actual Wordle, except that there’s only one set of puzzles per day.

The fact that there is a theme is weird because the game makes no mention of the fact, even though all of today’s answers are detective games. Although the creator does hint at them on Twitter.

So either that’s a massive coincidence or subsequent days are also going to have a link between each of the games.

We’re tempted to say that the last of the five screenshots is the hardest to get but that may only be because it’s the oldest and an America game that’s not well known outside its home country. The second game is definitely hard too, so the order may be random.

As in Framed and Heardle, you don’t have to remember the exact name or spelling, as the browser will help fill that in for you, so it really is just down to your gaming knowledge.

Like most Wordle clones there are daily stats, so you can keep track of how you’re doing and which genres you need to brush up on.