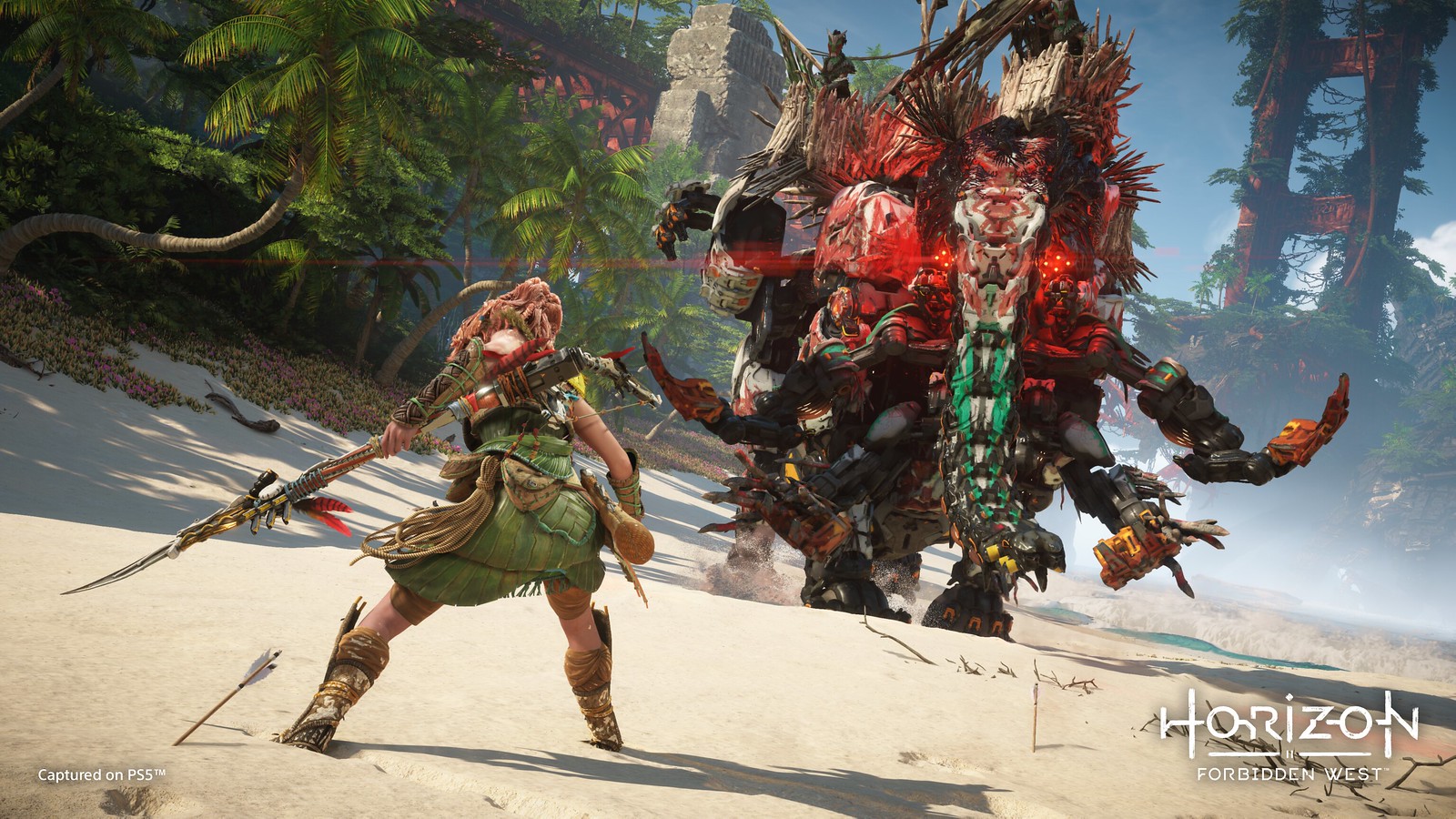 Sony has showcased 14 minutes of Horizon Forbidden West gameplay and, at least in terms of visuals, it looks absolutely stunning.

When Horizon Forbidden West was announced to be a cross-gen game, that’s also being released on PlayStation 4, there were many complaints that what was thought to be a next gen-only title would be held back by having to work on the older hardware. But that definitely didn’t seem to be a problem judging by the first gameplay footage released on Thursday night.

Between this, Dying Light 2, and Sonic the Hedgehog we don’t know why everyone chose Thursday to make their big reveals, but it was almost like a mini-E3.

The Horizon Forbidden West gameplay was presented without any information on release dates, but since there was no talk of a delay presumably it’s still on track for release this autumn. (God Of War: Ragnarök is also supposed to be out in 2021 but there still hasn’t been so much as a screenshot for that.)

We strongly advise you to watch the trailer yourself but we can say, without an ounce of hyperbole, it features some of the best graphics we’ve ever seen.

The sequence is set on a beach in what was San Francisco and the underwater sections and waves rolling onto the sand look especially impressive.

There’s also a number of new robot animals, including velociraptors with feathers (don’t think about it too much, it just looks cool), pterosaurs, and what looks like an oiliphaunt from Lord of the Rings.

As good as the graphics are they weren’t exactly shabby in Horizon Zero Dawn, which although enjoyable suffered from shallow and repetitive combat and missions.

How much that has been improved upon in the sequel is hard to tell from 15 minutes of hands-off footage but enemies and robots now seem to be heavily armoured, with Aloy needing to use special weapons to damage them properly.

Hopefully that and other new features, such as a grapple and a holographic hang-glider, will help to build the gameplay out, because if it plays even half as well as it looks it’s going to be amazing.