House of the Dragon is a return to the world of Westeros which means that much of its world-building is familiar for fans of Game of Thrones. An exposition card at the beginning of the premiere references how distant the show's era is from the birth of Daenerys Targaryen — 172 years, if you're keeping track. Nearly two centuries before the A Song of Ice and Fire saga would begin, the Targaryens are uniformly blond and bonded with dragons, the Starks are in the north, and King's Landing is Westeros' capitol city. So far, so familiar.

But then House of the Dragon threw out a seemingly small world-building detail that was entirely new and captivating. During a meeting of King Viserys' small council, each council member placed an orb into a disc with black brackets and a divot in front of them as they arrived. This seems straightforward enough: the ball is a symbol of their presence.

But, after a meeting in which he is at odds with the rest of the council for his violent attack on alleged criminals throughout the city, Daemon Targaryen leaves the meeting early. When we cut back to the meeting, his orb is still in the divot where he sat. This, also, seems straightforward: Daemon feels he is above the rules governing the small council in the same way he believes himself to be above the law governing citizens of Westeros. 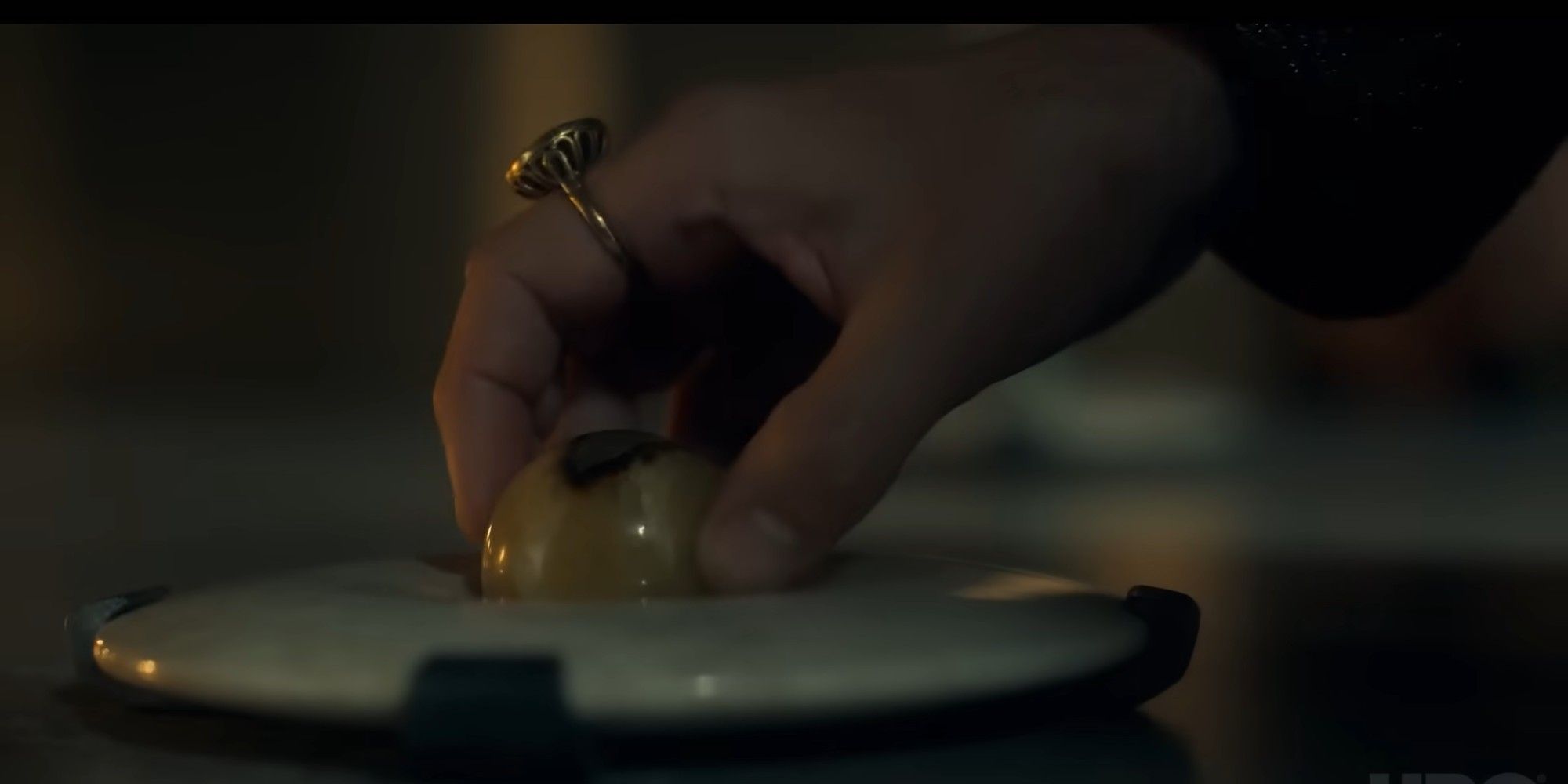 This is called into question, though, when King Viserys also leaves his orb behind when he exits a council meeting. It could be that Viserys, angry with his council for bickering over his potential heir on the same day he lost his wife and child, has no time for formality. Still, on the only occasions House of the Dragon shows us someone leaving a council meeting, they don't take their orb with them.

So, who does fetch the balls after a meeting? Is the expectation that each member of the council will have a servant return to the chamber and grab their special sphere? It seems to defeat the purpose of placing the ball to signify your presence if you don't also remove it to signify your absence.

Plus, why are the council members' orbs different colors? Viserys has a white sphere, while Daemon has a black one. There's some visual symbolism going on, for sure — Viserys is good, Daemon is bad — but that's complicated by the fact that Viserys, having sentenced his wife to die by forced cesarean, is, at best, morally gray. And, while that may work as a visual motif, it doesn't work as in-world logic. A king wouldn't knowingly put a person that he sees as evil on his council.

Adding to the complexity, there is also a larger platform in the center of the table, covered in what looks like green felt, on which another ball rests. This one is also black. We don't see anyone place it, but the implication seems to be that it signifies a meeting is in session.

I'm sure there are answers to all my questions about the table balls in the Wiki of Ice and Fire. But, as with Game of Thrones, I want to go into this unspoiled. I want to enjoy House of the Dragon as a TV series with surprises, not as an adaptation of a book I've already read. That means more twists and turns in the long run, but it also means that I don't know how the hell these balls work.