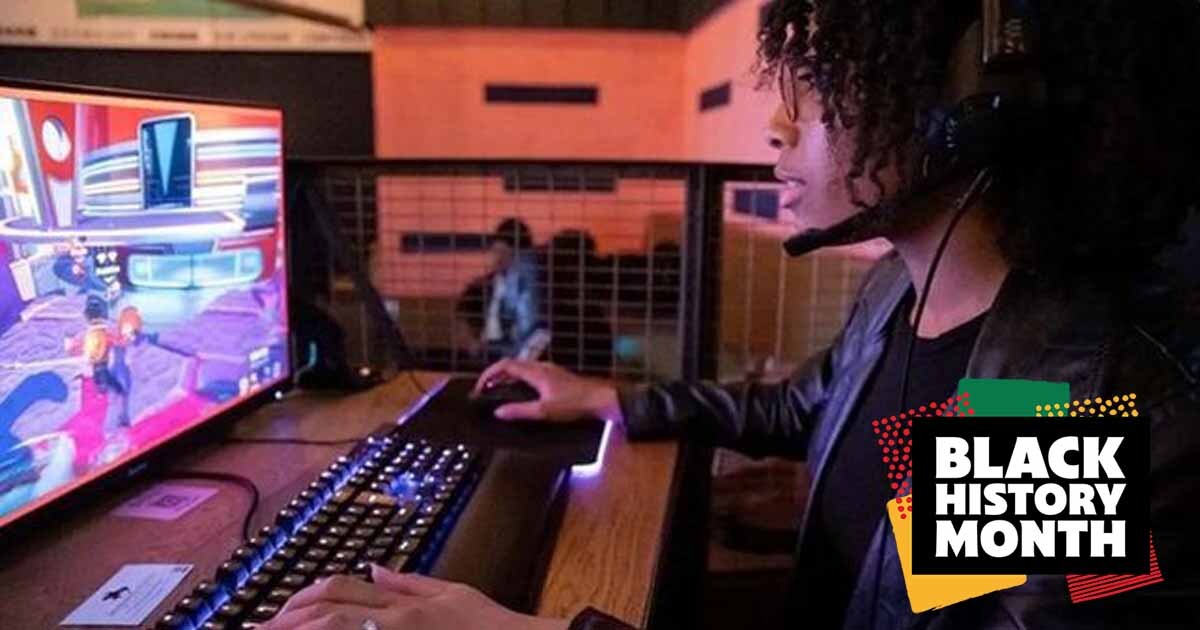 The gaming world serves as a safe space for many; it offers opportunities for unique discoveries, self-expression, and exploration while creating an umbrella of tight-knit, niche communities. With so many heeding its call, more creators, streamers, and developers are joining in, all intending to make their own impact.

However, diversity in the UK games industry is severely underrepresented and Black women, in particular, are constantly overlooked, underestimated, and outright ignored in their respective fields.

As a result, there is a growing community that is striving for recognition and fair treatment, although there is still a long way to go as the industry moves at a tortoise-like pace.

For decades, the creation and marketing of games has been geared toward a male audience, and white male creators are usually at the forefront of this, especially on platforms such as Twitch where they are the highest paid.

This issue perpetuates a toxic and misogynistic work environment for marginalised people, who tend to feel like collateral damage in comparison to their privileged peers. It is usually often overlooked and has even been encouraged by some companies, especially in their early marketing days.

Although it seems like the gaming industry is having a girl boss moment, Black female creators still aren’t visible in this, as they’re not taken seriously.

Many are ostracised and underpaid, despite consumer brands of all types, including games, exploiting creators of colour or all but ignoring them, to rely on only a token number of Black creatives.

72% of game developers in the US are white males and the companies with the ability to change this are seemingly reticent to do so, as a result it is creators-turned-entrepreneurs who are doing the necessary work to address the lack of transparency and unassailable gaps in gaming.

‘I have experienced getting my ideas ignored only for them to be repeated by my white male counterparts and gotten accepted, it’s not a nice feeling and I know it’s happening to so many others in the industry,’ says Tori-Jada Bascombe, a 24-year-old content creator who streams her day-to-day experiences in the gaming world.

‘Growing up, I only ever played games with my cousins, as none of my friends are gamers, and at the beginning of 2020 I decided to step out of my comfort zone and find a similar like-minded community to socialise with.’

Laya Loxe, a 32-year-old Twitch streamer in the UK, currently juggles her time between gaming as her side hustle and passion, and her full-time job as a voice artist. She has been into gaming since her childhood years, when she constantly played with her brother, but her biggest challenge was at the beginning of her career as a streamer, when she was unsure about how to try and break into the business.

‘I didn’t know how I was going to handle working full time and streaming, but I was determined to do my best to follow through with my decision. The actual process of streaming and gaming came relatively easy for me, but I had difficulty planning the entire process out.’

Ladell Smith is also a 32-year-old video game streamer in the UK, whose day job is as an associate social and community manager for different gaming communities and networks. They explain that one of the biggest challenges that Black women face is the lack of executive senior level opportunities and the lack of substantial help from allies.

‘I think hiring Black women in senior positions [is vital], instead of just assuming that all they need to break into the industry are internships and entry-level jobs. Keeping them on the same level without having the chance to move up the ladder to a higher position is something that happens a lot and should be worked on.

A lot of people and organisations call themselves allies, that are fully dedicated to making sure there is adequate representation, yet when it’s time to step up and do the work its crickets.’

This is a persistent problem for Black women, who see fewer representatives for themselves in higher positions and feel less inclined to put themselves out there and apply for roles, as they fear rejection.

‘I think because I have a smaller audience on my streaming network, and don’t usually play mainstream games like COD or Valorant, I’m one of the few Black women who hasn’t been racially harassed while streaming,’ says Loxe. ‘I usually play Fortnite in a single-player format without listening to anyone else’s input.’

Bascombe has certainly dealt with stereotypical comments from people who didn’t expect her to be playing certain games: ‘I’m, like, well it shouldn’t be surprising, I refuse to be put into a box, I’m a gamer I play games that’s it.’

It is impossible to overstate the importance of communities in fostering a supportive environment for Black women to flourish and this is something that all three women can agree on. They all mentioned groups and inspirational mentors like Jay-Ann Lopez, CEO of Black Girl Gamers; Ebonix and Geeky Cassie of Black Twitch UK; and Annabel Ashalley-Anthony of Melanin Gamers.

These women are breaking ground in the industry and are paving the way for more Black women to make an impact, receive opportunities, and be seen and heard in their own right.

Bascombe looks back on her journey so far by saying: ‘I joined the industry without knowledge of what to expect and when I co-hosted my first gaming event in 2020 I got to meet an amazing group of friends along the line. This experience is one that I wouldn’t trade for the world as it has helped shape me, although there is still a lot of work to do to make it a safer space for Black women.’

Loxe believes that Black women looking to join the industry should be unapologetic in following their passion and start with whatever resources they have to make an impact. ‘There is a lack of opportunity for Black women in this industry, as we are constantly overlooked. I think we should start somewhere to carve out spaces for more of us to flourish and for our influence to be recognised in the industry,’ she says.

Smith also reflects on their journey in the industry and how they got to follow their passion, despite parental expectations of a corporate job.

‘I’ve always wanted to be a part of the gaming world, but my parents expected me to go into education, which is a more stable field of employment. I worked as a welfare coach at a school and had several gaming mentorship programmes while streaming on the side.

‘My mentor wanted to help increase the industry’s diversity and fully supported me all the way. When I finally got a full-time job it all seemed so surreal, as my hard work had finally paid off and my family understood how much this meant for me.’

October marks Black History Month, which reflects on the achievements, cultures and contributions of Black people in the UK and across the globe, as well as educating others about the diverse history of those from African and Caribbean descent.

For more information about the events and celebrations that are taking place this year, visit the official Black History Month website.