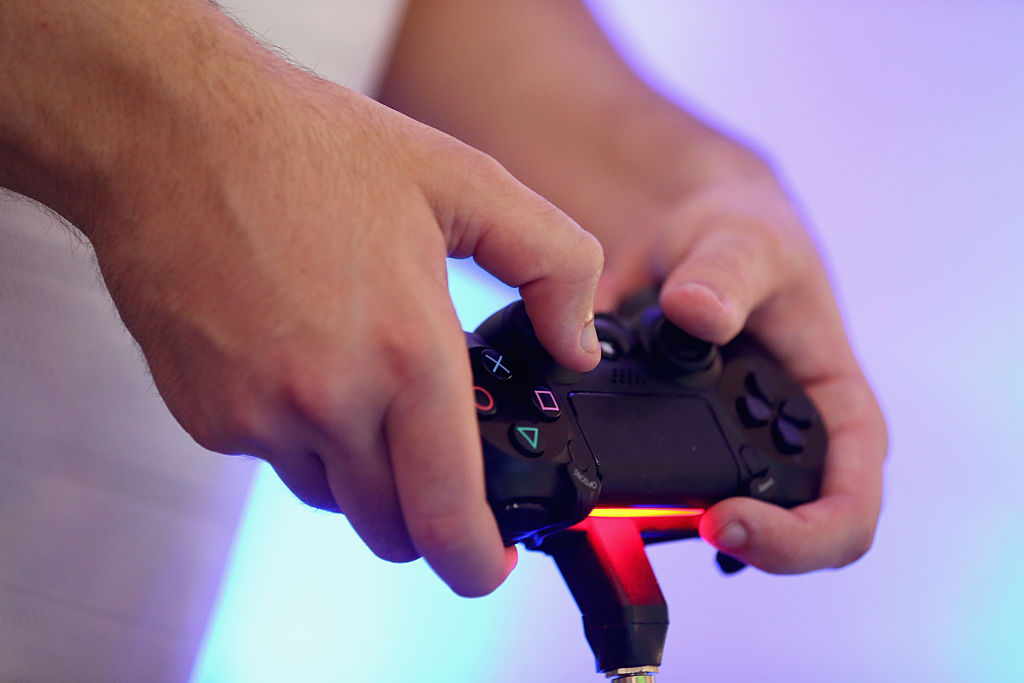 A reader describes how he acknowledged and dealt with his alcohol problems and the positive role that video games have played in his life.

I am not an alcoholic by definition, but I was a very heavy drinker. Most of my adult life has revolved around drinking and always drinking too much. I have always gamed; drinking and gaming have gone hand in hand. Switch my console on, crack open a tinnie. The longer I gamed the more I drank. Not a good recipe for success. So over the next few paragraphs I am going to share my experience and how it is changing going sober. I promise not to be an evangelist.

I don’t have a regular job. I run my own business, which has periods of intense work and periods of nothing. It’s the nature of the sector I work in. I work away from home a lot and always take a console or other means to game on while sat in a hotel room, in the hope it discourages me from spending the time in a bar. That was the theory but to tell you the truth it never made much difference. I’d have a few pints with my evening meal and that would put the gaming on hold.

I will concentrate now on a typical evening and weekends after. This is during the quiet times. I never behaved like this if work was involved, I’ve always been able to show restraint, but I would still have a drink, as stated previously.

I normally switch on around 7pm and start drinking. I normally play single-player games during the week. I don’t have a favourite genre so whatever takes my fancy. I’ll play through the evening, making progress like any normal gamer, but slowly but surely as the drink flows this will diminish until I get to a wall. Normally it’s because a bit of skill or quick reactions are involved and that’s shot to pieces due to the beer. At that point I would switch off and go on some mindless game which doesn’t require any great skill or thought. Cricket 22 was a recent favourite. When that started to fail at some point, I would stagger off to bed.

The following night would be a repeat process but with a slight change. I would have pretty much no idea what was going on in regard to the story and any new button combinations were long forgotten. A few more repeat nights, the game gets put on the back burner and it’s off to something else. Rinse and repeat.

The weekends were slightly different. This is normally a time to meet up online with my best mate for some multiplayer action. I would still go on around 7pm and he’d come on around 8pm, after putting his kid to bed. We still like to play PUBG and have put in days and days of play into it – with very little success on the chicken dinner front.

That’s not to say we are bad players. Let me state that my mate is a good player, with a respectable kill/death ratio and plenty of wins under his belt. He’s just completely handicapped by my drunken inability to perform at anything beyond useless. My K/D ratio is shocking. My success rate is an absolute joke. I’m that inept he won’t let me drive a vehicle! He will normally finish our gaming together at 10pm, saying that he needs to go and do something. I will go off and follow the weekday routine and we know how well that works out.

On the 5th of August I took control of my life and quit drinking. Not just some time off or only at weekends or special occasions. Full on no more. The biggest reason was for my physical health and my mental health, which I have written about on here before, but I want my hobby back. I want to get back to enjoying it, rising to the challenge, beating the tough games and not wasting my time on rubbish like Cricket 22! No offence Cricket 22.

I’ve written features in the past about difficult games but how much of that was influenced by my drinking and not the game? Only time will tell as I will start to go back and revisit some of those with a clearer mind. Maybe I won’t find Soulslike games so difficult after all. That might be pushing it a bit!

As you read this you might be thinking it’s only been a couple of weeks on the wagon but already, I am seeing positive changes. My best mate now stays on with me much later. He says it’s not because I’m sober now but secretly, I think it is. My gaming is much more enjoyable, I make so much progress and can remember stuff. It is these things that are driving my motivation.

Just to show how things have changed. We were invited to the pub with friends at lunchtime, followed by drinks in their garden. We left at 4pm. In days of your yore, I would have been well cut and in no fit state to game in the evening. Not this day, I came home, and in the evening fired up the console for four hours of positive gaming. Sorry, I couldn’t write the whole article without a little evangelism!

I have given up one thing and gained so much more.

PS: A word of thanks to my wife and best mate for the support they have shown me. I love you both.

The NHS recommends Drinkline, the national alcohol helpline. If you’re worried about your own or someone else’s drinking, there is a free helpline you can call in complete confidence. Call 0300 123 1110 (weekdays 9am to 8pm, weekends 11am to 4pm).

Or you can use Alcoholics Anonymous (AA), a free self-help group with a 12-step programme.