The whole tempo changes when you reach the World of Ruin in Final Fantasy 6 Pixel Remaster, doesn't it? Square stopped at nothing to ensure that this half-dead husk of a post-apocalyptic planet gets its point across. Kefka did a raw number on this place and no mistake.

You can see it in the frightful NPCs scurrying through their towns. You can hear it in the music, somber and filled with dread. And you can practically feel it in the skies above – that burnt-orange pallet says it all, and to further drive the point across, there's the giant flying monster called Deathgaze who's positively thirsting for your party's flesh.

We can't revert the world to the way things were prior to shenanigans atop the Floating Continent. But we can kill Deathgaze, and there's a sweet reward for doing so.

How to Find Deathgaze in Final Fantasy 6 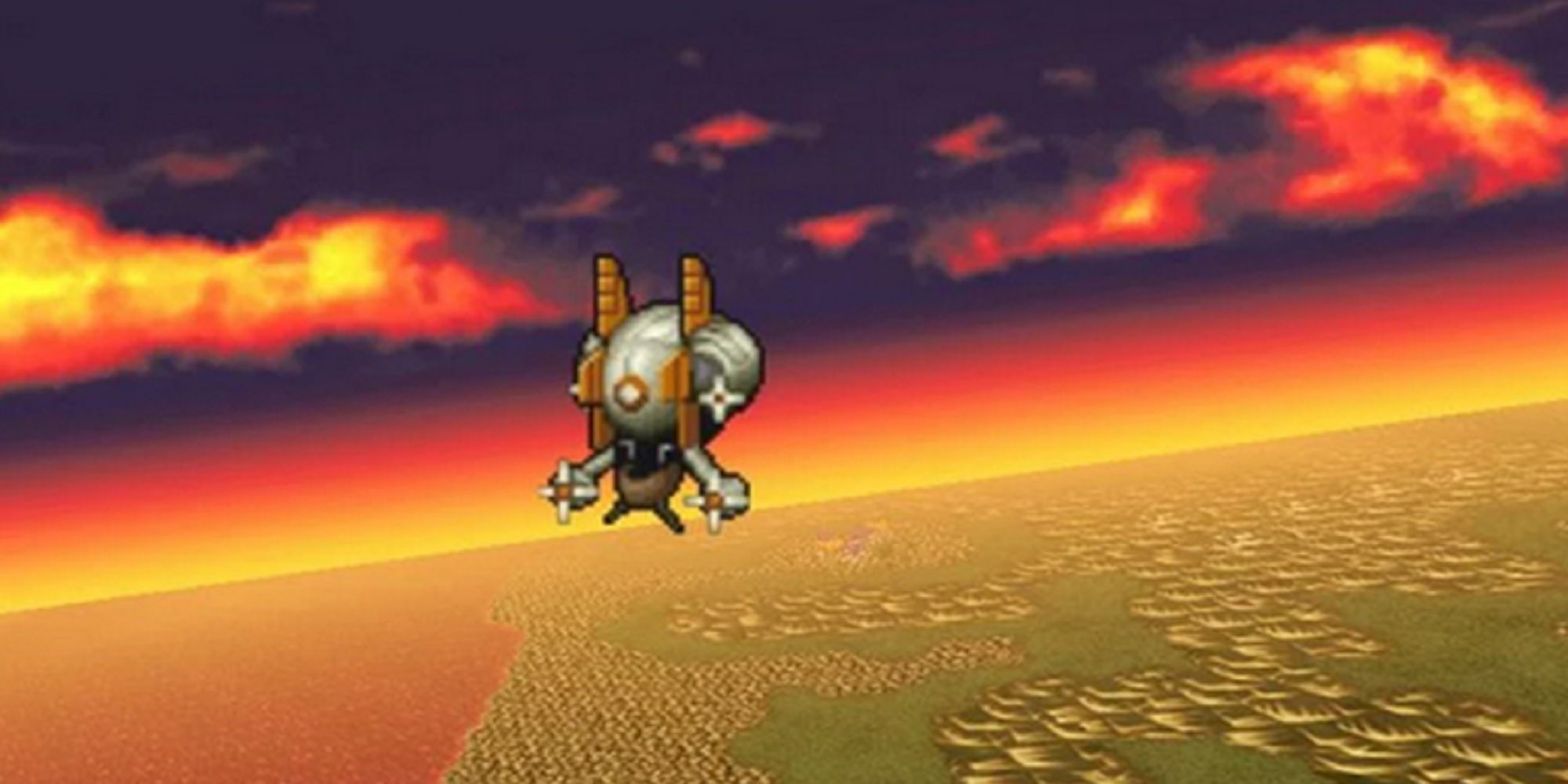 Ask folks the hardest part about fighting Deathgaze, and there's a real chance at least a few will tell you that finding it is half the battle.

Deathgaze can be fought as early as the instant you obtain the Falcon in the World of Ruin. At that time, you'll only have Celes, Edgar, Setzer, and (probably, but not necessarily) Sabin. Since your party's stats will likely be on the low side for such a climactic bout, we recommended avoiding doing so.

That's all well and good, but where do you even find the undead rascal? Well, it's more like it finds you. Sort of. From a certain point of view. Obi-Wanisms aside, here's the trick: Deathgaze spawns on a single aerial tile at a time. Wherever it happens to spawn, that's where it'll be until you, in return, happen to fly there.

So technically speaking, it could be right there waiting for you the instant you board the Falcon for the first time. It's highly unlikely, but it's mathematically feasible. In another set of circumstances, locating Deathgaze might drive you up the wall; you could soar over the World of Ruin for 15 solid minutes and begin to suspect your game is bugged, and it doesn't exist.

The trick to finding Deathgaze on your terms is to ensure that the Falcon is facing due north and then tilt the controls very slightly to the east or west before beginning your journey. Essentially, this plots your course such that you'll (very) slowly "wrap" around the planet, chip by tiring chip until you have well and truly covered the globe. Deathgaze will be on one of those dang tiles. 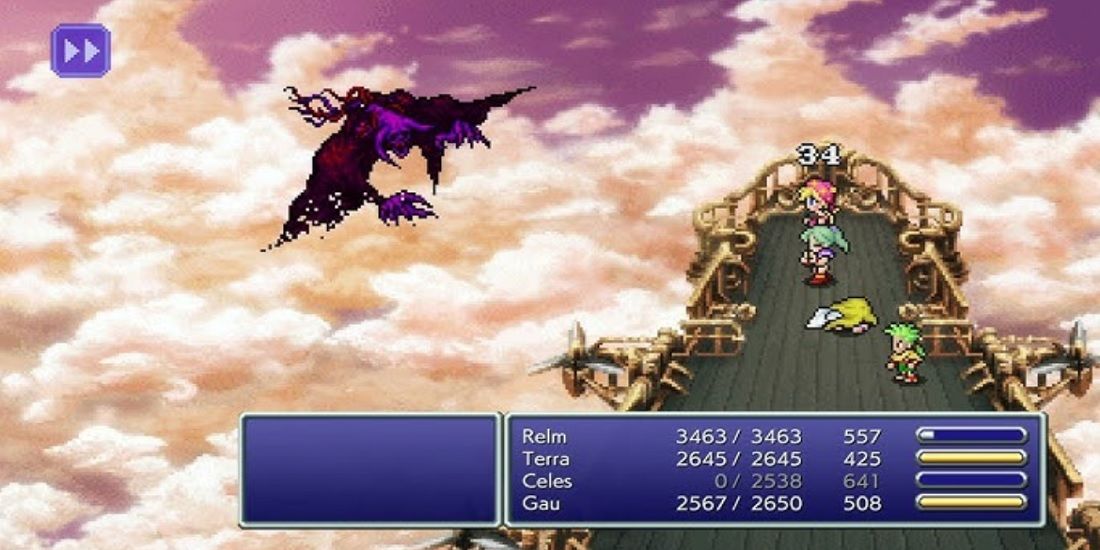 The first thing you'll want to note here is that Deathgaze flees multiple times, meaning you'll need to encounter the monster more than once before it's dead. That's a pain, but there's a silver lining: Deathgaze's HP never goes back up between bouts, so it sustains all its damage until it drops.

For reference, Deathgaze has exactly 55,555 HP at the start of your violent game of hide-and-seek. It has Auto-Shell active, which furthers its strong 170 Magic Defense stat to the point that it's nearly maxed – meaning only the mightiest of magicians among the Returners and their cohorts can hope to crack a real dent in the thing through spellcasting.

Deathgaze just loves to open every fight with Level 5 Death, which instantly kills any character whose level is a multiple of five. Clearly, the best way to mitigate damage from this attack is to not give it any openings.

We mentioned Deathgaze's sky-high (pun absolutely intended, we're prepared to be sued) Magic Defense, but you should still know that it's weak to Fire-elemental and Holy-elemental damage types. The Fire-elemental Firaga, then, as well as the titular Holy, are both fantastic spells to sling provided you've got an excellent mage on top.

Odds are solid that this means Terra or Relm, or perhaps Celes – Final Fantasy 6 doesn't exactly do much to differentiate itself from the "man swing sword, woman is witch" fantasy stereotype – but it's not a bad idea to level Sabin with a bunch of Magic boosts, given that his Blitz attacks run on that stat.

If the above doesn't apply to you, and you really just do not have a witch worth wielding, consider the weirder approach of tossing Flame Rods and Holy Rods at Deathgaze. Weapon-chucking gets the point across just fine, taking advantage of its weaknesses without the hassle. (Unless you consider the 3,000 Gil cost of Flame Rods and whopping 12,000 Gil tag on Holy Rods to be a hassle, which it absolutely can be.)

Of course, if your party's levels are high enough, anything in FF6 (and most games in the series, for that matter) boils down to relentless physical attacks. For Deathgaze, the old standby starts to kick in at around level 70-75 or so. From thereon out, and increasingly so with each additional level, the soaring terror of Ruin becomes more of a punchbag punchline than a genuine threat.

If you'd prefer this super-safe route, your best bet for fast level-ups is the Dinosaur Forest just north of the Veldt. The foes here, which you won't be surprised to learn are, in fact, dinosaurs, hit hard but offer the sort of experience points you just won't find anyplace else in Final Fantasy 6 Pixel Remaster. 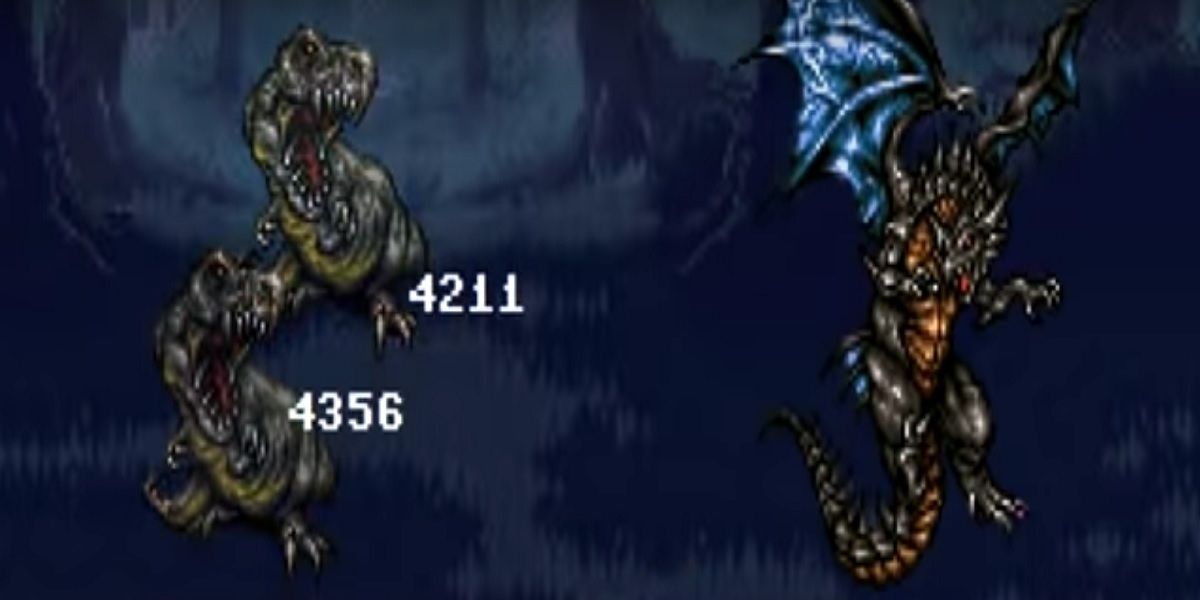 While it's a bit of a letdown that Final Fantasy 6 Pixel Remaster lacks the added content from the GBA and 2014-era mobile/PC versions, including some very tough battles, it's worth remembering that those ultimate fights against foes like Kaiser Dragon and Omega Weapon didn't actually result in any real rewards. Sure, Kaiser Dragon drops a little certificate in recognition for your victory, but it doesn't actually do anything. Omega Weapon offers not even that much courtesy for your time.

This is what makes fixing Deathgaze with the beatdown so much more satisfying. Offing the villain earns players the Bahamut Esper, one of the absolute best treasures in the game. Not only is Bahamut's attack fantastically powerful, but it teaches characters the Flare spell, which will make your hardcore mages all the harder and every bit more core as they come.

Bahamut even offers a spectacular 50 percent boost to HP gain when equipped, allowing even the lowest-HP fighters in your Falcon squad to catch up with the 9,999 hit-point big leagues.