It is essentially raid season once again in Pokemon Go, and yes, there is a lot happening in Pokemon Go this month. A new Battle League cup, new raid Pokemon, a special community day, and much more – yes, February is an exciting time, especially if you’re hunting shiny versions of legendary Pokemon. Yes, you know who you are, and we’re here to help.

Right now if you jump into Pokemon Go, and for at least a couple more days, you will find Raikou in five-star raids, and he’s a big and mean legendary dog that will take you down if you’re not careful. But by far the most exciting part of seeing this legendary creature in raids is the opportunity to catch a shiny Raikou, and brag to your friends until they literally disintegrate from jealousy. Or stop talking to you, whichever comes first.

In this guide we’re going to break down the best way to secure yourself a shiny Raikou – or any legendary for that matter – and which kinds of Pokemon you should be using in order to ensure that Raikou will fall quickly when you do battle in raids. Though make sure to get a bunch of your friends around to help, I wouldn’t attempt to take on a Raikou raid alone…

Finding And Catching A Shiny Raikou

Yes, shiny Raikou is in the game, and if you want one for yourself all you need to do is take on a bunch of raids – though your chances of getting a shiny Raikou are much better if you know what kind of odds you’re up against.

For raid Pokemon your chances of encountering a shiny legendary are about 1 in 20. Yeah, not exactly the highest, and it means you’ll have to use a lot of raid passes in order to guarantee your chances. Luckily the chances for three-hour raid events are boosted slightly, offering 1 in 10. Still far from any kind of assurance or guarantee.

But you should be patient and just keep trying. Remember that there is no way for you to guarantee a shiny Pokemon encounter, and the Pokemon you fight in a raid will always appear to be a non-shiny, and you’ll have to wait for the ball-throwing challenge at the end to see whether or not you’re actually up against a shiny creature. But ultimately, this will be an uphill battle, so good luck. 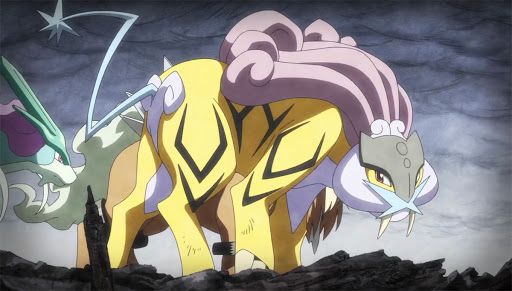 Raikou is a big Electric-type legendary Pokemon, which means he can absolutely devastate Flying and Water-type Pokemon, so just cross those off the list entirely. What you want in this situation is a team of Ground-type Pokemon that can tank Raikou’s heavy damage, and dole out big attacks themselves.

There are no ideal Mega Pokemon for the job, but you can look to legendaries like Groudon, or if you don’t have any high-CP legendary Pokemon, focus on beasts like Rhyperior, Golem, Donphan, Garchomp, and more. Fast Attacks such as Mud Slap or Mud Shot will do a decent amount of damage, and then Charged Attacks like Earthquake are best. Yes, we’re essentially looking to use Ground-type Pokemon with two Ground-type attacks.

As long as you have a team of Ground-types and do you best to dodge enemy charged attacks, then you will have a good chance of taking down Raikou – though you really should do so with a friend or four…

Next: All February Events And Raid Pokemon In Pokemon Go