Legendary Pokémon hunters will find grabbing Mew in Sword & Shield to be pretty easy so long as they first buy a Poké Ball Plus. Otherwise, it’s going to take a bit of work to either trade for one or transfer one from an older generation of Pokémon games via Pokémon Home.

Hold onto your Poké Balls, we’re going to go over each of these methods in this guide.

How To Get Mew From Poké Ball Plus 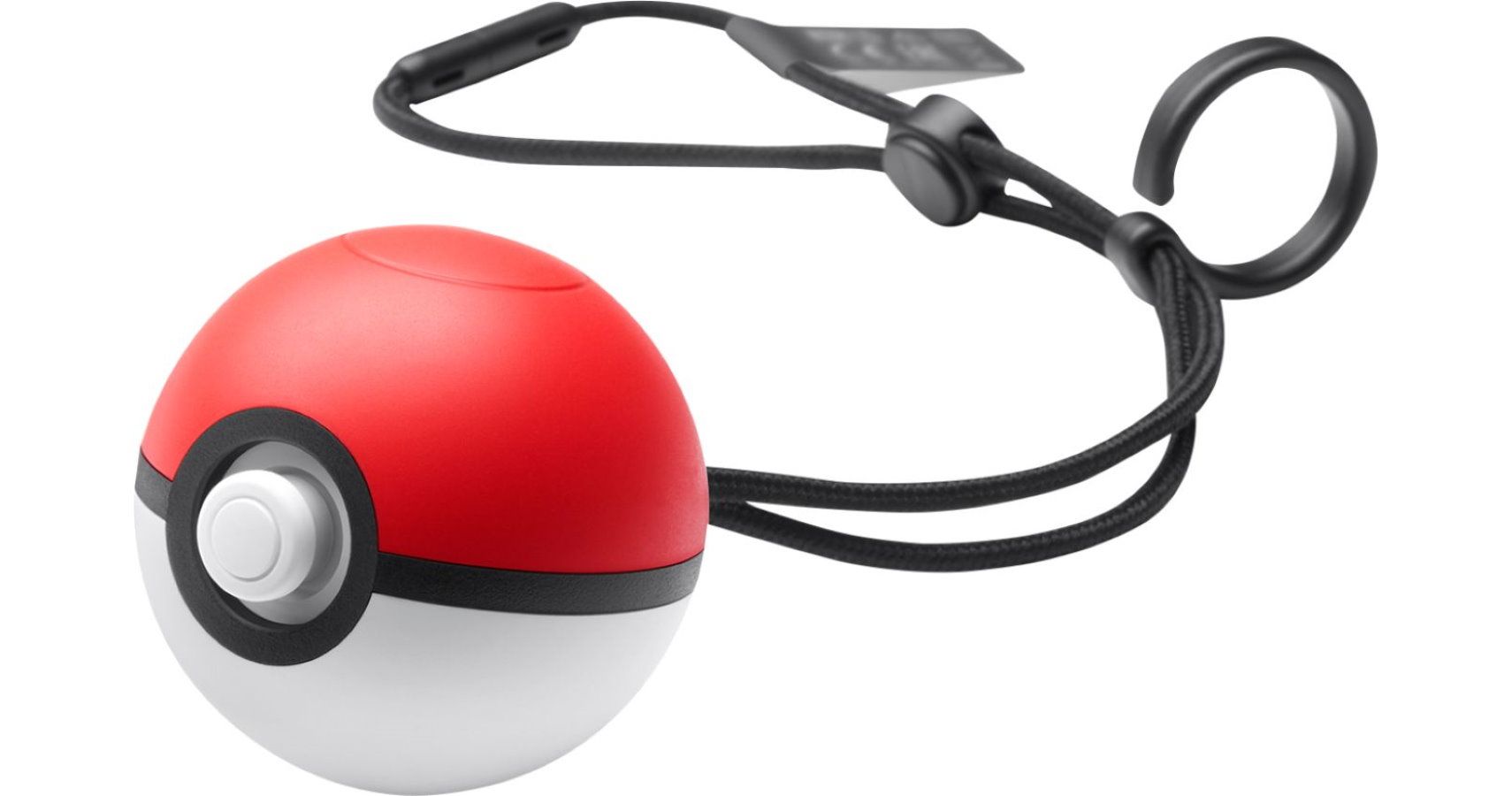 Within every newly purchased Poké Ball Plus is a Mew just waiting to get out. This used to be how you could get Mew into Pokémon Let’s Go!, but now you can transfer it to Sword & Shield too.

Step one is, obviously, to purchase a new Poké Ball Plus. You can get them online for around $50. We don’t recommend buying them used since someone could have taken the Mew out already without you knowing.

Step two is to turn on your Poké Ball Plus while playing Sword or Shield and then going to the Mystery Gift menu to select “Take a Stroll With Poké Ball Plus.” Then hit one of the Poké Ball’s buttons to connect to your Switch. Be patient as this might take a few seconds, but after that, your Mew should arrive.

Note that if you’ve already purchased a Poké Ball Plus and transferred the Mew to either Let’s Go! Pikachu or Eevee, you won’t be able to transfer it to Sword & Shield.

How To Transfer Mew From Older Games Using Pokémon Home 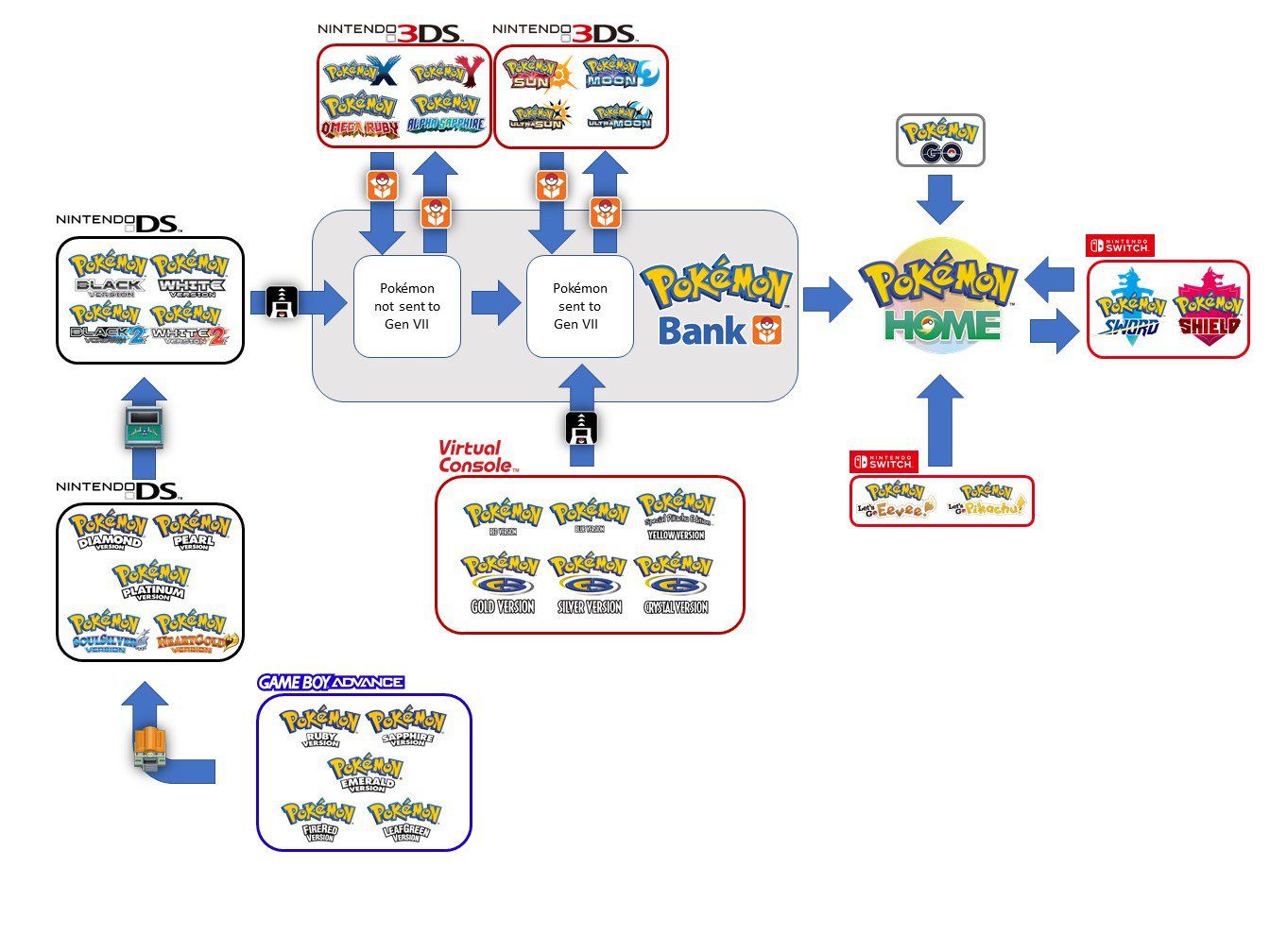 If you don’t want to purchase a Poké Ball Plus, you can still get Mew as long as you’ve got one in a Nintendo 3DS game. For this, you’ll need the Premium version of Pokémon Home as well as a stored Mew in the Pokémon Bank.

Before Pokémon Home came along, the Pokémon Bank was a similar service that let you store Pokémon online. It worked with the Nintendo 3DS generation of games including Sun & Moon, Ultra Sun & Ultra Moon, Omega Ruby & Alpha Sapphire, as well as 3DS Virtual Console versions of Gold, Silver, Red, Blue, and Yellow. So long as you caught a Mew in one of those games, you can transfer it to your Pokémon Bank account.

From there, you’ll need to log into Bank to start the transfer to Home. You’ll also need to confirm the transfer by logging into Bank from your 3DS and verify the key. You can read more about transferring Pokémon from Bank to Home here.

Once your Mew is in Home, you need to use the Nintendo Switch app to transfer it to Sword & Shield.

Trading For Mew On Pokémon Home 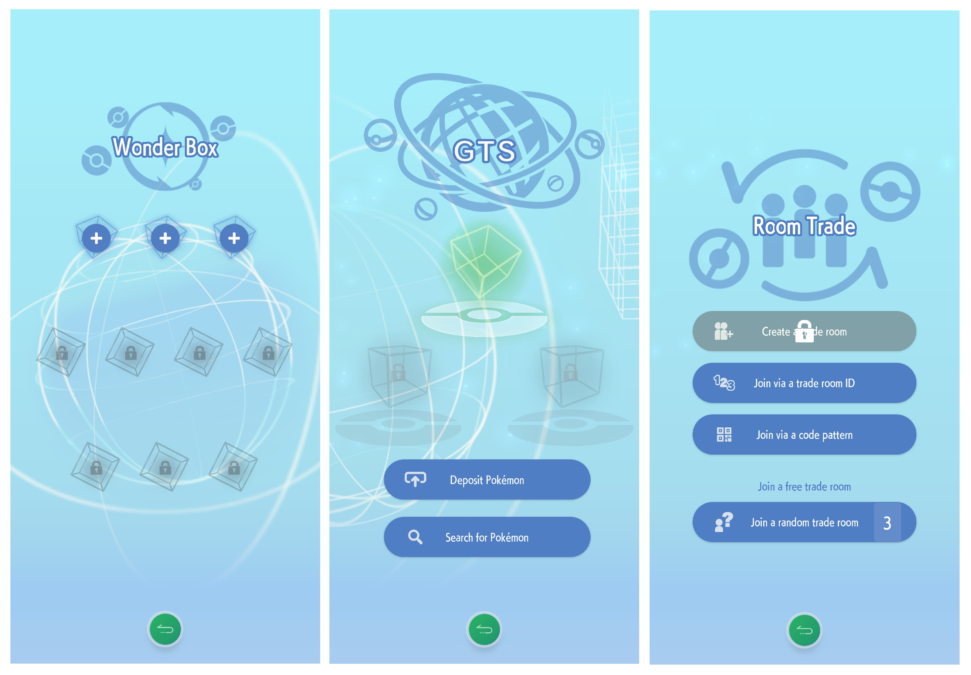 Because Mew is a Mythical Pokémon, you can’t ask for one on the GTS. Your only way to get a Mew via trade is either by heading into a Trade Room or by Wonder Trade, although the odds of getting a Mew via the latter method are astronomically low.

If you’ve got a friend with a spare Mew, head into a Trade Room to perform a private trade and then transfer to Sword & Shield. Otherwise, stick with the previous two methods of Mew acquisition. 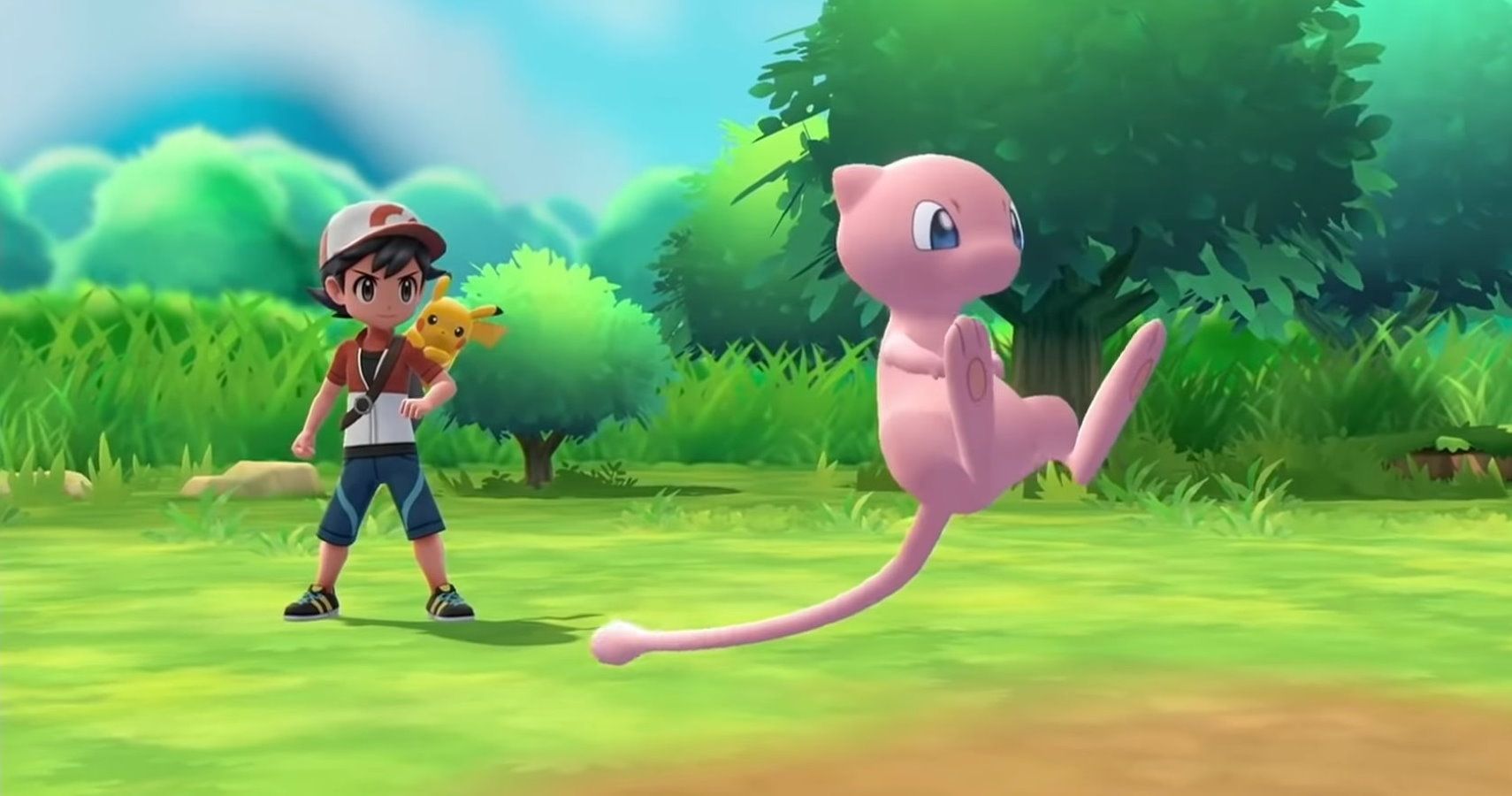 Unfortunately, Pokémon Home does not yet support transfers with Pokémon GO, but it is a planned feature. Once Pokémon GO has been integrated with Home, you should be able to transfer Mew from your Go account to a box in Home, and from there to Sword & Shield.

As the mythical source of all Pokémon DNA, Mew thought to be an alien seed that brought Pokémon to our world. Or it’s just a weird psychic gerbil. Either way, it can’t evolve, so don’t bother trying to figure out how.

What Mew Does In Battle 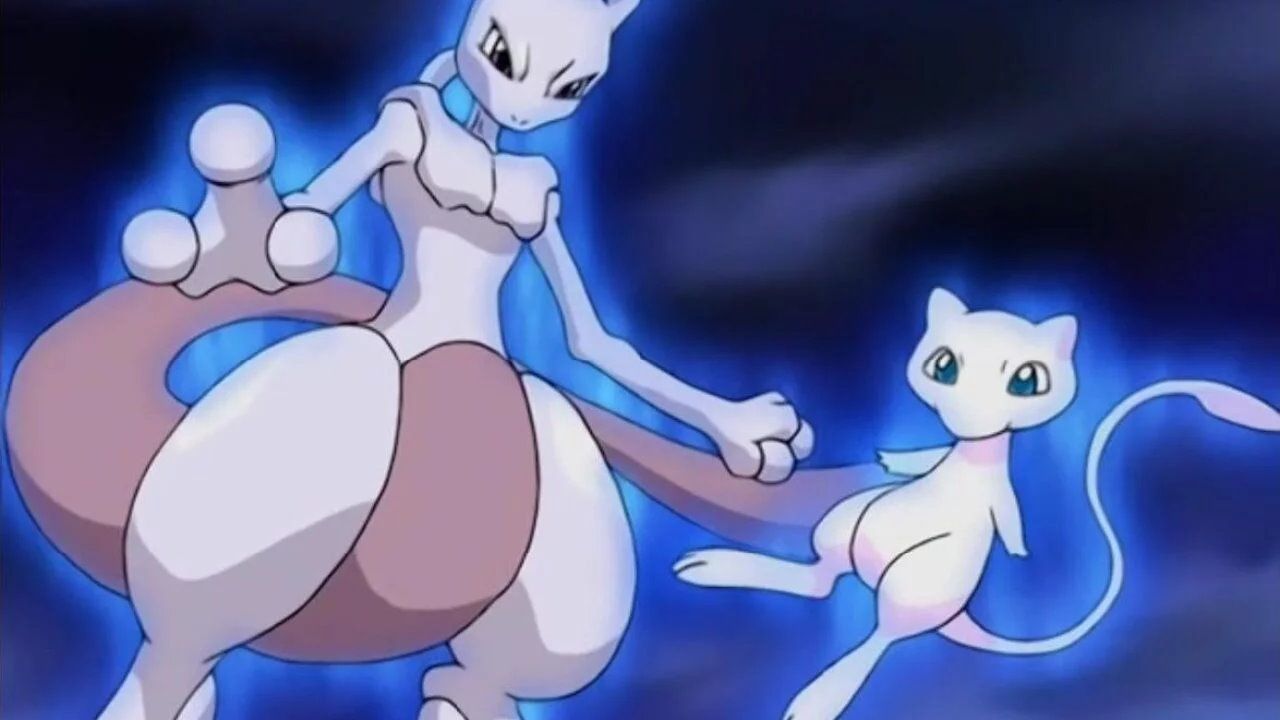 Although not quite as powerful as Mewtwo, Mew is still a dangerous Mythical ‘Mon. With 100-base stats across the board and access to every TR, TM, and Max Move in the game, Mew can be a threat to any team. You can really do anything you want with Mew from turning it into a Baton Pass thrower to a Special Attack sweeper to a Reflect and Charm staller.

However, Mew is a true “jack of all trades, master of none” Pokémon. There are better Pokémon for any specific role, and the only thing Mew has going for it is its versatility. That and it’s pretty cute.