I made a mistake this morning. Having recently watched Bungie’s latest ViDoc on the upcoming Lightfall expansion, and then having had a friend explain to me all the cool stuff that is being added, I turned on my PlayStation, found Destiny 2 in the PS5’s terrible library catalogue, and just stared at it.

I should probably clarify – I have played roughly 2,300 hours of Destiny. Over 2,000 hours of which were in the first game. I love Destiny, but for most of the time I played that was while it was in states that fans now look back on as the dark times. I played countless hours during content droughts and before Bungie had even begun to figure out what it meant to create a fun FPS that was also a MMO. I played back when there was usually only one or two viable builds for each activity and if you didn’t have a Gjallarhorn, you weren’t being invited to raid at all.

Around the end of 2017, shortly after the release of Destiny 2, I fell off. I just couldn't do it anymore. I couldn’t chase the handful of new guns. I wasn’t enjoying the content. The roadmap felt barren. Yes, I was making the numbers go up still, but it felt like it was for nothing.

Like many other players, I got back on the Destiny train for Forsaken, right before the release of Shadowkeep. I played through the story and the first few weeks of seasonal content for that expansion, and I loved this content, the story and what Bungie were starting to do, but I just didn’t have it in me anymore. I was struggling in college; life was getting on top of me and the last thing I needed was for gaming to feel like a job. 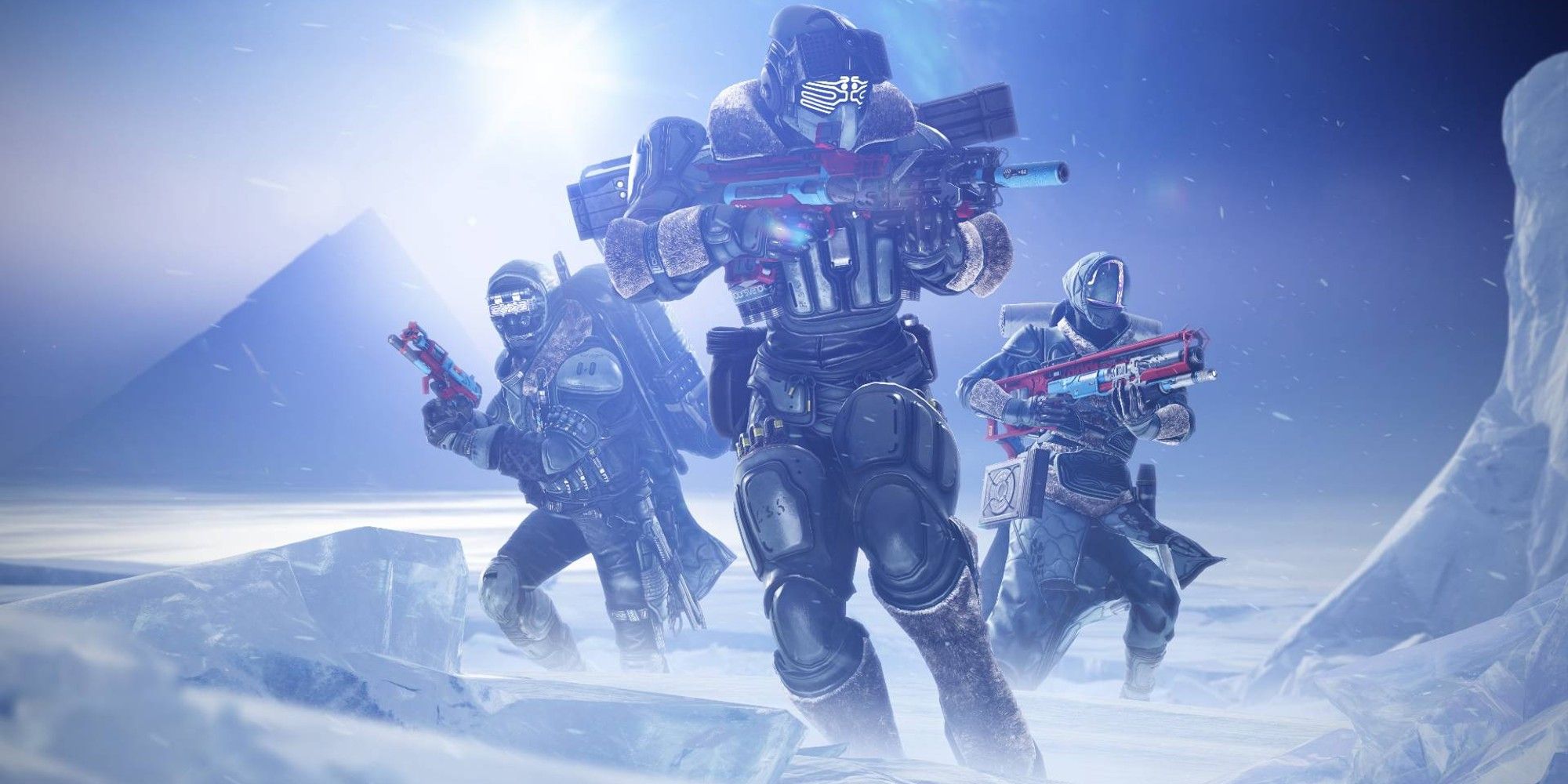 I bought Beyond Light. That’s about as far as I got. This is where the real cycle of pain began. I listened to friends telling me how great the game was now and how amazing the new content looked and got excited about, I redownloaded the game played the first new mission, looked at the menu and three tabs different types of quests and missions seemed to be divided between, poked around at feats and titles (a concept I thoroughly didn’t understand), and closed the game. I did this several more times throughout 2020 and 2021. I would hear about a seasonal event, see my Twitter mutuals show off some of the latest raid mechanics or stunning challenge dungeon environments, get excited about getting back into it and then get hit with that damn menu.

I know Bungie has done a great job streamlining Destiny 2 for new players to get into the game. I also know that there are now countless more quality of life features to make playing with your friends and getting rewarded easier than ever. But despite all this, every time I load up that game again I feel overwhelmed. Some friends have told me it doesn’t matter what quest or mission or activity I do when I get back in, it will all help me improve my Guardian. That might seem like good news, and it must be great for new players, but as someone that spent thousands of hours in the game when there was only one way to play, a handful of meta loadouts worth running, one way worth spending your time – I just constantly feel like I am doing the wrong thing.

I could do anything and have fun when I load up Destiny 2. But I have been trained into a toxic headspace with that game where I shouldn’t be doing the most fun thing, I should be doing the most productive thing.

Going back to Destiny 2 feels like going back to a time in my life where I was so anxious about everything, I couldn’t do anything ‘just for fun’, there always had to be a purpose and goal – in the game and in my life. I am so glad Bungie itself and the wider Destiny community has escaped this toxic headspace and this destructive way to view your hobbies.

It took years but when I look in from the outside now, Destiny isn’t a game about having the best of every gun, all the titles, all the exotics, a flawless Trials card every week or beating each new piece of content the day it releases and being done with it. It is a game about having fun, being with friends, and – most of all – self-improvement. 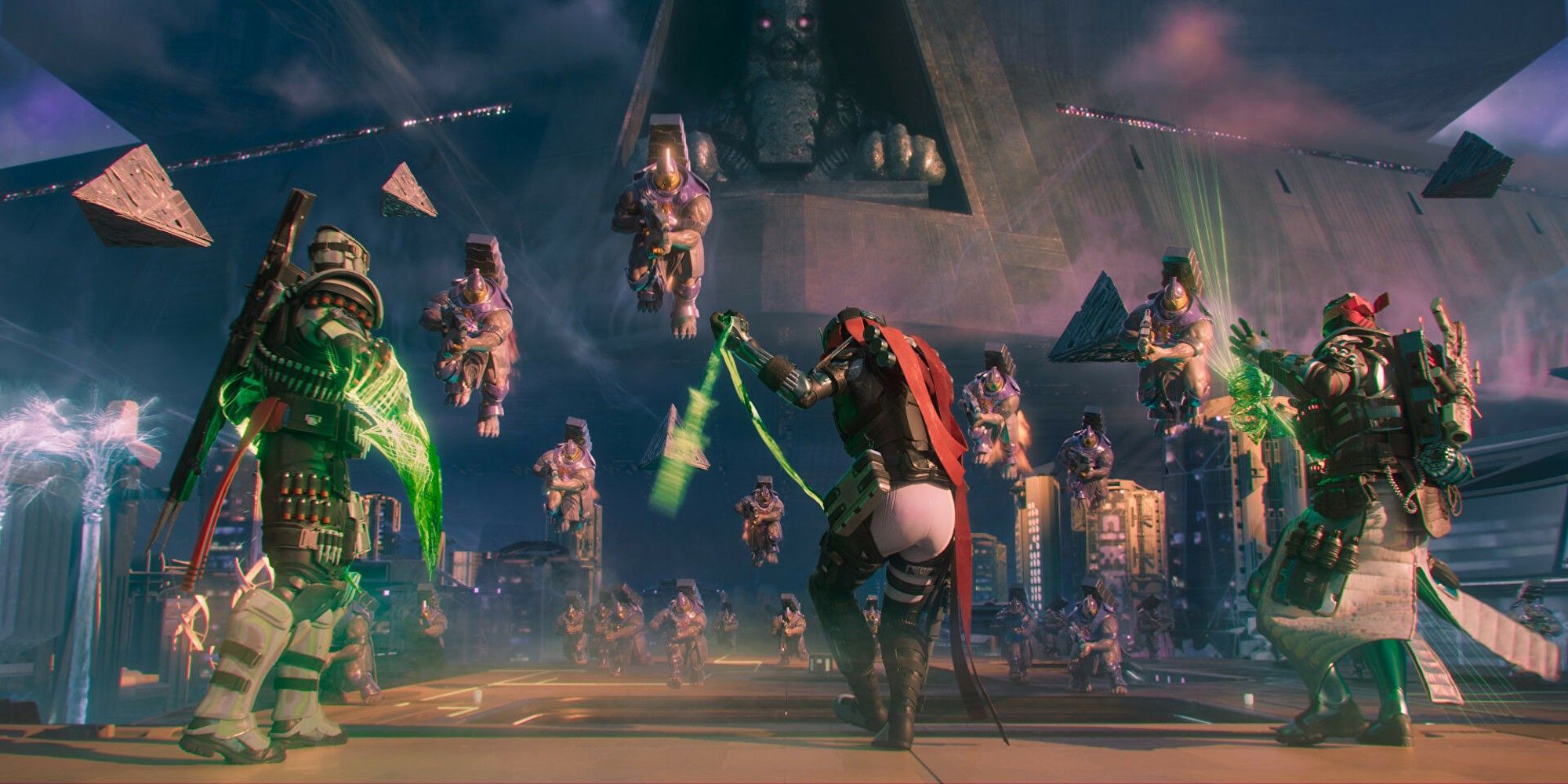 Before writing this, I asked some friends about what it is like playing the game now and several of them said that when they play Destiny 2, they have a few loose goals in mind. They will complete a quest-chain, finish a raid, get the right piece of armour to round out a build, but at the end of the day they can do whatever they feel like in the moment and it will help. They can have fun. When I load up Destiny and I look at that menu all I can think is “what is the optimal thing to do and what is the quickest way to do it”.

I applaud Bungie for not just breaking out of this game design mentality of constantly pitting players in a race for the best stuff, but for being able to wean its community out of that head space too. Yes, there are still people who will race for world's first when a new raid drops but for the vast majority of Destiny players I see, they are happy to just work away at their own pace slowly making their character and themselves better. Good for them.