Humanity's first contact with an alien species has been igniting the imaginations of science fiction writers for decades. In 2001: A Space Odyssey, benevolent extraterrestrials take Dave Bowman beyond the infinite and help him ascend to a higher state of being. In Arrival, linguist Louise Banks uses symbols to decipher an alien language. In Star Trek: First Contact we witness Earth's first fateful encounter with another species, the Vulcans, which becomes a defining moment in human history. In Close Encounters of the Third Kind, music is used to communicate with an alien mothership. All incredible, spine-tingling moments that treat these epochal, once-in-a-lifetime meetings with the gravity they deserve.

In Mass Effect: Andromeda, the Hyperion—a mile-long ark ship carrying 20,000 cryogenically frozen humans—arrives in the Andromeda galaxy looking for a new home. But the idyllic Earth-like planet humanity had earmarked for colonisation isn't quite what was promised. They find a world ravaged by violent electrical storms, destructive gravitational anomalies, and a hostile alien race known as the Kett. This cruel, militaristic species isn't native to this planet, but they're the first sentient, intelligent race you meet in Andromeda. However, there's no goosebump-inducing moment of sci-fi grandeur to this particular example of first contact. Instead, you crouch behind some carefully placed cover and shoot them. 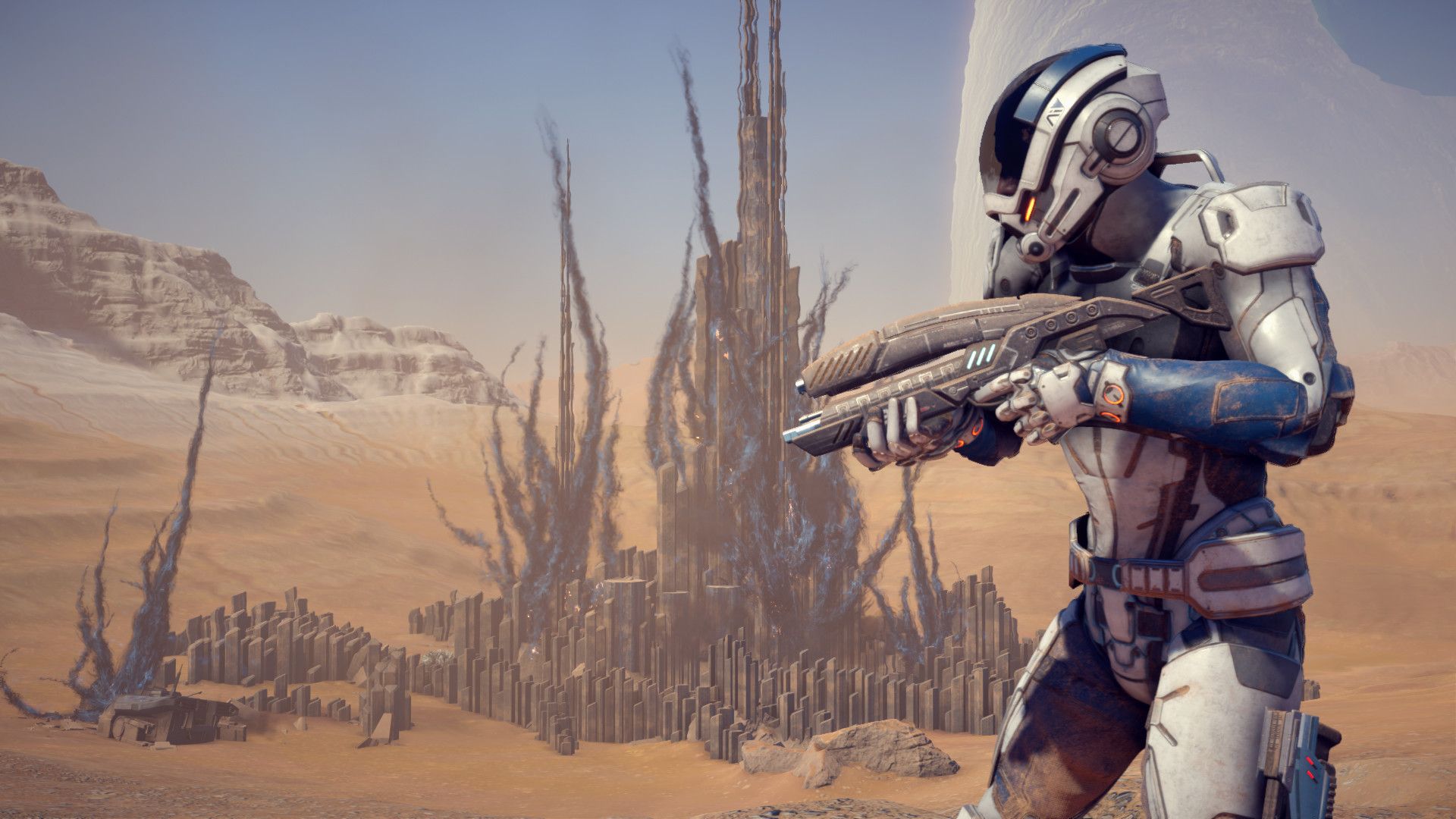 Hardly the stuff of an Arthur C. Clarke novel, is it? I remember seeing Mass Effect: Andromeda at a preview event, a few months before the game launched, and this was the moment they chose to represent the game. I remember being disappointed that this was what was waiting for me at the end of a 600-year voyage to an unexplored galaxy: shooting monsters with a space pistol on a vaguely Earth-like planet. It's one of the biggest wasted opportunities in video game history, and I'm still disappointed 5 years later. BioWare could have done anything in this exciting, uncharted new galaxy. Literally anything. but all we got was the first of hundreds of boring cover-based shootouts with one-dimensional villains.

It's frustrating, because BioWare is great at science fiction when it wants to be. Granted, most of its ideas are derivative of countless classic sci-fi movies and books. But it presents them in a fresh, exciting, and visually exciting way. The Citadel and its secret history. The existential threat of the Reapers. The origins of the mass relays. The mysterious disappearance of the Protheans. Compelling, fascinating stuff. But something was lost in Andromeda. I just didn't care. This new galaxy simply wasn't as interesting—and wasn't alien enough. The planets and new species were uninspired and unimaginative, and I never once got the feeling that I'd been dramatically hurled 2.5 million lightyears away from Earth. 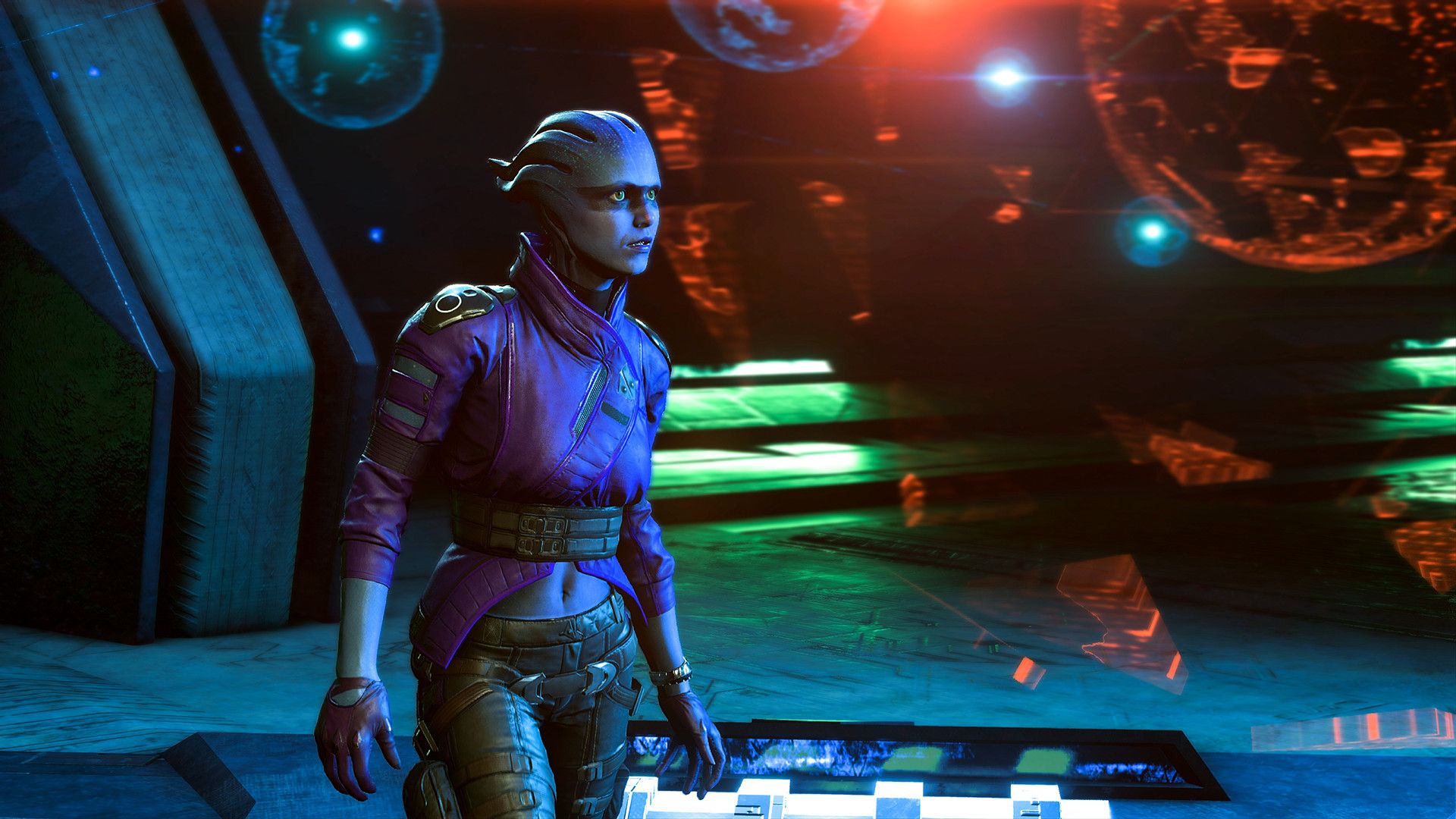 Andromeda has a lot of problems, but the fact that it's fundamentally bad sci-fi is what really let me down. I would have happily endured the boring quests, clunky combat, bland characters, and lifeless environments if there was a really strong science fiction story underpinning everything. The idea of humanity escaping to another galaxy is such a great premise as well. How could they screw that up? It's wild that your first moment of interaction in this new place is violently killing some aliens you don't know anything about. Even as self defence, this reflects a stunning lack of ambition on BioWare's part. It left a sour taste in my mouth that has never really gone away. Hopefully the next game makes up for it.