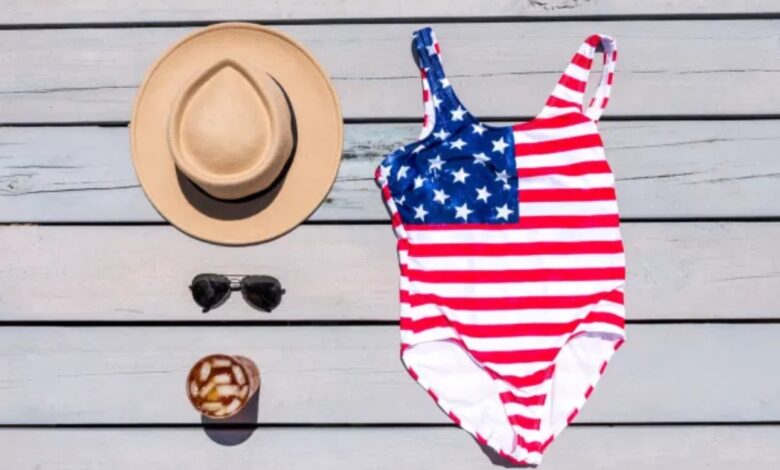 Being proud of your heritage and sporting the colors of your country has always been associated with patriotism. There is hardly anything wrong with that and there has never been, except in extreme scenarios when it grew into nationalism and belittling of other nations while praising your own. Politics and similar topics aside, it is normal for citizens of any nation to show love and support to their country and flag by displaying the colors, symbols, and coat of arms. From actual flags on their property to motives on things like car paintjobs and clothing, wearing the flag is a big deal in the modern world.

It has been for centuries as the earliest types of fashion always dealt with the teams of tradition and history, and perhaps nothing is more important to an average citizen of the world than who they are, who their people is, and where they come from. Fast forward to the 21st century, and it seems that more and more items of clothing are displaying national flags and colors.

When it comes to the American flag, however, it is not only reserved for the citizens of the United States of America. Their country is one of the most famous in the world, both for its influence and meddling in other nation’s affairs and as a tourist destination. Some of the most famous artists and celebrities come from the USA, so naturally people from all over love the country for it. It should definitely not be a surprise therefore that their flag does not only show up on their own citizens’ clothing but on those of numerous other nations too. But can it get too far and too distasteful, or even illegal? 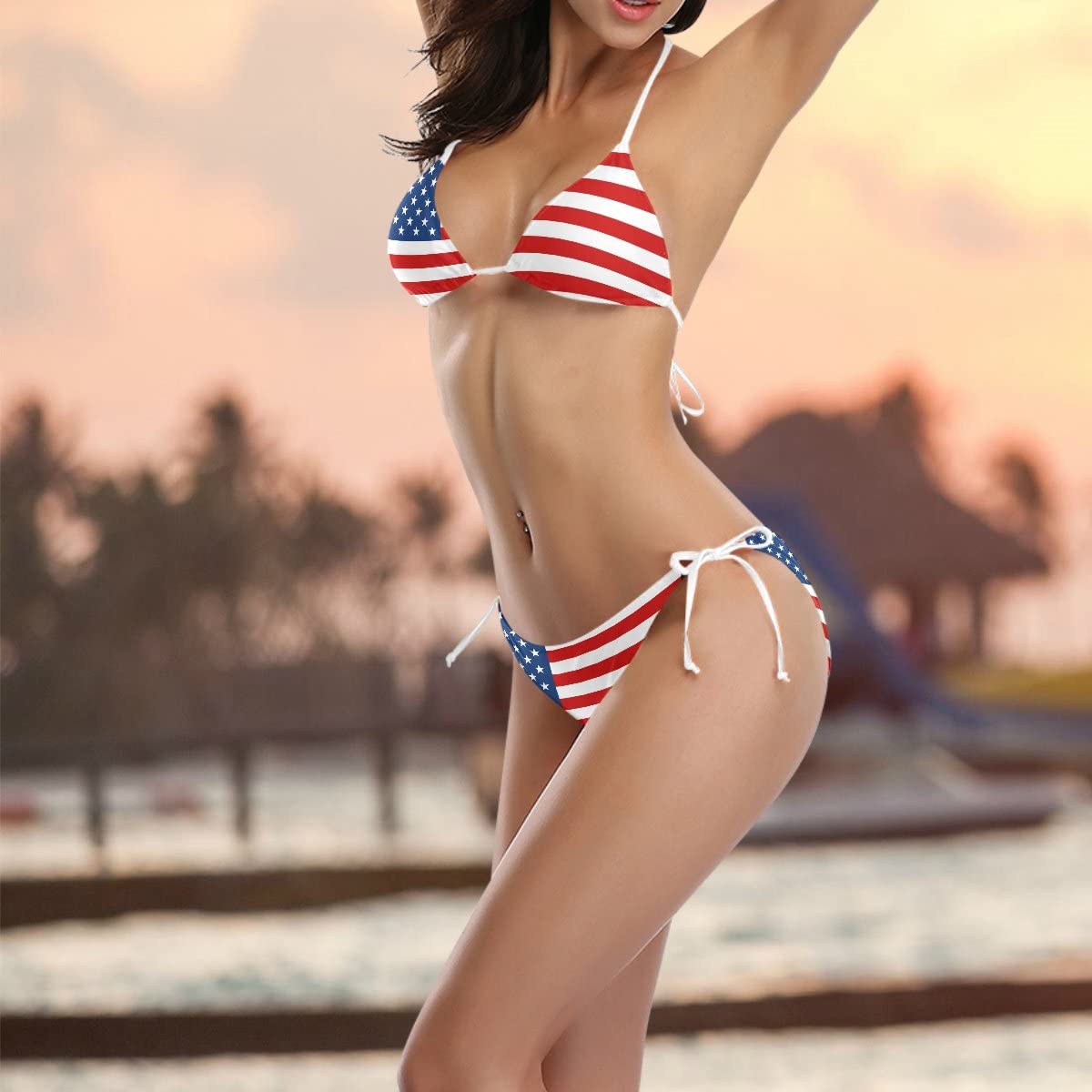 Legality of the American Flag Apparel

Since it is so important and crucial to one of the most powerful and important countries on the globe, many people believe that it is not legal to use the flag on specific types of clothes. They regularly ask the question whether or not it is illegal to wear clothing or even display the flag freely on anything that is not an actual flag.

The answer to this troubling question is rather simple. It is perfectly legal to do so and even preferable for the citizens of America. Although something called the Flag Code exist and it comes with a certain etiquette, it is hardly legally binding. This means that you can wear anything that sports the famous red, white, and blue stars and stripes.

According to the official statements of the governing bodies in charge for such matters, unless the item of clothing was made form an actual flag, there is absolutely no breach of flag etiquette laws. Expressing patriotism, love, and support for their country by wearing such clothes is normal and perfectly legal. If you wish to wear clothes that display the American flag, we suggest that you check out southernsistersdesigns.com and browse through their great collection. From regular street clothes and jewelry to accessories and beach ware, they have it all. Since the flag is so popular, it is also a common fashion statement nowadays. It is so common and adored that many started wearing red, white, and blue colors without the actual flag present on the item. The sheer style potential and fashion trends that these three colors allow is limitless. You have probably had a few outfits with these three colors yourself without ever wanting to look like the flag or show your appreciation for America. Red, white, and blue go great together, no matter what item of clothing is what color.

This is most obvious during holidays and celebrations like Independence Day, Memorial Day, Labor Day, or Martin Lither King Jr. Day. Everyone is opting to wear the three colors with an occasional navy or black thrown into the mix. It is simply a matter of culture and tradition. Then of course, considering that people know about these holidays far and wide, the fashion breaches the borders and enters other countries. Such norms and customs have caused the wider adoption of this color pattern and a whole new style was born that indirectly and unintentionally resembles the USA flag.

In one online study carried out on Twitter, over 47% percent of people who participated said that it does not matter to them if somebody wears the flag on their clothes and that they are fine with it. Almost 35% said that it is very patriotic and great to see. Only 18% found it disrespectful. 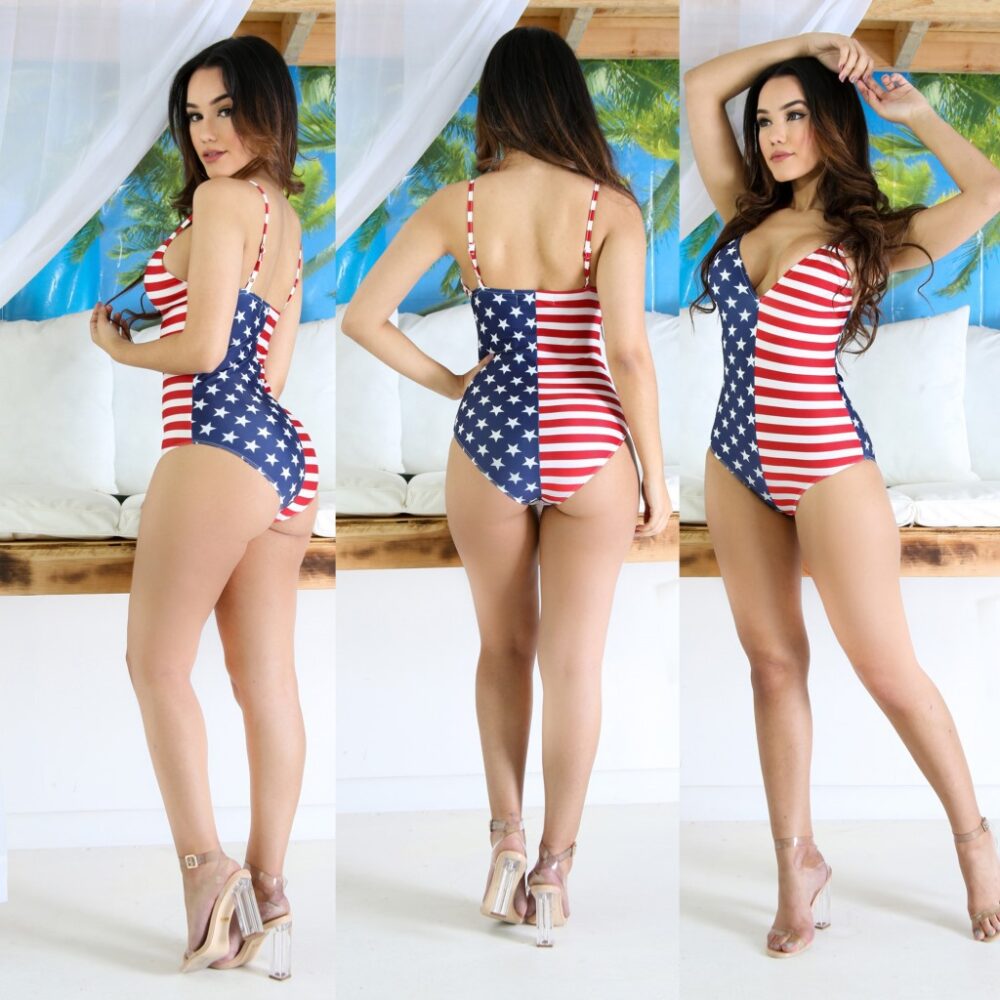 Out of all the clothes that sport flags, it is the bathing suits, especially the skimpier ones, that take the most heat. They are infamous in general because they reveal so much and people associate them with tasteless fashion sense and vulgarity. However, this is still clothes and it is understandable that many like to wear less during hot summer days on the beach when you really do not want thick and obvious tan lines.

Swimwear that displays American colors or the full flag is among the most favorite models. Since the flag is so unique, one side can sport the stars and the other can show the stripes. This offers so many combinations both for the men’s and women’s bathing suits. For example, one side of the women’s top can have a star and a blue background, while the other can have a few stripes and red background. The front of the panties can show stripes, and the back can be starry. It is virtually impossible to run out of ideas especially considering how many new designs of bathing suits and bikinis there are now.

After all, how is it any different that athletes wearing their costumes that how the American flag? Gymnasts and swimmers often wear apparel that outside of the sports world could be deemed disrespectful if it had the flag, but at the Olympic Games it is not only good but actually encouraging and patriotic. Since everyone shares the love for their country just like the athletes competing for it and bringing glory to it, there should be no problem wearing clothes with the flag and colors on it.