The helpful builder on the frontlines, the Engineer Class in Isonzo is incredibly useful and a worthwhile role to fill if you’re looking to help your team cruise to victory. They’re able to create all sorts of useful defenses and without them, it can be a lot harder to stop the enemy team from making progress or capturing vital points.

Unlike other jobs in the team that are more simpler and newbie friendly like the Rifleman, the Engineer has a few more moving parts. If you’re new to the game or this type of role in general it can be a little overwhelming with how many things you can use on the frontlines. To help ease you into the position of a battlefield Bob The Builder, here’s a handy guide to the Engineer Class in Isonzo. 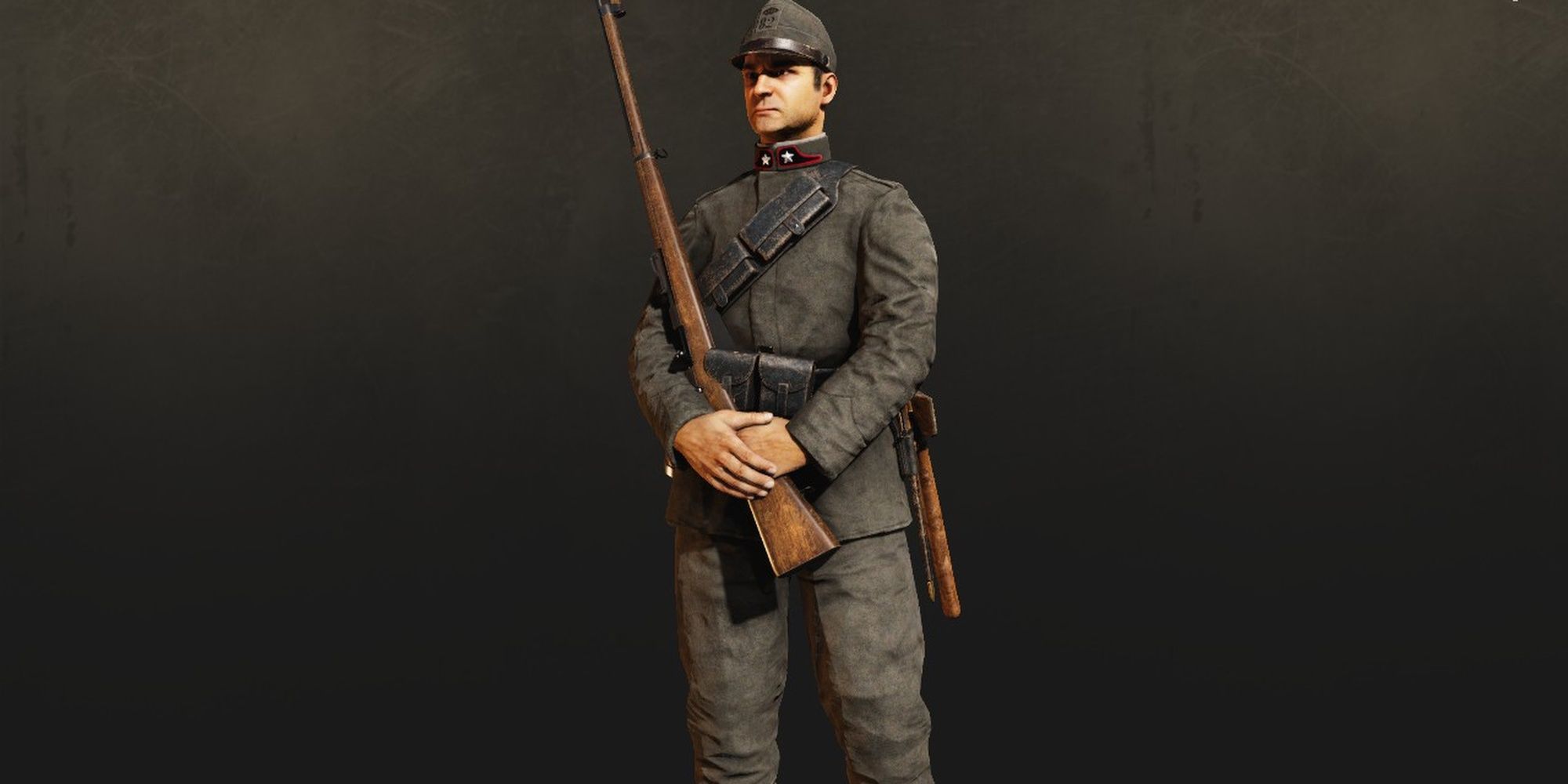 Whilst the Engineer does have a rifle, they play quite differently from the other soldiers running around on the same team. They can build all sorts of barricades, barriers, and shields for their team to hide behind. In the right spot, they can turn trench lines that were once easy to overrun into impassible fortresses.

They can deploy sandbags, sniper shields, and more importantly, barbed wire. It costs nothing and though you may be limited to the amount you can place down, these constructs stay in place after you die and are incredibly difficult to remove. So they’re best used hanging around friendly Capture Points where they can reinforce them. Or if you prefer the violence, stick just behind the frontlines where you can build sandbags for marksmen to take pot shots from relative safety. 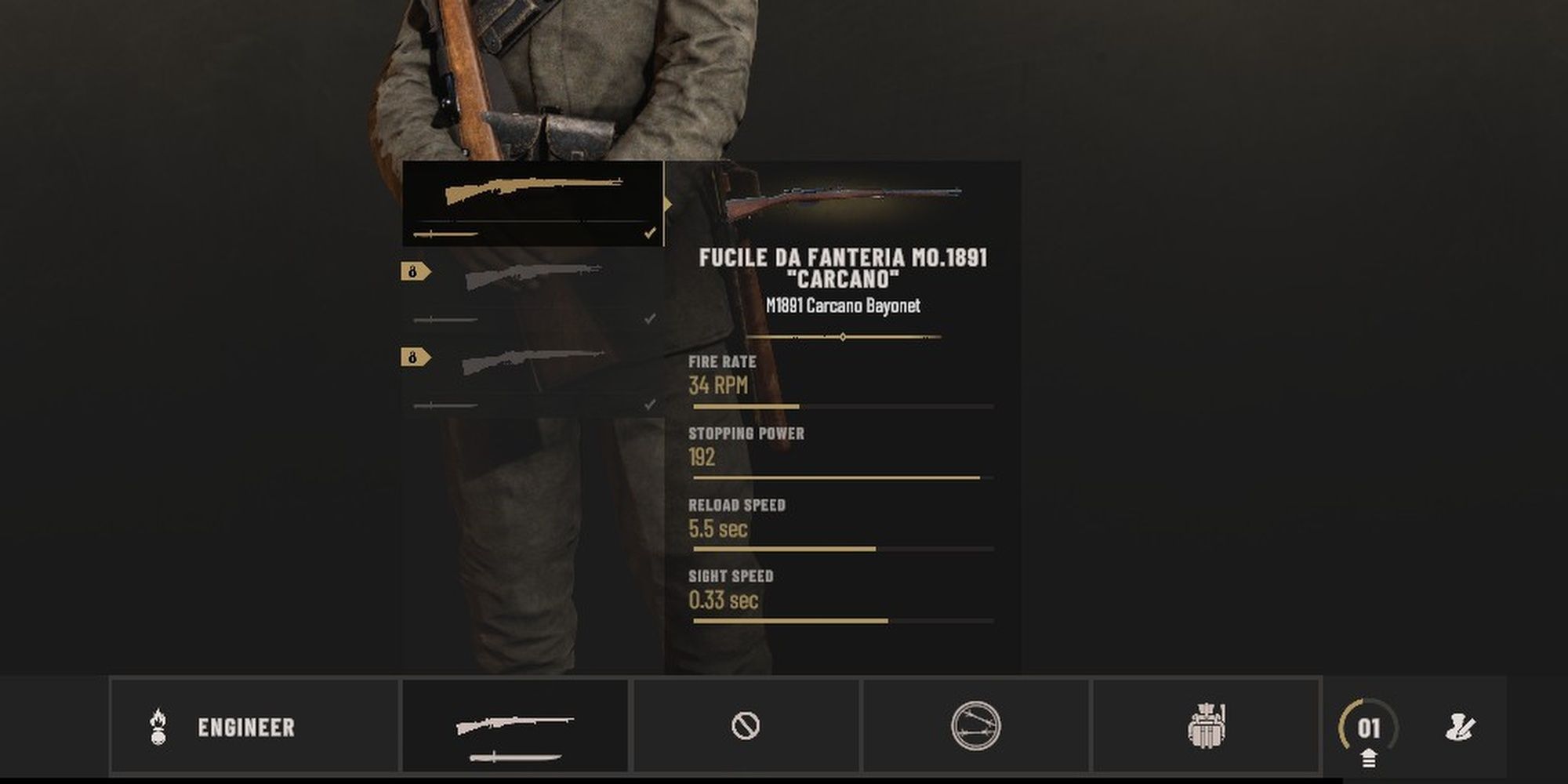 Your toybox as an Engineer is pretty large and there are lots of great toys to bring out on the battlefield to help your team or hinder the enemy. To keep yourself safe you have a short rifle, which has some great range and a relatively quick firing time. Of course, you can also unlock other weapons as you level up, so your options for firearms are pretty varied.

Next is their construction tool, the trusty hammer. This humble-looking tool can build all sorts of barricades to block or hide behind and you should always be building something if you have the chance as it’ll help someone at some point. To build something, equip the hammer, cycle through what you want, place the blueprint and then start constructing it. Although, remember to keep behind cover as you’re vulnerable to being shot as you’re smacking away. Finally, they have access to some nice Sapper and Construction buffs that can be unlocked to make you a more effective Engineer. 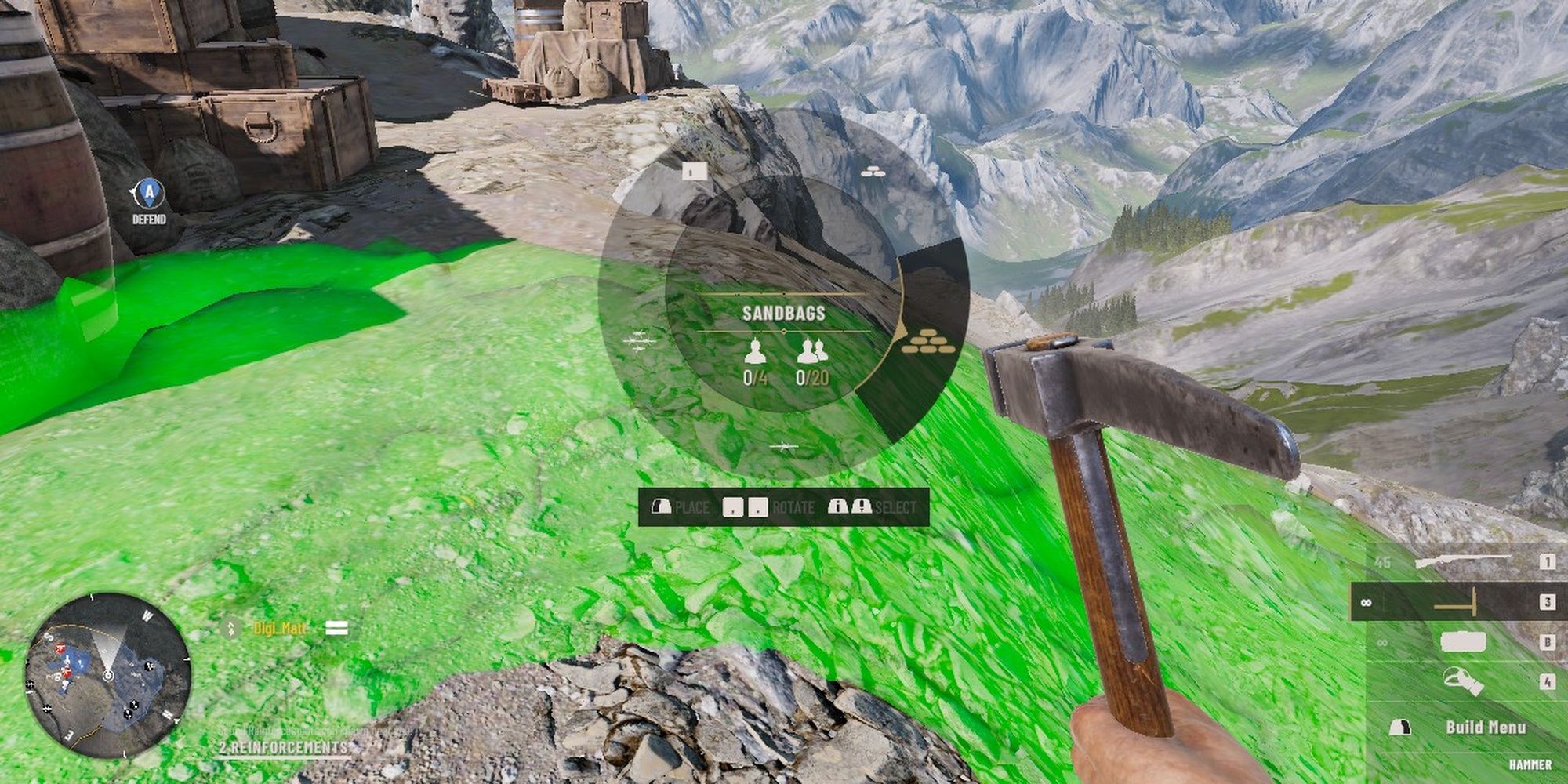 The Engineer isn’t too difficult to get into, their main role is to help out the team as a whole as the general support class on the battlefield. Their main gimmick is that they're the only class that can build defenses to keep everyone safe. Which is managed by dropping barbed wire and other blockades to delay potential enemy charges or create choke points at key locations.

They’re not as complicated as they seem from the outset despite all their various menus that you can peruse through whilst under hails of gunfire. But it can help to know a few tricks about them as you’re out running around. To make this class more useful to your team and how best to use them, here are a few handy tips for the Engineer in Isonzo.

Stay Behind The Frontlines 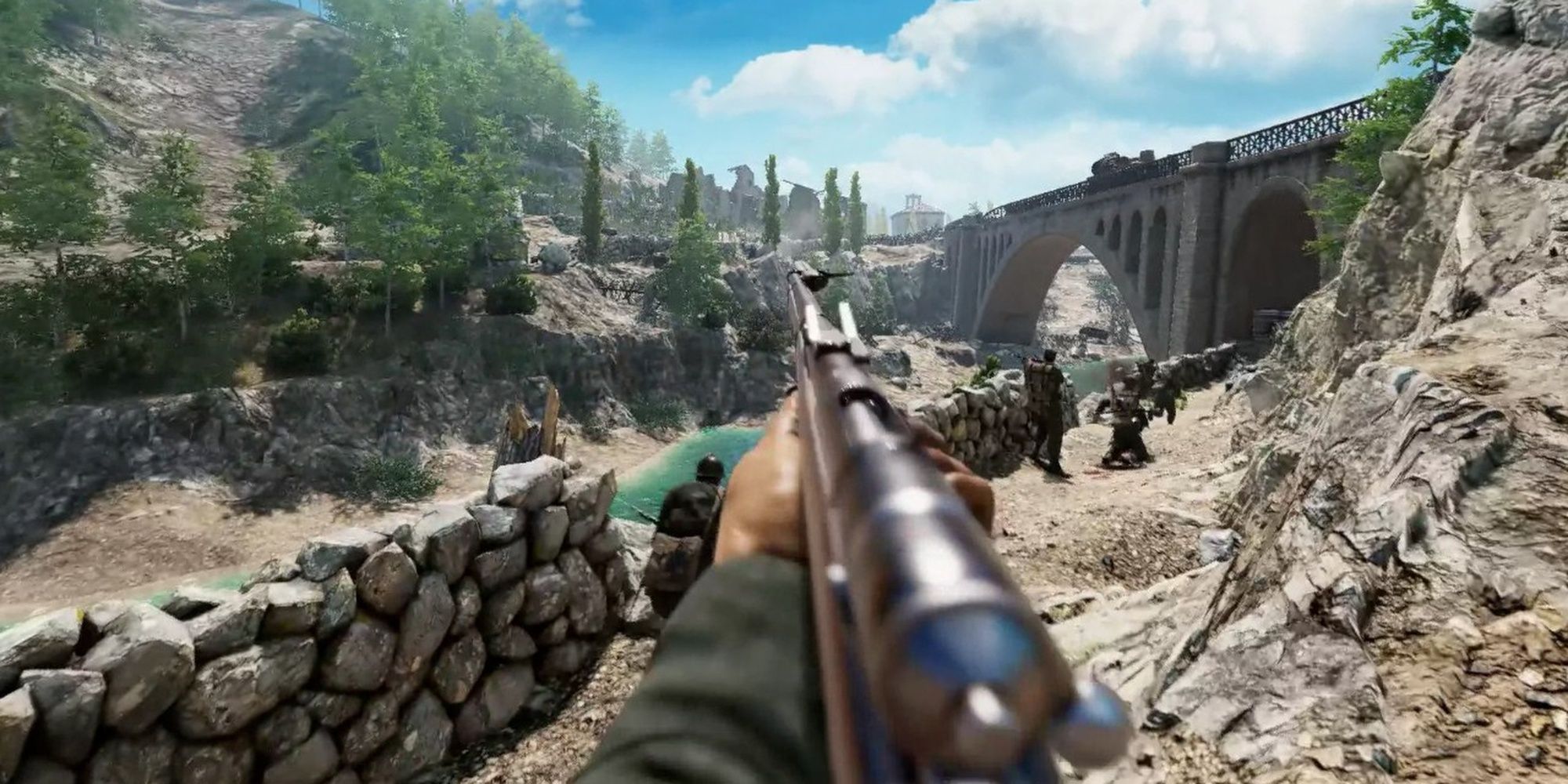 The Engineer is very a class that’s very squishy on their own. They can’t hold their own in a firefight very well and perform much better when they’ve got a big group of soldiers backing them up and providing cover whilst they build. Otherwise, they're just Sniper bait if they're out wandering around on their own.

Whilst they do have a rifle, the number of rounds you have in reserve is limited so you’re better off building barricades and making sure your new pals have plenty of cover to fire from. Engineers are best placed either just behind the big push where there's plenty of support from friends or at a recently taken Capture Point. From there they can start turning it into a fortress for allied players to spawn safely from. 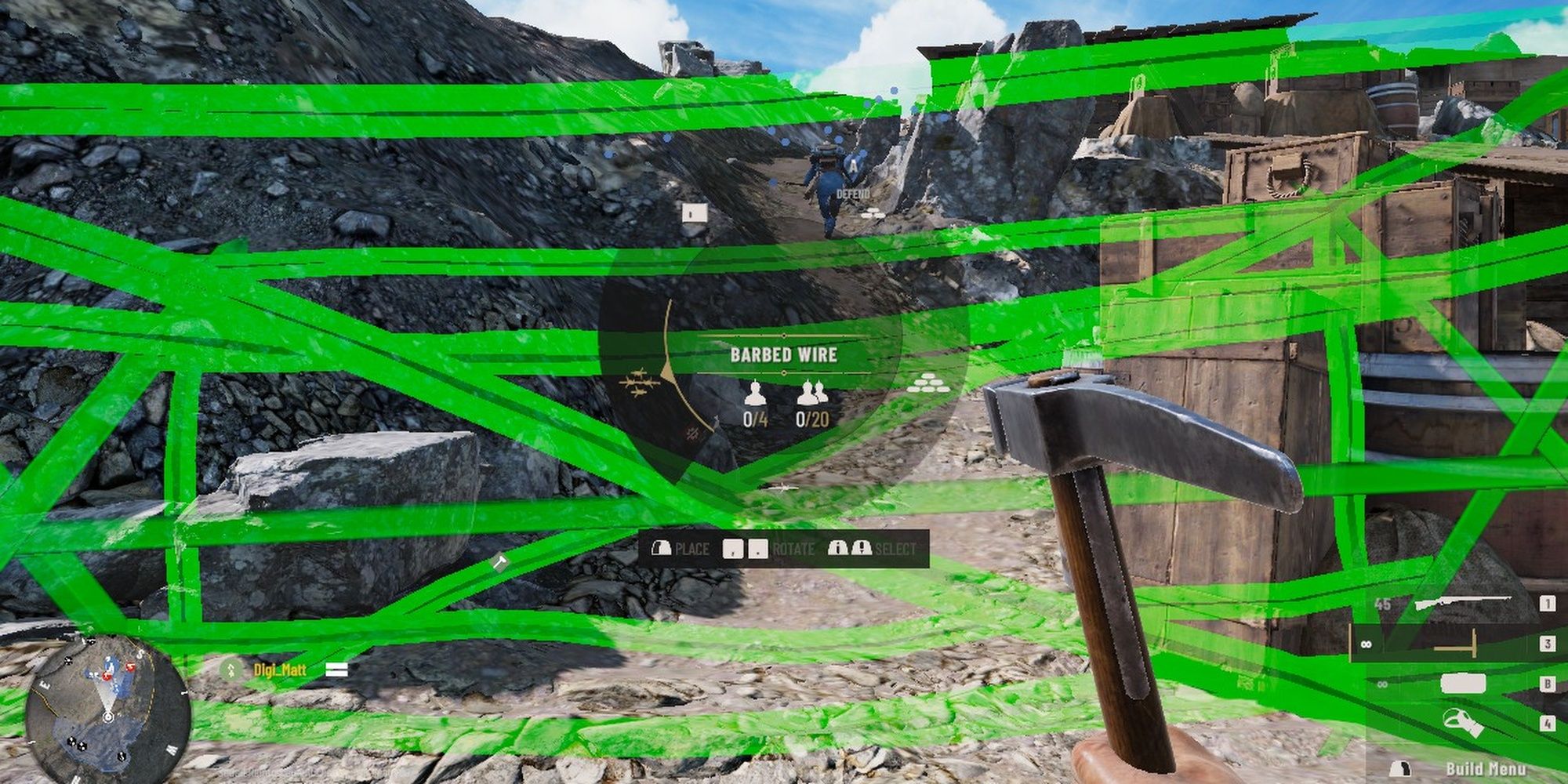 There are a lot of fun fortifications you can build as an Engineer, but by far the most useful is the Barbed Wire. In World War One they were a dangerous nightmare that could slow charges, ensnare men and block large swathes of ground from being crossed.

In Isonzo they’re just as effective as when placed they also come with a large iron barricade inside of them that can block anyone from getting past. They’re best used in choke points to either close them up completely or if you’re stuck with open ground, you can create a funnel for enemy players to pour through to make them more vulnerable to allied marksmen. You’re limited to how much wire you can put down, but you always want to build at least two or three of them if you can as they’re fairly large and can help slow the constant flow of enemy infantry quite a bit.

The Hammer Can Be Used For Melee 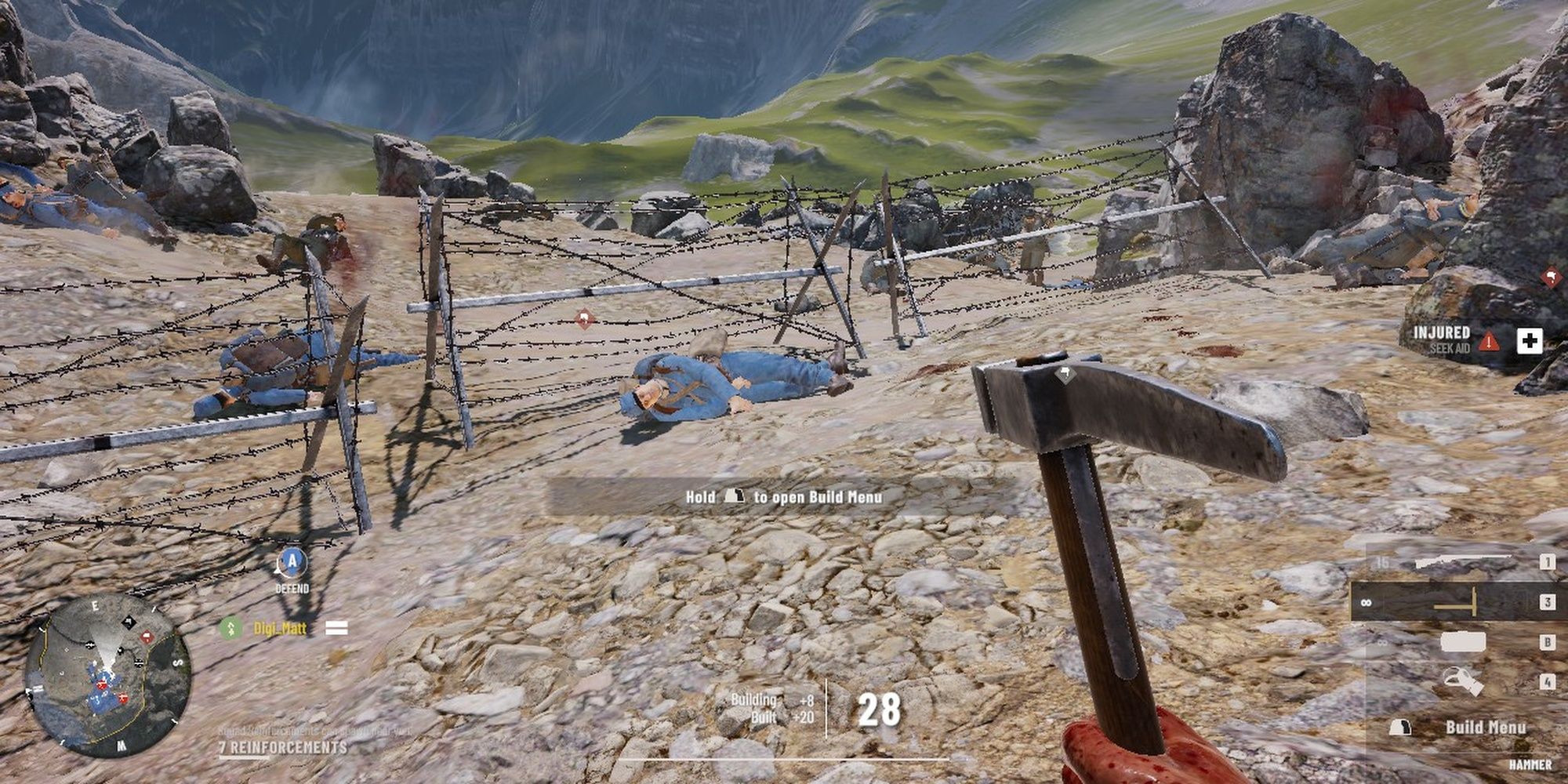 To build anything as an Engineer in Isonzo requires holding your trusty hammer. However, bringing out this terrific tool means you no longer have a rifle in your hands and it can make you feel quite defenseless. But, in a pinch it’s a surprisingly good melee weapon. So it can keep you safe should the hordes of hostile soldiers get a bit too close whilst you're building sandbags.

Unlike other melee items in the game where you may have to take one or two swings to murder someone, the hammer is very different. It’s a guaranteed one-hit kill weapon. Confirmed by the developers themselves, it’s been made this way so Engineers have a strong way of defending themselves when the fighting gets into close quarters. However, this miniature hammer of Thor has a much longer wind-up than any other melee weapon in the game, so don't try to swing too wildly if you find yourself getting cornered.

Their Starter Buff Is Strong 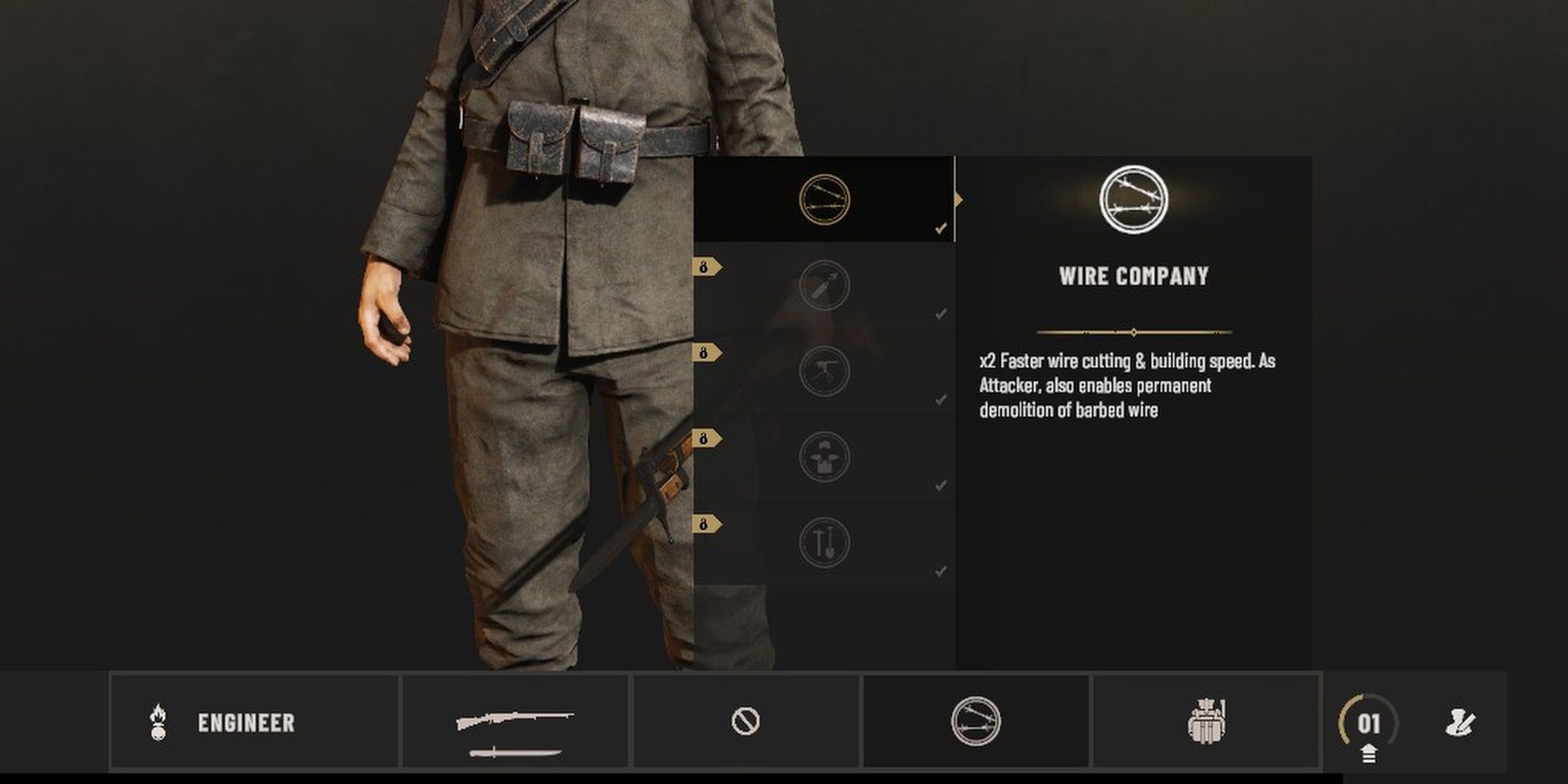 A great feature of Isonzo is that each class has buffs unique to their particular role that can help them out on the battlefield. In the case of the Engineer, it's all about construction and keeping you alive. Whether that's by speeding up your building so you can get back into cover before you're cut down, or dampening incoming damage as you're out in No Man's Land sprinting around constructing defenses and fortifications.

However, unlike other classes where swapping out your starter perk is recommended, with the Engineer your base buff is one you should probably hang onto for quite a while. Their Wire Company perk doubles build speed and barbed wire cut speed whilst also making any of these spiky obstacles stay permanently destroyed. It's a handy buff to have and considering their later unlocks only do things like increased bomb planting speed, MG construction, reduced explosion damage, and another double building speed, Wire Company is arguably the best pick of the bunch.