It Takes Two, the newest game from Hazelight Studios and director Josef Fares, is exactly the kind of evolution one would expect from such an ambitious development team. It Takes Two builds on the core co-op experience of both A Way Out and Fares first game, Brother: A Tale of Two Sons, but delivers surprisingly addicting 3D platforming. While the previous two games were fascinating cinematic experiences, It Takes Two embraces the video game medium and delivers a style of co-op platforming so unique that I imagine even Nintendo will sit up and take notice when the game comes out later this month.

It Takes Two begins with a charming, if slightly melancholy, premise. After learning that her parents, Cody and May, have decided to divorce, a young girl named Rose creates two dolls and makes a wish on a magic book that her parents would stay together. The couple is transformed into the dolls and told by the (now hilariously anthropomorphized) magic book that they won’t turn back until they fix their relationship.

As the game progresses, Cody and May are given tasks to complete and specific obstacles that represent the challenges in their relationship. In the game’s first level, the couple bickers over a vacuum cleaner that never got fixed, so to resolve things, Dr. Hakim makes them…battle the vacuum cleaner in a boss fight.

From the early stages, it’s clear that the story isn’t really driving the game forward. Instead, a wide variety of interesting levels to explore, challenging puzzles to solve, and constantly changing mechanics is what compels the player, while the narrative justifications seem to loosely tie it all together. For me, this didn’t detract from the experience at all. It Takes Two really embraces the silliness of the world and its characters. The impact of divorce on a young kid is a pretty heavy subject, and I have no doubt that the game will be able to deliver at least a couple of moments of meaningful pathos. But in the moment-to-moment gameplay, the answer to the question “why are we doing this again?” seems to simply be: because it’s fun.

As a fan of A Way Out’s immersive two-player storytelling, I was surprised to feel how snappy and fast-paced the gameplay in It Takes Two is. Each character has a pretty robust move set, which includes dodging, mantling, wall-jumping, and air-dashing. The controls feel incredibly tight and even the earliest levels of the game show off some really competent platforming and interesting level design. It’s a far cry from the meditative pace of A Way Out, and I’m impressed by just how much fun It Takes Two is to play. 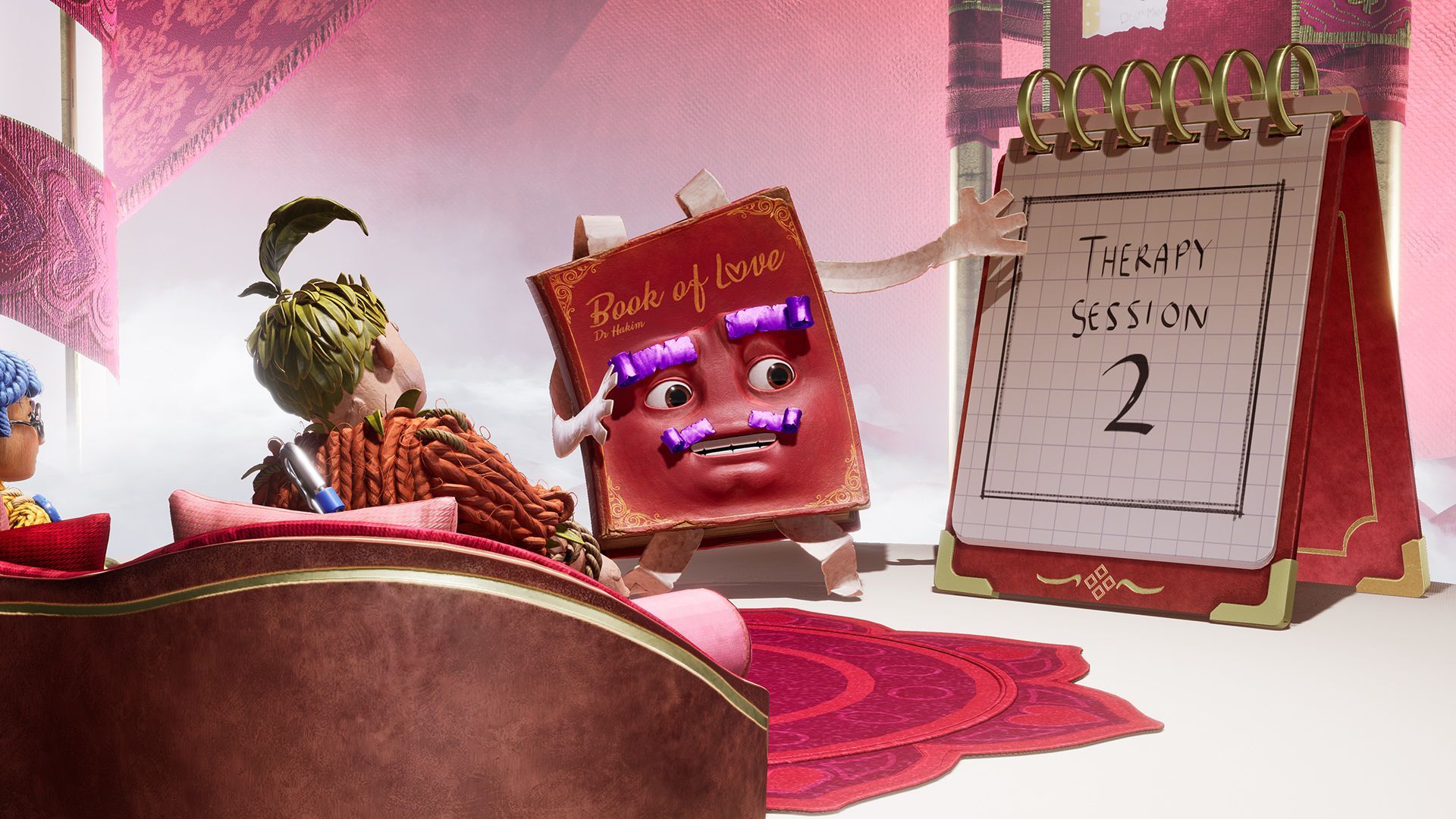 The gameplay really starts to shine when both players are given new and different abilities. A small amount of asynchronicity goes a long way when it comes to the complexity and uniqueness of puzzles. The first example of this is the hammer and nail section of the first level. Cody is given three nails, which he can throw at objects to pin them in place, use to hold open doors, and create monkey bars. Meanwhile, May has a hammer, which she can use to activate pressure pads, break objects, and swing on nails.

The combination of two different moves sets forces you to think about the puzzles in a different way. Not only do you have to consider your abilities, but you also have to try to imagine what the other person can do and how that works with what you can do. Thematically, it’s a clever representation of the give-and-take of a relationship where each partner has their own unique strengths. Mechanically, it’s just a great way to design puzzles in a co-op platformer. Not even Mario himself has managed to include meaningful co-op gameplay like this, and I think players are going to get what this game is doing immediately and wonder why there aren’t more games like it. I certainly did. 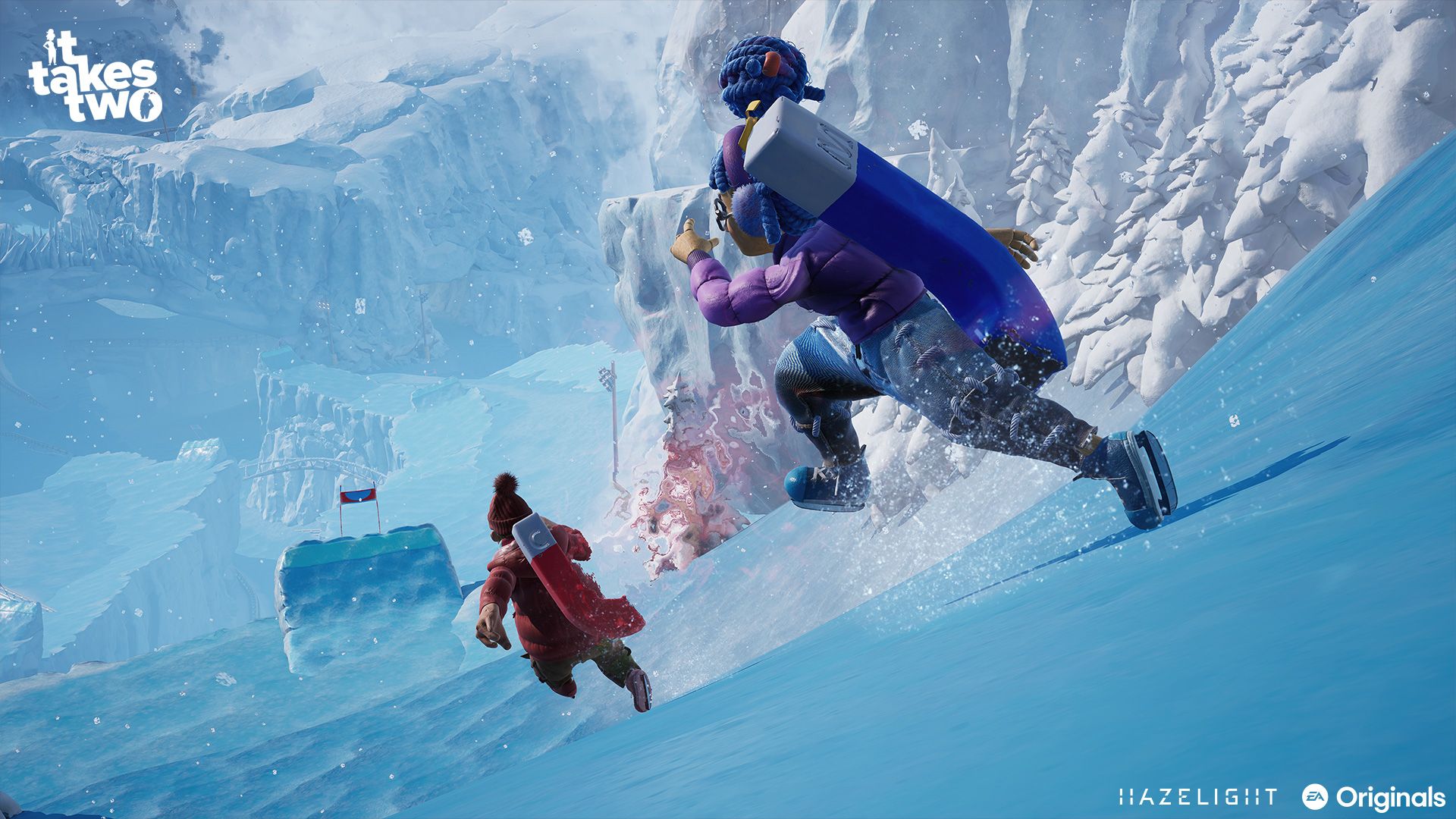 The world of It Takes Two has a lot of Toy Story charm mixed with a touch of Honey I Shrunk the Kids and plenty of Little Big Planet moments. It’s also a much bigger game than I imagined, with an expected playtime of about 15 hours. That’s double the length of A Way Out. There aren’t any lives or game over states in It Takes Two, which I think was a really smart choice that makes the game extra accessible for couples, even if one or both players isn’t the most experienced gamer. I was definitely left wanting more by the end of the demo, and I’m excited to spin up It Takes Two on my next date night. While some co-op games like Overcooked and Unrailed seem designed to turn friends into enemies, It Takes Two truly is a game about bringing people together.

Next: Fights In Tight Spaces Preview: Turn-Based And Card Pilled