Since JoJolion does not get much attention in JoJo’s Bizarre Adventure: All-Star Battle R, you won’t need to understand much from this story arc. Still, clearing the JoJolion section of All-Star Battle Mode will unlock additional terms in the JoJo Glossary that will put some of Josuke’s exchanges in perspective.

In addition to the JoJolion entries, clearing this section in All-Star Battle Mode also unlocks entries explaining key details of Baoh: The Visitor. This inclusion makes sense since Ikuro Hashizawa (Baoh’s protagonist) is the final boss battle of ASB Mode Part 8 (and a challenging boss at that!). Fortunately, you can skip the brutal battle with Ikuro and read this guide instead to catch up!

Unlike previous guides in the JoJo Glossary series, we decided not to organize this one by letter. Instead, we organized two sections: one for JoJolion and one for Baoh. However, entries in each section are still listed alphabetically. 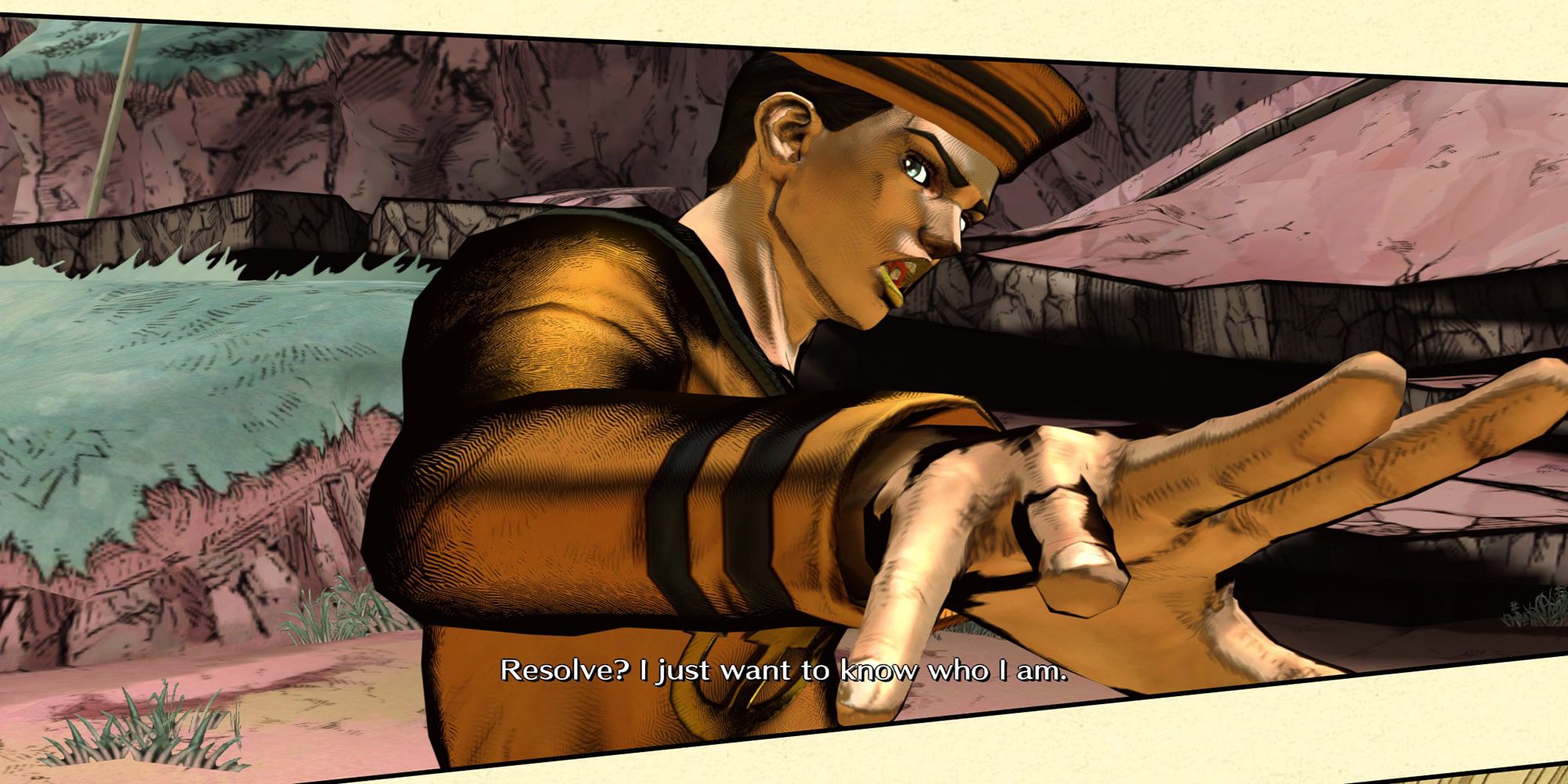 A university student who is the second-oldest of the Higashikata brothers. An old childhood friend of Yasuho, he feels great affection for her, but is extremely jealous.

For reference, Joshu is the young man who swings rocks at you in the Wall Eyes’ arena gimmick.

User of the Stand Soft And Wet, he enjoys feeling pressure on his body. He was discovered at the "Wall Eyes," where Yauho Hirose found him buried, but cannot remember who he is. Norisuke Higashikata takes him in and calls him Josuke Higashikata.

A famous type of cake from Morioh Town, that's a sort of bite-sized bun. If you munch it with your front teeth, the filling tends to burst out.

Josuke Higashikata 8's Stand that creates bubbles which pop to take sound, eyesight, or the very water that hydrates the body of his adversary.

Place where Josuke Higashikata 8 is buried. They appear from underground one night after an earthquake, and form a wall some 10 km long. Some school kid in Morioh Town came up with the name.

A college student who discovers Josuke Higashikata 8 buried alive at the "Wall Eyes" and rescues him. After that, she tries to help him discover his forgotten identity.

Yasuho is also in the Wall Eyes stage. She’s the young woman on the ground with pink hair. 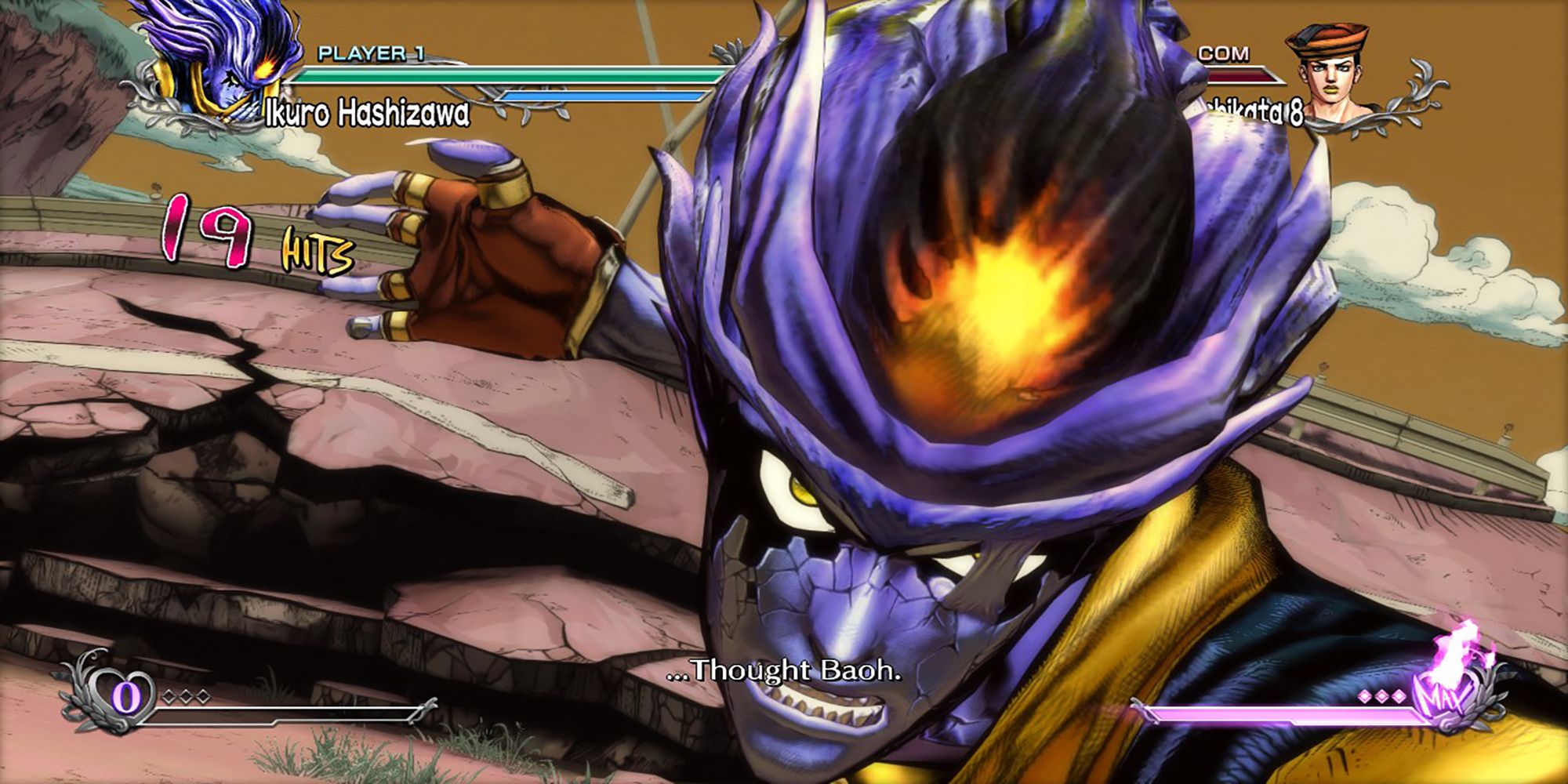 A living weapon created by the Doress research group. A parasite about 40mm long, it can transform its host when it is in danger, granting immense strength and special skills in a metamorphosis known as the Baoh Armed Phenomenon.

A top secret weapons R&D (Research And Development) organization. Created under the pressure of the US Army during the Vietnam War, its roots can be traced back to Japan's bio-weapons team from World War 2. This same group created the Baoh Parasite.

The main character of Baoh: The Visitor. After a car accident, he was kidnapped by Doress, who implanted the Baoh Parasite within him. He later escaped with the help of Sumire, a girl with paranormal abilities.