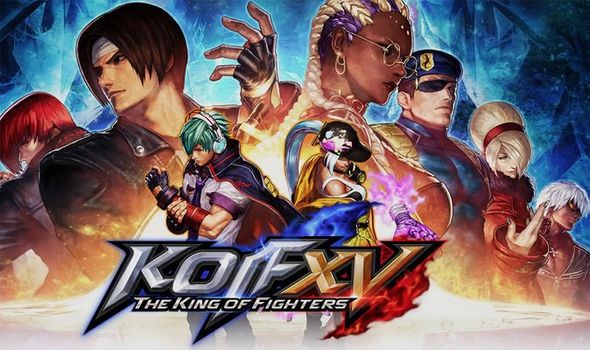 King of Fighters developer SNK is getting ready to release the KOF 15 open beta on PlayStation.

Available exclusively on PS4 and PS5, the King of Fighters 15 open beta has a November 20 release date for UK players.

UK fans hoping to try the game early can start playing at 3am GMT on Friday morning. The open beta ends at 3pm GMT on November 22.

To ensure you don’t miss a second of the action, the King of Fighters 15 open beta can be pre-loaded ahead of schedule.

If you want to download the beta now, just head on over to the PlayStation Store for the PS4 version and PS5 edition.

The news was announced by SNK on Twitter: “The pre-download Open Beta Test version of KOF XV has now begun!

According to SNK, the KOF 15 beta will feature a total of eight characters, multiple game modes, and even cross-platform play.

Playabale characters include the recently announced Dolores, who’s described as a mysterious newcomer with the ability to speak to the earth and control holy soil.

“Some may have noticed the details on her clothing are similar to the embroidery found on another character, and so along with that info and the fact that she’s paired up with such a strange team means this story is something you won’t want to miss!

“Get ready for some awesome fights with the cool and collected mysterious Dolores.”

Other playable characters include Kyo Kusanagi, Iori Yagami, and Chizuru Kagura, as well as Yashiro, Shermie, Chris and Shun’ei.

The beta will give SNK the opportunity to test the online experience, not to mention the general balance.

“What’s a fighting game without different fighting modes, and this Open Beta Test features plenty to keep you busy.

“There’s two online and two offline modes; Casual Match and Room Match can be accessed online while Training and Versus are accessible offline.

“Room Match in particular features KOF XV’s newest feature—Draft Vs, which will undoubtedly take your fights to a whole new level.”