If you want to get the best Keyblade in any of the mainline Kingdom Hearts titles, you’re going to have to make it yourself. Synthesis has been around since the first entry in the series, and allows you to turn all of those crystals, shards, fragments, and other drops you’ve been collecting into unique and powerful items, accessories, and party member weapons. In order to craft the Ultima Weapon in Kingdom Hearts 3, you’ll first need to track down the rarest material in the game: Orichalcum+. You’ll be hard pressed to stumble upon these on your own, so be sure to follow our handy guide on how to get every Orichalcum+.

KH3 How To Get All Orichalcum+

Not to be confused with the regular Orichalcum, Orichalcum+ is a far rarer material in Kingdom Hearts 3. There are only seven of them in the entire game, and you will need every single one in order to craft the Ultima Weapon. None of them can be missed, and you will need to essentially beat the game before you can get them all. That being said, there will be minor location spoilers for the endgame of KH3. 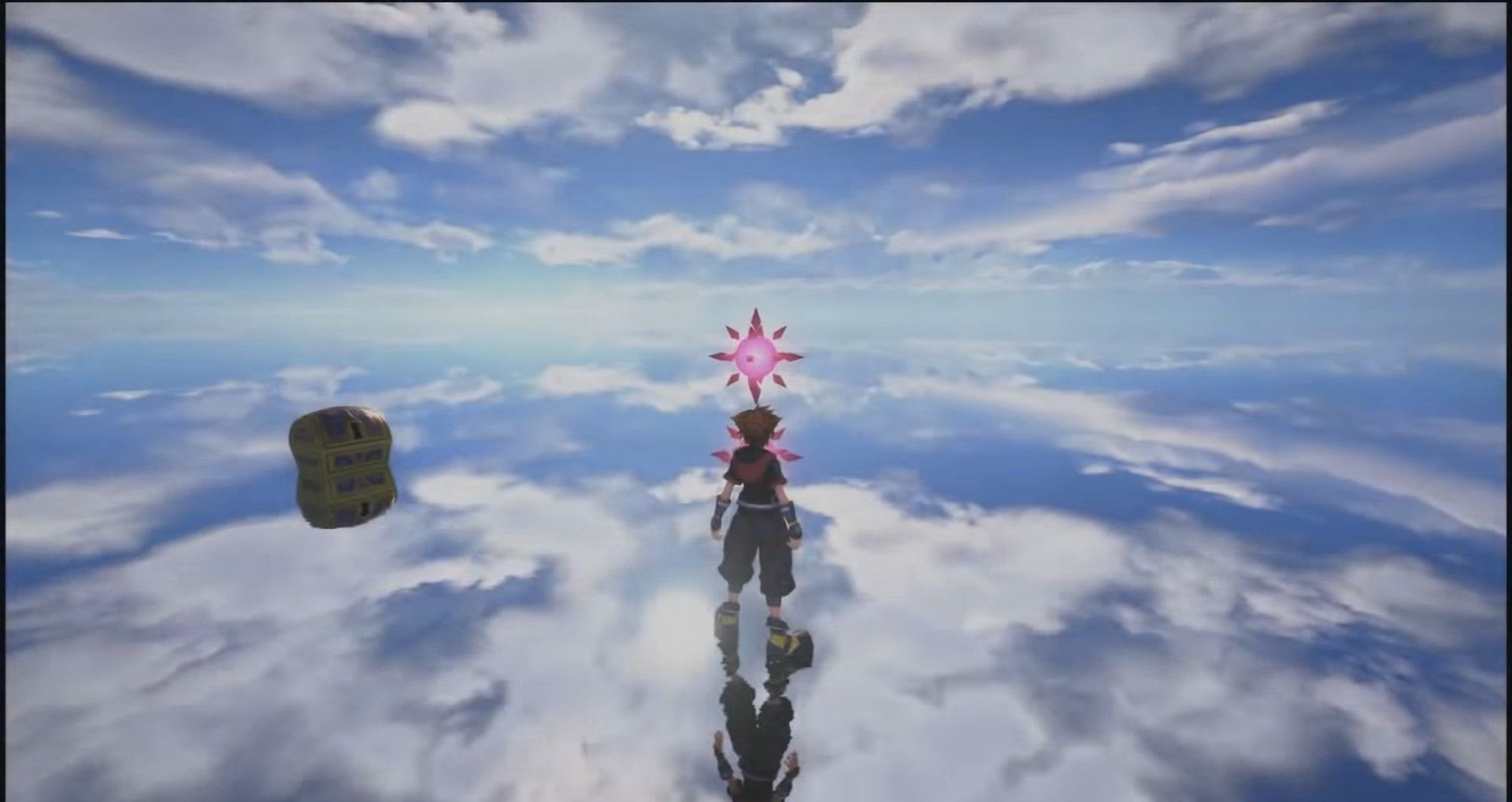 The first Orichalcum+ is one of the easiest to come across during normal play, but is also the one you need to progress the furthest in the story to get. It is found in a chest in the Final World location, where you’re in a kind of infinite pool of water reflecting the sky. If you somehow missed this chest your first time through this area, you can return there by going to the Keyblade Graveyard and interacting with a special red Battlegate. This will take you right back to the chest. 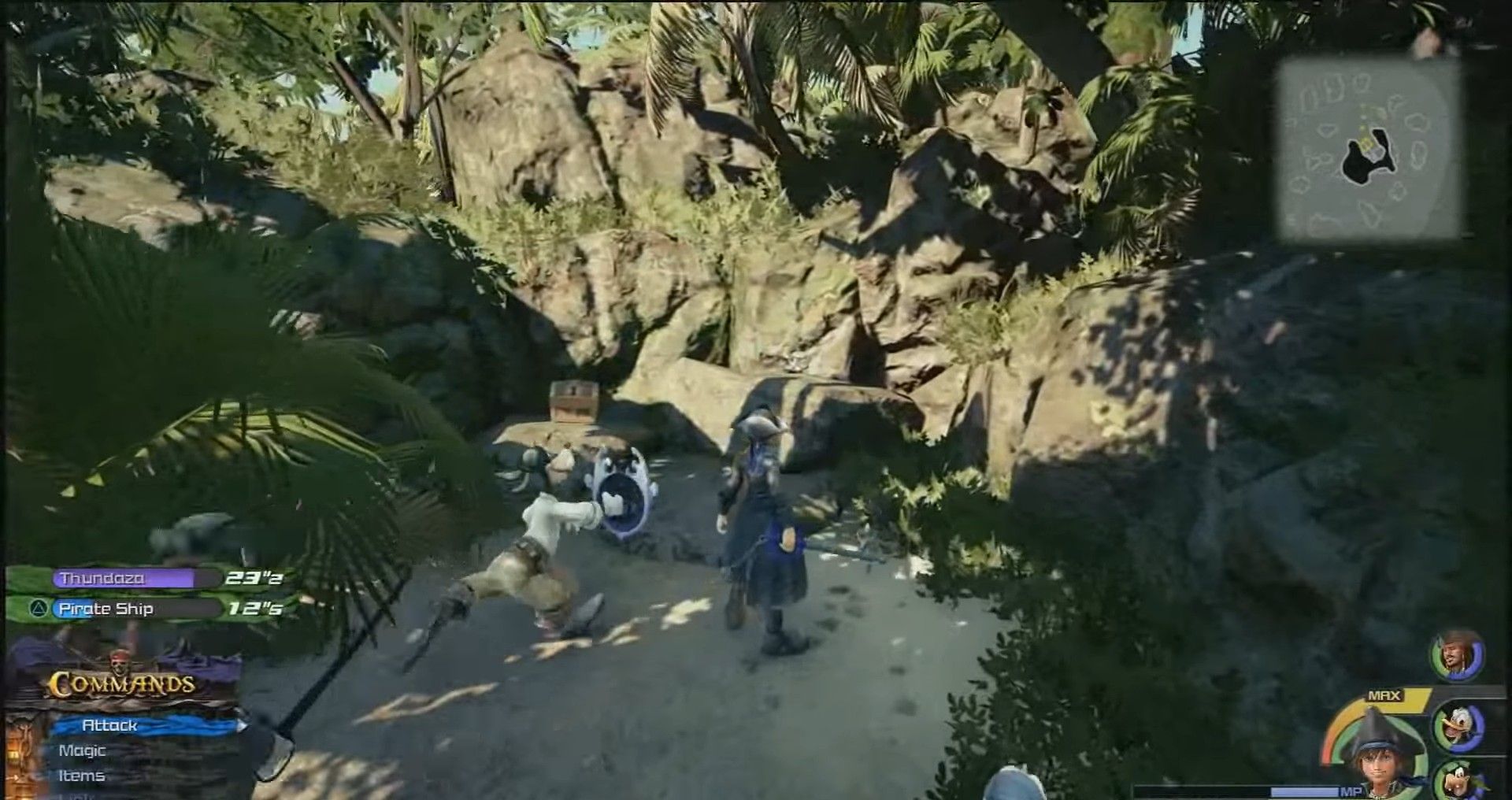 The only other Orichalcum+ you’ll get out of a treasure chest can be hunted down in the Caribbean. Set sail for Exile Island, or fast travel there if you’ve been there before, and go to the center of the island. Unlike the first, this is a regular small chest, so don’t overlook it. 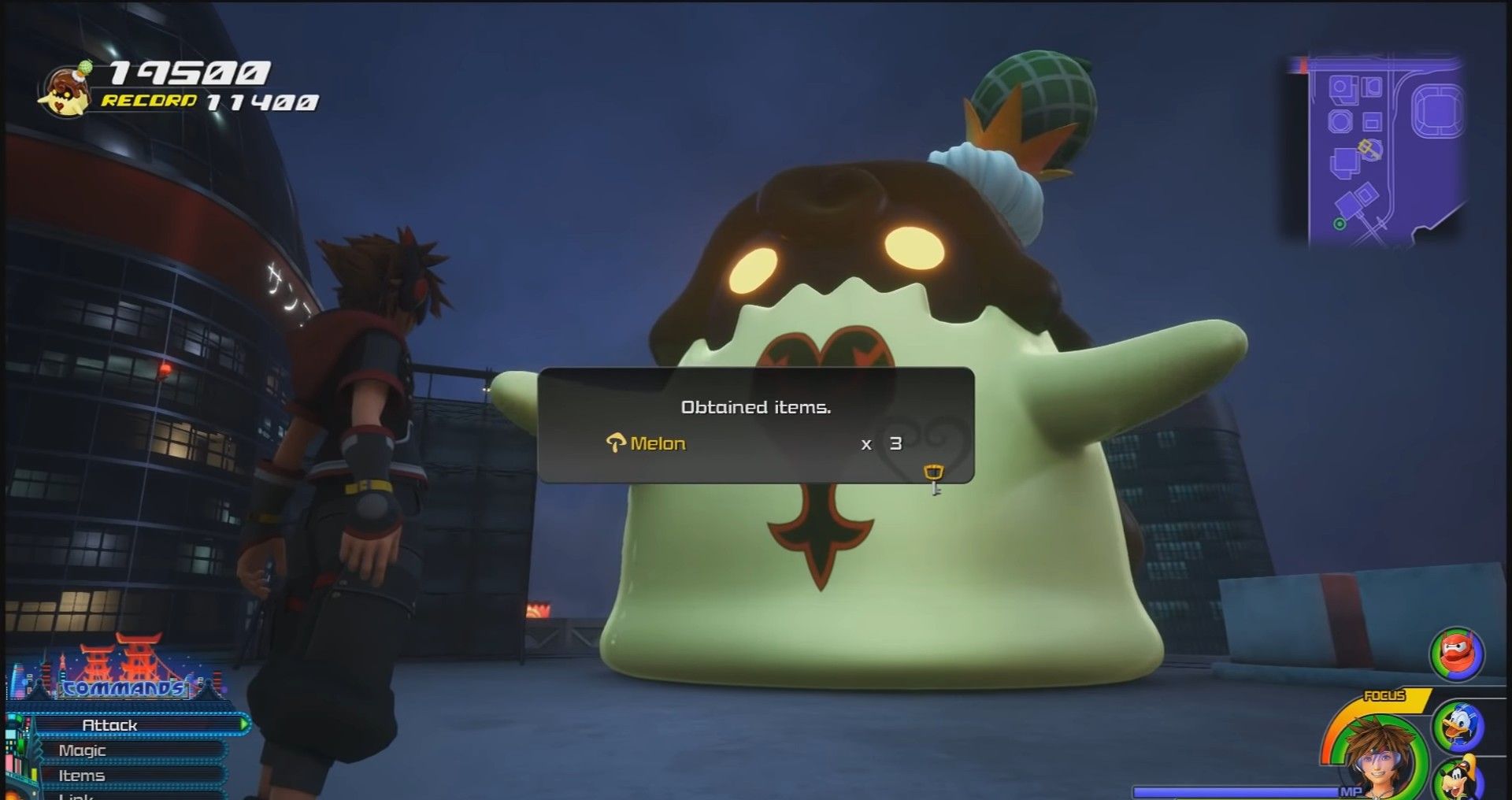 This is where things get tricky. The requirements to get your third Orichalcum+ consist of not only finding and completing all of the Flantastic Seven mini-games, but getting a high score in the lot of them. You’ll know you got the high score if you get more than one fruit as a reward. If you need help finding and beating these mini-games, we’ve got a dedicated guide ready for you. 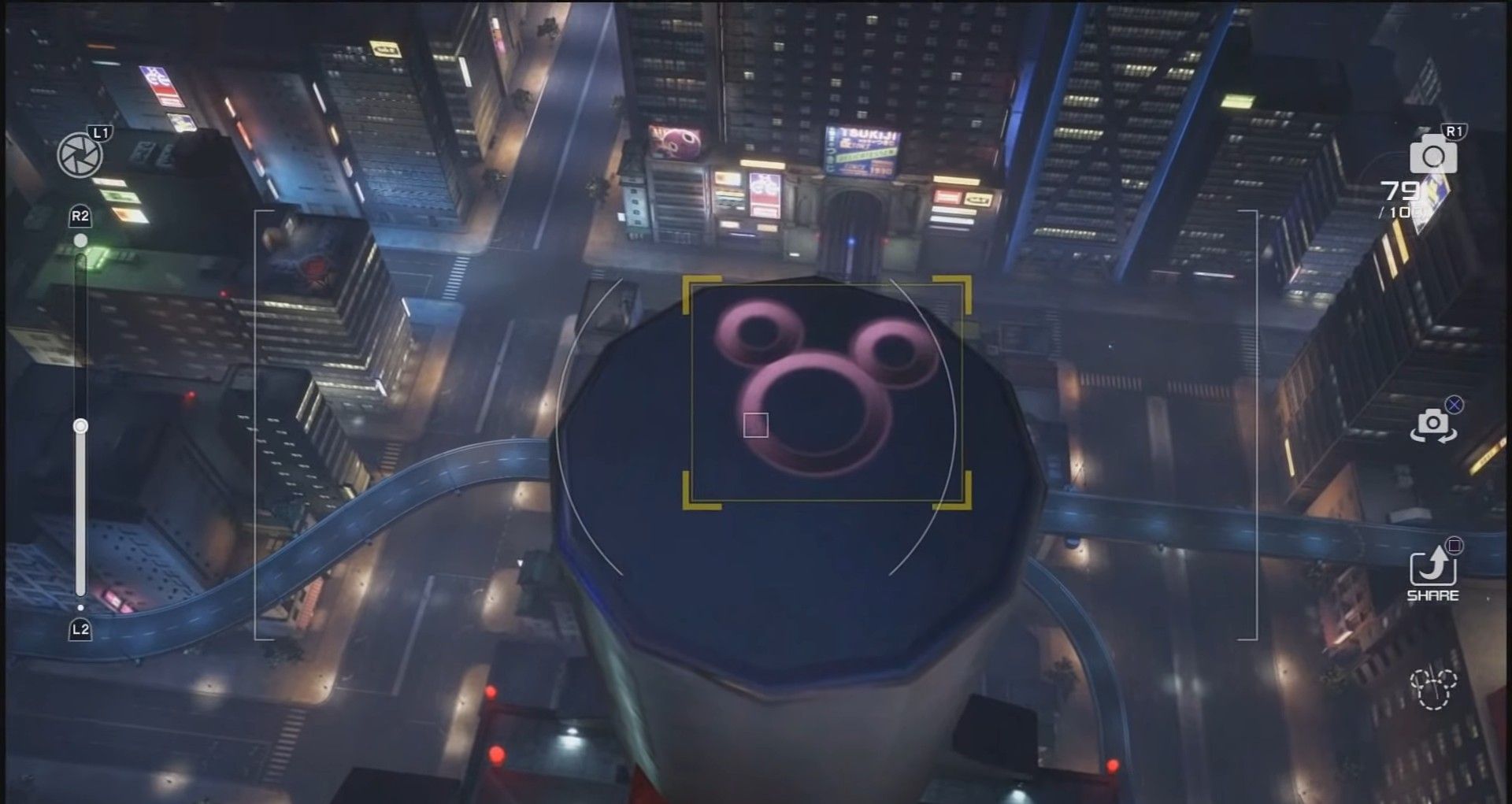 If you haven’t gotten so sick of hearing your party bring them up that you’ve muted the game, you might have found and photographed a good amount of Lucky Emblems already. Hopefully that’s the case, because you gain one of these seven materials from finding 80 out of the 90 Lucky Emblems hidden across all the worlds.

This is another difficult one, asking you to replay the Frozen Slider mini-game in Arendelle multiple times. Once you beat the world you can replay the event where you ride Goofy’s shield down the mountain, collecting gems and doing tricks. However, there are ten hidden treasures in the shape of diamonds, each labelled with a roman numeral I-X, hidden along different paths. Only by collecting them all will you get this Orichalcum+.

Thankfully you don’t have to get them all in one run, or collect them in any specific order, but just make sure you finish the mini-game each time you collect one to register it as collected. Once you bring the last one across the finish line, you’ll be rewarded with this Orichalcum+. 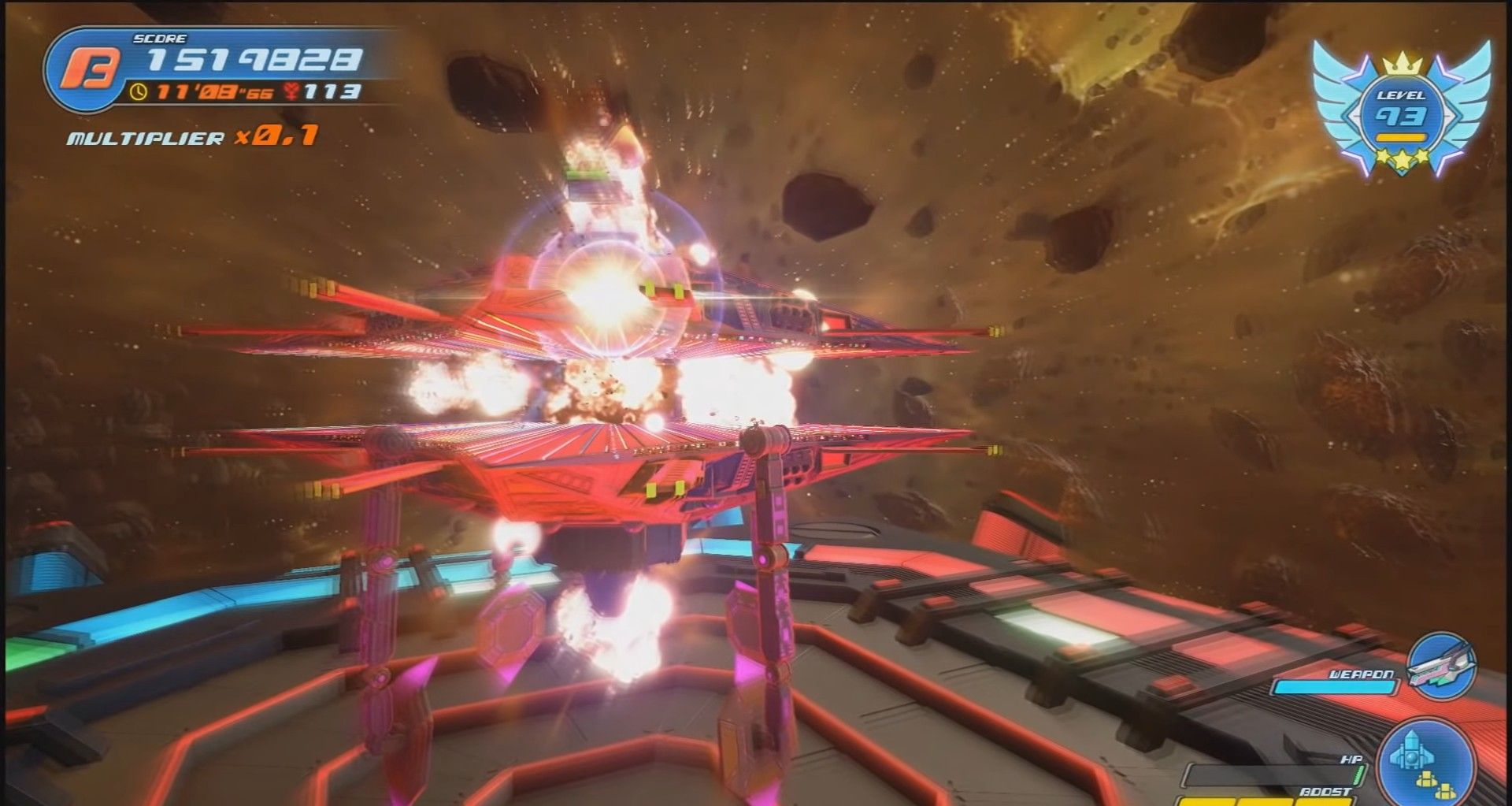 Fire up your most powerful Gummi Ship and head to The Eclipse Galaxy to battle it out for this Orichalcum+. You’ll need to destroy the Omega Space Ship boss that appears only after you have conquered all five other heartless missions in this galaxy. If you’ve been neglecting your Gummi Ship up until now, take a peak at our guide to help you power up enough to earn this Orichalcum+. 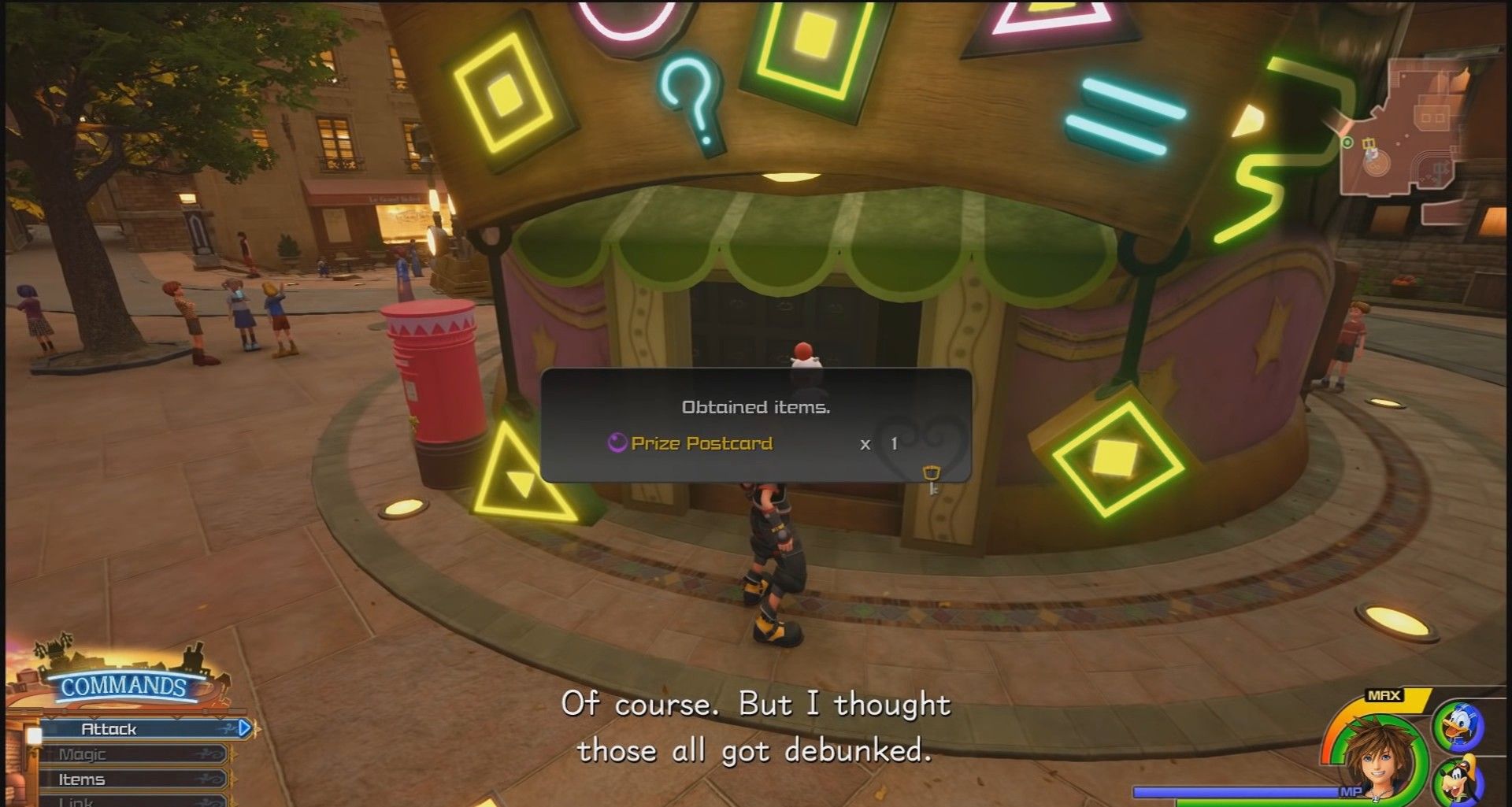 This last one is, unfortunately, all down to RNG. You’ve almost certainly received a few Postcards as you made purchases at the Moogle Shop during the game, and if you head back to Twilight Town and enter them into the postbox beside the main Moogle Shop, you’ll get a random reward. One possible reward is, you guessed it, the last Orichalcum+.

If you want to save money, and maybe some time, you can purchase a ton of low cost items to build up a stock of post cards, save, and then enter them all in the postbox. If you don’t get the Orichalcum+, just reload your save and try again. The odds of getting the Orichalcum+ seem pretty low, so you may be here for quite a while grinding out Postcards.

Once you have all seven Orichalcum+, you will only need two Wellspring Crystals, two Lucid Crystals, and two Pulsing Crystals to create the Ultima Weapon. This beautiful and powerful Keyblade will be a great help if you plan on taking on Critical Mode or the secret Dark Inferno boss. 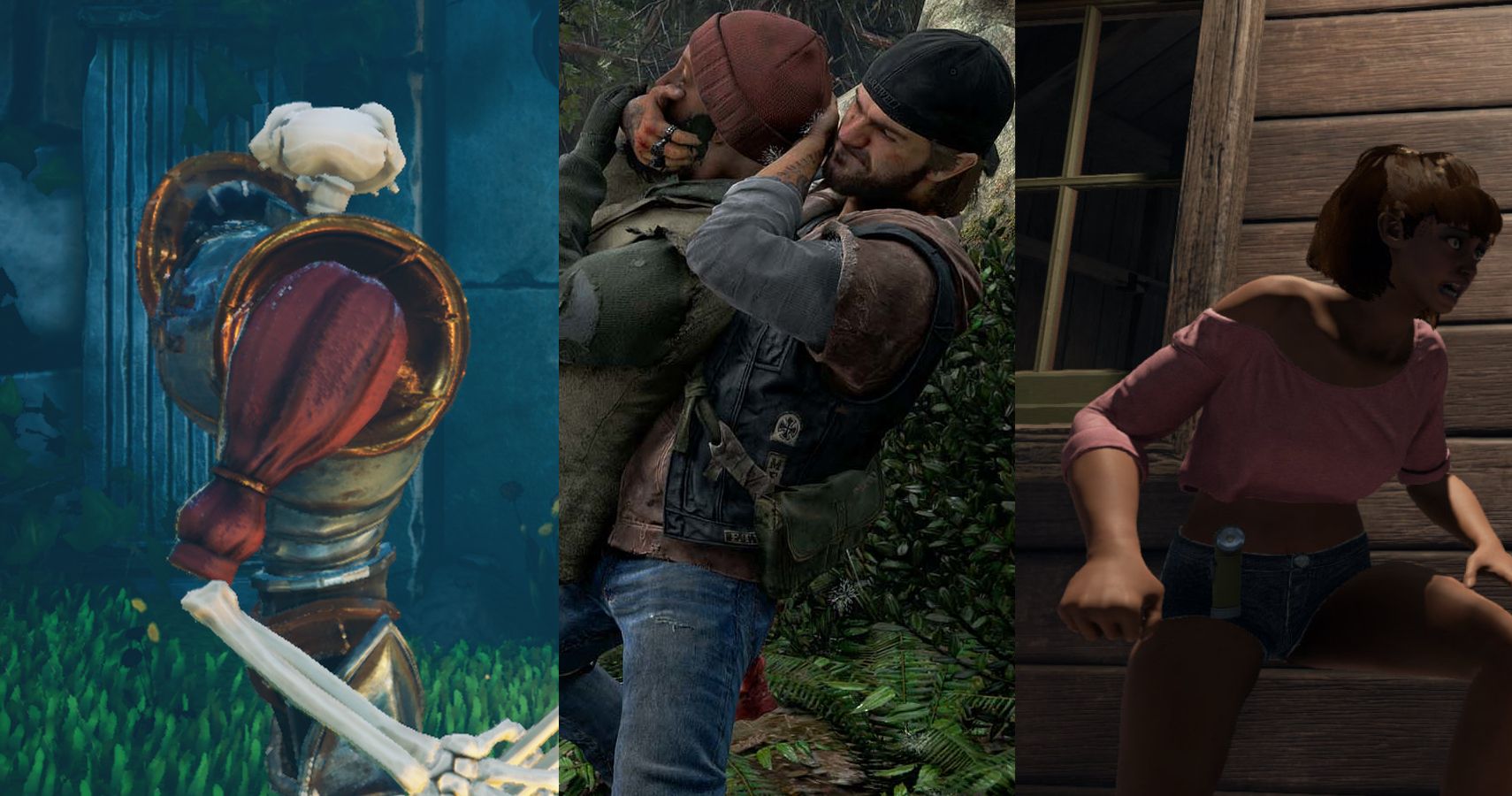