One of the first side quests you’ll come across in Kingdoms of Amalur is given out by Ainmhi – a proud wolf that has been turned into a two-legged human. He’s desperate for your help, but unless you know a few tricks you’ll be running in circles trying to lift his curse. Here’s what you need to know in order to complete the Red in Tooth and Claw side quest in Kingdoms of Amalur.

Located in eastern Odarath – just outside the town of Gorhart – is Ainmhi. Talk with him and you’ll learn that he’s supposedly a wolf, but a curse has forced him to roam the land as a human. Talk a bit more and he’ll ask you to help him collect water from the Sprite’s Well to cure his ailment. After you accept the quest, follow your map marker to your first destination and a short battle with sprites.

The sprites are guarding the well, but once they are defeated the well instantly disappears. Head back to Ainmhi to inform him of the issue.

Unhappy to stay in human form, Ainmhi suggests collecting Leechwood Bark before heading out to find the well again. Leechwood Bark is easy to find – just follow the mission indicator on your map – but the well is much trickier to pinpoint. The Sprite’s Well teleports at frequent intervals, so if you try to chase it down using your minimap you’ll never actually reach it. 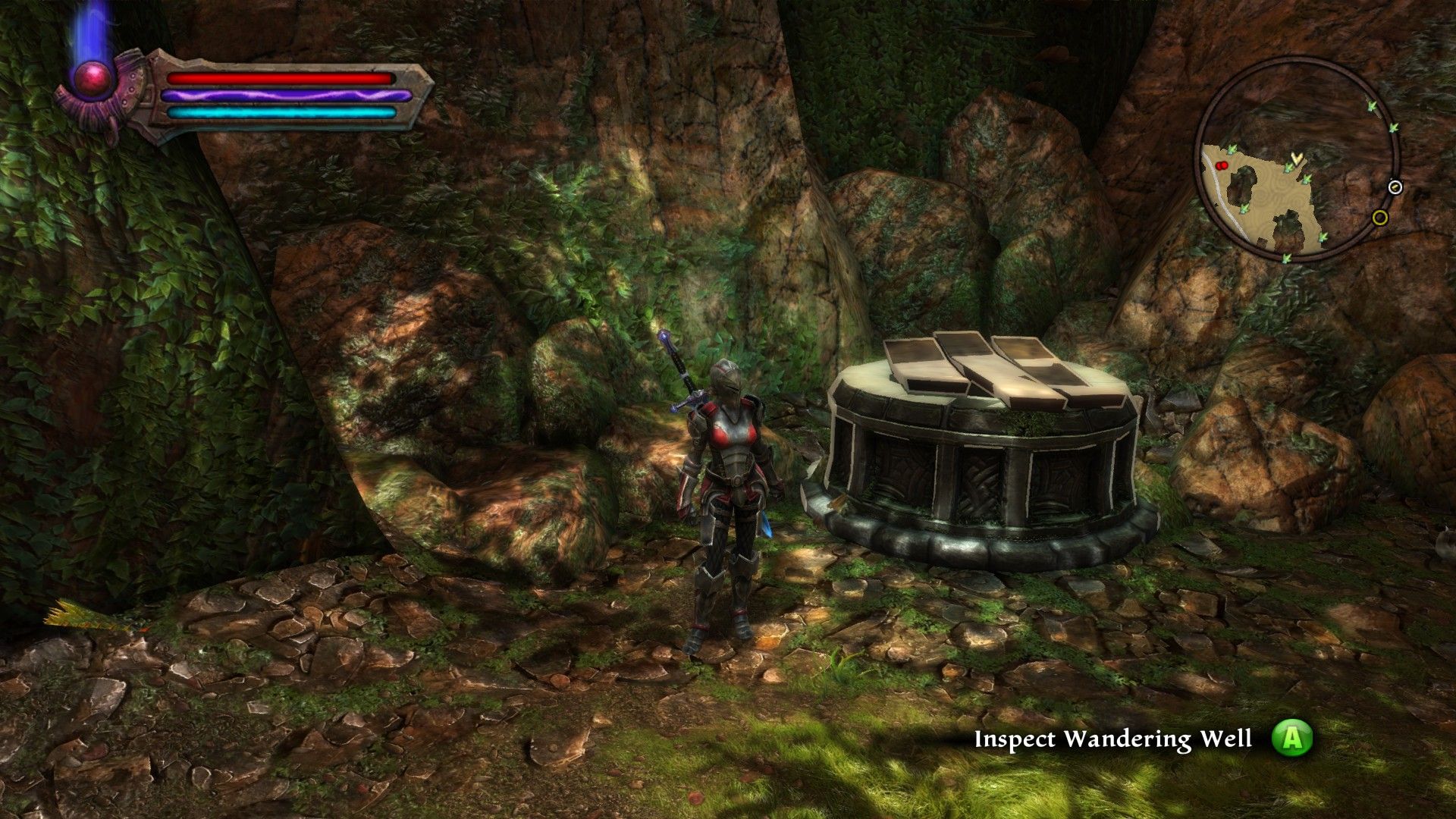 Instead, here’s what you need to do to reach the Sprite’s Well:

When you find the Sprite’s Well, interact with it to scoop up some water before heading back to Ainmhi. A short cutscene will play, our new friend will transform into a wolf, and you’ll be rewarded for your efforts with a bunch of XP.