On the surface, all Kirby games are generally cute, fluffy, and family-friendly. How could Kirby, the little pink cream puff that he is, be anything but smiles and sunshine after all? But longtime fans of the Kirby franchise have repeatedly seen through the cracks in this facade. Thanks to trails of breadcrumbs left by the franchise's developers, many of the darker aspects of the franchise have come to light, and one of the most disconcerting is the identity of the mysterious Morpho Knight.

If you played through the post-game content of Kirby and the Forgotten Land, you may have been surprised by the sudden appearance of this fluttering dream eater within Forgo Dreams, supplanting Soul Forgo as the area's main antagonist. This strange knight may seem like he came out of nowhere, but in actuality, he may be older than time itself, wrapped up in a mystery spanning all the Kirby games.

Galacta Knight, Scourge Of The Galaxy 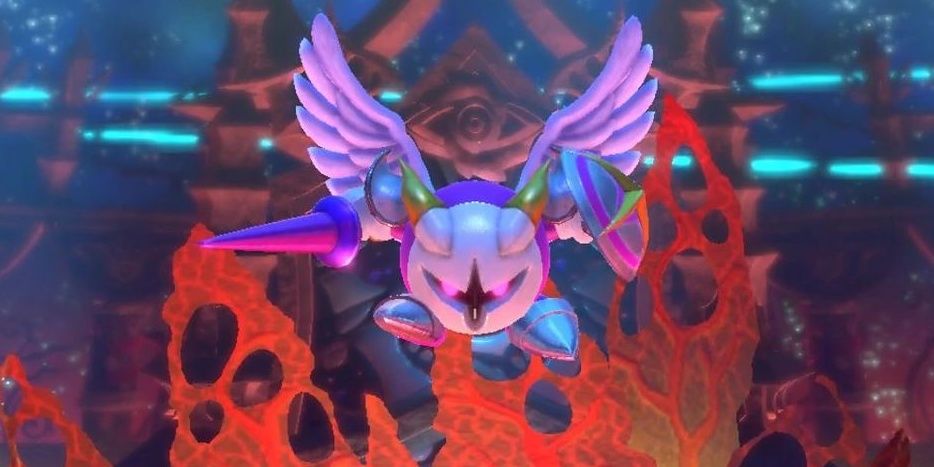 Before we can get into Morpho Knight, we need to cover his previous identity. In a time before time, when the galaxy was governed by a race of hyper-advanced ancients, there existed a creature of similar stature to Kirby or Meta Knight. This creature was Galacta Knight, a warrior of such unimaginable strength that his mere name inspired awe and terror in equal measure. According to the ancient comets Galactic Nova and Star Dream, Galacta Knight's power was so immense that he could casually wipe out a couple of planets without much effort or thought.

Because he was so powerful, Galacta Knight simply could not be destroyed. Instead, the ancients sealed him away in a crystal and sent him adrift through space-time. Though, according to a pause screen description from Kirby: Planet Robobot, Galacta Knight has actually had to be re-sealed several times, as he either breaks out of his prison or is released by an external summoner. Apparently, Galacta Knight doesn't appreciate being summoned, as nearly every time an entity summons him, he immediately destroys them. To date, Galacta Knight has been summoned five times.

The Butterfly, Emissary Of The Dead 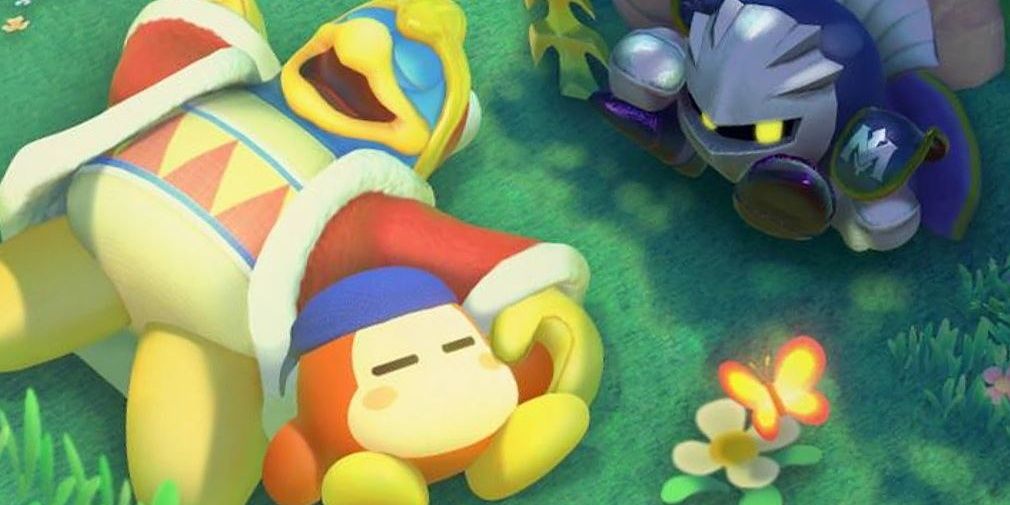 The second part of the dark equation that makes up Morpho Knight is something that seems much more innocuous (emphasis on seems): a simple butterfly. Butterflies have appeared in Kirby games since the series first began with Kirby's Dream Land, a regular indicator of peace and tranquility on Kirby's home planet of Popstar. However, from Kirby's Return to Dreamland-onwards, the butterflies have begun to take on a much more distinctive appearance: bright yellow and orange, with an ever-so-faint glow about them.

For a while, this didn't seem to be anything beyond a stylistic change. However, in Kirby Star Allies, this simple creature begins to tip its hand, revealing itself as something greater. According to a pause screen description in that game, the butterfly is actually a herald of "paradise," an entity that crossed dimensional boundaries when something has "ceased to be." We're hypothesizing a bit here, but based on that particular description, as well as other descriptions painting the butterfly as a figure of judgement, it is very possible that it is a being from some manner of afterlife, possibly an arbiter of life and death. 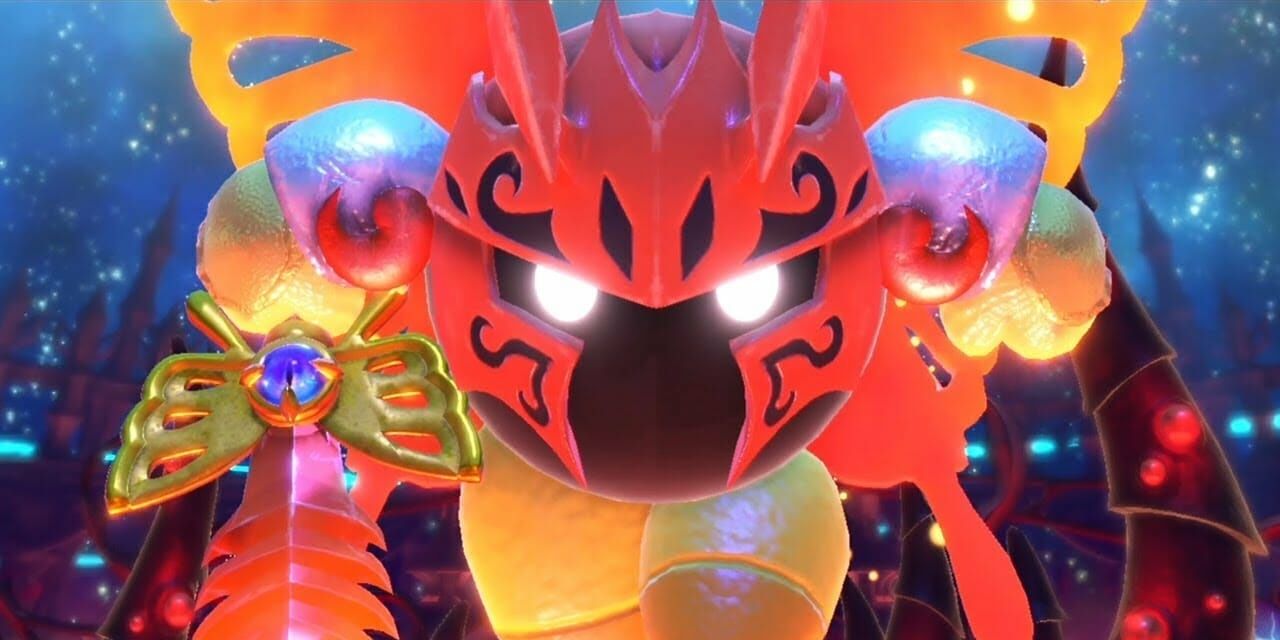 Finally, that brings us to the all-important moment. In Kirby Star Allies, specifically at the end of the Guest Star ???? Star Allies Go! sub-game, the characters confront Galacta Knight, summoned once again from beyond time and space. It isn't clear who or what summoned him this time, as he only appears after the characters defeat Hyness, but regardless, his lance is drawn and he is prepared to fight.

However, everything pauses when the butterfly appears from nowhere and softly lands on the tip of his lance. Galacta Knight stares at it for a moment, and a heart symbol, similar to Kirby's Friend Heart ability, appears between them, signaling some kind of cooperation.

However, whether with Galacta Knight's permission or not, he is suddenly disintegrated, his essence absorbed into the butterfly. In a flash of crimson and fluttering wings, Morpho Knight is born, a terrifying fusion of the most powerful warrior in the galaxy and the cold fury of the dead. According to his pause screen description, Morpho Knight is Galacta Knight reborn as a "knight of doom," hardened through eons of adversity. Additionally, the description of his helmet, available in Super Kirby Clash, explains that it appeared in response to his "screams" from many years spent living. This implies that Galacta Knight was conscious throughout his lengthy imprisonment, and powerful though he was, went mad from the isolation. 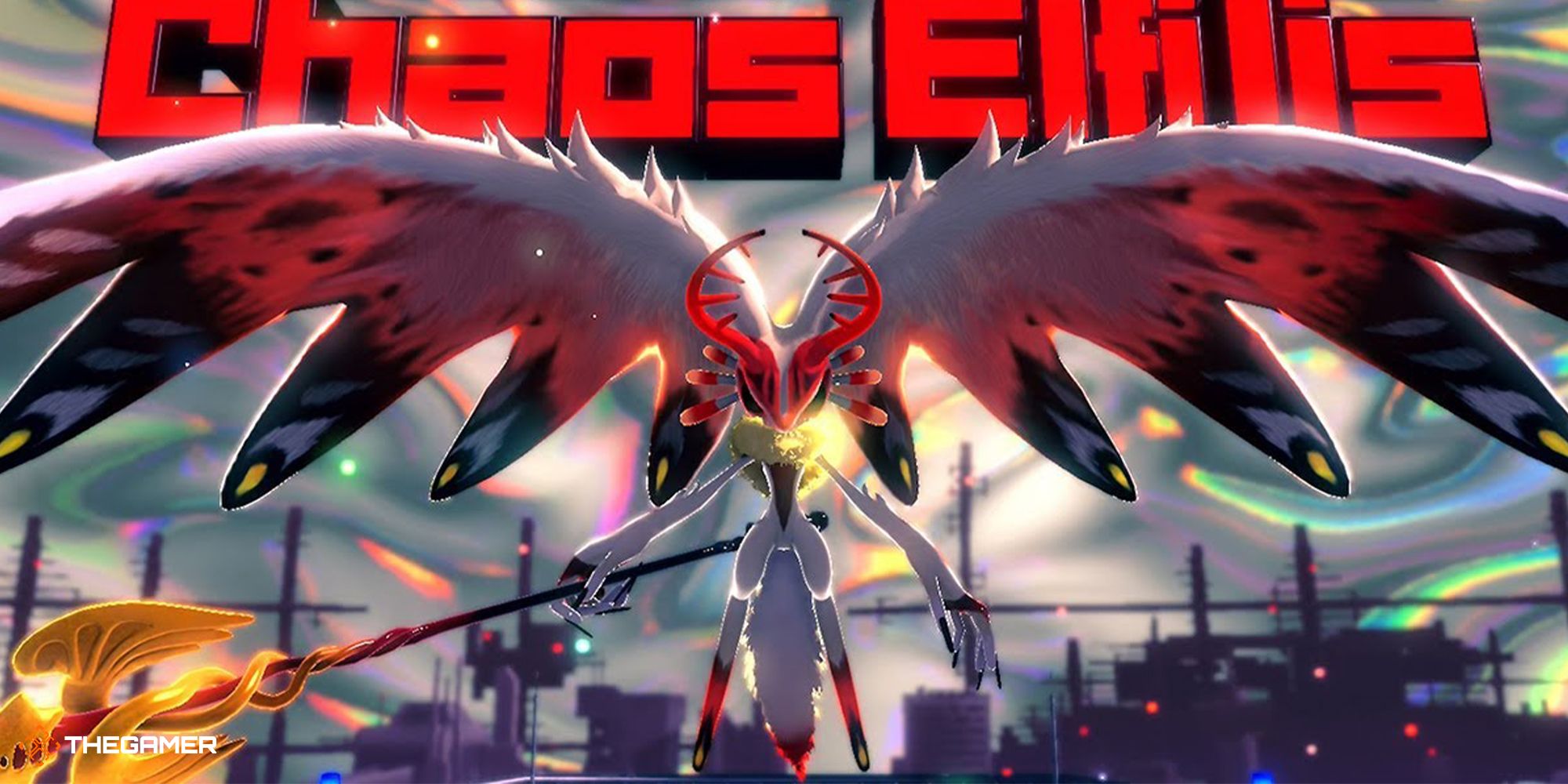 Fast-forward to Kirby and the Forgotten Land, and Morpho Knight appears once again in the fleeting dreams of Fecto Forgo, existing as a psychic echo in the shattered soul of Leongar. When Kirby and Elfilin arrive to rescue Leongar and break Forgo's control, it emerges as Soul Forgo and prepares to fight. However, once again, the butterfly appears, drawing in Soul Forgo's essence and reappearing as Morpho Knight.

When Kirby manages to defeat Morpho Knight, Forgo reappears and draws in its essence, creating a new body for itself as Chaos Elfilis and creating a new dream realm for itself. Of course, even this empowered form was no match for Kirby, who destroyed it and scattered the remainder of Morpho Knight's essence… or so it seems. 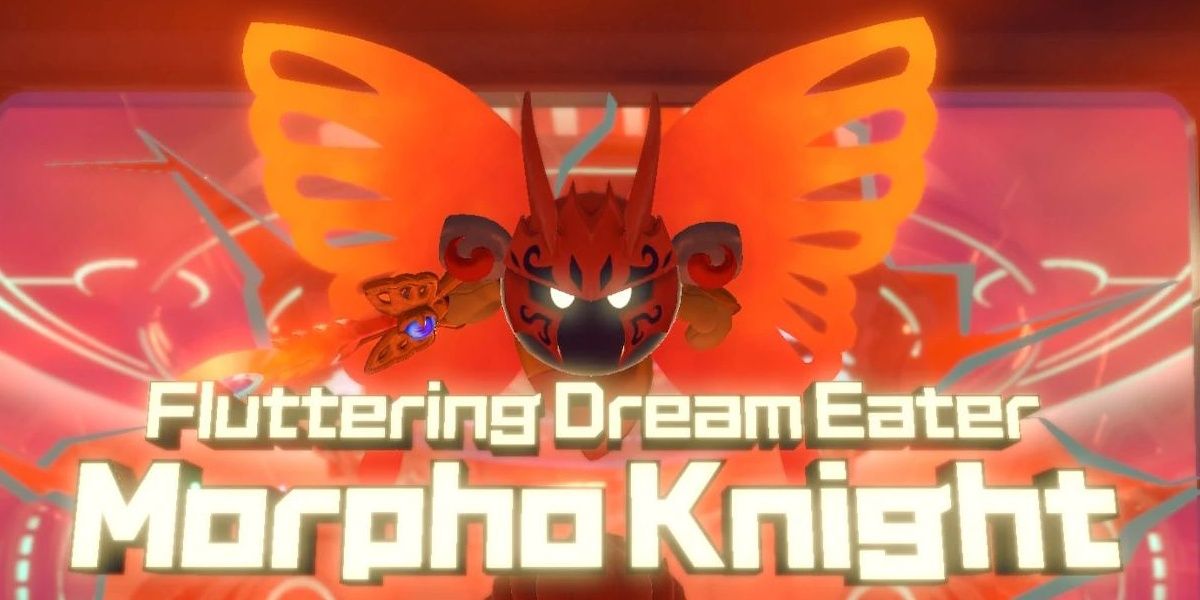 Had Morpho Knight remained confined to that sub-game, he likely wouldn't have been anything more than an easter egg with a few lore implications. The director of Kirby Super Star Ultra and Planet Robobot, Shinya Kumazaki, had originally written off the appearances of Galacta Knight in both games as non-canon during a Miiverse Q&A session. This makes sense, as these appearances are both in sub-games with stories that can't run concurrently with Kirby's adventures in those games. However, his role in the post-game of Kirby and the Forgotten Land severely complicates matters.

With Morpho Knight's definitive canonicity in the story of Forgotten Land, we receive another worrying implication: the butterfly, and by extension Morpho Knight, is not bound by the laws of time and space. Through an unknown power, it was able to traverse between multiple different timelines, leaving the non-canon timeline from Star Allies and finding its way to the main timeline in Forgotten Land. We could very well be dealing with a malevolent specter dwelling beyond the boundaries of reality, one so powerful that even its supposed defeat in Forgotten Land may not be the end of it.