No role in League of Legends has as much map-wide impact, or the potential to dictate the entire early game, as that of the jungler. This role has the freedom to roam the map, clearing neutral monster camps and attempting to provide support for their laners. A strong jungler can be a nightmare for the enemy team to deal with, while a weak jungler can leave their team feeling like they are a player down.

This guide will seek to explain the various aspects that make up a successful jungler, including available champion types, how to efficiently clear jungle camps, when is best to gank and invade, and how to control objectives with your Smite summoner spell. 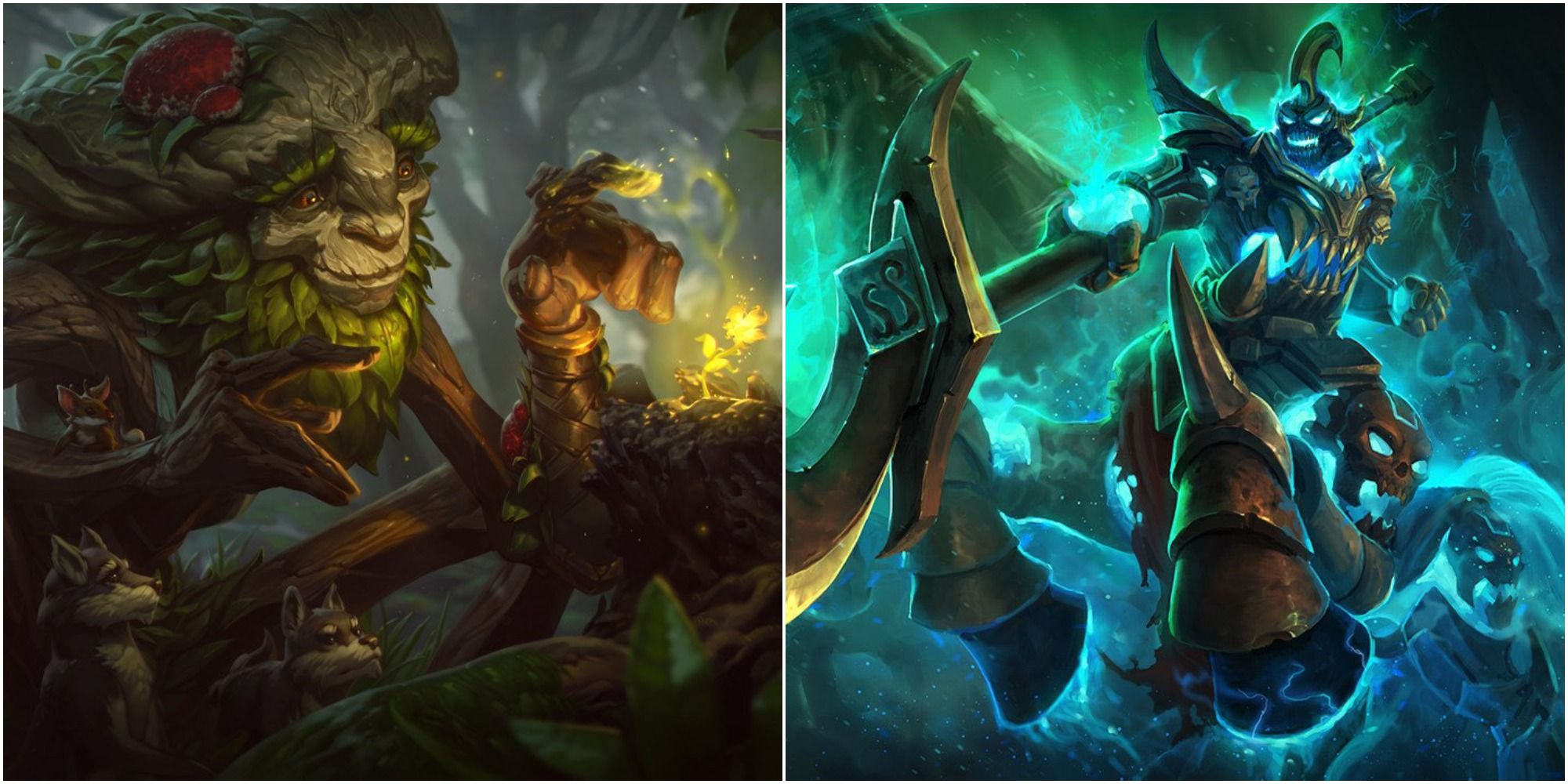 While the jungle is home to many different champions, there are certain pre-requisites that go into determining their viability. As such the jungle sees less champion categories than other roles. The jungle champion types are as follows:

It should be noted that these categories are not hard and fast, as a champion such as Nunu can comfortably fall into multiple types thanks to his excellent clear speed, objective control, strong counter jungling, and ganking abilities.

Regardless of their preferred playstyle, a viable jungle champion must possess both the damage and survivability to clear their jungle without requiring help from their team. They should be able to provide sufficient utility either in ganks or objective teamfights to make their selection worthwhile.

How To Farm The Jungle 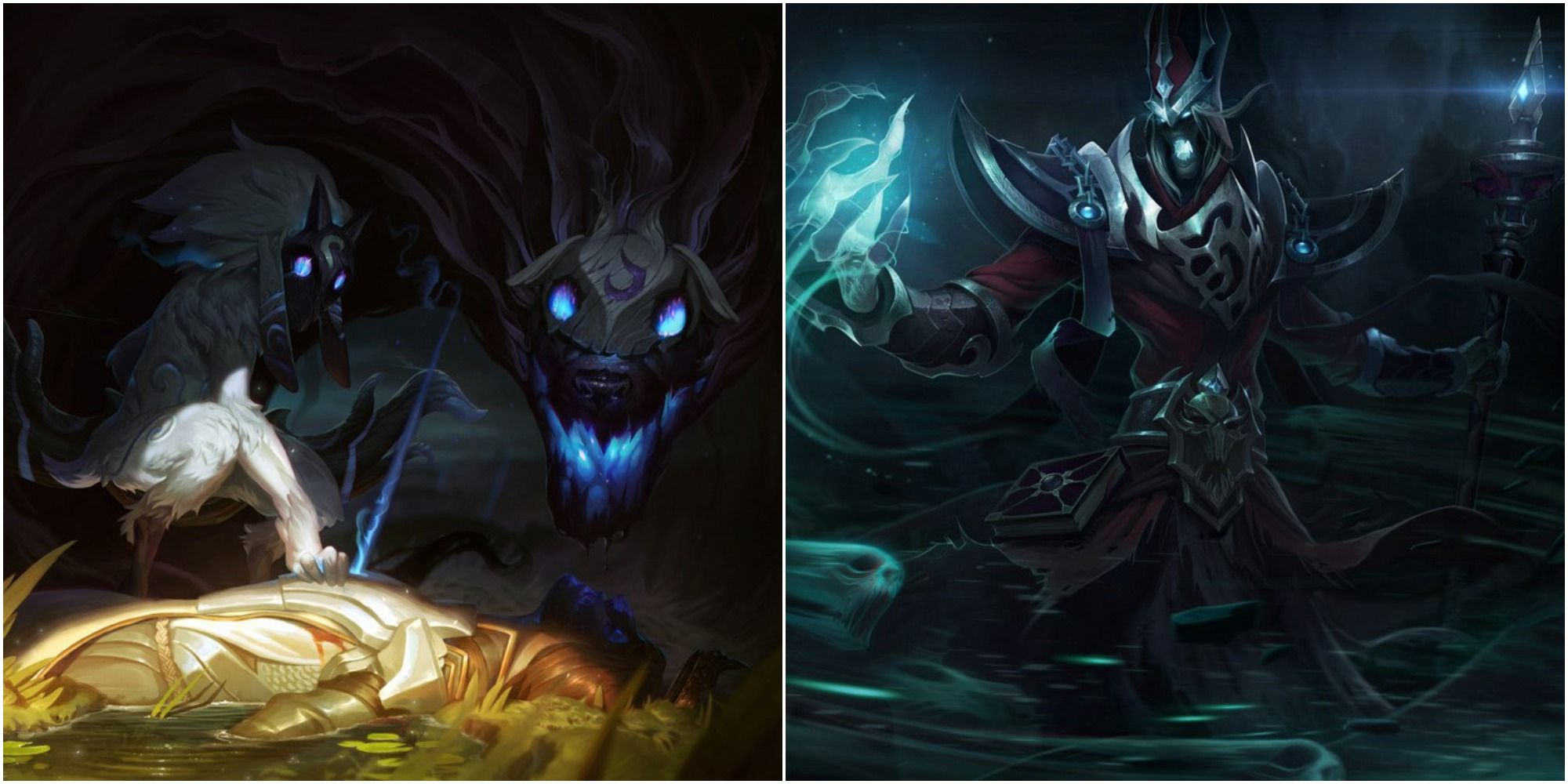 As a jungler, you are not given a lane in which to farm minions. Instead, you will have to earn gold through other means, such as clearing the neutral jungle camps found on both sides of the map.

The jungle monster camps you will want to farm are:

As the Rift Herald, Dragon, and Baron Nashor are considered large objectives, they have not been included, and are typically more difficult for a jungler to kill by themselves. However, certain champions can do this early in the game, as they possess either high single target damage or substantial healing or shielding. 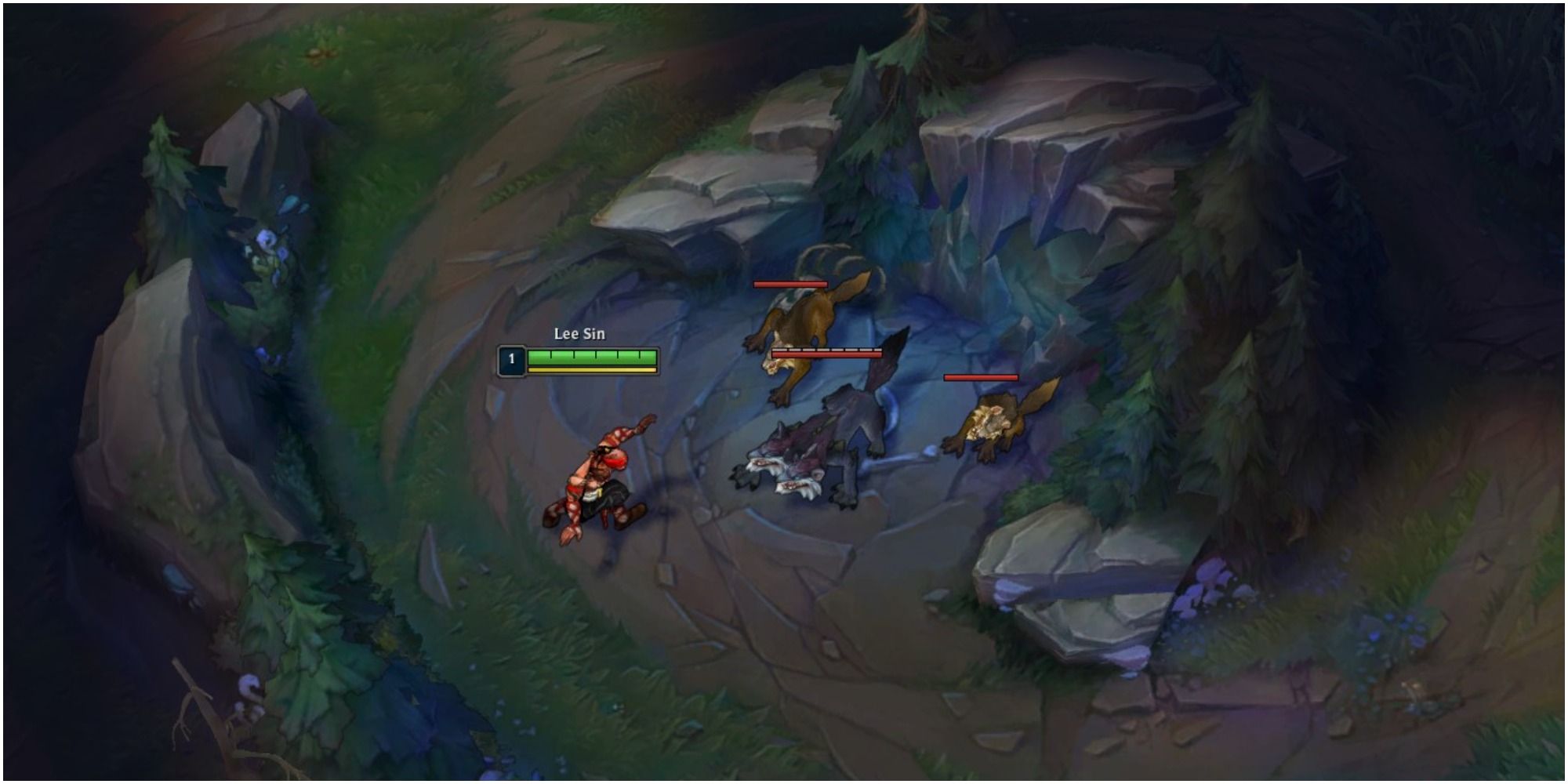 You should attempt to path through the jungle in such a way that you are left with sufficient health or mana to gank at the end. Working on your clear efficiency is extremely important, as it will prevent you from falling behind the opposing jungler. Don't be afraid to spend your mana on clearing, and don't save abilities in case you're counter jungled. Quickly killing the camps is much more important — your primary goal in the early game is to secure levels and gold, while setting yourself up for any potential ganks or counter jungling.

In addition to its camps, the map spawns three different jungle plants. These can aid your team in various ways, and stealing your enemies' plants can be a useful asset in helping you apply map pressure. These plants are:

Honeyfruit can be very useful for champions that struggle to retain health from clearing, while Scryer's Bloom can be used to check if an enemy jungler is approaching. 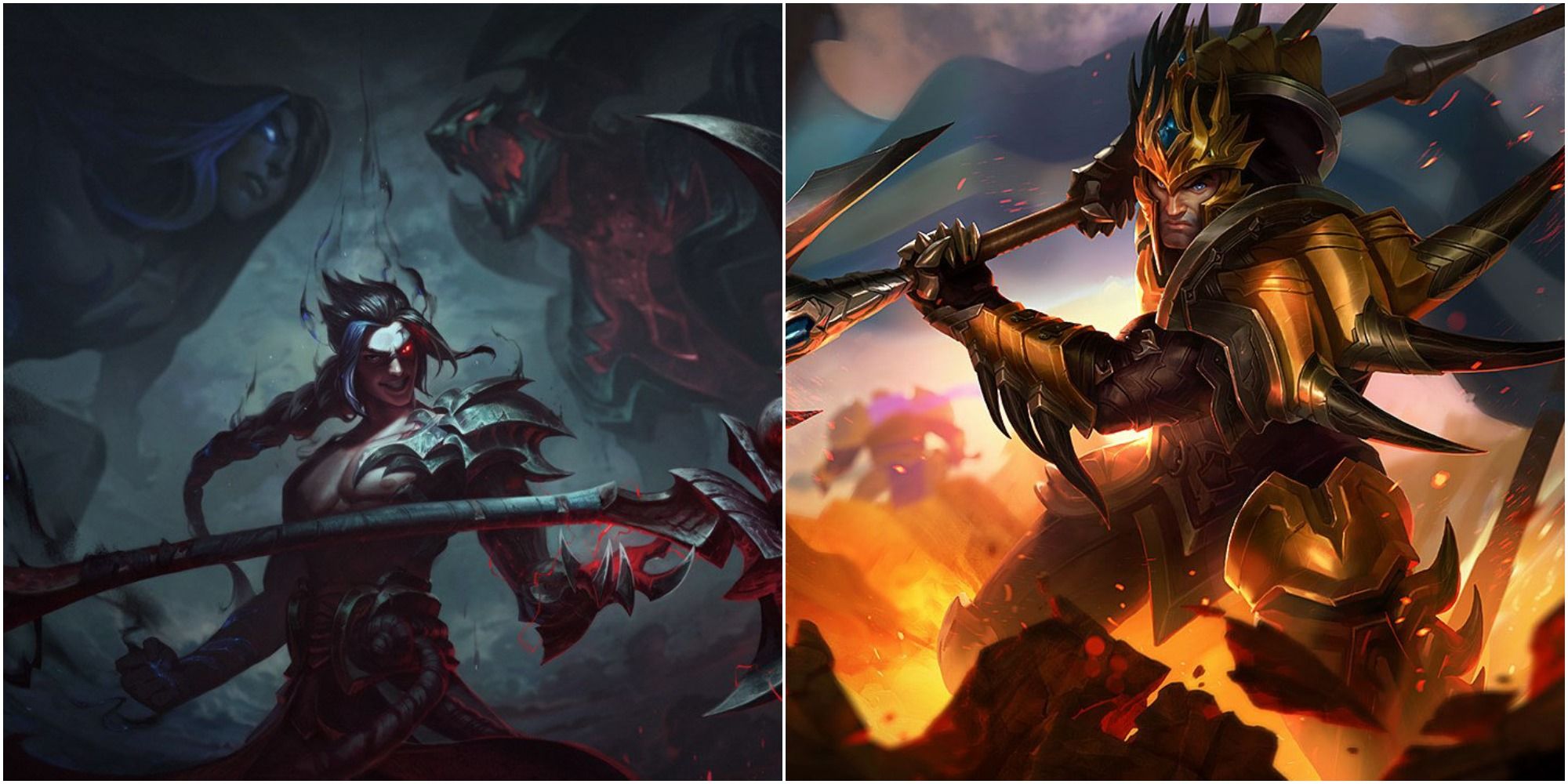 Ganking is one of the jungler's primary responsibilities, and well-timed ganks can completely turn a game around. The difficulty can come in knowing when and where to gank. Your lanes will typically all be demanding your support, and it will be up to you to decide where is best to concentrate your efforts.

A losing lane can seem like a perfect place to gank, as your laner will often be struggling against their opponents. However, it is very important to consider the game state. If the lane is too far behind, your presence can provide more harm than help, as granting a fed enemy extra kills is a surefire way of losing the game.

If a lane is extremely far behind, consider calling for a large team rotation, or abandoning the lane to fend for themselves. Trying to help a lost cause is not recommended, and despite the probable protestations, you are better off focusing on other lanes. 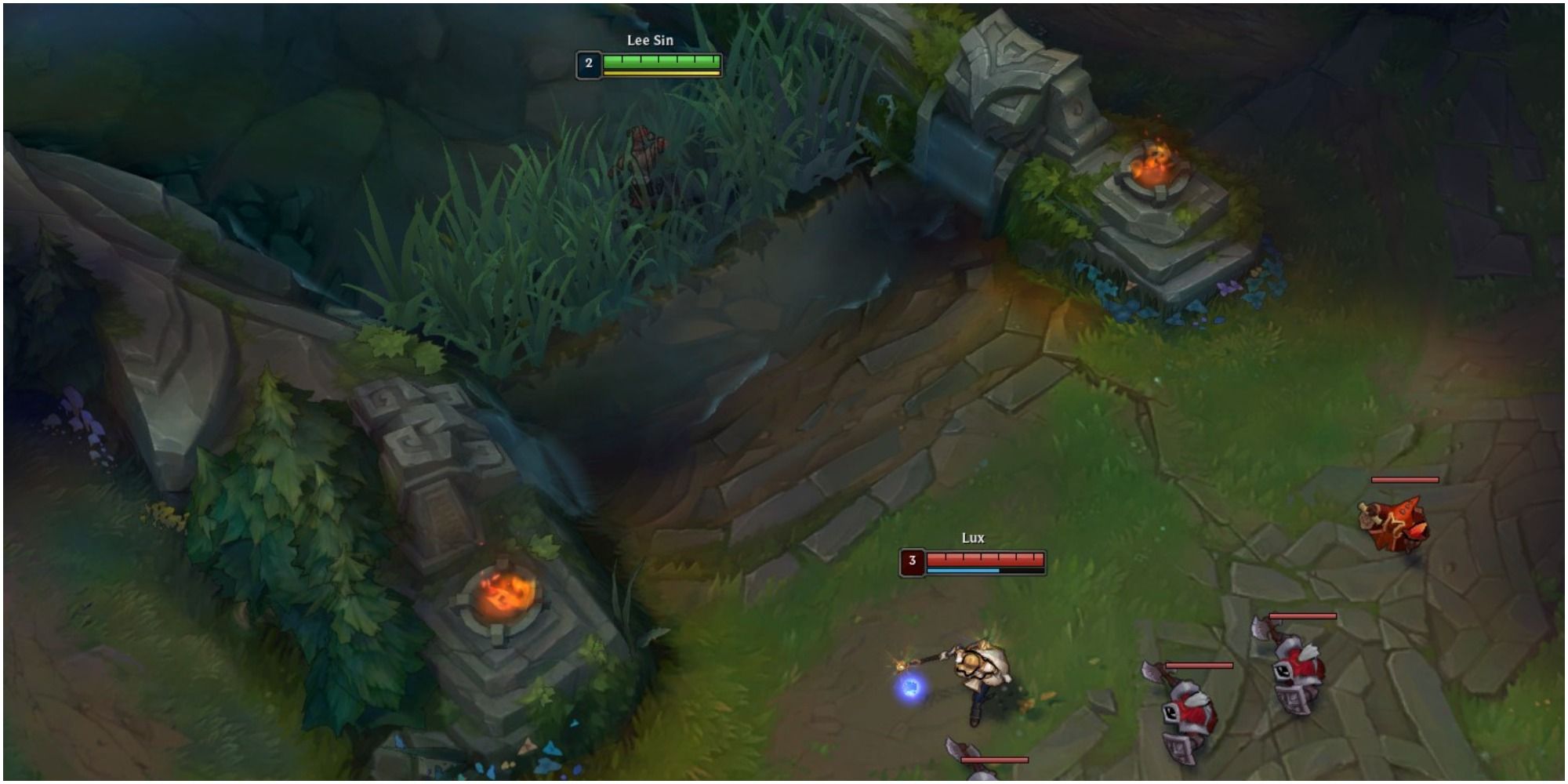 A winning lane can be great place to acquire gold and experience, and your laner can typically aid you in securing a kill. Piling on the misery for your opponents may seem cruel, but it can completely take a player out of the game, and funneling support into allies that are doing well is a strong method of allocating resources.

When it comes to lanes that are even, your ganks will be even more impactful, as a misplay can swing the balance in either direction. Approach with caution, and make sure you have recent information about the enemy jungler's location. Being counter ganked can be devastating, and try to help your team in securing vision of popular entry routes.

When entering a lane for a gank, ensure you have vision control of your own entry route. Sentry Wards are great for checking the enemy team has not seen you approaching, and good brush control is of paramount importance for champions such as Rengar that rely on an unseen attack. How far the lane is pushed will dictate the best way for you to enter, and circling around to approach your enemy from behind is the best way of preventing their escape.

To engage, a lot of junglers will use their movement abilities, but you should be aware of whom the enemy champions are, and in some situations is it often better to run up to them, and save your movement in order to catch them, should they attempt to flee. Try not to overlap your crowd control with that of your laners, and be aware that sometimes burning an enemy Flash is a good use of your time — it can allow your laner to secure a kill later down the line. 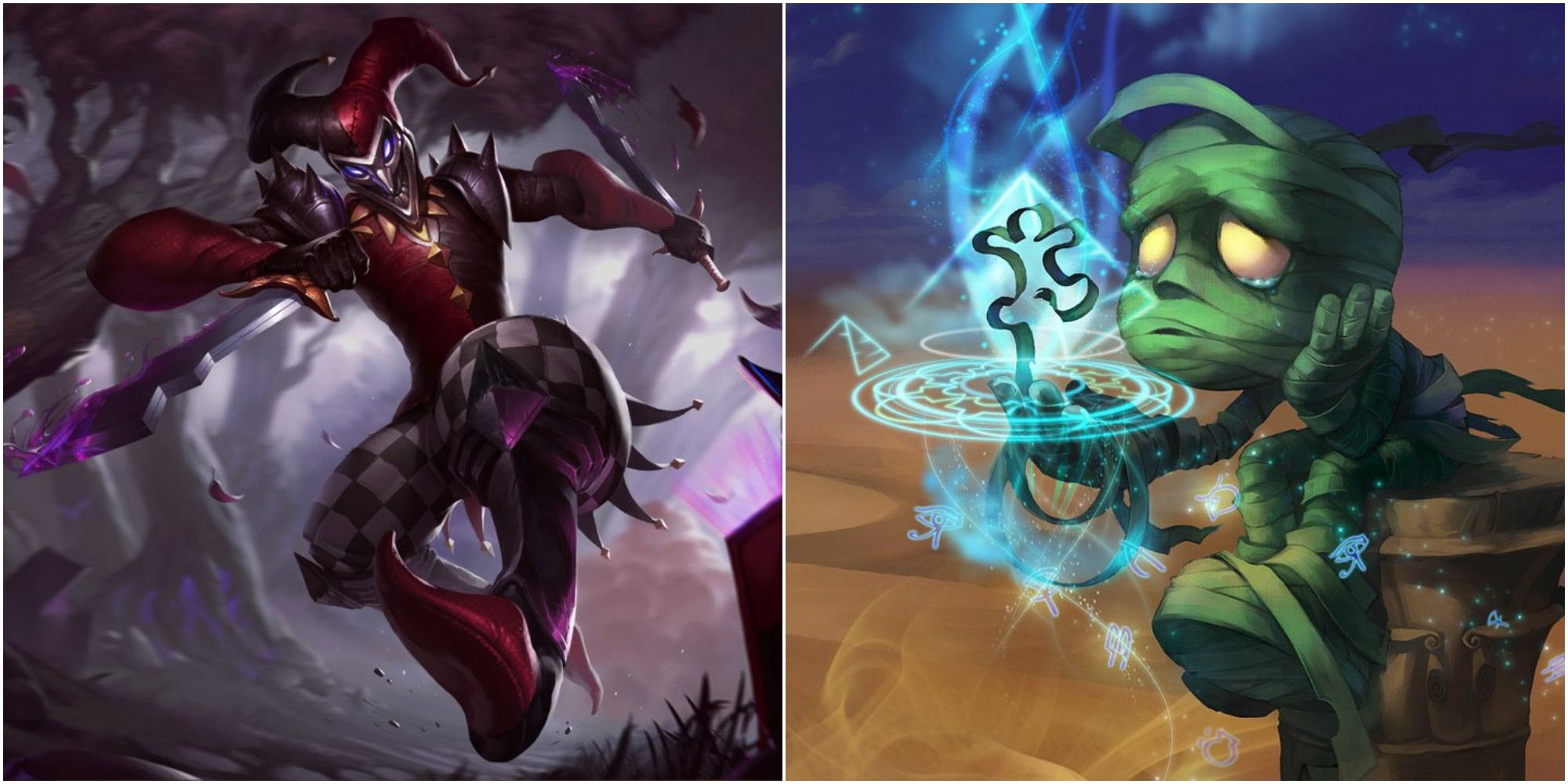 Certain champions excel at applying pressure to the opposition jungler, and can be a true menace if your team does not place proper vision. These champions will look for aggressive plays, and you should take extra care when clearing camps, as you may be attacked much earlier than you might expect.

When you are the one doing the invading, you can attempt to steal enemy jungle camps. However, while it may seem optimal to fully clear the camp for to maximise your gold, it is in fact far better to leave the smallest monster alive. This will prevent the camp from starting its respawn timer, and will block the enemy jungle from resetting. This will actually cause the enemy jungler to lose more gold in the long term, and you can use this method to build a lead from farming alone.

If you encounter the enemy jungler, you need to be aware of two things:

If the enemy believes they are stronger, they will often aggressively chase you down, and retreating to your closest lane can help you turn the tables on your pursuer. If you can win the duel, then go for it, but being solo killed will only encourage further invasions, so be careful.

A good time to invade is typically after securing a kill on an enemy laner or jungler. This will free up enemy map pressure and allow you to take some uncontested camps and secure vision.

Invading without vision is very risky, as enemy laners can collapse onto you, so try to only invade through safe routes and withdraw if you see an enemy leave their lane towards you. 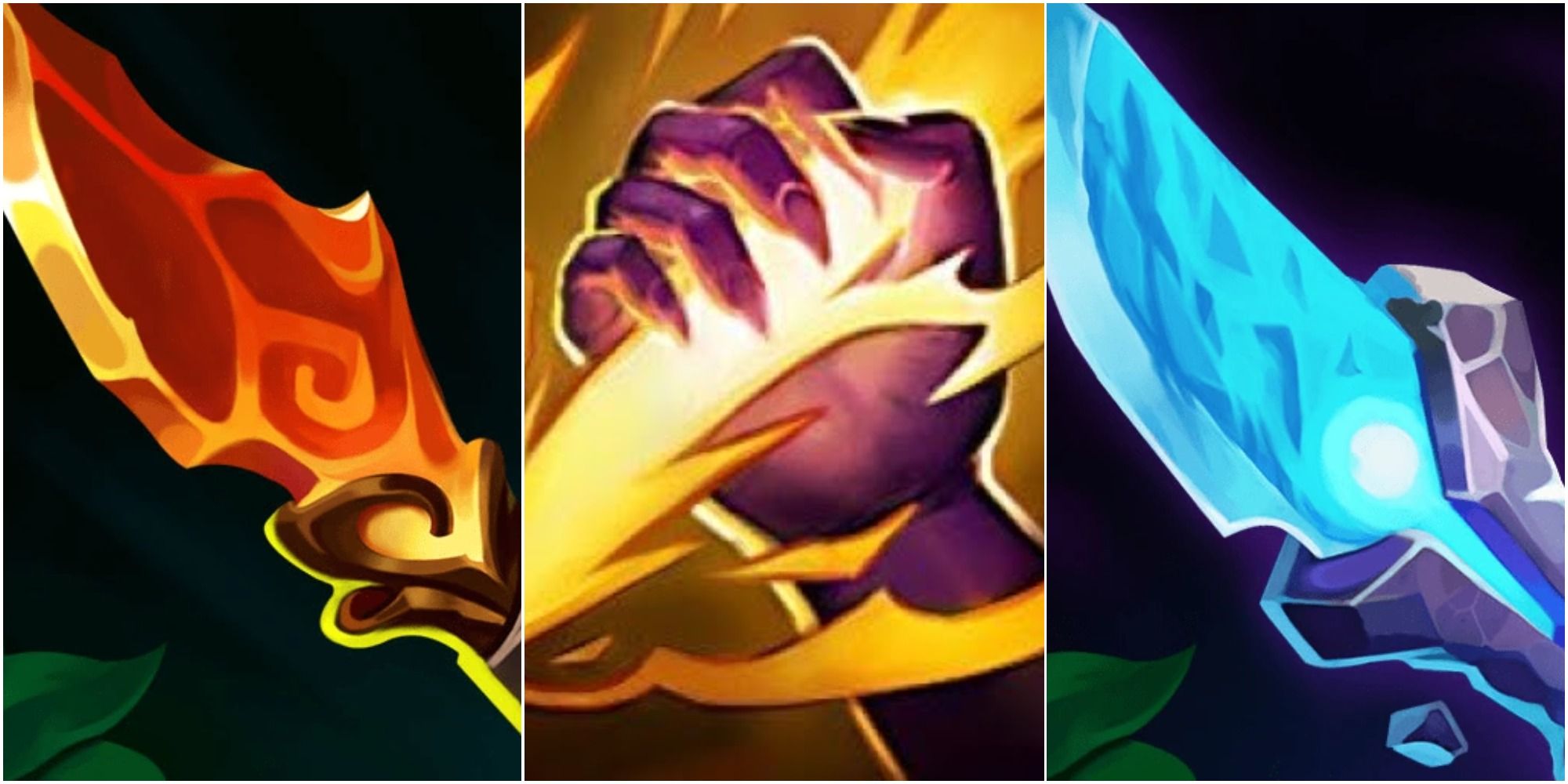 As a jungler, one of your summoner spells will always be Smite. A pivotal tool for helping you clear jungle camps, it can also be used to secure larger objectives such as the Dragon. It will deal instant true damage to a minion or monster, and should be used at exactly or below the correct health amount in order to gain the killing blow.

At all stages of the game you need to be aware of exactly how much damage your Smite will deal. Try to use instant high-damage abilities in conjunction so you can secure kills, such as Nunu's Consume. Last hitting the objective is extremely important, as it will grant your team a powerful buff, and the responsibility for securing these lies upon the jungler.

Stealing an objective with Smite will make you extremely popular amongst your team, and can even be worth dying for, as denying the entire enemy team a Baron buff in the late game can prevent them from making a game-winning push. 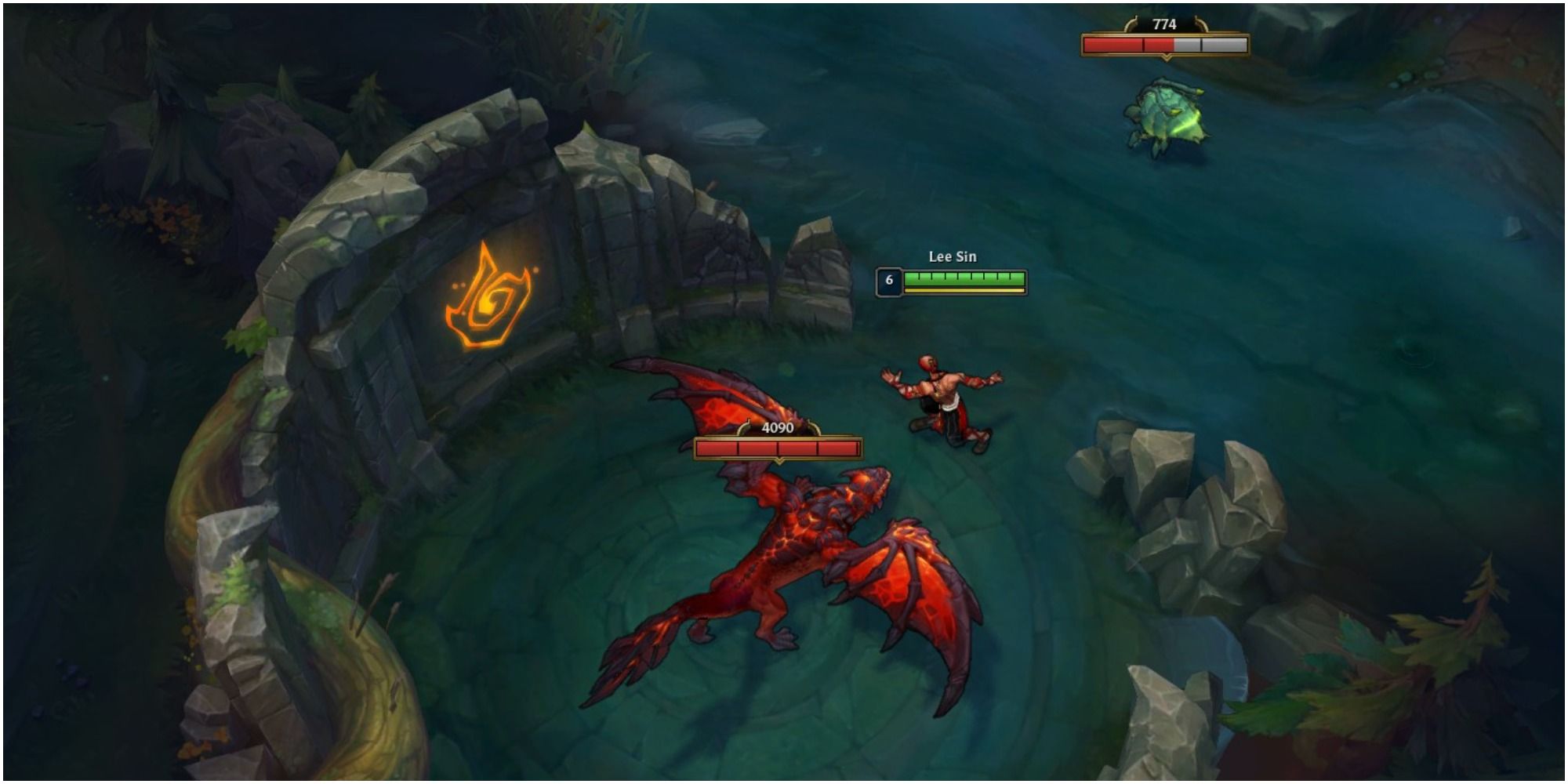 A jungler will either start with the Emberknife or Hailblade item, which will upgrade your Smite into an enhanced version after using it five times:

Either item is useful, and your choice will largely depend on your playstyle. A gank-heavy build will typically favour Chilling Smite for the slow, whilst a counter jungler will want Challenging Smite for its increased dueling potency.

Both items also provide extra damage against, and experience for, killing neutral monsters, making them a vital item for any jungler. Further itemisation will heavily depend on your champion, how much gold you have managed to accrue, and also your role within the team.