When you start playing any video game, part of the fun is exploring every nook and cranny of the map, searching for secrets and collectibles. These collectibles could grant you special abilities or just be a purely cosmetic item; either way, the hunt is part of the fun.

In Little Nightmares 2, fans should keep their eye out for two types of collectibles: hats (that Mono can wear) and glitching remains (which are basically the ghost from children). And while each game chapter has its own share of things to find, there are also missable achievements/trophies you can obtain. Here is a guide on how to unlock them. 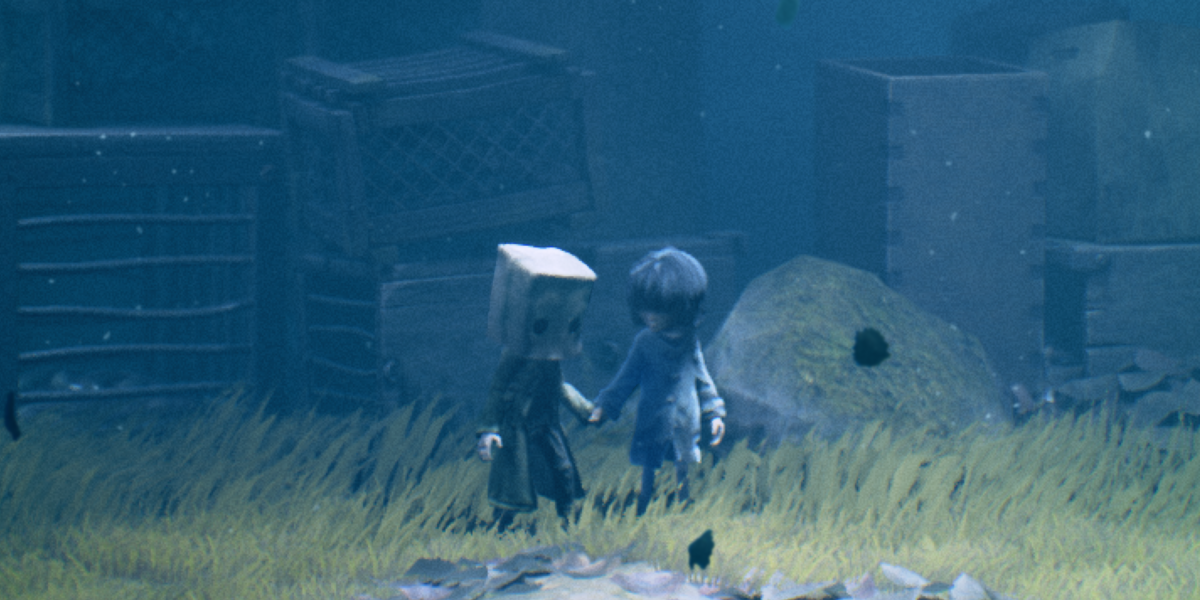 The game’s first chapter is all about waking up and finding your way through the forest, eventually entering a house where you’ll find your companion for a good chunk of the game: Six, the protagonist of the previous games. You’ll then have to escape from the terrifying hunter that lives in that area. In this chapter, there are three missable achievements/trophies. 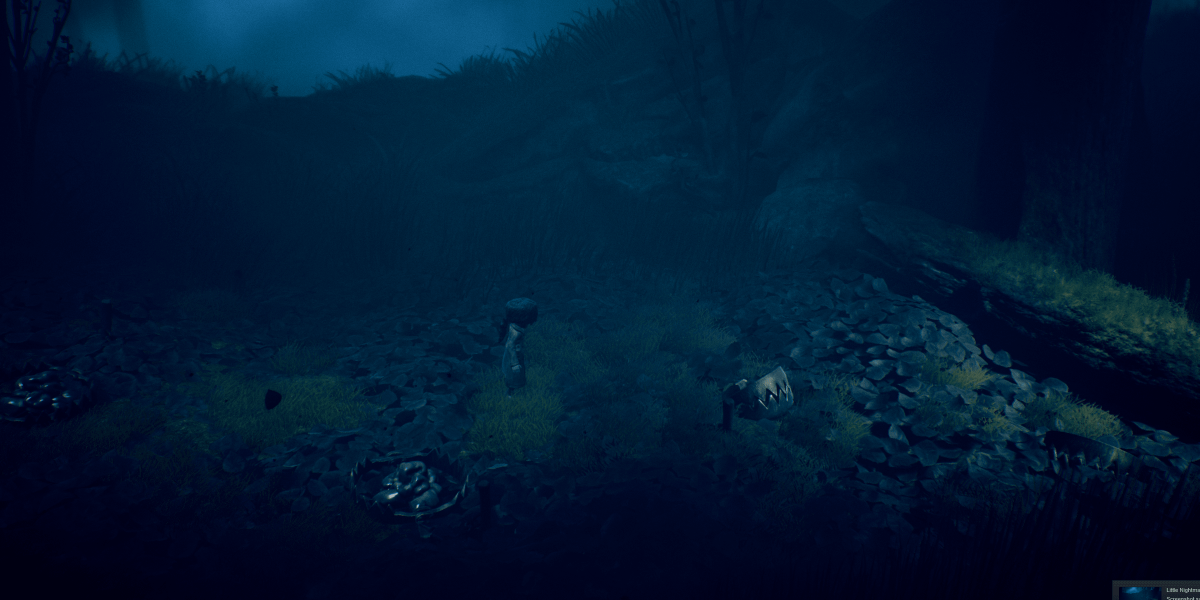 During the first moments in the game, you’ll have to traverse a segment of the forest that’s covered in bear traps. The problem is that the traps are hidden behind old tree leaves, so it’s really hard to see them.

The trick here is to take something and throw it where you want to walk, so if there is a bear trap in the area, it will activate itself and the ones near it. Anyway, to get the “Evasive Prey” achievement/trophy, you’ll have to get through this area without being killed. 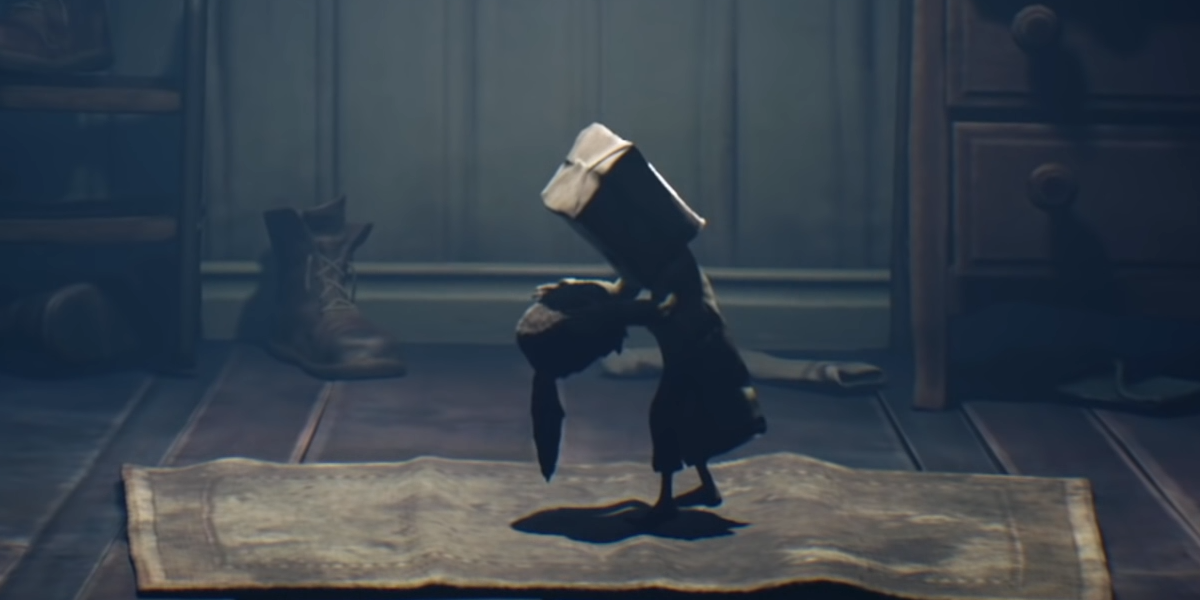 To unlock this one, you’ll first need to get the coonskin cap that’s lying around inside the hunter’s house. To get the hat, enter the house, then exit the kitchen, go down, and into the area on your left. The hat will be in the middle of the room on top of the rug.

Now that you have the hat, you must equip it immediately and continue playing the rest of the level with the hat on; doing so will unlock the achievement/trophy.

What’s In The Box 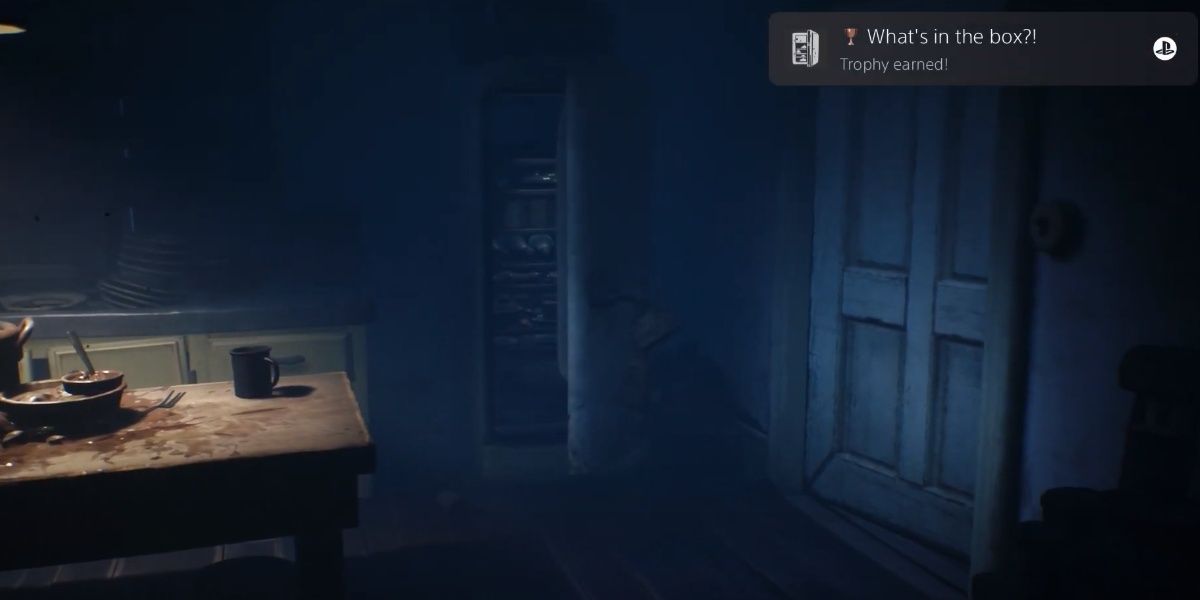 This one is super easy, just go to the kitchen area inside the hunter’s house and open the fridge in that room. 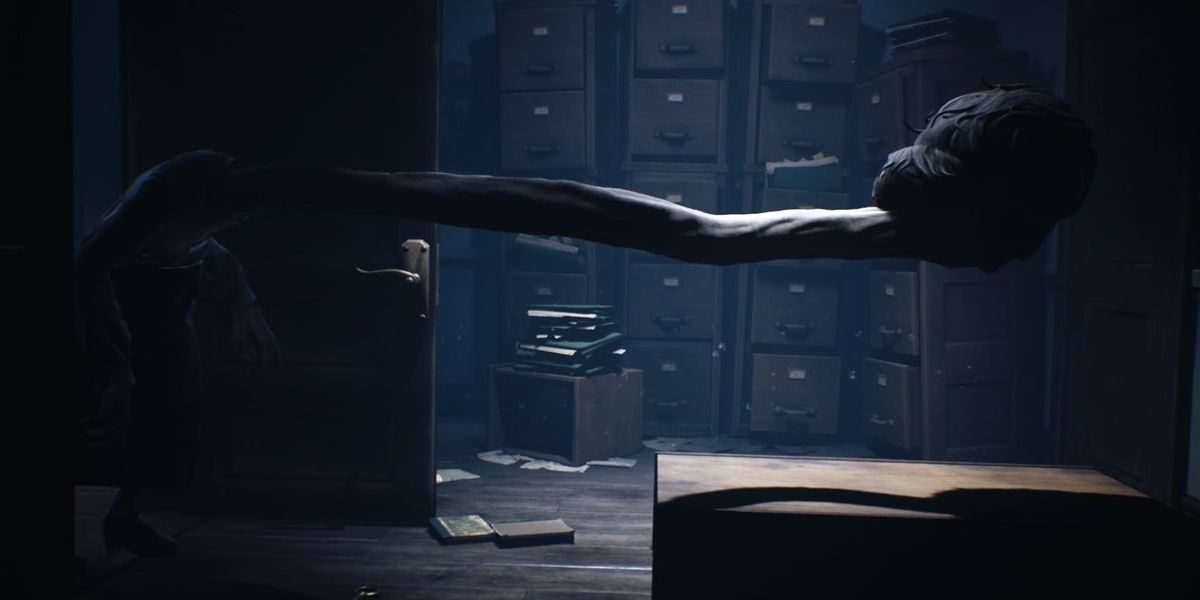 This chapter is the longest one in the game, and it centers around the school, its terrifying teacher, and the students that go there. In this chapter, there are five missable achievements/trophies. 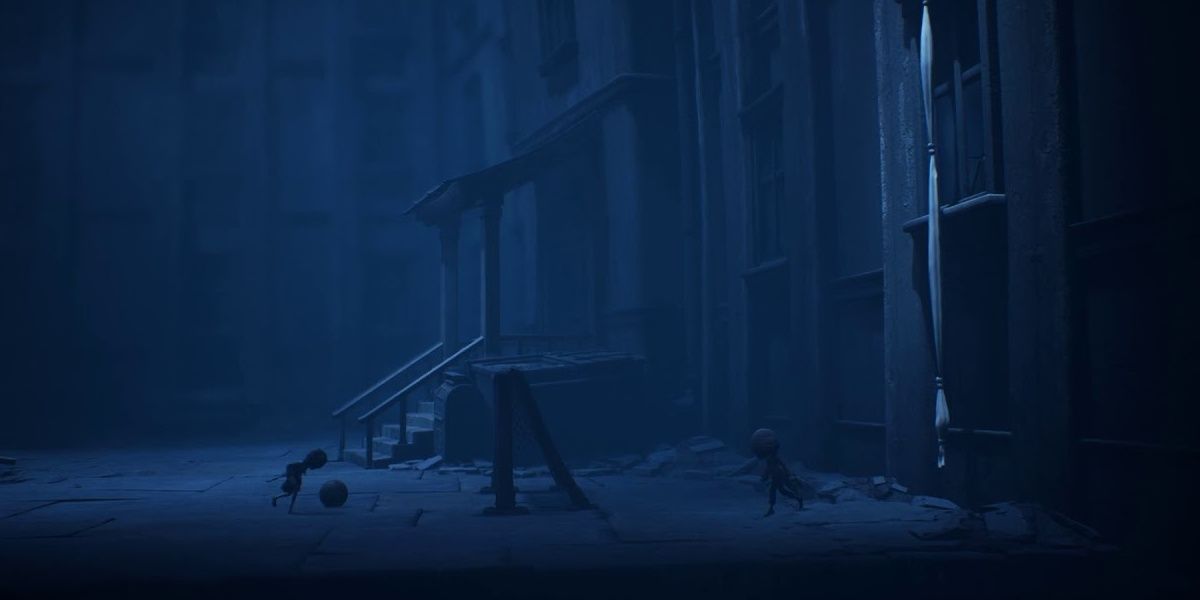 This one is unlocked by doing something most people wouldn’t think about doing in this game: playing soccer. To unlock this achievement/trophy, find first the Ripped Ball hat in the school’s playground (it’s on top of the dumpster near the main door).

Once you equip Mono with the hat, simply run into the soccer net in the area. 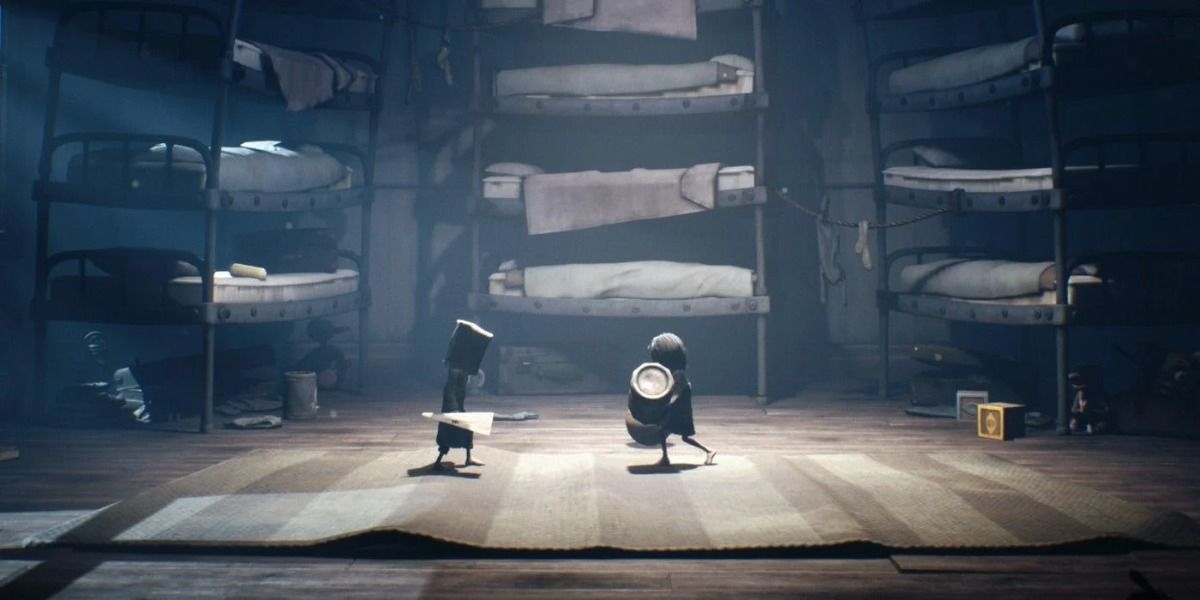 Remember when you were bored, and you made a paper airplane to pass the time? Well, this achievement/trophy wants you to do just that.

After entering the school, you’ll eventually find yourself in a room filled with bunk beds and children’s toys. In this new area, you have to look for a paper airplane lying on the ground. Pick it up and threw it out the window to “make it fly.” 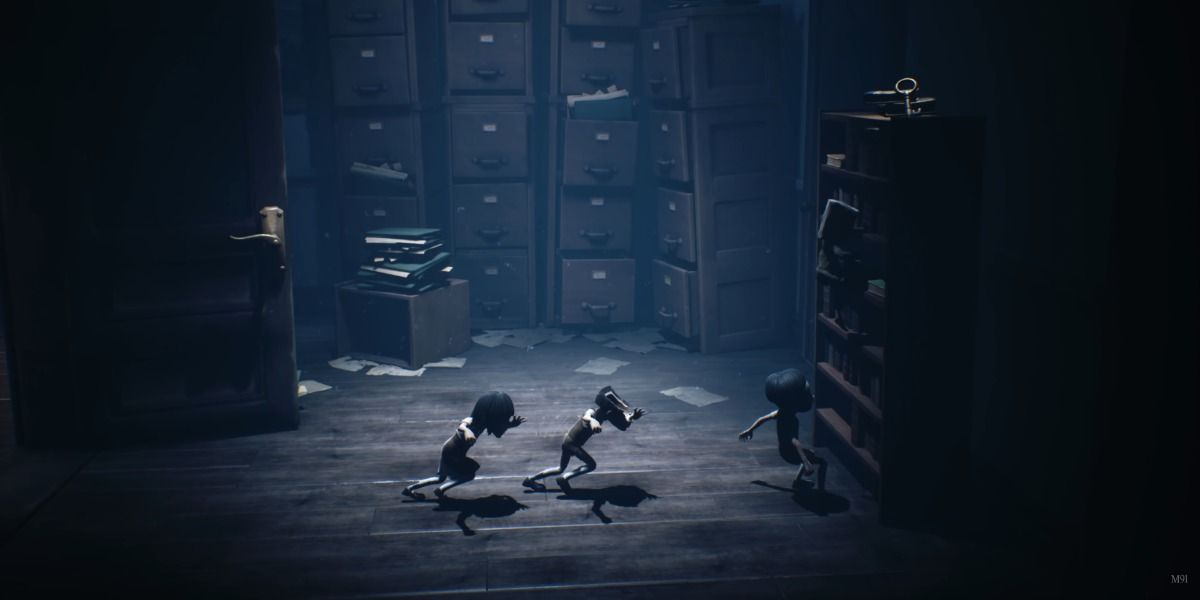 As the title suggests, unlocking this one involves causing a little bit of trouble. When you reach the classroom, you’ll see that you have to sneak around without the teacher seeing you. However, this doesn’t apply to the students.

You’ll have to alert the students of your presence, and this will make them chase you around, guide them to the room on the right, and then climb the bookcase to make it fall on the students. Just make sure to jump off before it falls down. 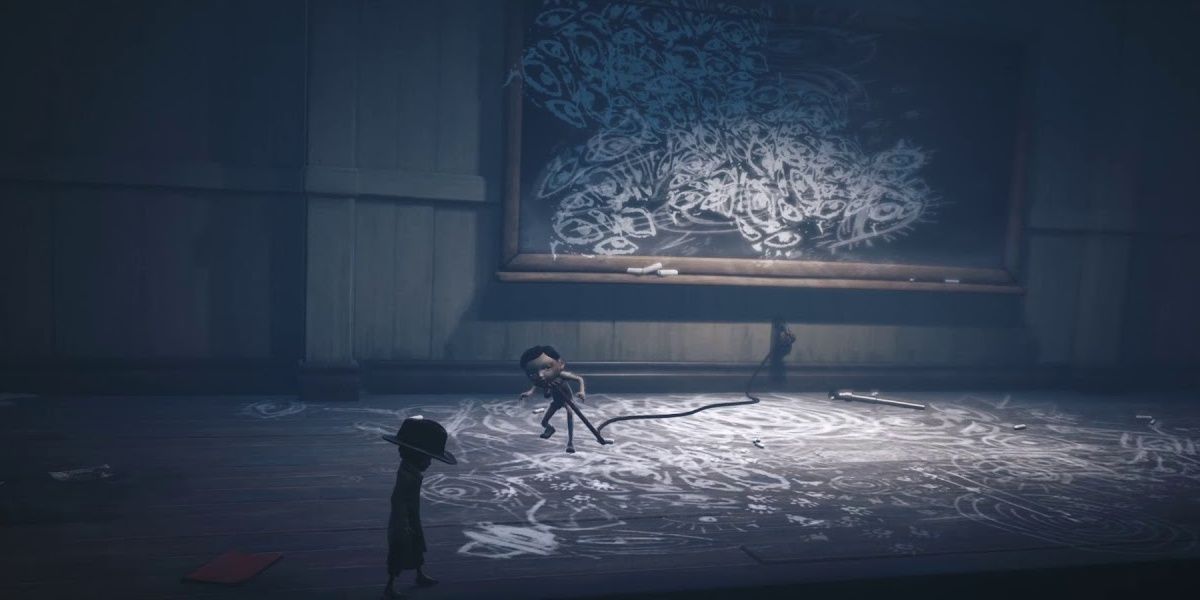 After the classroom bit, you’ll encounter a room where a student is tied to a rope while drawing on the floor. You could hurt him as you’ve done with the rest of the students you’ve encountered so far. But, if you want to unlock this achievement/trophy, just grab the pipe that’s lying on the floor and get out of there without hurting the kid. 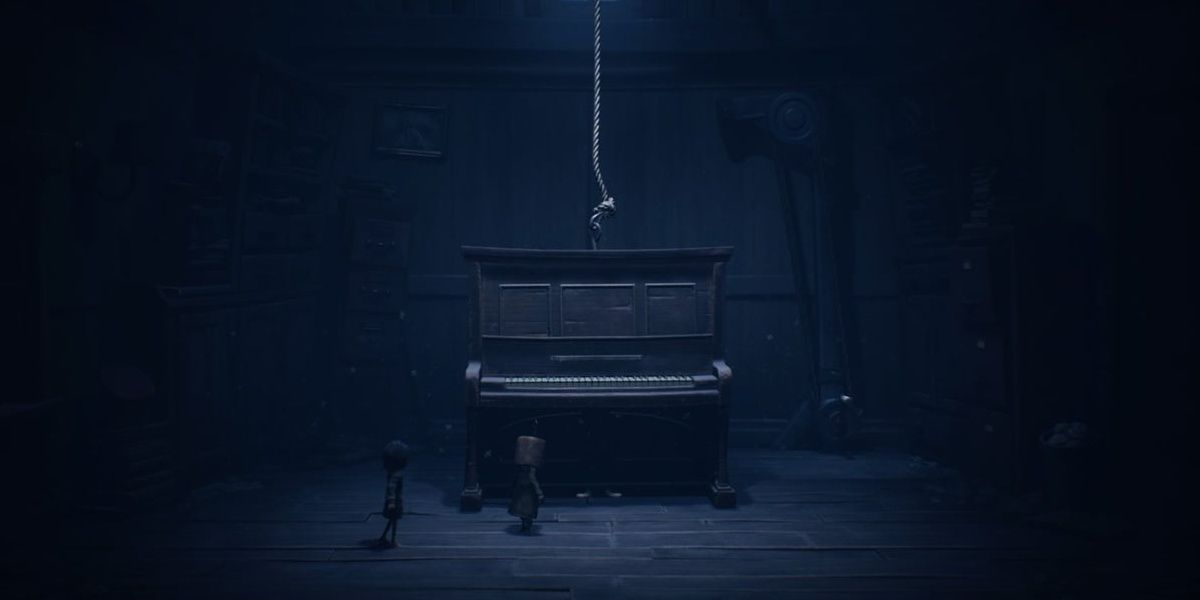 Eventually, you’ll find yourself inside a room that has a piano. Just run across the piano keys more than once to unlock this one. 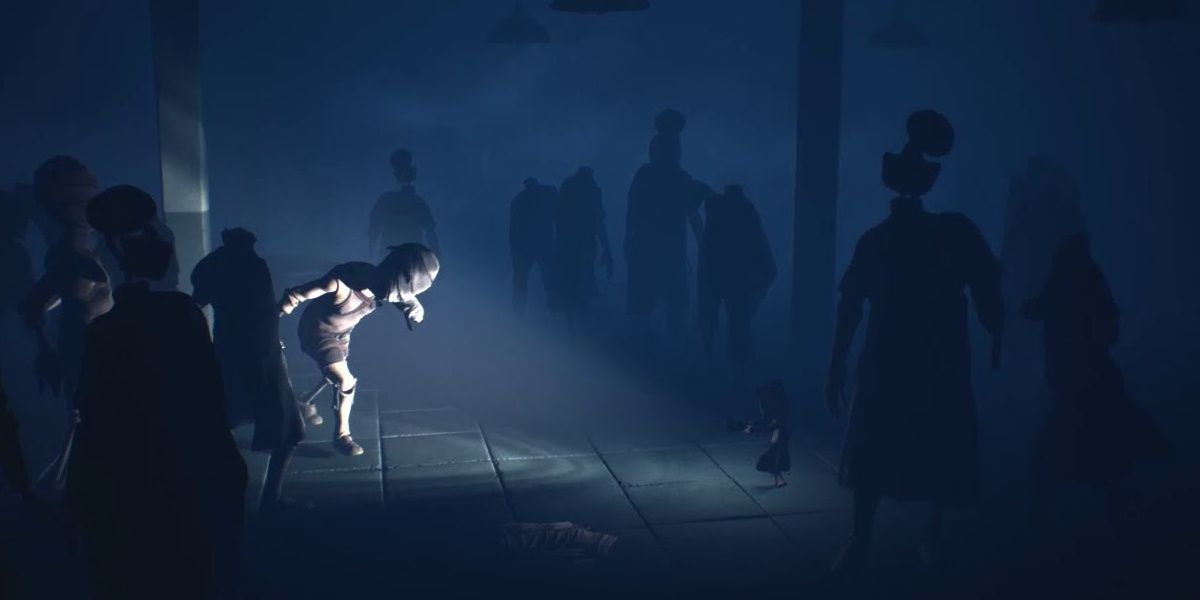 This one takes players to yet another location, The Hospital. Hospitals are creepy in real life, so you can only imagine how scary a hospital in this game will look like. In this chapter, there are seven missable achievements/trophies. 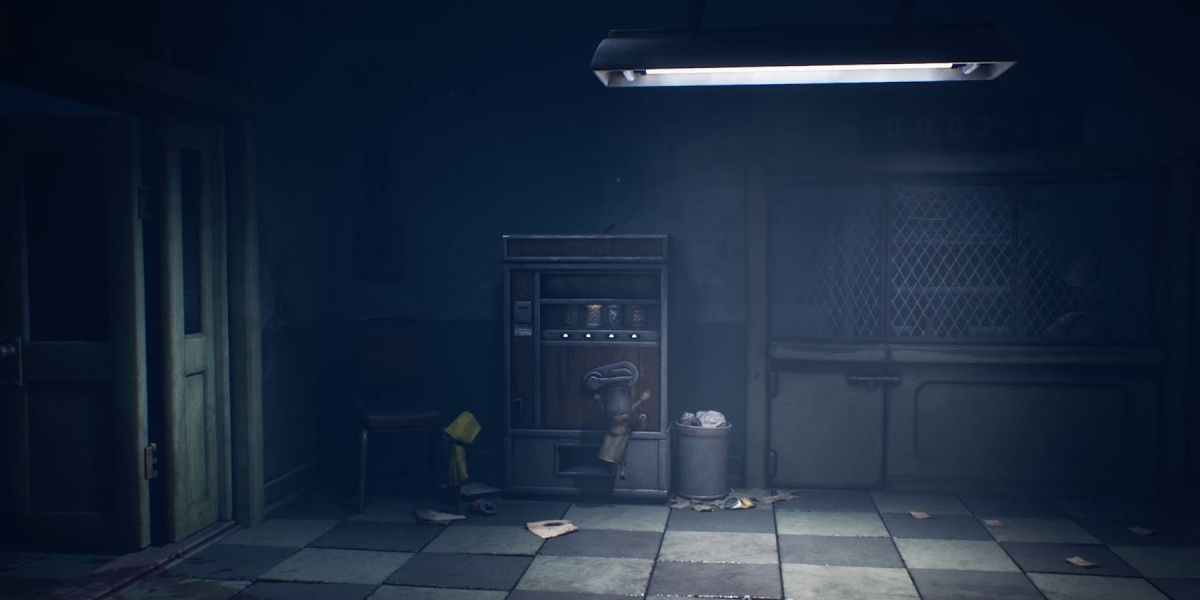 Inside the hospital, you’ll eventually find a lobby that has a vending machine to the left. To unlock this achievement/trophy, interact with the machine at least five times. 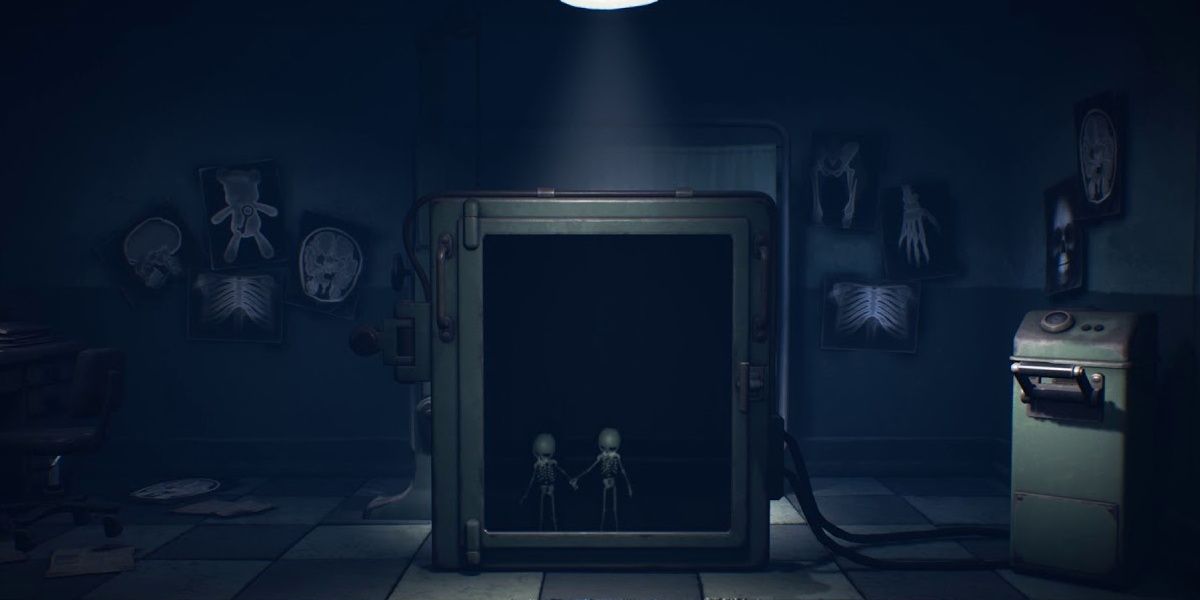 This one requires Mono and Six to play around with the big x-ray machine in one of the hospital rooms. Just find the machine, turn it on, hop inside and have the two characters hold hands. It looks like two skeletons holding hands, but it’s still a cute moment.

Toys Are For Kids 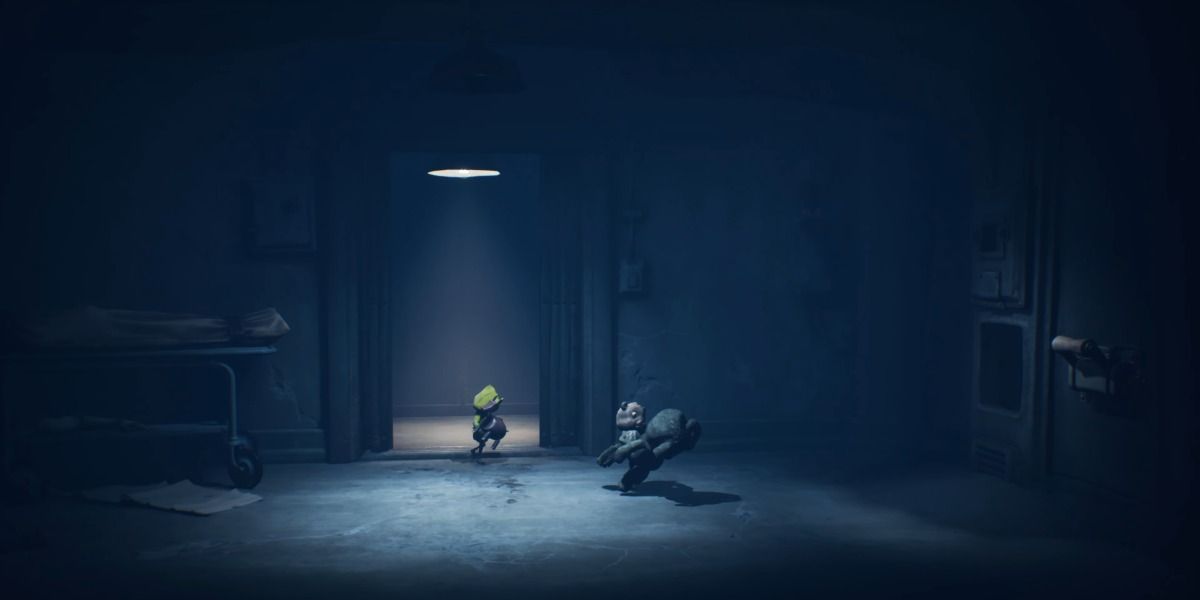 During this chapter, you can find a teddy bear hat for Mono to use. This hat will be inside the room with kids’ drawings on the walls; just climb the shelves on the right and grab the hat that’s on the top one.

Afterward, equip the hat and find the teddy bear that has inside the key you’re looking for inside. Burn the thing in the incinerator while Mono is still wearing the hat, and you’ll unlock the achievement/trophy. 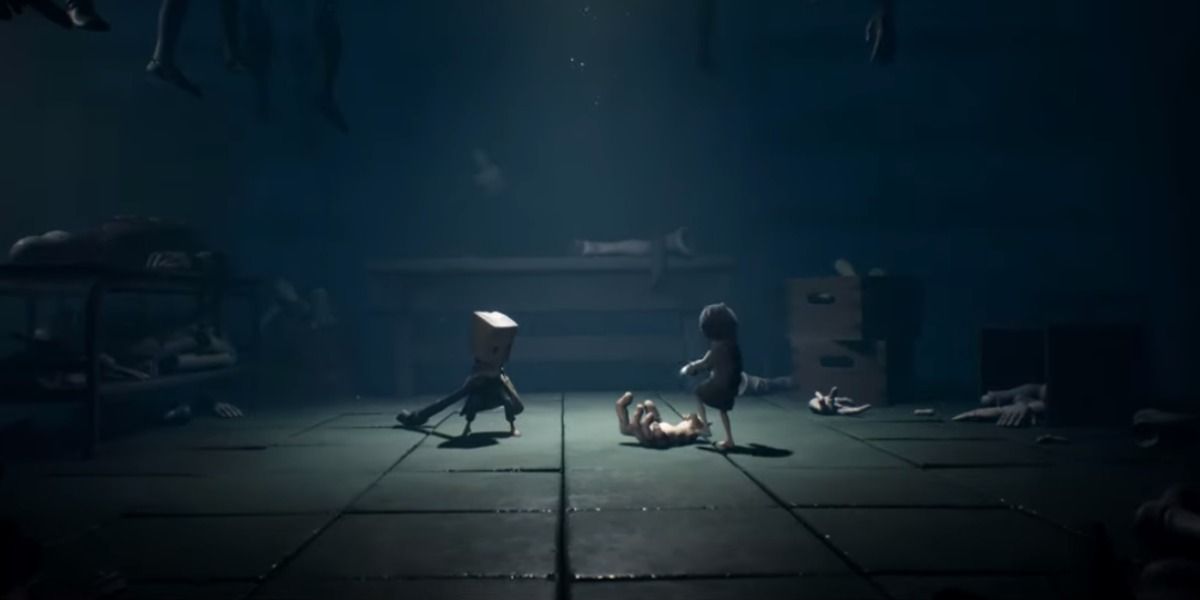 In an unexpected turn of events, there will be a killer hand popping in different areas of the hospital trying to, well, kill you. Just do your best to avoid it every time, and eventually, you’ll get the chance to kill it using a hammer. However, to make sure that it is really dead (and to unlock the achievement/trophy), you must keep beating the hand several times. 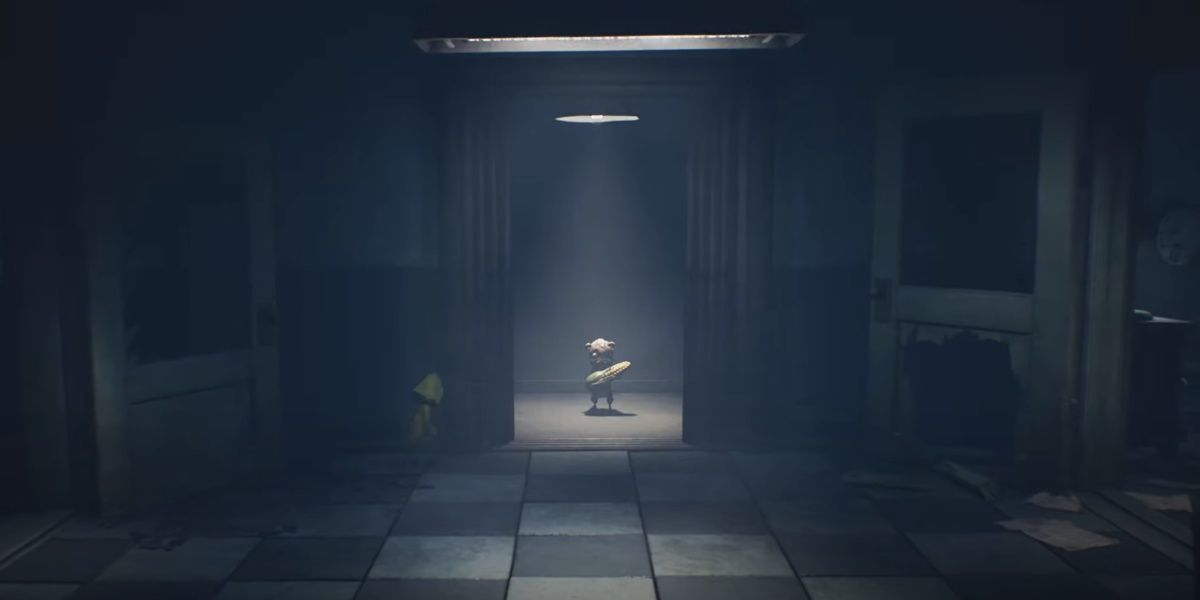 At some point during the game, you’ll enter a room that has a wheelchair in it. Next to it is a corn cob; grab it and take it to the incinerator to make popcorn and unlock this achievement/trophy. 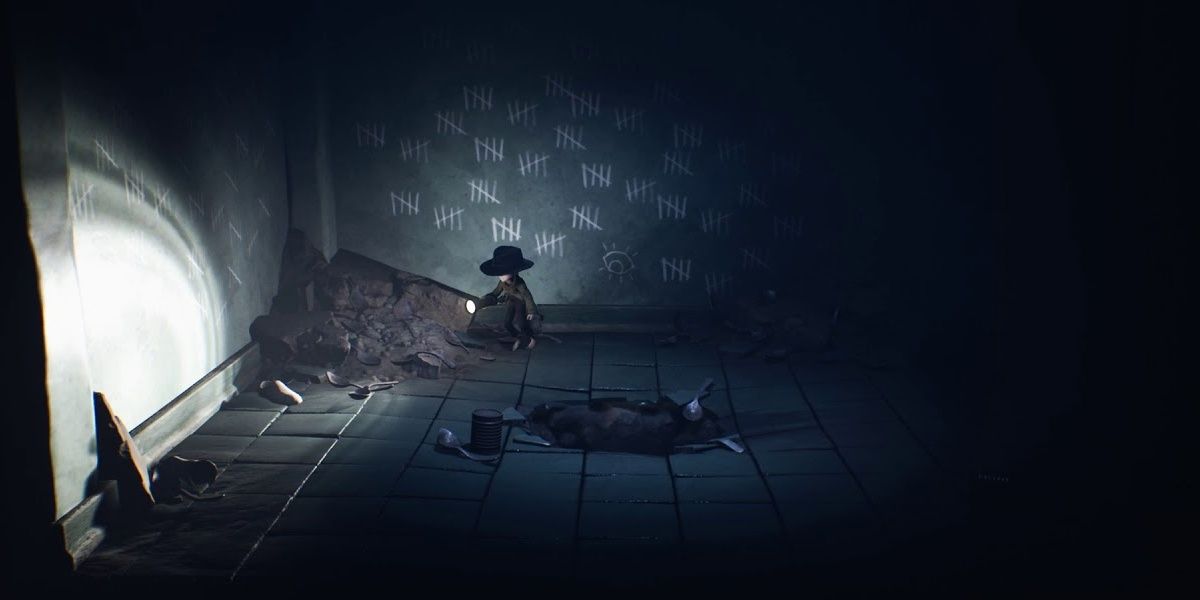 While exploring the hospital, you’ll find yourself in a cell area after crawling through a vent. In this place, you’ll see a piece of cheese lying on the ground next to the bed. Pick up the cheese and go outside of the room.

Go north, and you’ll see some bars you can cross through the gap they have, then go to the room on the left where you’ll find a hole, toss the cheese into the hole to unlock this achievement/trophy. 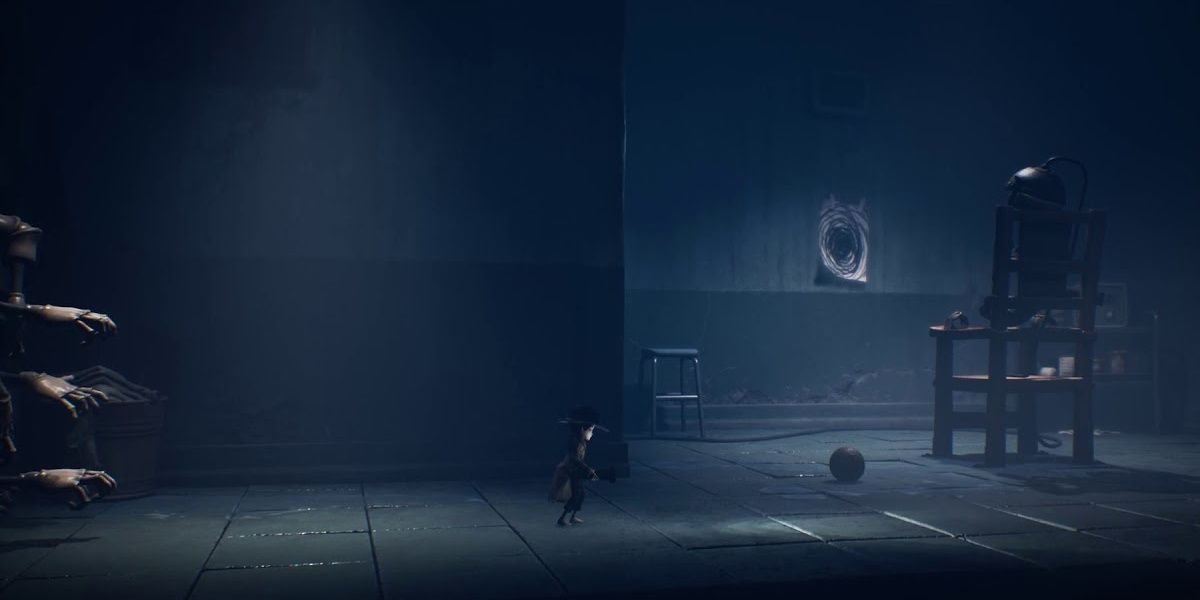 In the hospital you’ll find a room with an electric chair inside, in that same room there’s a ball on the floor you’ll have to pick up and then go back to the previous room where the arms were trying to reach you. Once there, toss the ball at the arms.

First Do No Harm 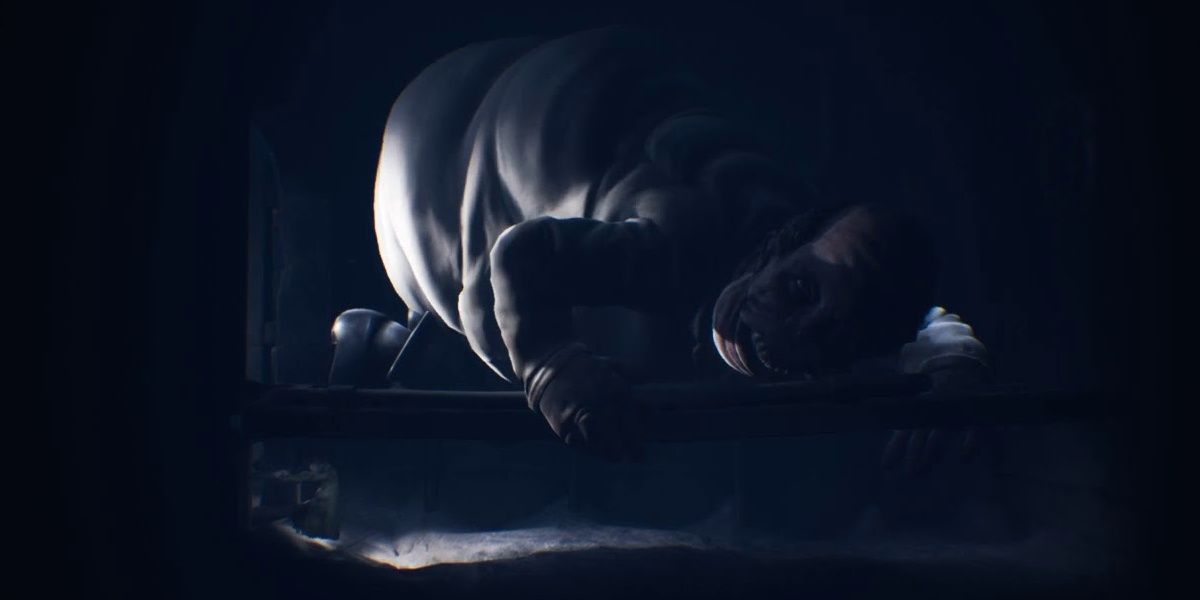 After locking the doctor inside the incinerator, you could turn it on to kill him. However, to unlock this achievement/trophy, you’ll have to leave the room without turning on the incinerator and hurting him. 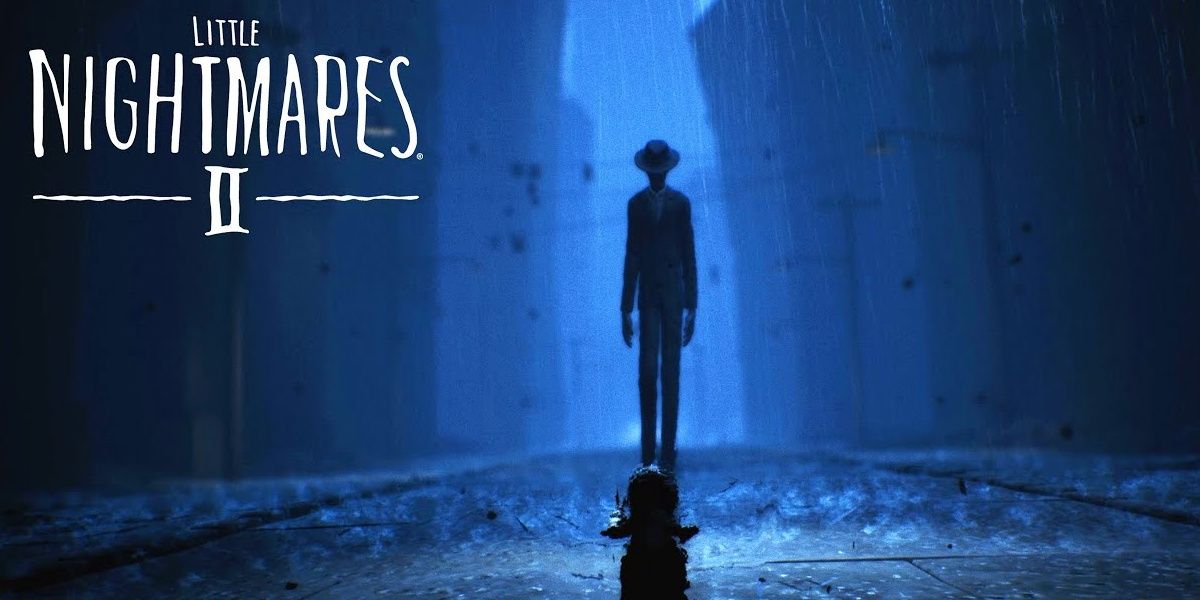 This chapter is the final one in the game, and it will take players to The City, where you’ll find the game’s main villain, The Thin Man. In this chapter, there are two missable achievements/trophies. 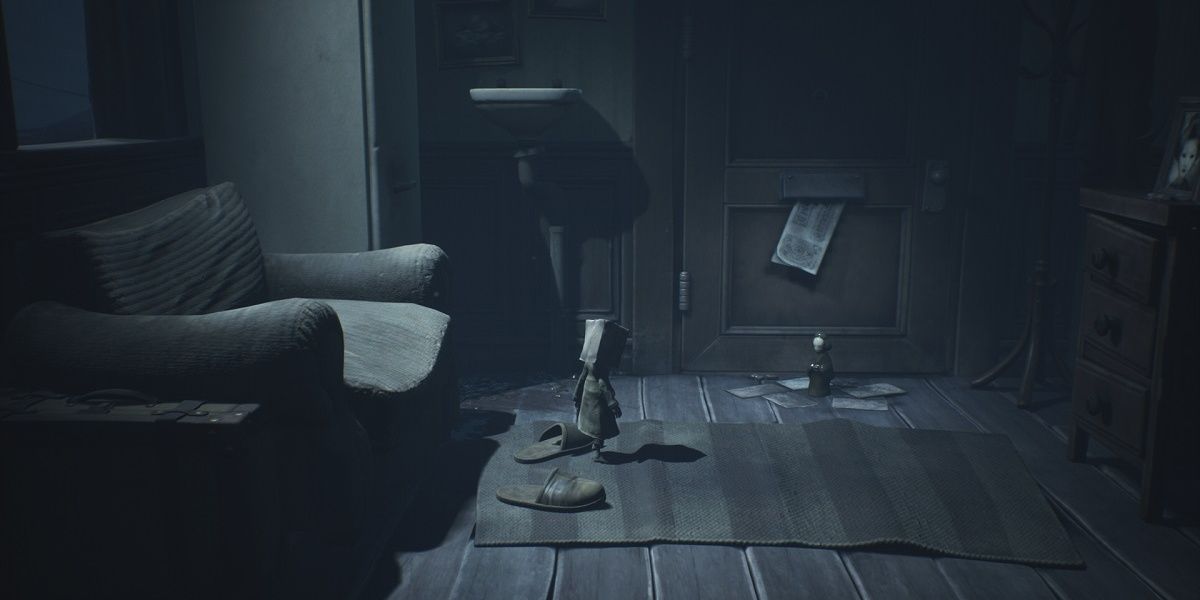 Inside one of the city’s buildings, you’ll find a porcelain doll that looks just like the lady villain from the last game. To unlock this achievement/trophy break the statue by throwing it at something. 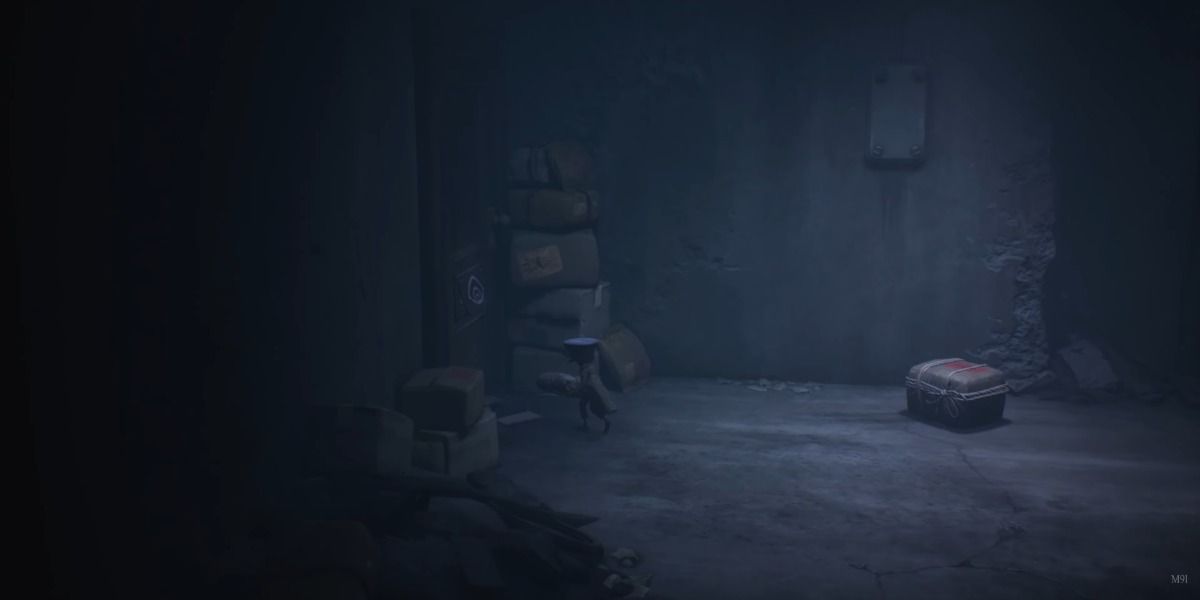 To unlock this puzzle, you’ll have to equip the Postman Cap that you can find in the mailroom during this level. Once Mono has the hat on, go to the garbage disposal room and find the package that’s inside a suitcase.

Grab the package and head over to the apartment that’s on the left. Once there, a hand will appear through the mail slot and grab the package.

NEXT: Little Nightmares 2: The Story Explained 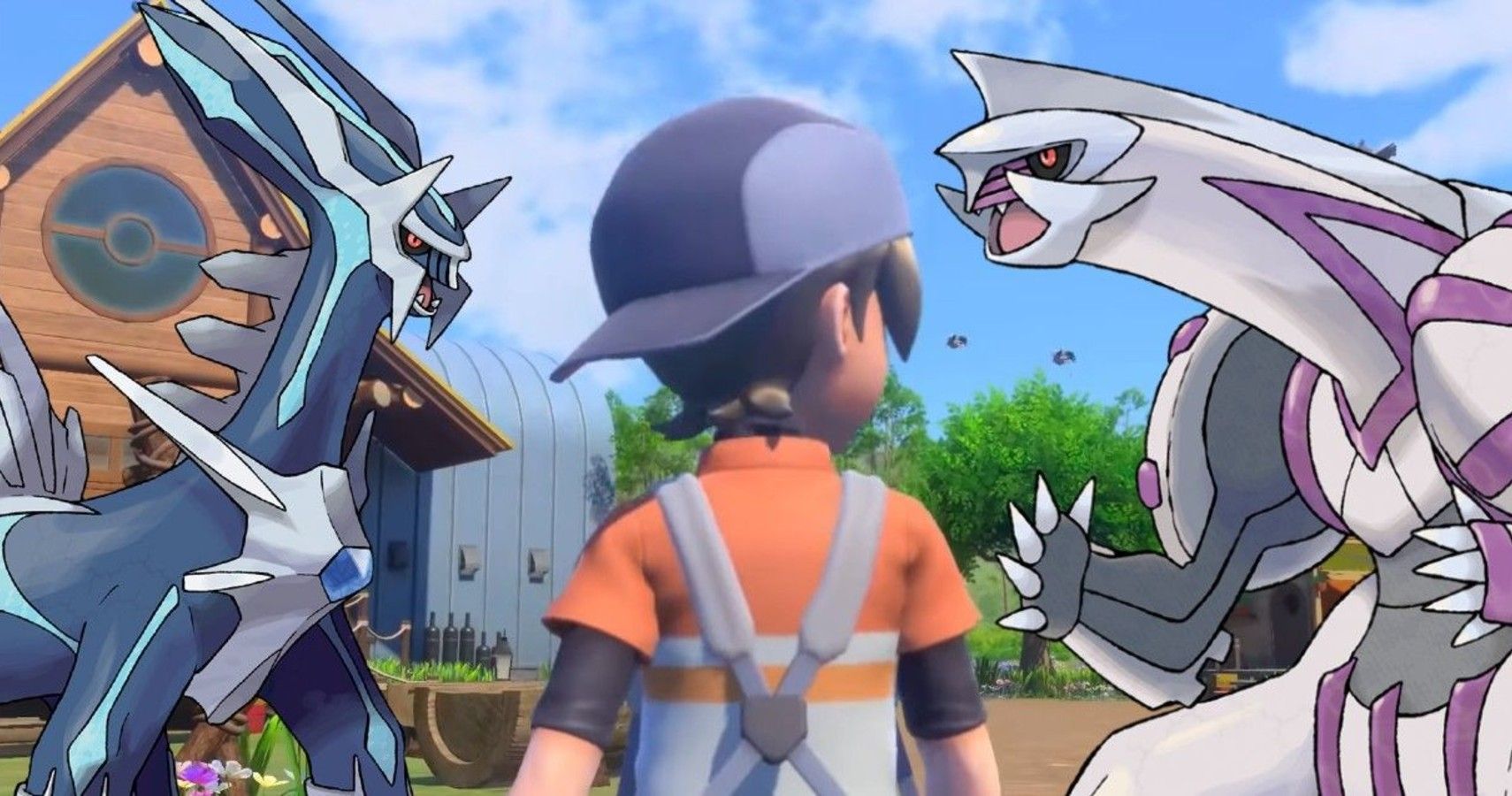