Even though Lost Ark’s story might feel excruciatingly long, it certainly isn’t all the narrative content the game offers. The hidden storylines scattered throughout Arkesia are a great way to get some more stories that aren’t your usual side quest.

Being part of your Adventurer’s Tome checklist, the hidden stories are important to pick up, and this article looks specifically at those of North Vern. Some are simple to find and not too complicated, while others have multiple parts that sometimes require you to move across different zones – among them are zones you don’t visit in the primary storyline. This is something you’re better off doing once you’ve completed the North Vern main story quest instead of straying from it with the side quests that take you to the continent’s secondary areas. 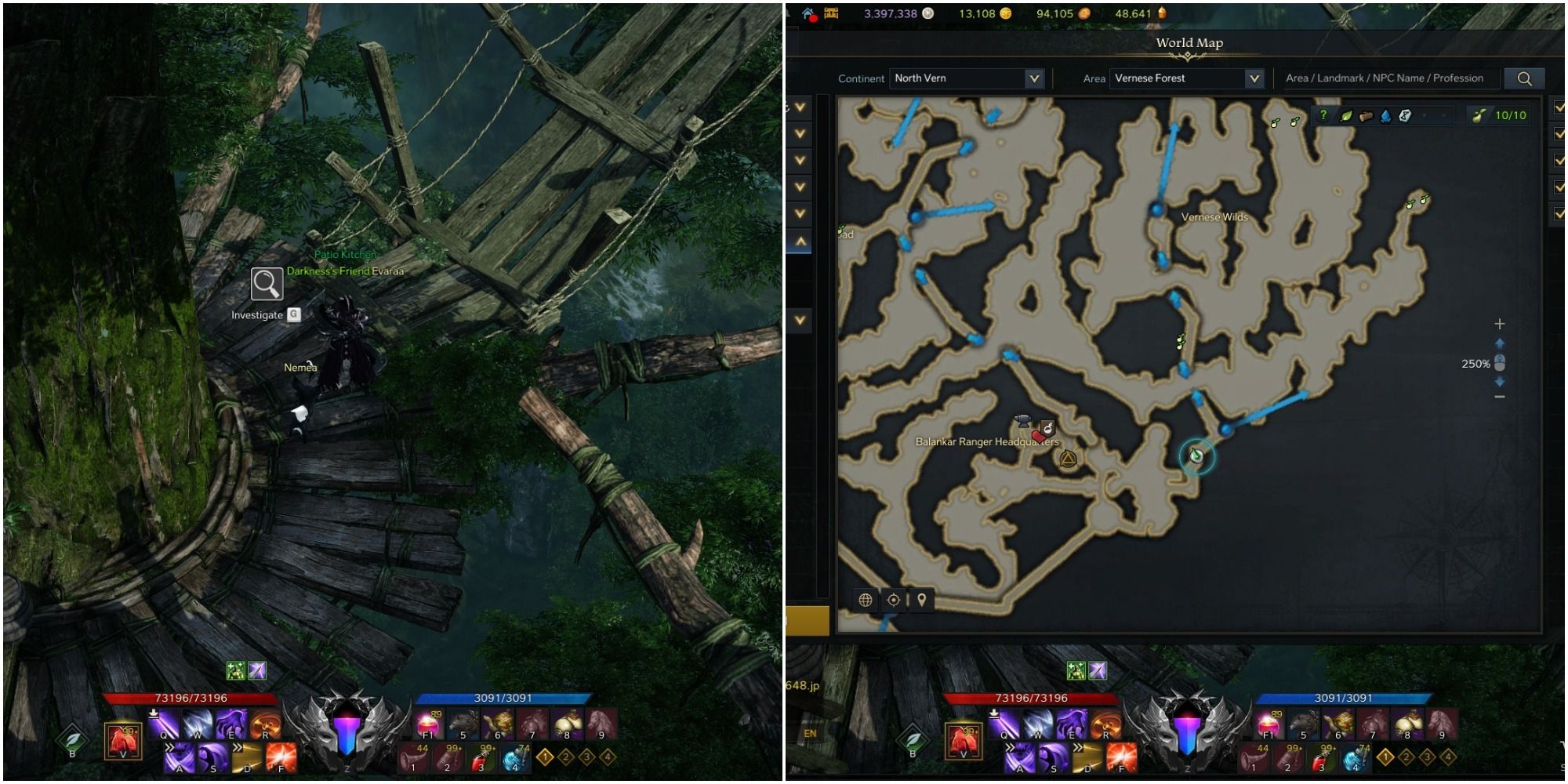 The first hidden story is a single interaction found in Vernese Forest. It’s near the Balankar Ranger Headquarters triport, slightly to its east, located just before the bridge that leads to the grapple point. 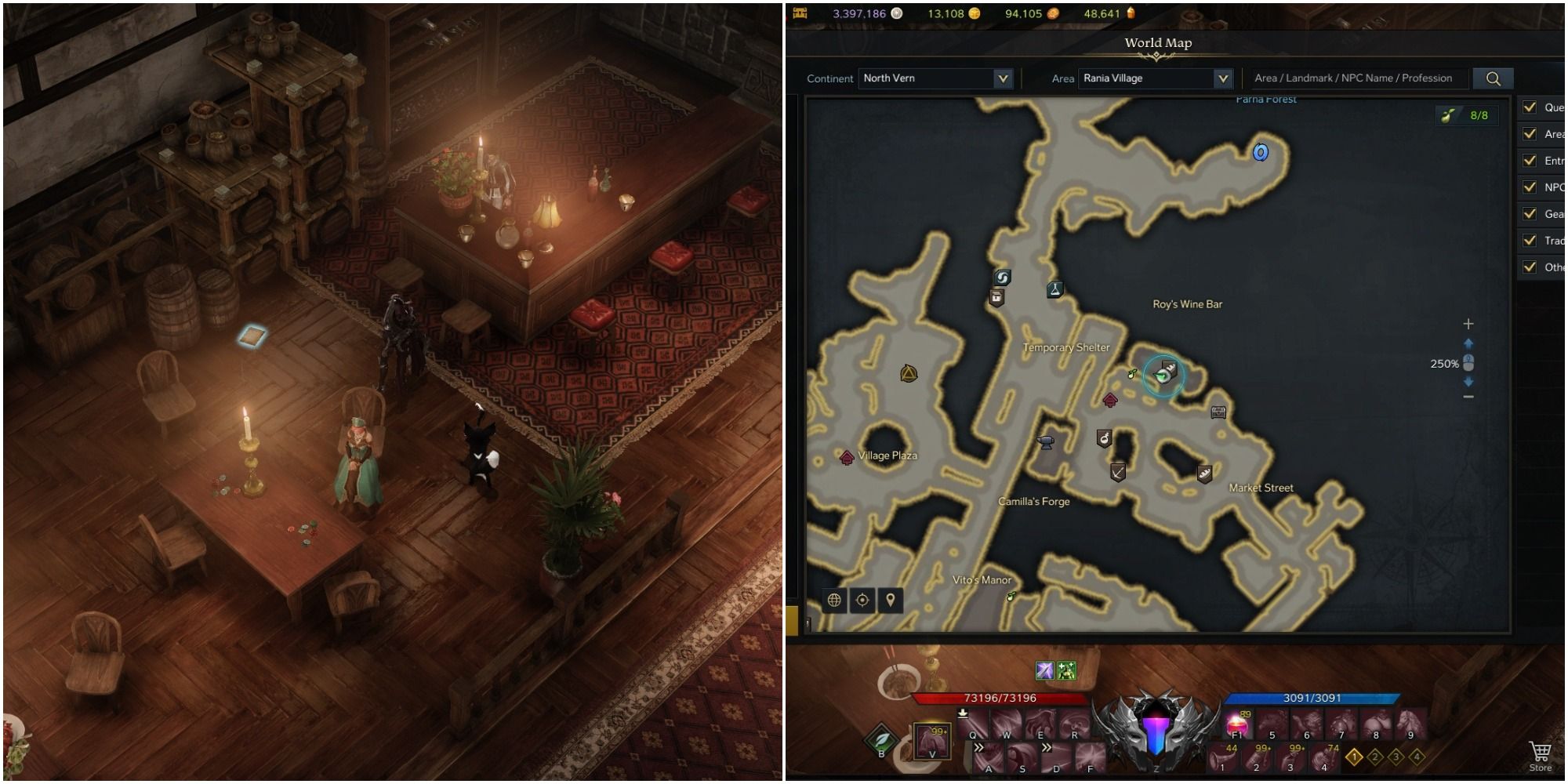 The second hidden story is another single interaction found in Rania Village, specifically in Roy’s Wine Bar. You can see a slip of paper near Bartender Roy, lying next to a couple of barrels. Also, while you’re here, you might as well pick up Vern Anniversary Spirits from Roy for the cooking collectibles tab in your North Vern Adventurer’s Tome. 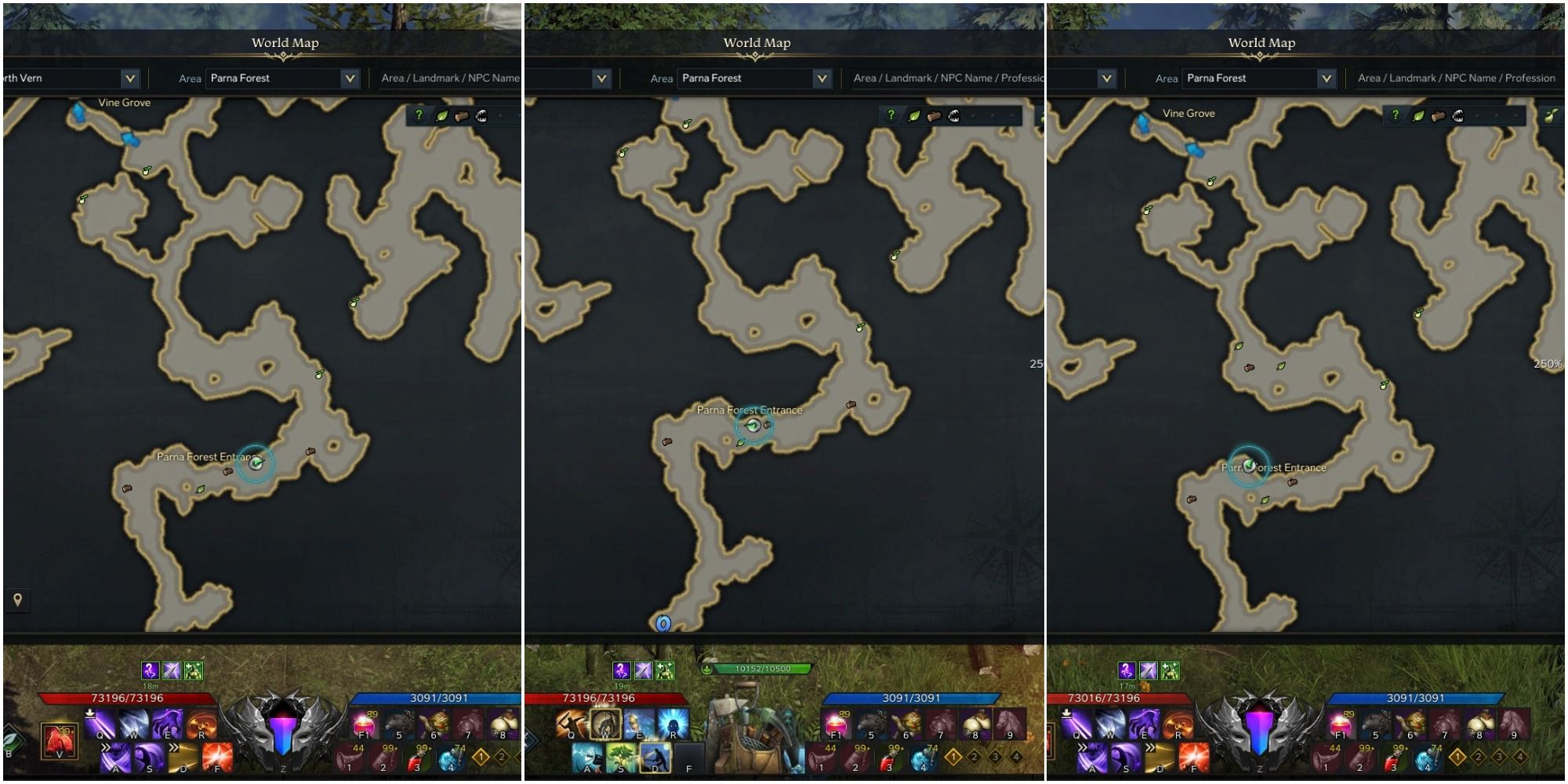 The third hidden story is the first three-parter on this list. All three interactions are conveniently located in Parna Forest, along the horizontal strip of the southern Parna Forest Entrance.

You’re given 20 minutes to get from the first to the second and another 20 minutes from the second to the third, but you definitely won’t need that much time, considering their close proximity. 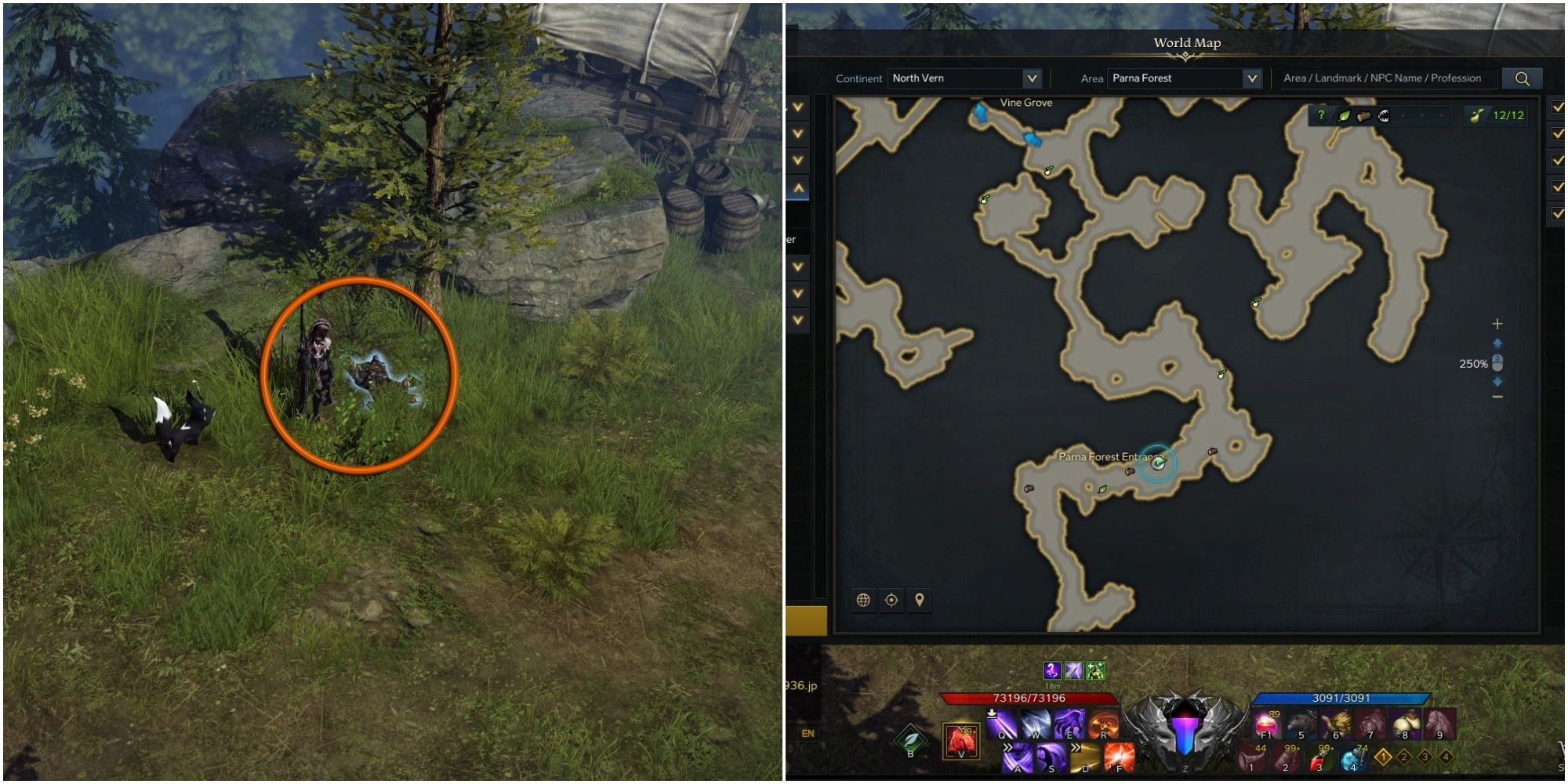 The first one (which is the furthest east) is a dead body lying beneath a tree. 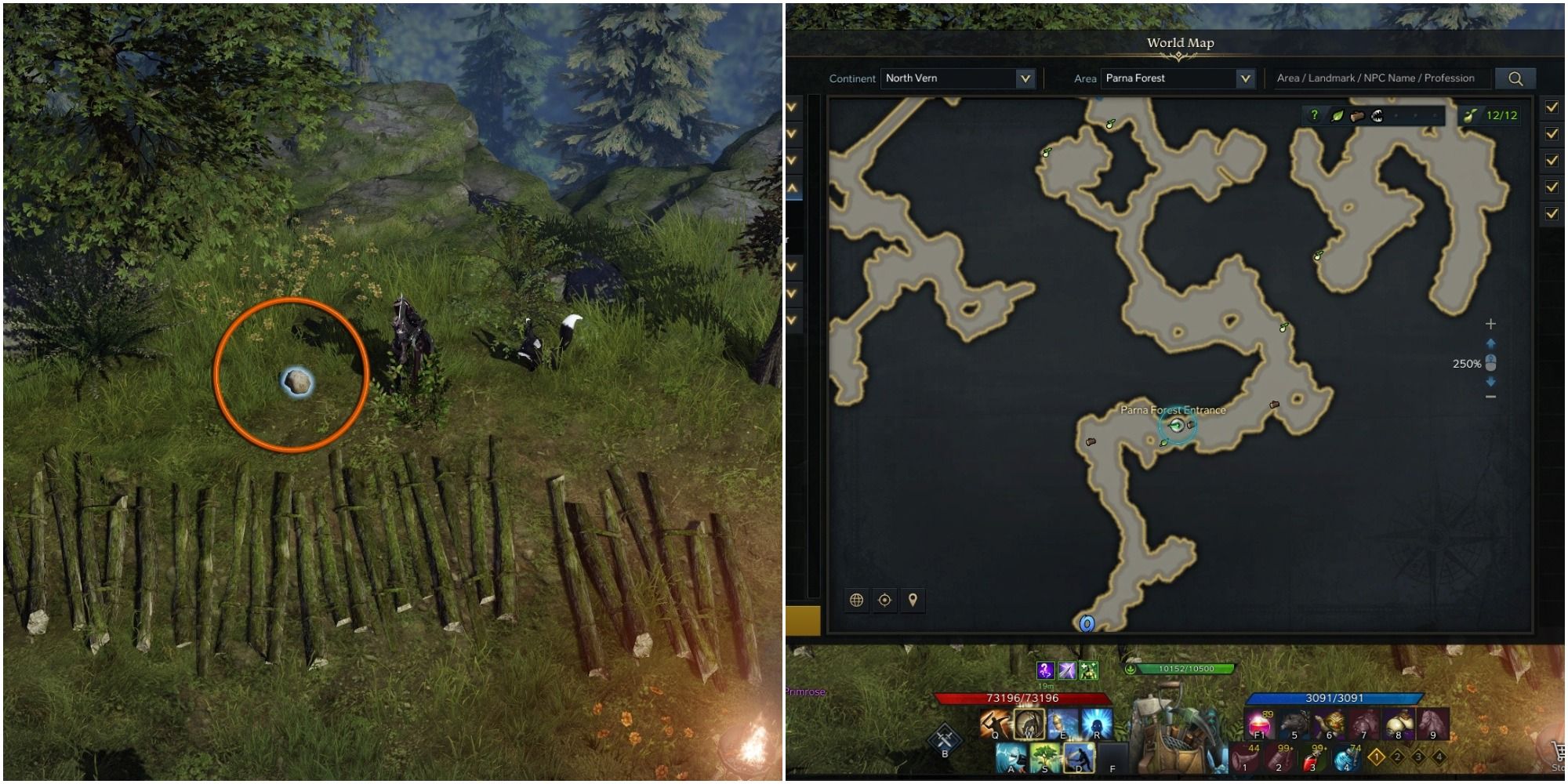 The second one is just a skull (did the trolls eat him?). 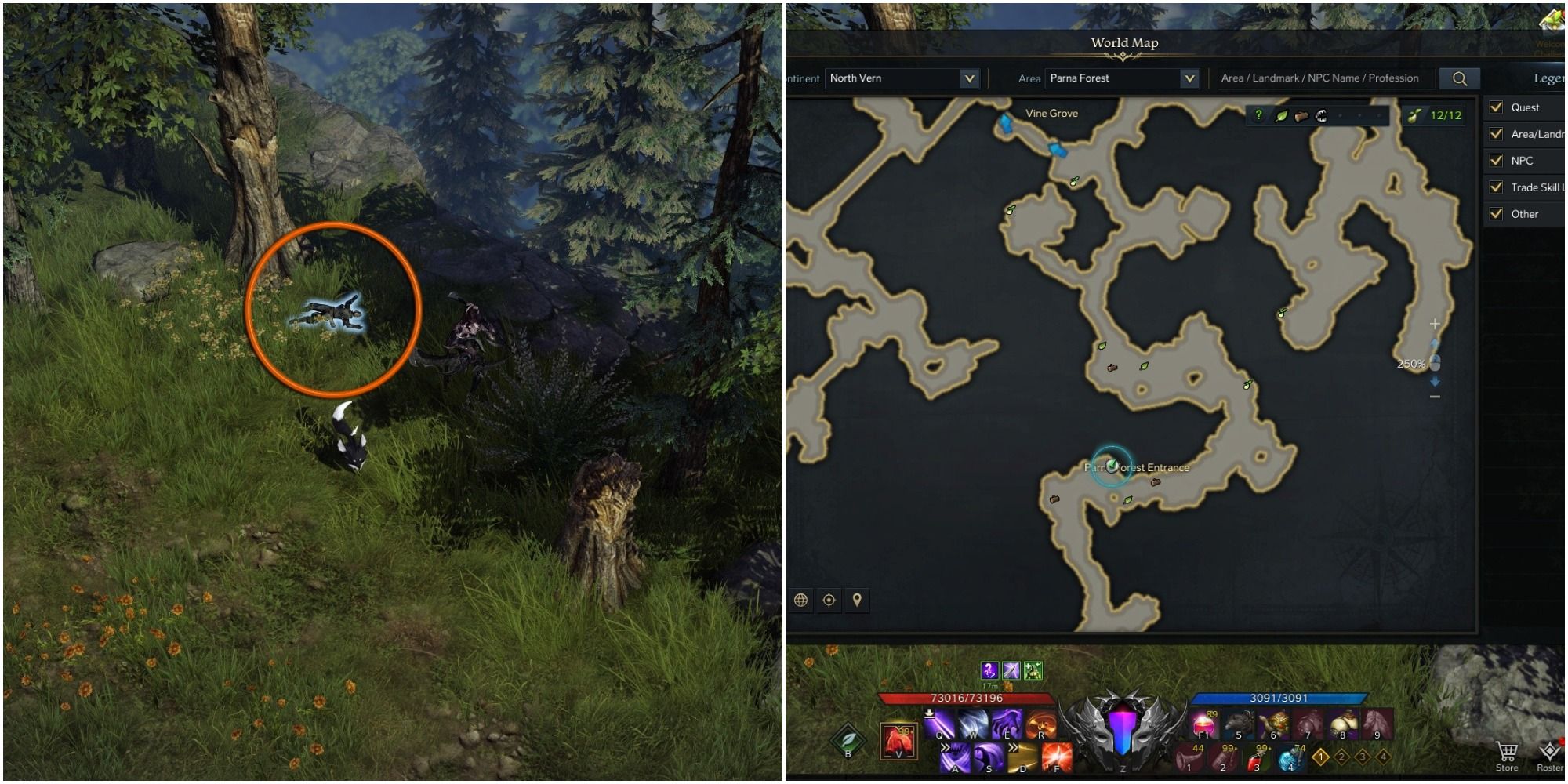 The third one (which is the furthest west) is another dead body lying beneath another tree. 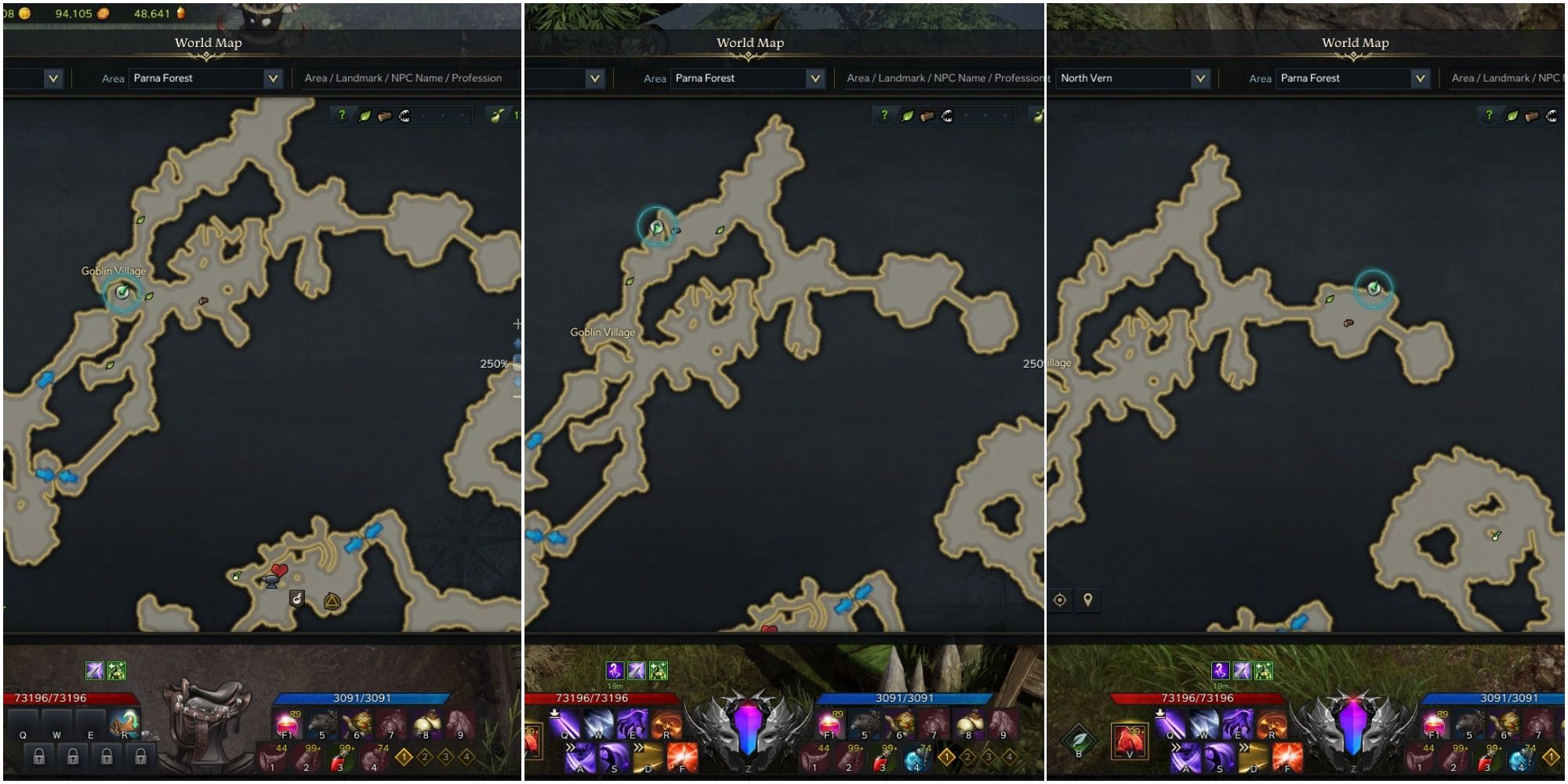 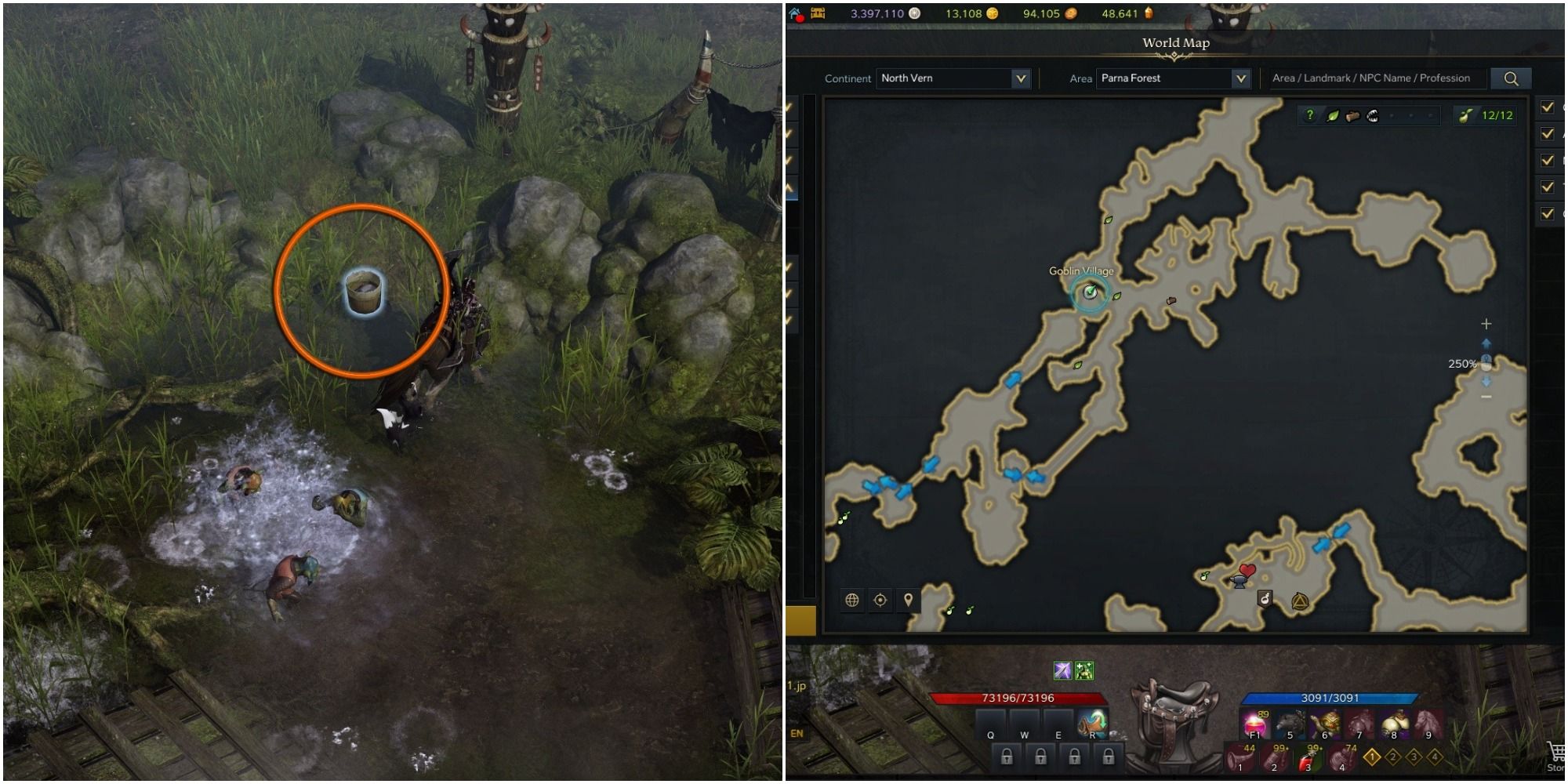 The first one is a bucket of water (maybe it’s filled with something else?), found in the pond where some goblins are playing. 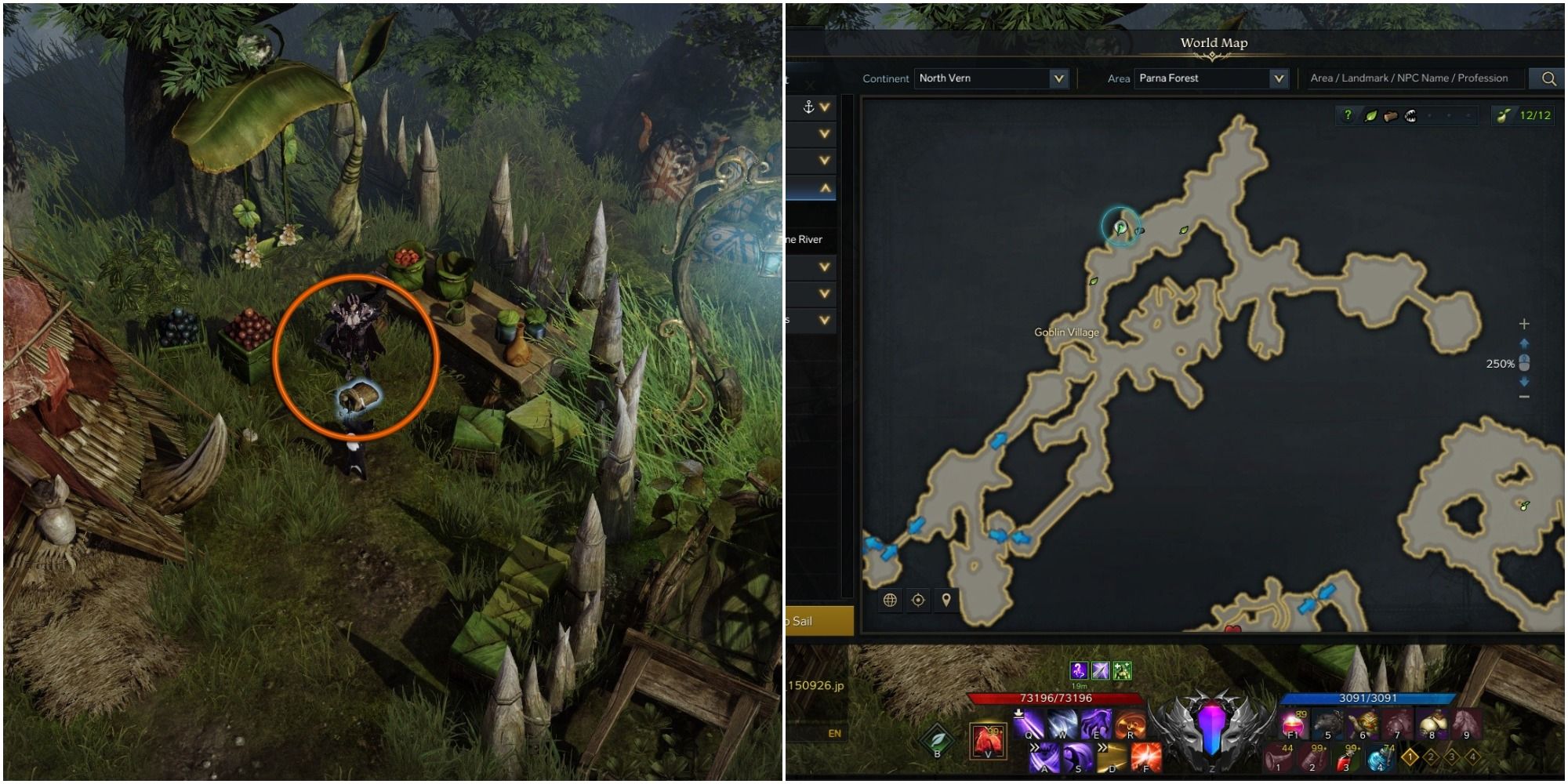 The second one is a small brown bag, found next to one of the goblin huts and by a table with some food and drink. 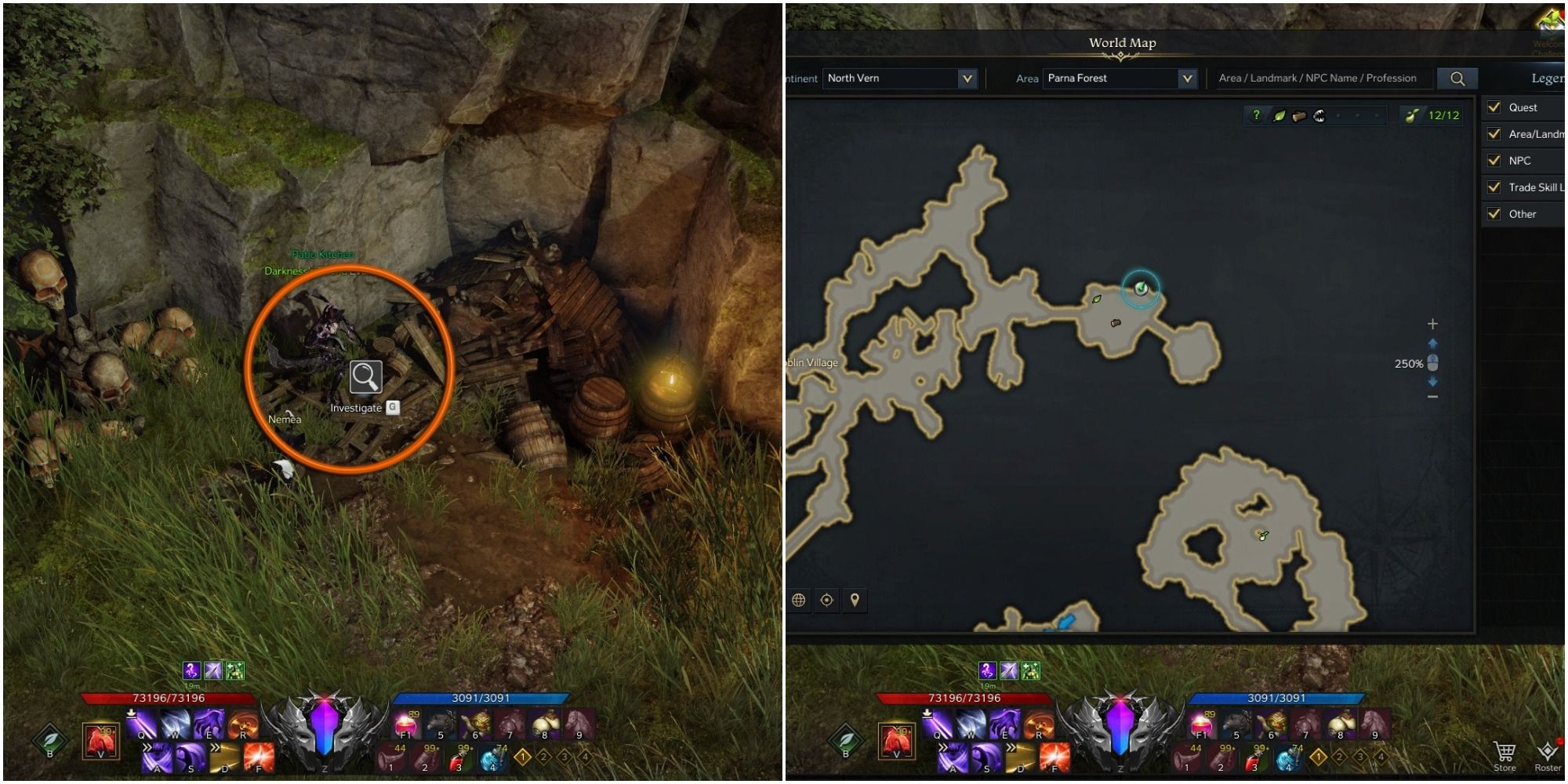 The third one is almost at the easternmost edge of the goblin village. It is found next to a pile of skulls and amidst the debris of what seems to be a broken cart. 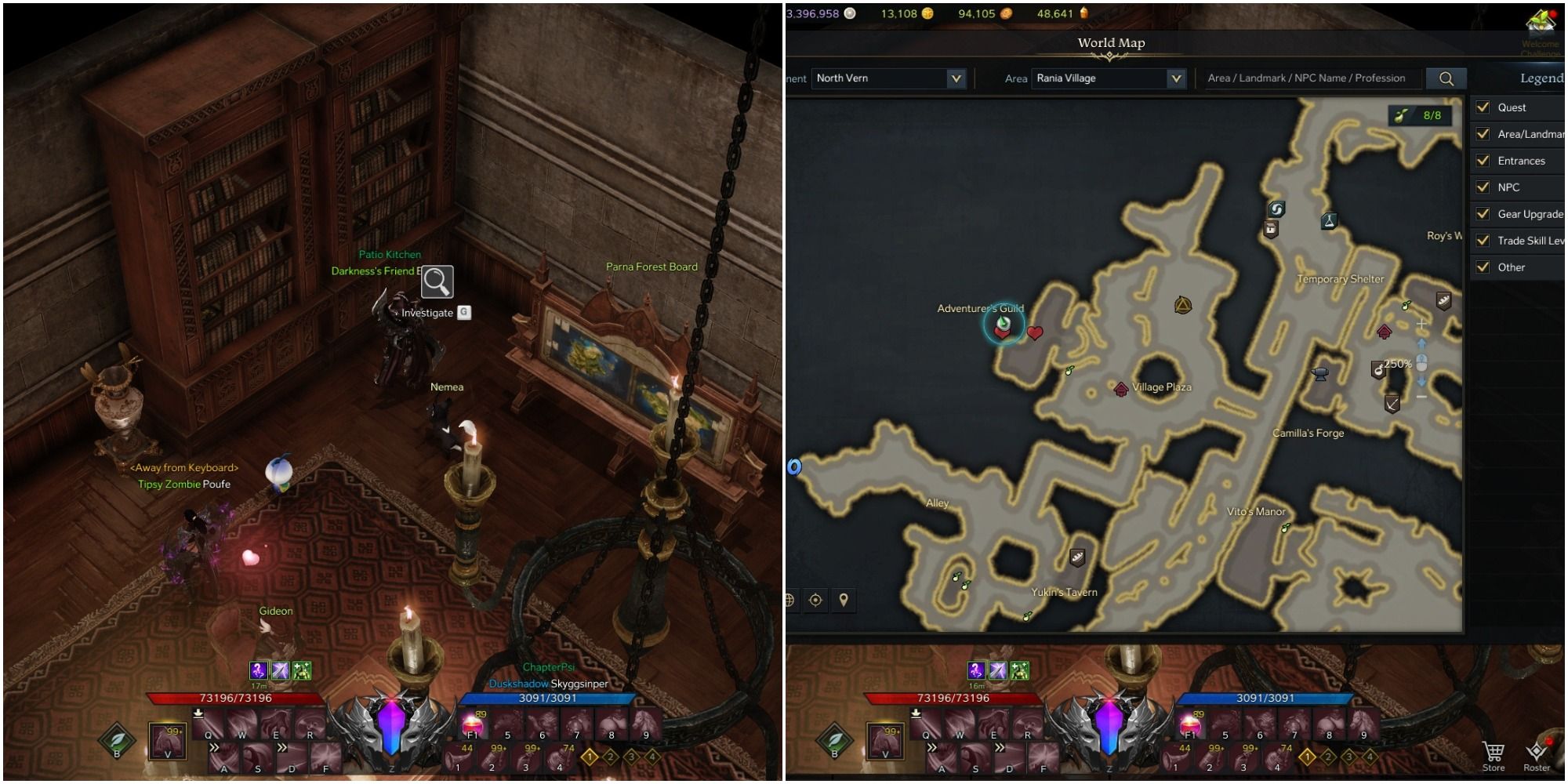 The fifth hidden story is the last single interaction of this bunch and is located in Rania Village, specifically in the Adventurer's guild building. It’s found next to Gideon on the leftmost bookcase, which is by the Parna Forest Board. While you’re there, you might as well play him some music or do some emotes to sink some Rapport points into him. 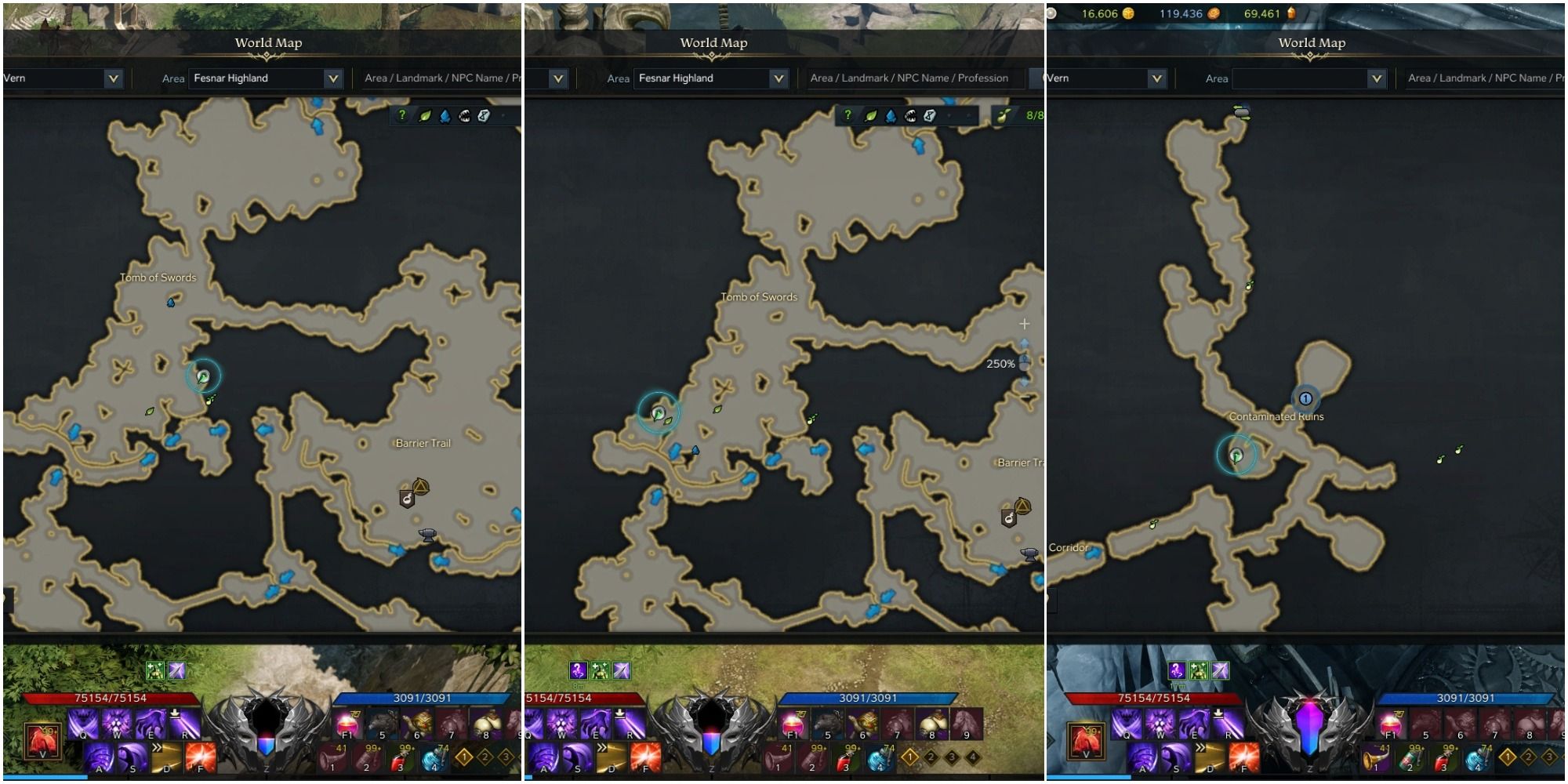 The sixth hidden story is another three-parter and is more spread out than the former. You can find the first two interactions in Fesnar Highland, and the last one in Ancient Elveria (the dungeon). 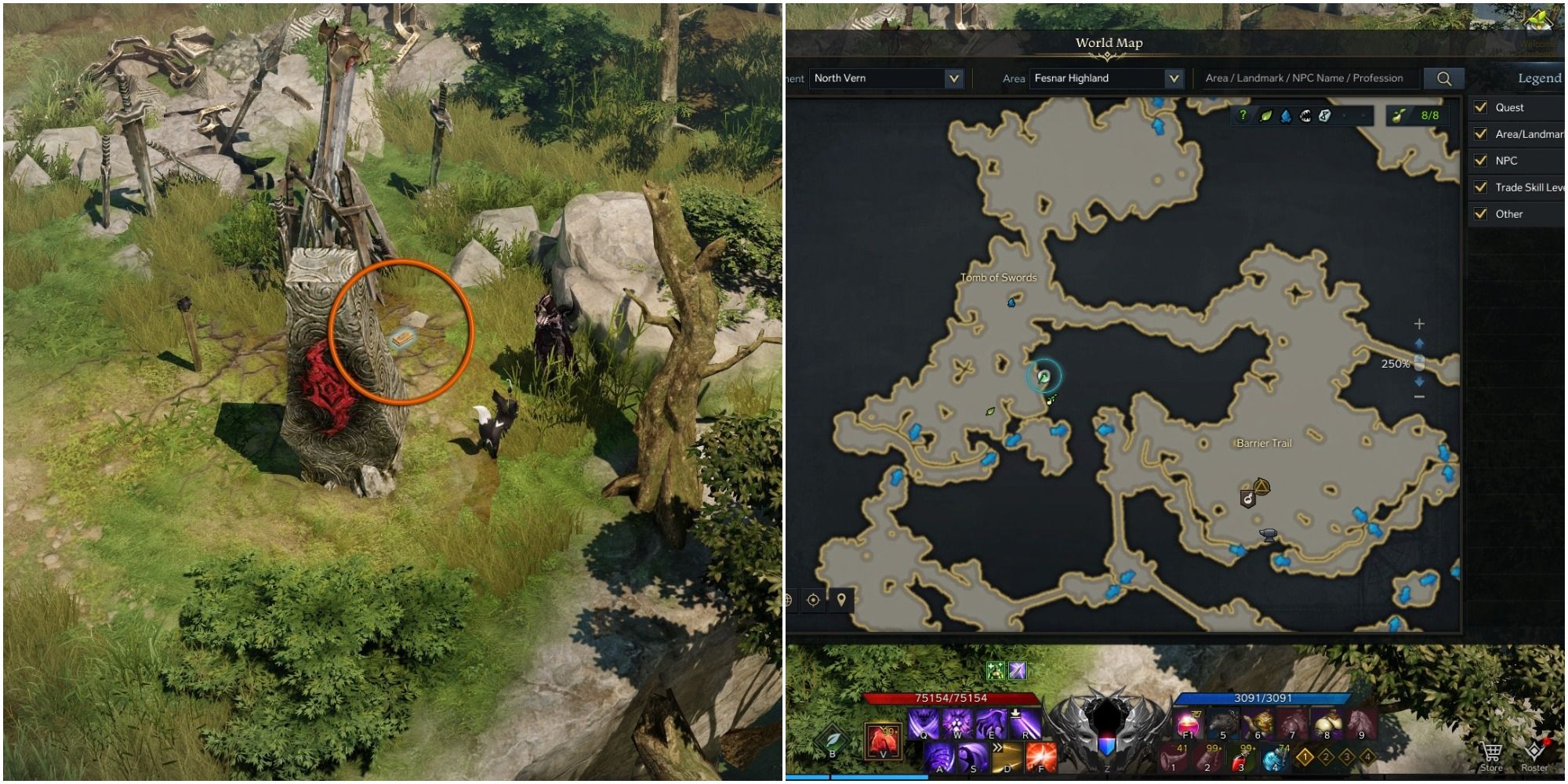 The first is located to the east of the Tomb of Swords area (which is on the western side of Fesnar Highland), just behind one of the ritual stones of the necromancers. 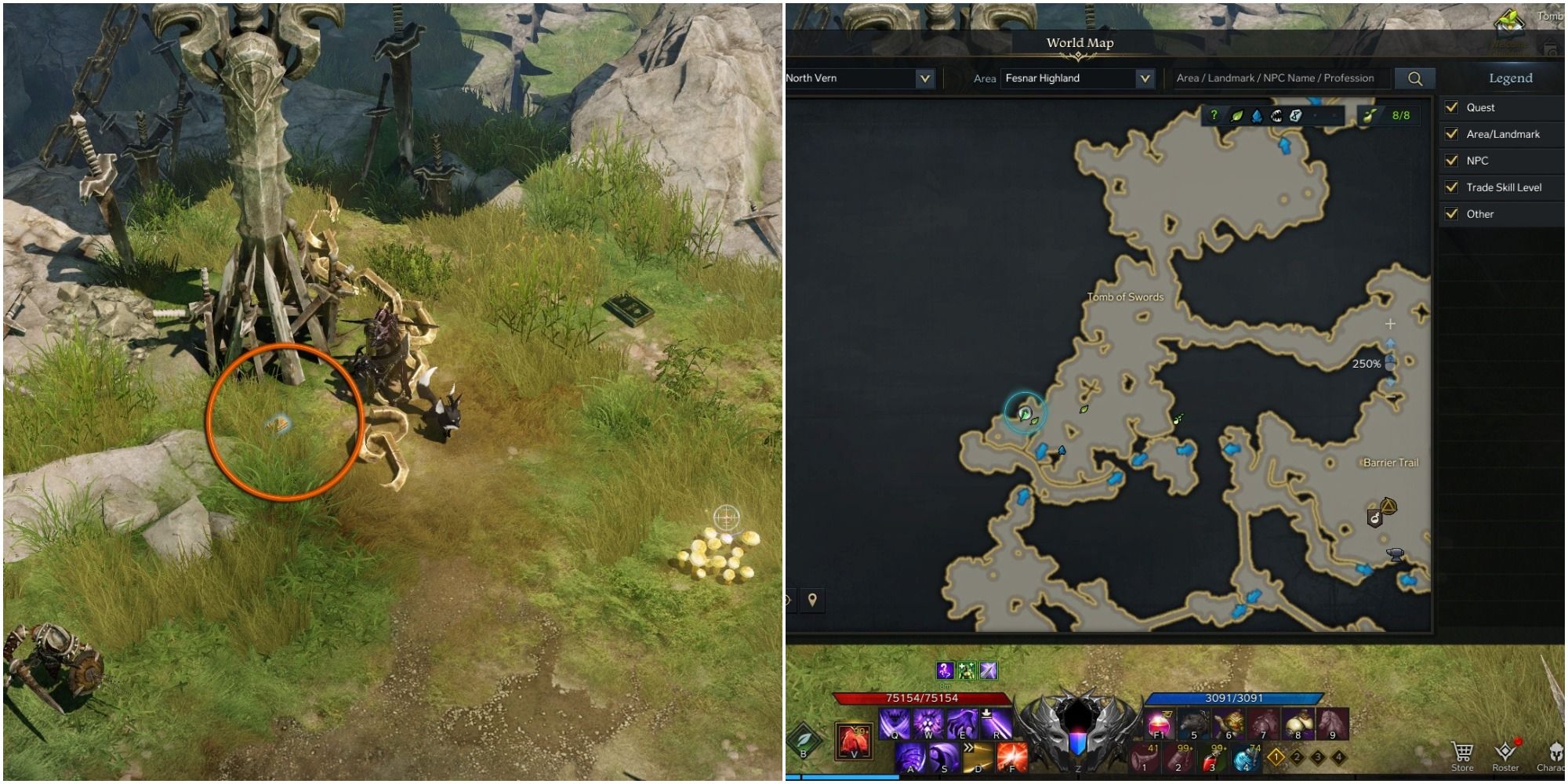 The second is located to the west of the Tomb of Swords area by what looks to be an altar with an assortment of weapons at its base (and a very large, broken chain). There is an easily visible book on the ground nearby the location of this interaction to confuse you, so beware! 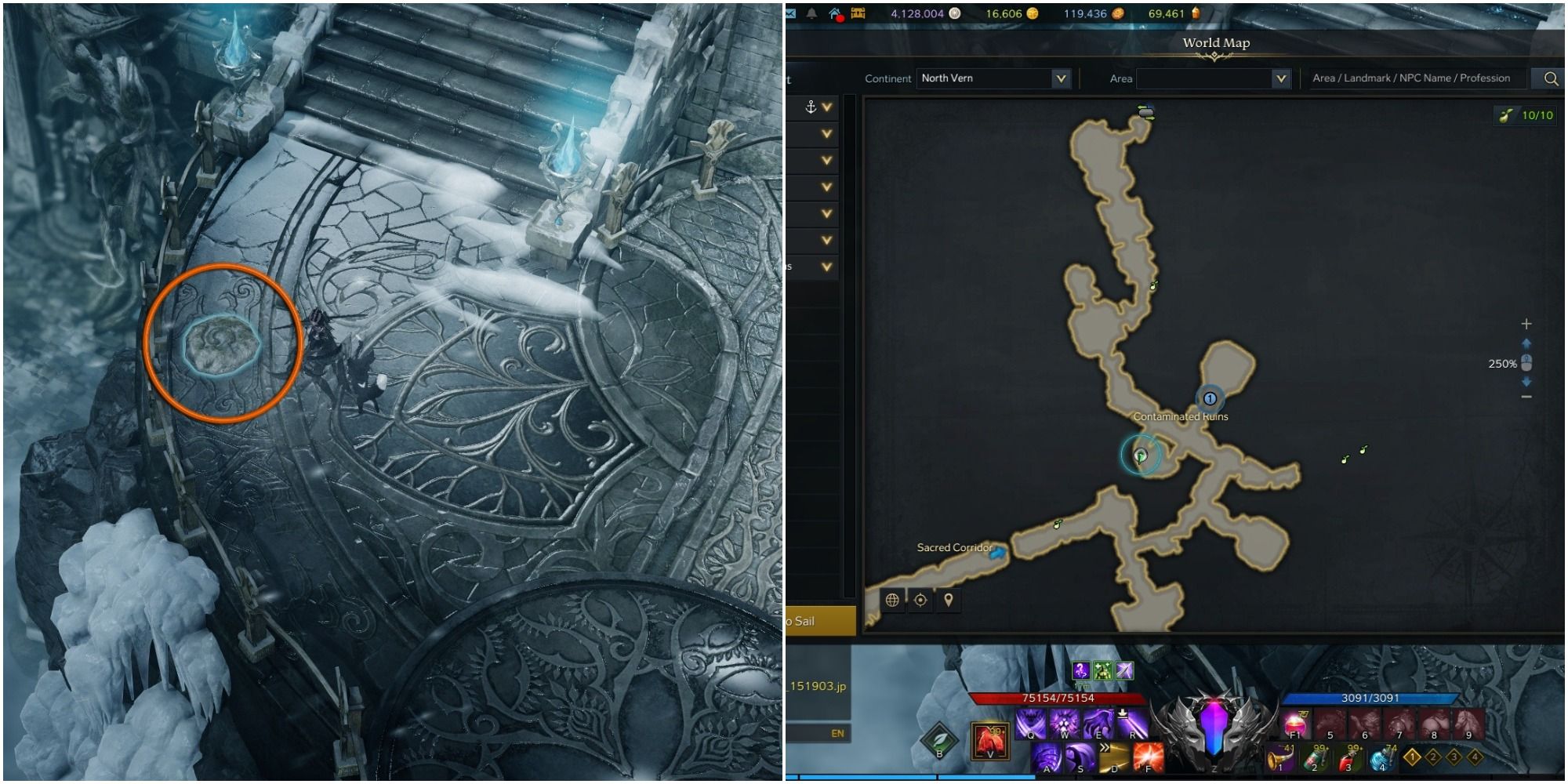 The third is located in the Contaminated Ruins section of Ancient Elveria (it’s a circular rock). A point of caution here: don’t equip the necromancer disguise before interacting with the last hidden story step here because if you do, you will lose your progress and will have to return to Fesnar Highland to interact with the first two steps again.

Also, considering you have 30 minutes to get this one after interacting with the second one, you might as well grab the Mokoko seeds in this dungeon while you’re here. 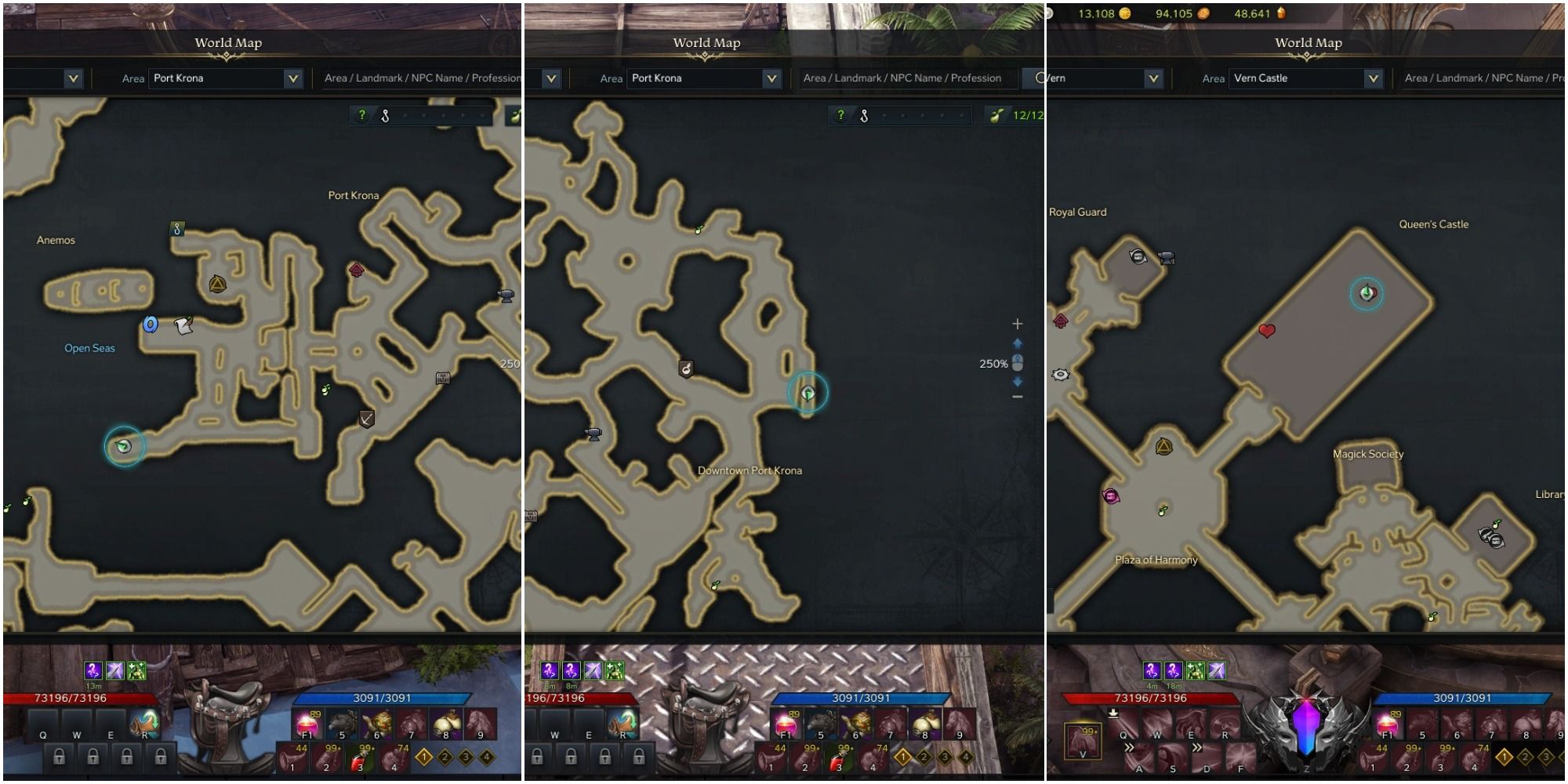 The seventh hidden story is yet another three-parter (all the items are decks of cards) and is slightly spread out. 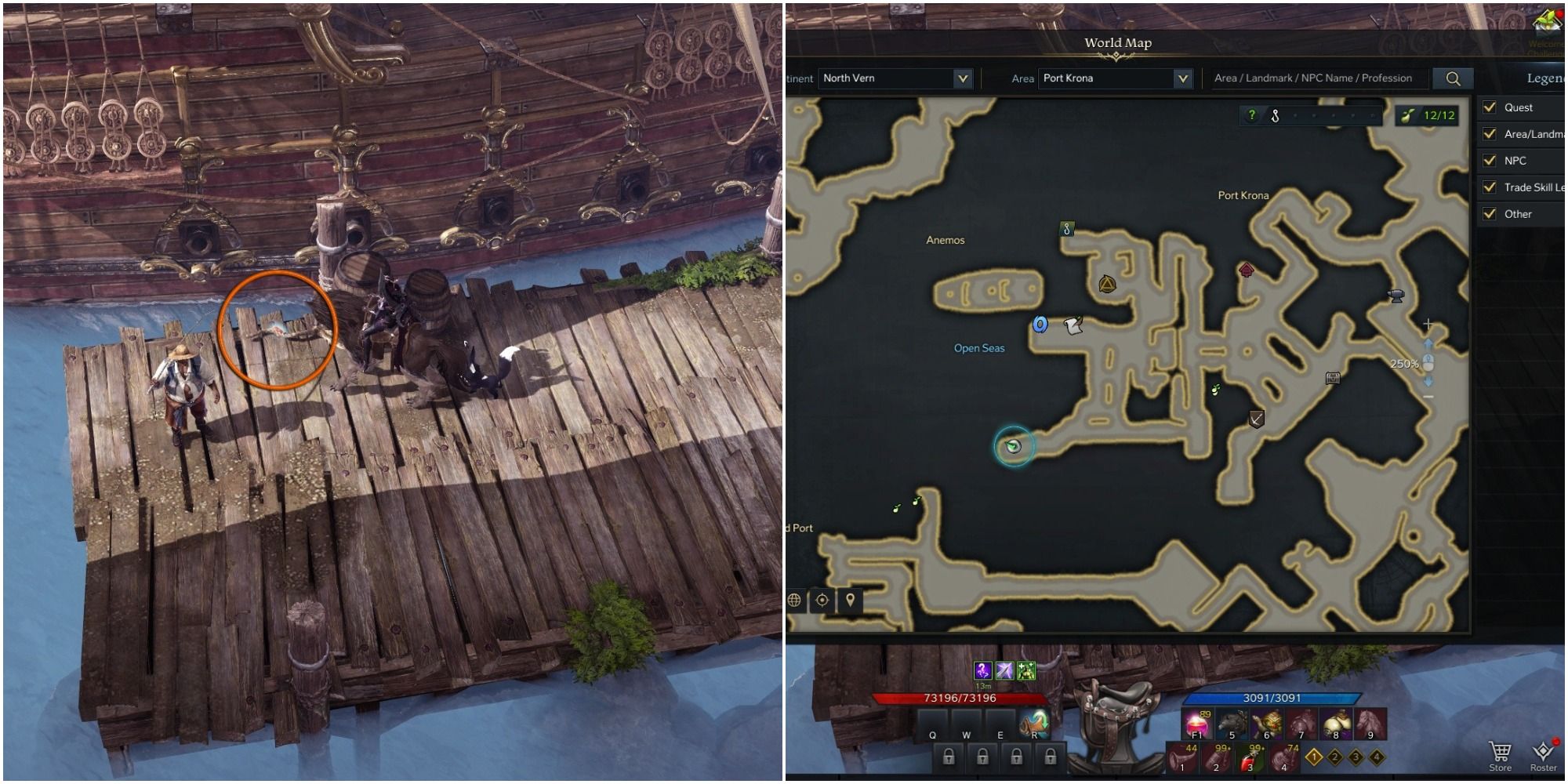 The first deck is located near the central triport on one of the docks. It’s easy to miss this one underneath the rope and next to a couple of barrels, so keep your eyes peeled! 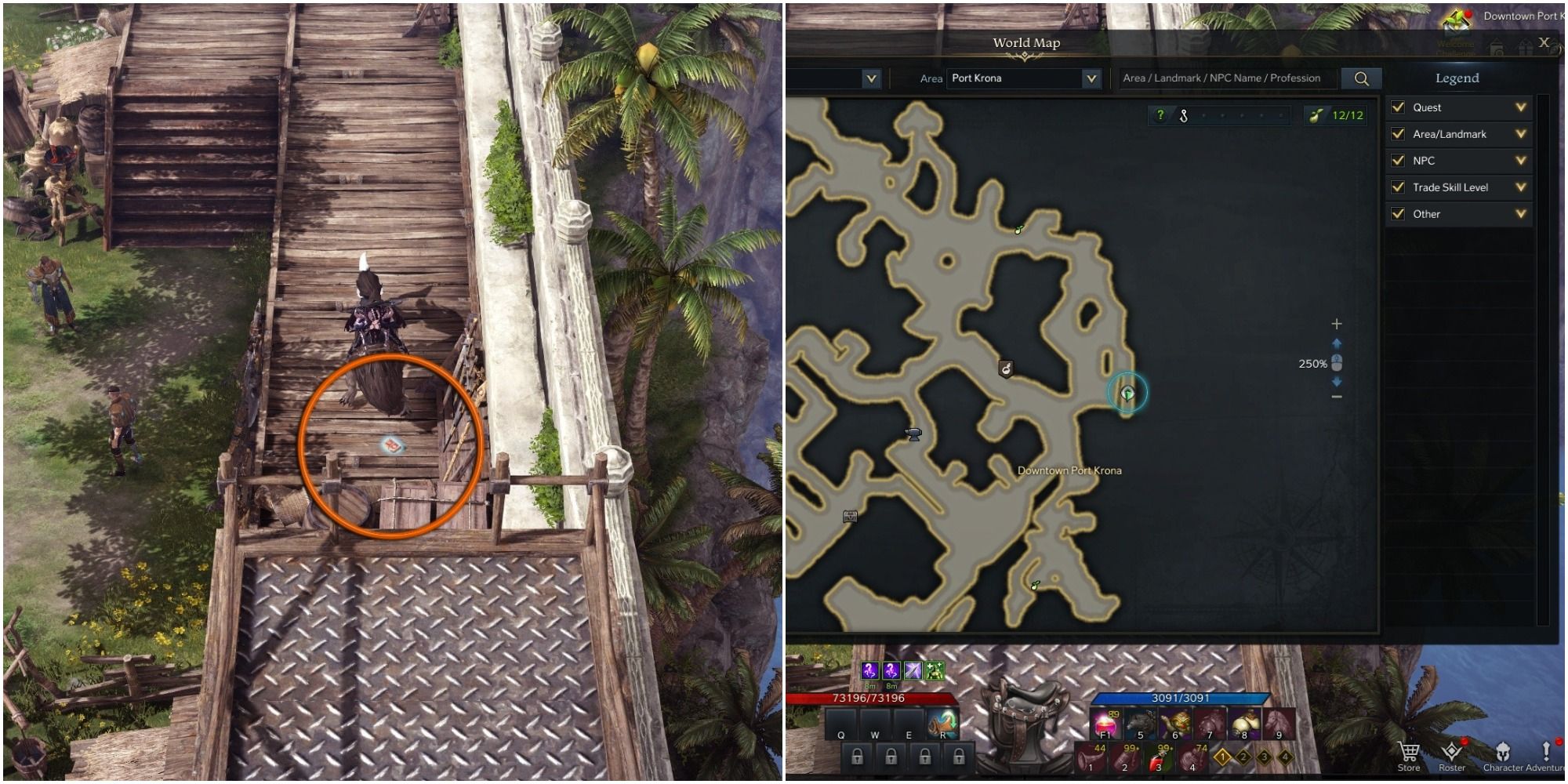 The second deck is located to the complete east of the Port Krona, by the port’s edge (where there’s a cliffside, you can look down at the sea) and right next to a rack of weapons. 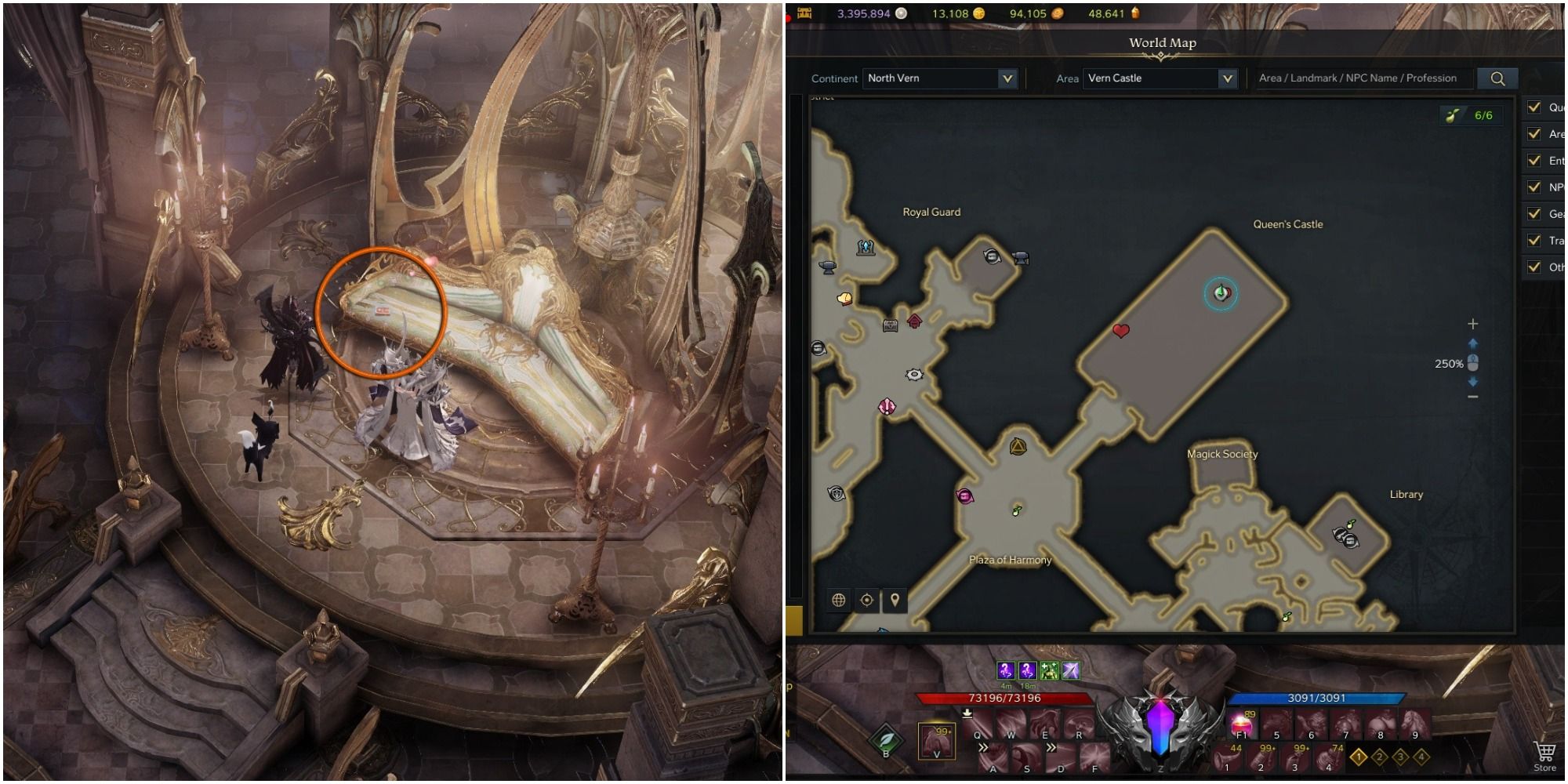 The third deck is located in Vern Castle, on the right side of the fancy couch directly behind Queen Ealyn.