Gathering all the Mokoko seeds can give you some great rewards in Lost Ark. And while Ankumo Mountain only has five seeds to offer, they’re all easy to find. And none of these seeds require anything more than taking out a few standard enemies. One is out of sight, but even that one is easily accessible.

The Ankumo Mountain zone is one of the smaller areas in Lost Ark. And simply following the main quest line will take you to each of the areas you need to search to find the Mokoko seeds. But if you missed any, below you’ll find detailed descriptions and maps of where to find each one. 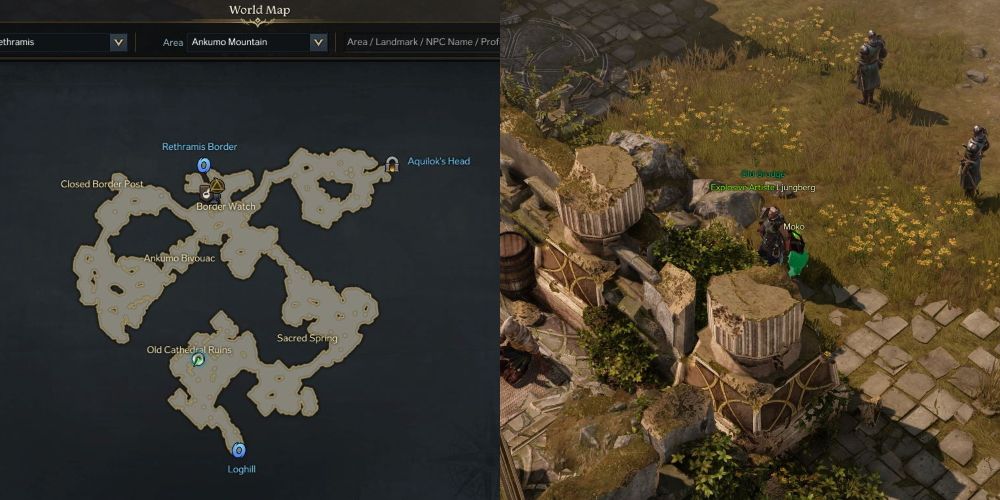 The first Mokoko seed you’ll come across is in the Old Cathedral Ruins, not far from the entrance from Loghill. It's not visible to the naked eye, but easy to find near one of the cathedral’s corner pillars.

As you approach the ruins from the south, instead of going through the entrance follow the wall round to the right. The seed is right against the outside wall, just past the second corner pillar. There are some enemies nearby, but luckily some guards will be keeping them occupied. 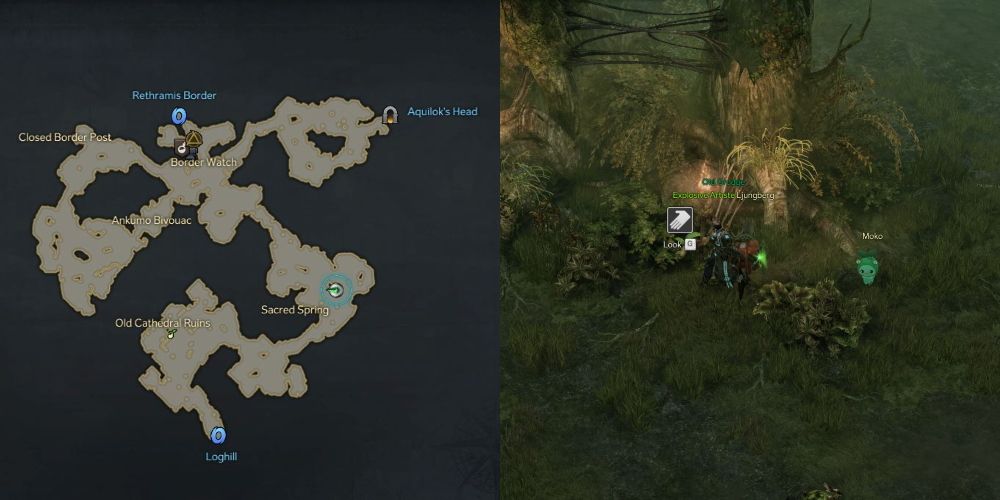 The next is in the middle of Sacred Spring, at the base of the largest tree stump in the area. This one is surrounded by monsters, but at least it’s clearly visible. But you will have to grab the seed quickly after dispatching them, as the respawn rate is high.

If you’re struggling with the creatures, it’s worth noting the Moss Wolf mobs won’t attack you unless you’re already in combat (the spiders and skehal are aggressive). This means it’s easier to scout the area and find the Mokoko before you move in for it. 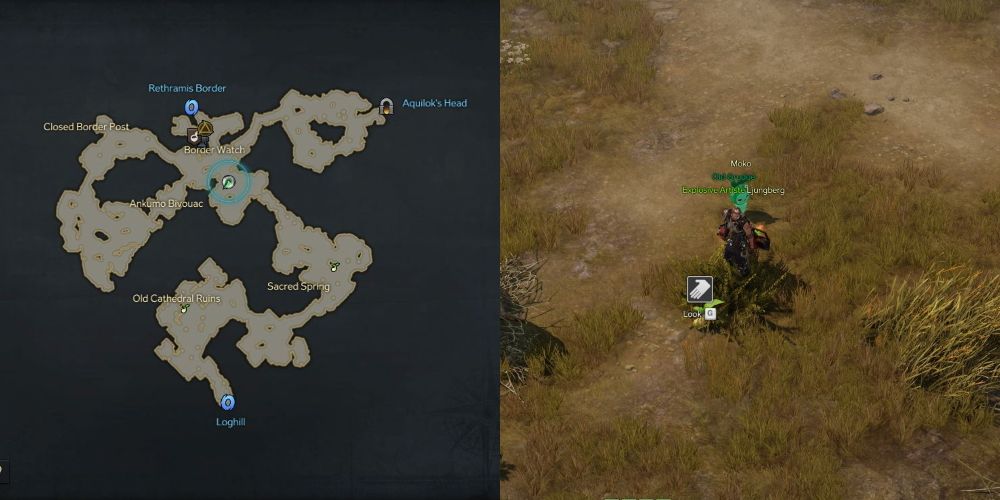 This Mokoko seed is also in plain sight, just south of the safety of the Border Watch outpost. It’s an area plagued with zombies, but if you approach from the north, you can grab the seed without getting into combat.

Just as you pass the guards watching the south entrance to Border Watch, the road forks. The seed is next to some long grass between these two paths, and you’ll spot it almost halfway between the two large, nasty-looking eggs. 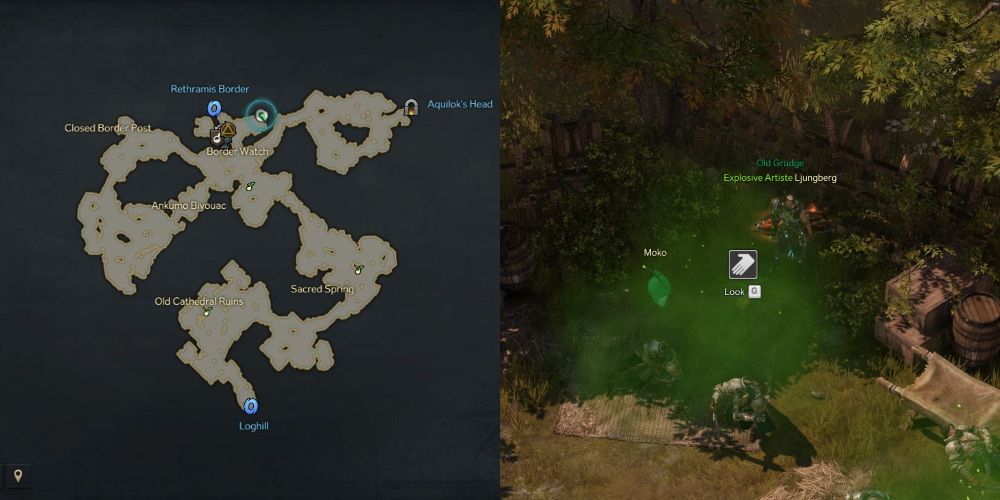 Once within the safety of Border Watch, you’ll find your fourth Mokoko seed. It is directly east of the Triport, over with the wounded soldiers.

While easy to get, it’s not quite so easy to see. The seed is just above the two soldiers sitting on a large rug. It’s a bit tricky to spot, as it’s in the middle of an unpleasant green cloud of mist. But don’t worry, it won’t do you any harm. 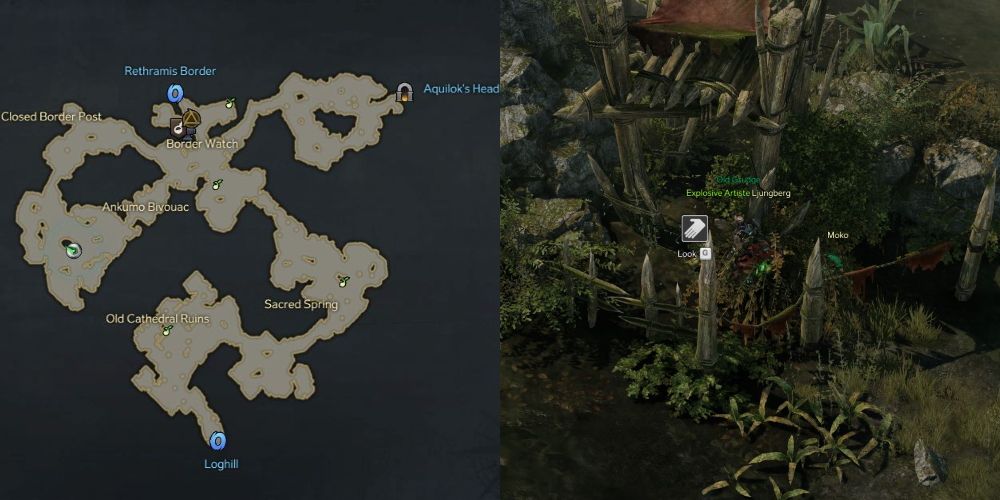 The last Mokoko seed in the area is just to the west of the bivouac, outside the main bolt camp. You want to head to the middle of the area, looking for a lookout tower surrounded by large rocks.

To the right of it, you’ll see several guards patrolling. Dispatch them, then walk behind the fence to the base of the tower – and there you’ll find the seed.