Arid Path is the first area you come to in Arthetine, the seventh continent of Lost Ark. As a collector, it’s here where you’ll first open up a new chapter of your Adventurer’s Tome – alongside many more opportunities to find mokoko seeds.

The area is half-filled with the port town, Lupen, which you arrive at by boat. But there are also some wilds on its outskirts you’ll need to explore before moving on to the capital city, Stern. There are a couple of seeds in the port itself, but most are outside town – including two in an off-map secret area. But you can discover them all easily if you follow our guide below.

Mokoko Seed One – Beneath Lupen Port 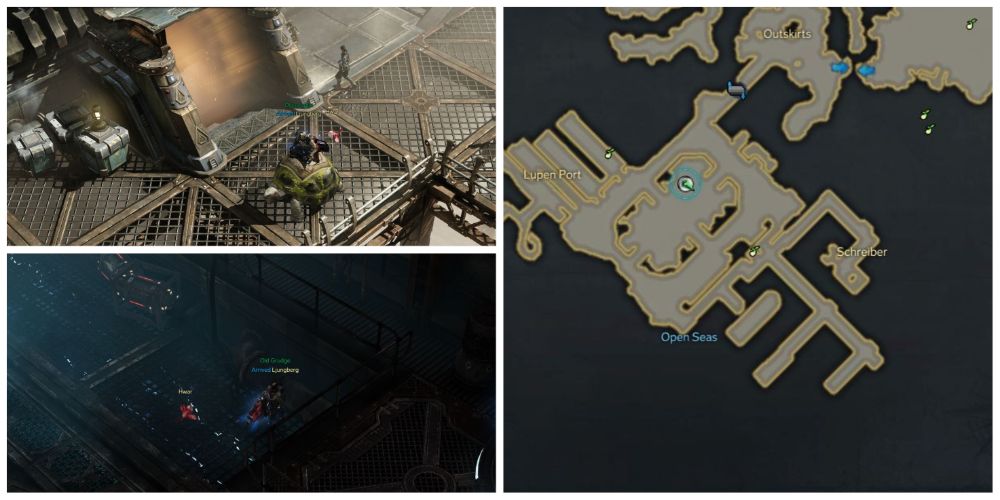 After arriving at the port by boat, take a right at the T-junction in front of you towards Scheiber. Just before the path hits a crossroads, go into the doorway on your left. Once inside, follow the path as it heads northwest. There’s no map in here, but also no danger. At the end of the path, it opens out into a massive room. Go down the steps into the room and immediately turn right. Walk northeast as far as you can go to find the first mokoko, hidden right in the corner by a pipe. 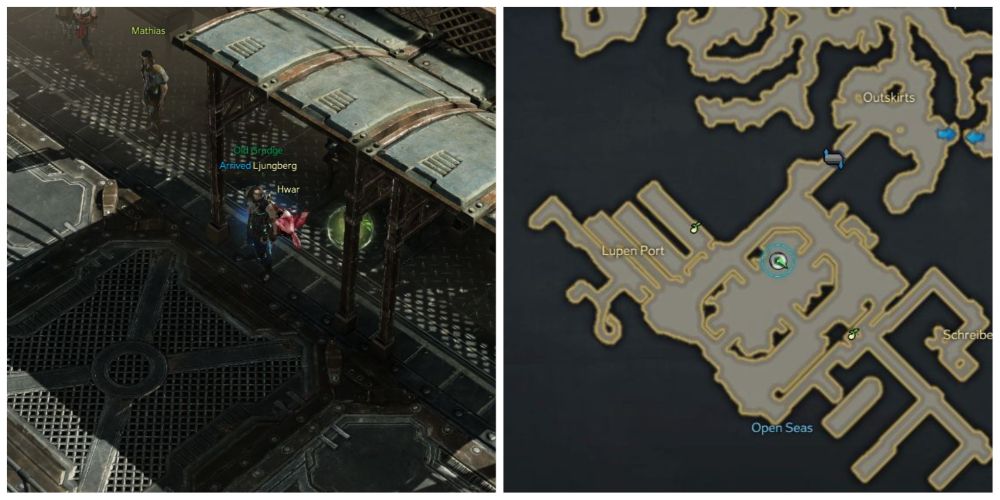 Head up the steps just to the southeast of Lupen Port Triport. At the top, go straight on past the port guards and up the ramp to where a train is waiting to be boarded. Just before you get to the train, on your right, is a covered seating area. The second seed is underneath, next to the second bench. 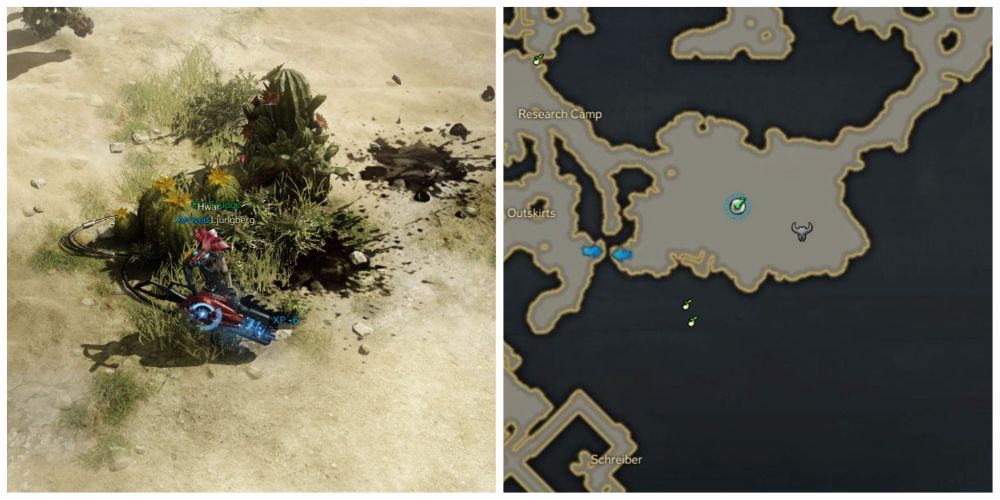 Take the elevator out of Lupen Port and turn immediately east to the small jump point across the chasm. Once across, head towards the centre of the large area on the other side. You’re looking for a cactus patch with six yellow-flowering cacti. With another two just to their right. The mokoko seed is hidden in the middle of the larger patch. 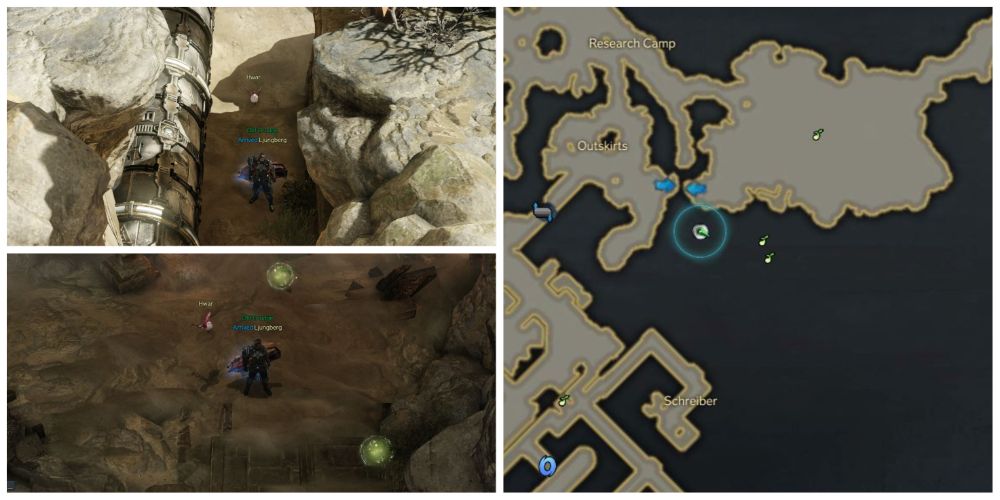 If you’re starting in the Outskirts just outside Lupen Port, head north to the Research Camp. Once there, leave east and follow the path southeast until it forks. Take the thin southern fork that looks like a dead end. It actually keeps winding south and past the jump point on the map, before turning east. Keep going to the end to discover a small dusty area with two more seeds in plain sight on the ground. 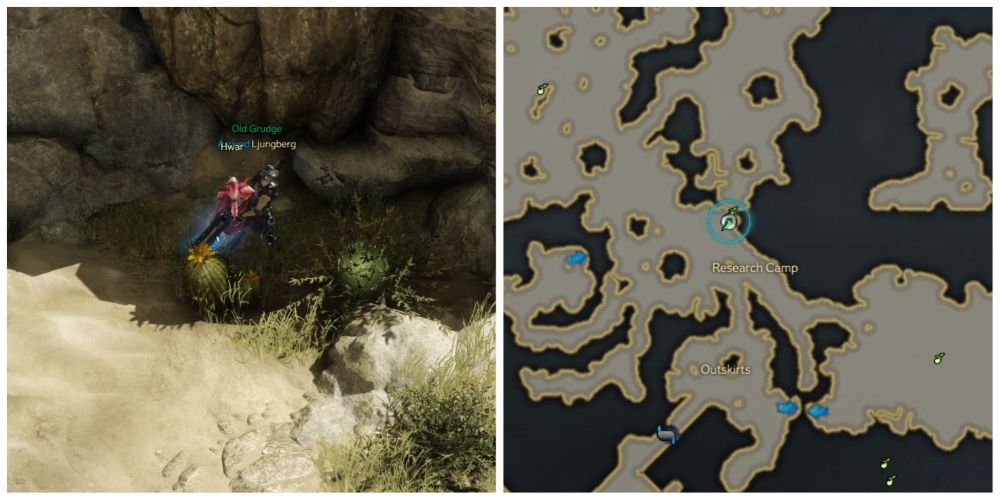 Head along the north path that goes from Outskirts into Research Camp. As you enter the Research Camp area, keep walking directly north until you hit the cliff on the northern side. Follow the cliff as it heads northwest, and you’ll see the next mokoko by some cacti. 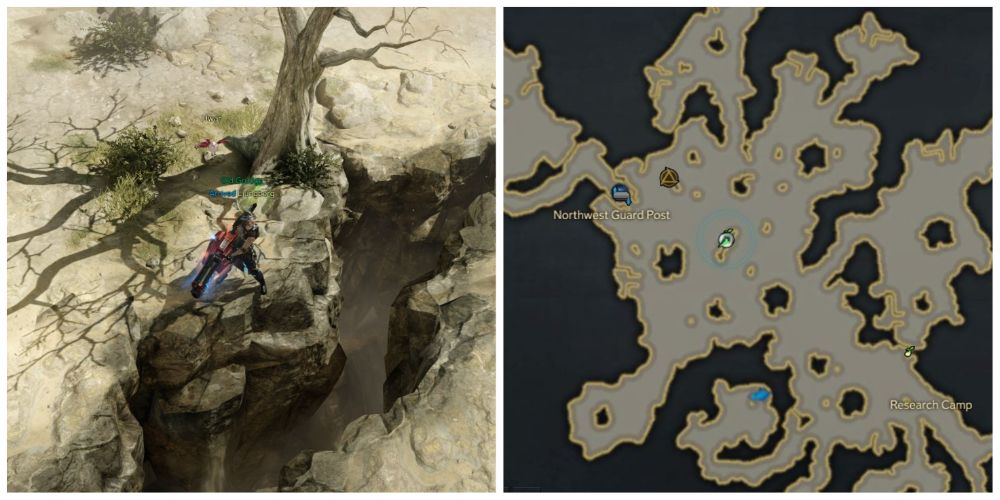 Finally, work your way to the Guard Post Triport. Head directly southeast, as if going to Research Camp. You’ll go past a large rock and then should see another, next to a dead tree on the edge of a small fissure in the ground. The final mokoko seed of Arid Path is at the base of the tree.