Lake Shiverwave is your first introduction to the continent of Rohendel (not Rivendell) in Lost Ark. Here, the Sylvians (not elves) live in harmony with nature and practice their magick (not magic). But all joking aside, it’s a welcome relief after the cold and bleak Shushire – and the brighter conditions seem to agree with the Mokoko Seeds.

Despite being a largely safe port area, Lake Shiverwave has a generous helping of 10 Mokoko Seeds scattered across its expansive map. But you’re going to have to work to collect them all. One requires you to have 250 Charisma, and another 250 Courage. Three more require you to play the Song of Eternity, and yet another needs you to have had a beer (really). Need more information? Read on. 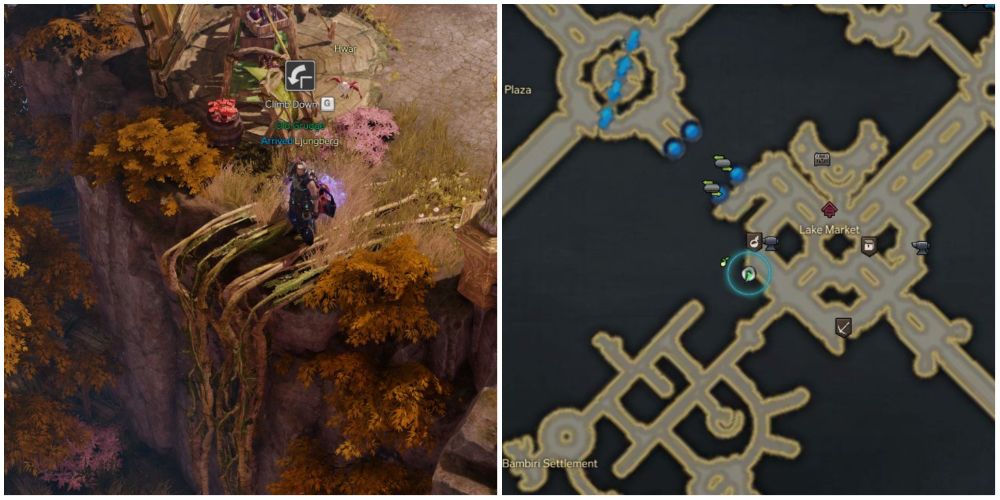 If you’ve just arrived on the continent, follow the path northwest past the Dock Triport and continue northwest across the impressive Rainbow Skybridge. When you arrive in Lake Market on the other side, head over to the west side of the square. Just to the south of Potion Merchant Lichter but before the steps, you’ll see some vines hanging down the cliff. Stand on them, and a ‘climb down’ icon appears. Do so to find your first Mokoko at the bottom, at the base of the tree to your right. 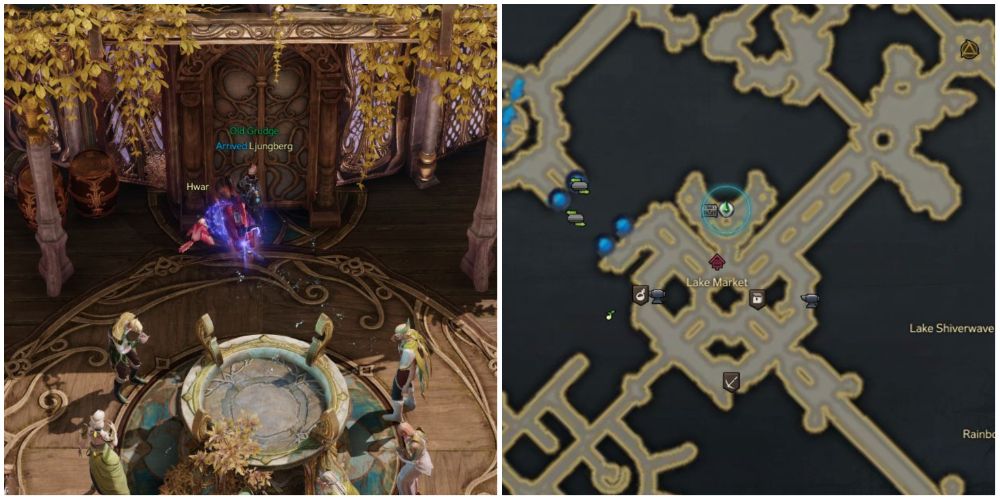 Climb back up and walk across to the market’s north side, where you’ll find an ornate platform with stairs leading up on both sides. There’s a round platform at the top with a building in front of you. You need 250 Charisma to be allowed into the building. Once inside, you can claim Mokoko Seed number two. 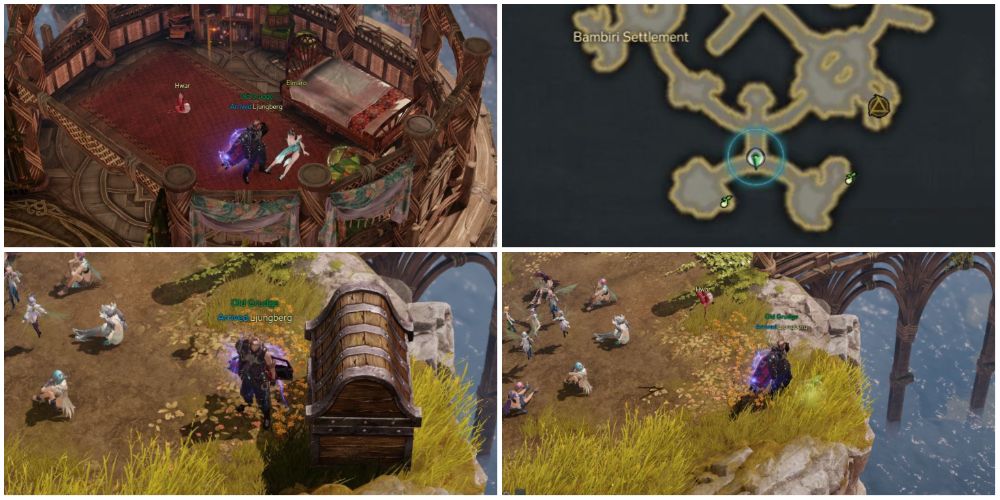 Head over to the Bambiri Settlement Triport, then down the wooden steps that take you southwest. Go left (south) at the crossroads, then left again and up onto the platform there. If you head into the round, straw-covered hut you’ll see NPC Elmaro sitting on a large red rug. Just behind her on the ground is a Mokoko Seed.

Leave this round platform (back the way you came) and follow the wooden path as it curves slowly around to the left, to a stone platform containing a huge wooden chest. Walk over to the chest and play the Song of Eternity. You get this for completing 60 percent of the Rohendel Adventurer’s Tome. You’ll then find a Mokoko under the chest. 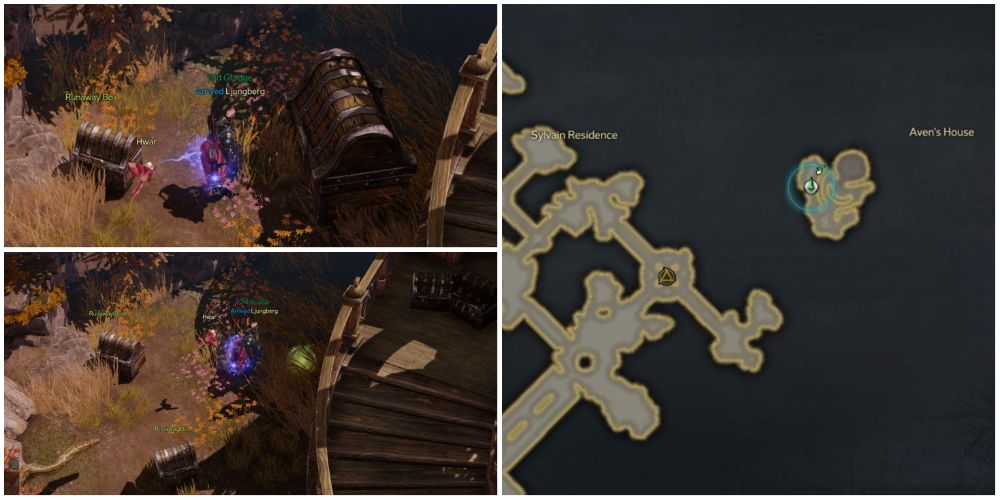 Make your way to the Sylvain Settlement Triport and follow the stone steps southeast. Turn left at the bottom and through the blue portal to Aven’s house. Instead of going up the steps, go left around the side of the house and past the Runaway Boxes. Here you’ll find another huge wooden chest – where you’ll again need to play the Song of Eternity. This will reveal the Seed. 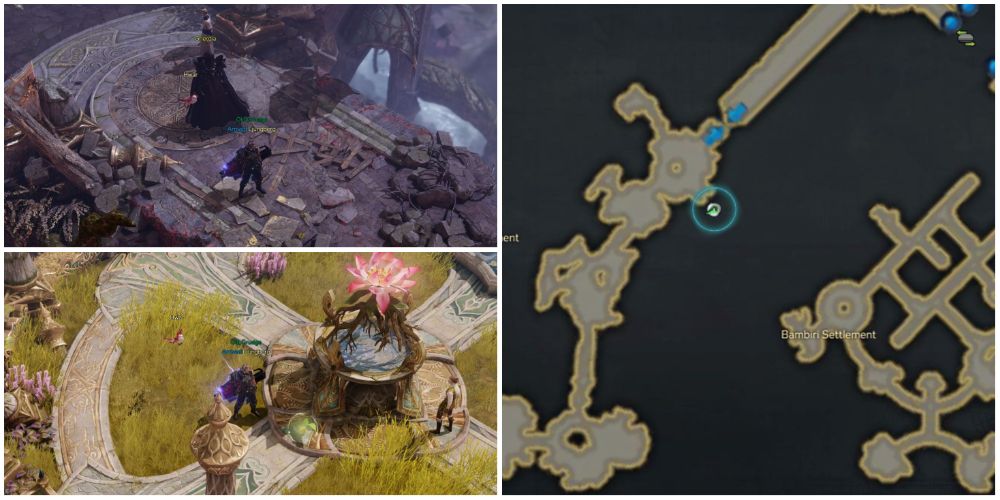 Before getting Seed number six, you’ll need to get some Honey Butter Beer crafted by Ailara, the cook in Rohun. She’s in a building next to the Artisan’s Forest triport, and the ingredients you need are sold by Eiza, who is in the same building.

Portal to the Fairy Settlement and follow the route southeast into Lakeside Plaza. Here, you follow the walkway southwest and jump across into the Destroyed Sylvain Settlement. Just beyond the jump, turn left to find NPC Gherdia standing on a broken stone platform.

Drink the Honey Butter Beer (it has a five-minute duration) and then walk behind him to be transported to a secret area. In the middle of the platform you arrive at is a water fountain – and next to it a Mokoko Seed. 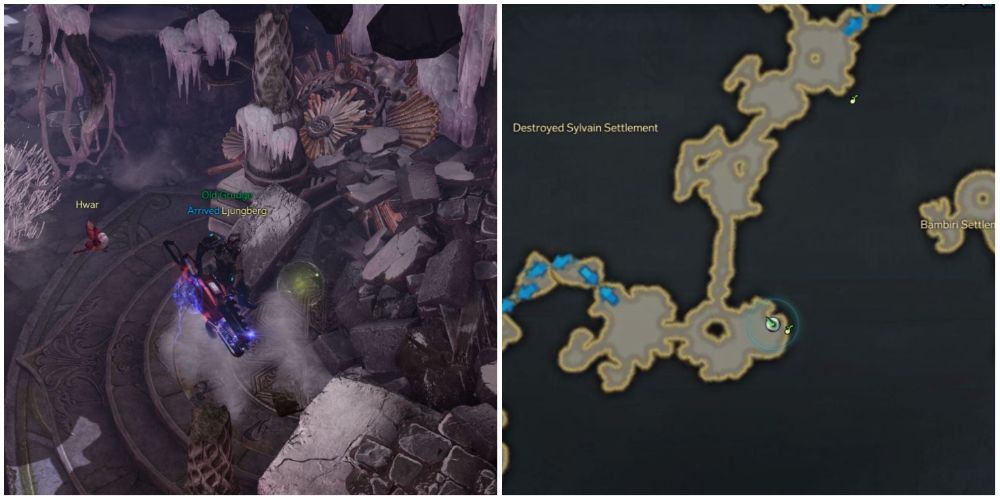 Go back to where NPC Gherdia stands and head southwest, deeper into the destroyed settlement. Stick to the left (south side of the map) as you go and follow the path that then heads directly south.

At the end, again stick to the left edge (now east side) of the map as you work through the snow. You’ll see an ornate circular stone floor covered with broken pillars and rubble. The next Mokoko sits on the stone platform here, next to the broken stone slabs. 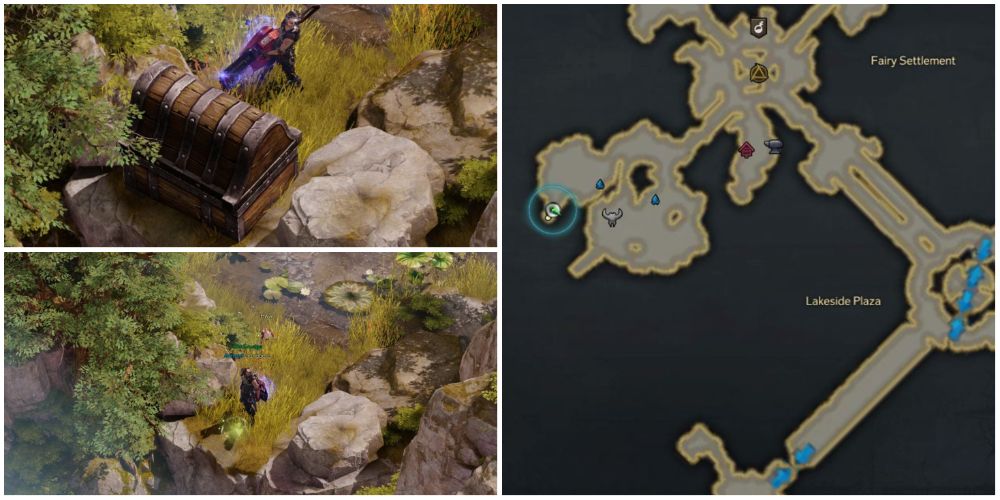 Head back to the Fairy Settlement Triport, this time leaving by the southwest exit. Go under the arch, along the path, then stay right when you get to the large rock. Keep right and head west into the next area, going right down into the corner and through the shallow pool, where you’ll find another huge wooden chest. You know the drill by now: play the Song of Eternity to reveal the eighth Seed. 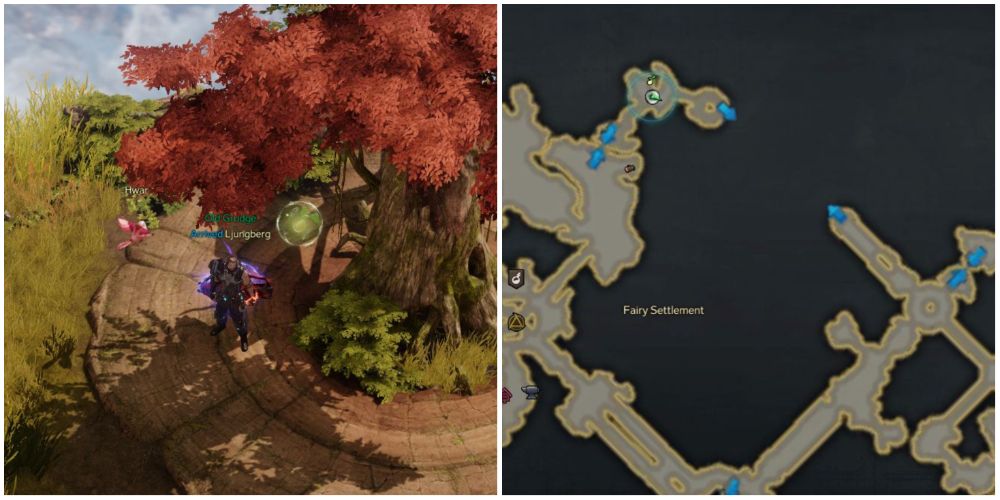 For the final two Mokokos, go back to Fairy Settlement Triport one last time and leave it northeast, across the old tree trunk. Once in the area on the other side, head directly north until you see a climb point and head up the vines. Go up the slope at the top to a circular platform with a tree at its centre. Your next Seed is on the ground under the tree, to the left-hand side. 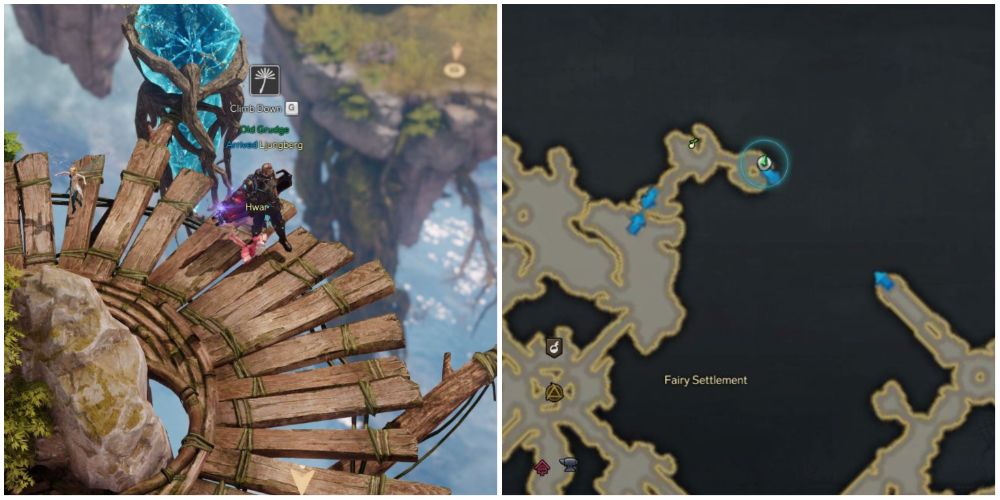 Walk east along the wooden gangway to the next floating platform. There’s a ‘climb down’ point on its northeast side, just to the right of the large blue crystal. If you have 250 Courage, you can float down to the platform below and collect the final Mokoko Seed of Lake Shiverwave. Otherwise, you’ll have to return later to complete your collection.