Magic: The Gathering is no stranger to cards that somehow managed to sneak their way past the censors. I direct you to Clergy en-Vec for an egregious example of a clergyman receiving piety from a particularly devout follower. But perhaps the most famous example of an editorial lapse lies in Uktabi Orangutan–a lapse that has come full circle with Jumpstart 2022.

First printed in the 1997 set Visions, Uktabi Orangutan would go on to set the standard for a bear that could blow up artifacts whenever it arrived. We'll get back to that extremely useful artifact-hating ability later, but for now, take a look at the two monkeys on the right side of the image. It's been understood by Magic fans for some time that those two monkeys are simply doing what comes naturally while observing the majestic bulk of Uktabi Orangutan, which perhaps enhances the experience. No judgment here.

Seven years later in Magic's Unhinged set, Wizards of the Coast decided to lean into the fan theory of the fornicating primates by publishing art in Uktabi Kong of those same two monkeys at the exact same tree, only now one of them is extremely pregnant. The card itself even hints at the activity these two monkeys performed, allowing you to create an Ape token by tapping two untapped Apes. 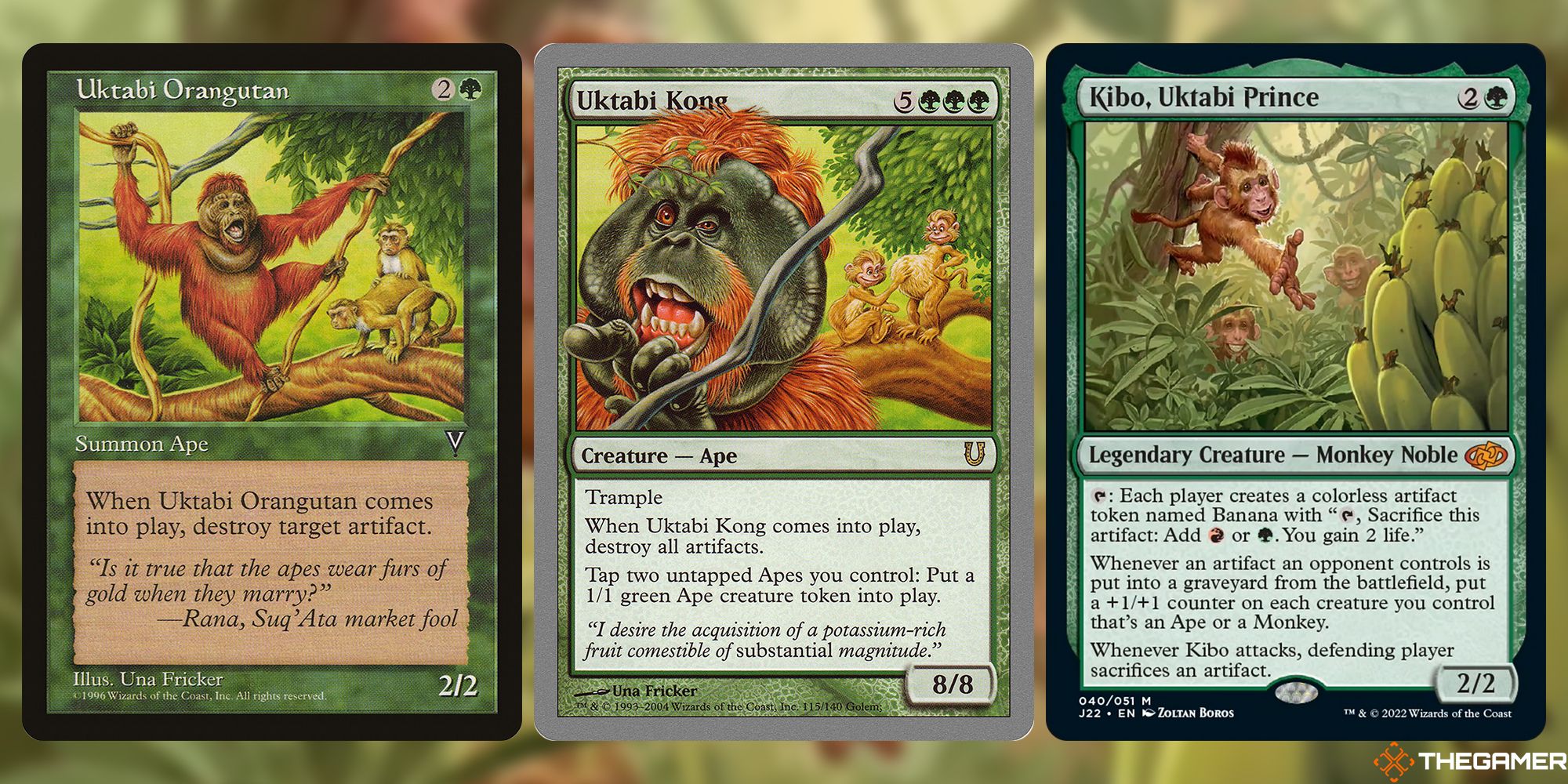 Finally, we arrive at Kibo, Uktabi Prince. There are a few indications that Kibo here is related to the two monkeys first featured in Uktabi Orangutan. First, there's the fact that Kibo is a 2/2 who hates artifacts whenever he attacks, and second, you'll note two familiar-looking monkeys behind Kibo's grasping hand. It seems our pregnant monkey has born herself an Uktabi Prince.

Besides being the culmination of a joke that's lasted over two decades, Kibo is also extremely strong. Even if your opponent doesn't start eating those forbidden Banana tokens, he gives you a mana and two life per turn and also destroys an artifact whenever he swings. But in a multiplayer environment, Kibo could become an absolute monster. I could totally see Kibo becoming a fan-favorite Commander. Just don’t forget Uktabi Orangutan, who is almost certainly Kibo’s godfather.