One of Magic the Gathering's defining story elements is its nearly endless list of worlds, also known as Planes. One set could be based in the Indian-inspired Steampunk plane of Kaladesh, while the next could take you to the magical school of Strixhaven on the plane of Arcavios.

One plane may be radically different from the next, but they're still part of the vast Magic multiverse, and all of them have similarities that define them. Here is everything you need to know about Magic's Planes and Multiverse. 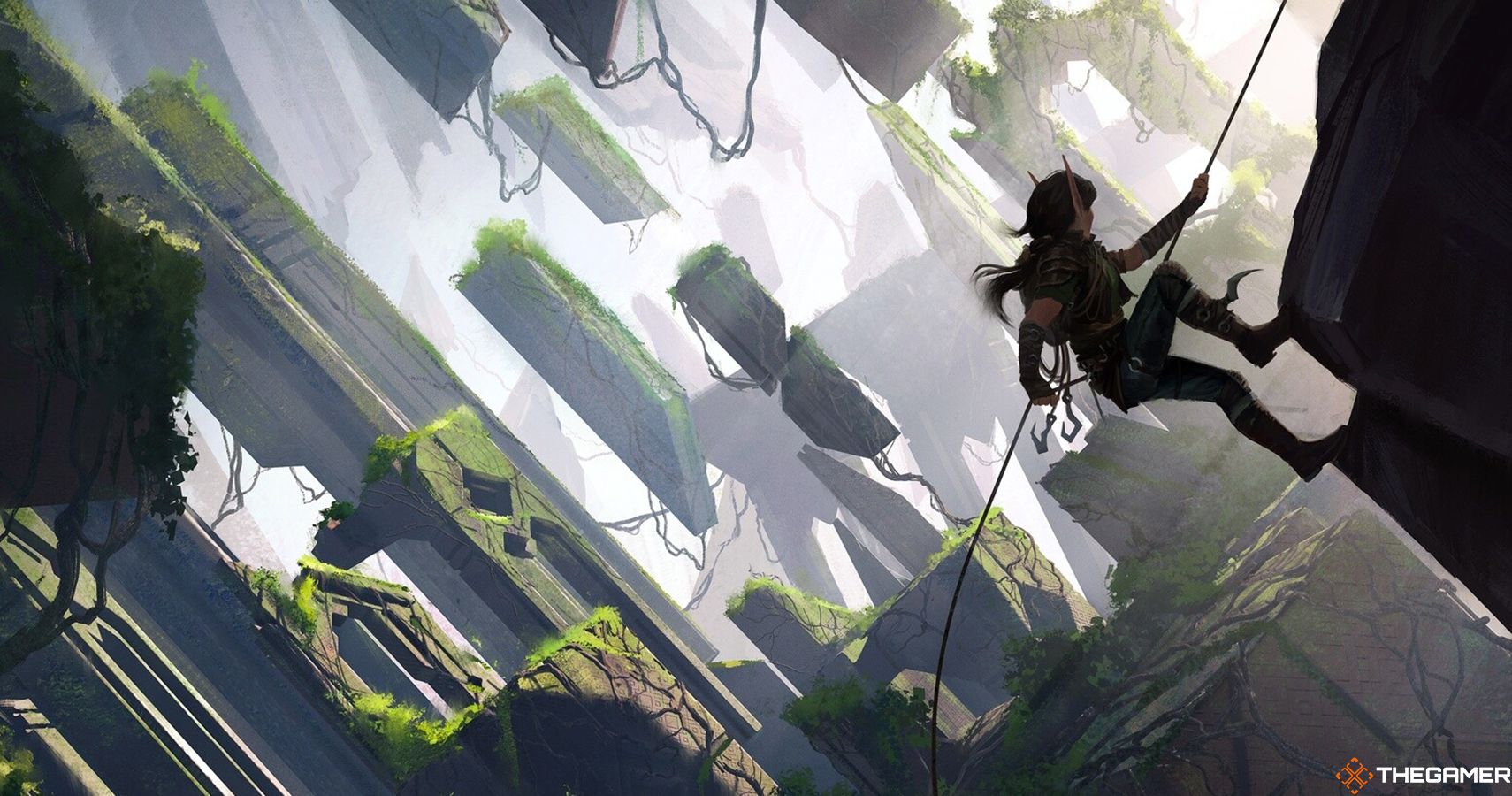 Put simply, a plane is a universe that is part of a vast network that makes up Magic's Multiverse. A plane may be as mind-bogglingly big as our own universe, or it could be as small as a grain of sand.

Most planes we've seen so far are defined by a singular location – the plane of Ravnica is named after the city of Ravnica that covers an entire planet's surface, while Innistrad is a country split into four provinces. However, it is heavily implied that most planes have more to them than we've seen in the game so far. For example, the Mesoamerican-inspired plane of Ixalan may be named after the continent of Ixalan, but there is also the Vampire-ridden continent of Torrezon to the east of it.

Even to the very few people who are aware of planes outside of their own, travel between them is generally considered impossible. The space between each Plane is known as the "Blind Eternities", a chaotic maelstrom of aether and magical energy that kills the vast majority of people who somehow come into contact with it. An infinitesimally small number of people are born with a 'Spark', a magical force that can be ignited through great emotion (usually trauma) and grant them the ability to jump from plane to plane. This turns them into a powerful mage known as a Planeswalker.

Although travel between planes is complicated, it has been achieved by non-Planeswalkers in the past. The most significant example of this was during the War of the Spark, where the elder dragon Planeswalker Nicol Bolas' undead armies were marched from Amonkhet into Ravnica through a portal created on Kaladesh known as the Planar Bridge.

What Is The Multiverse? 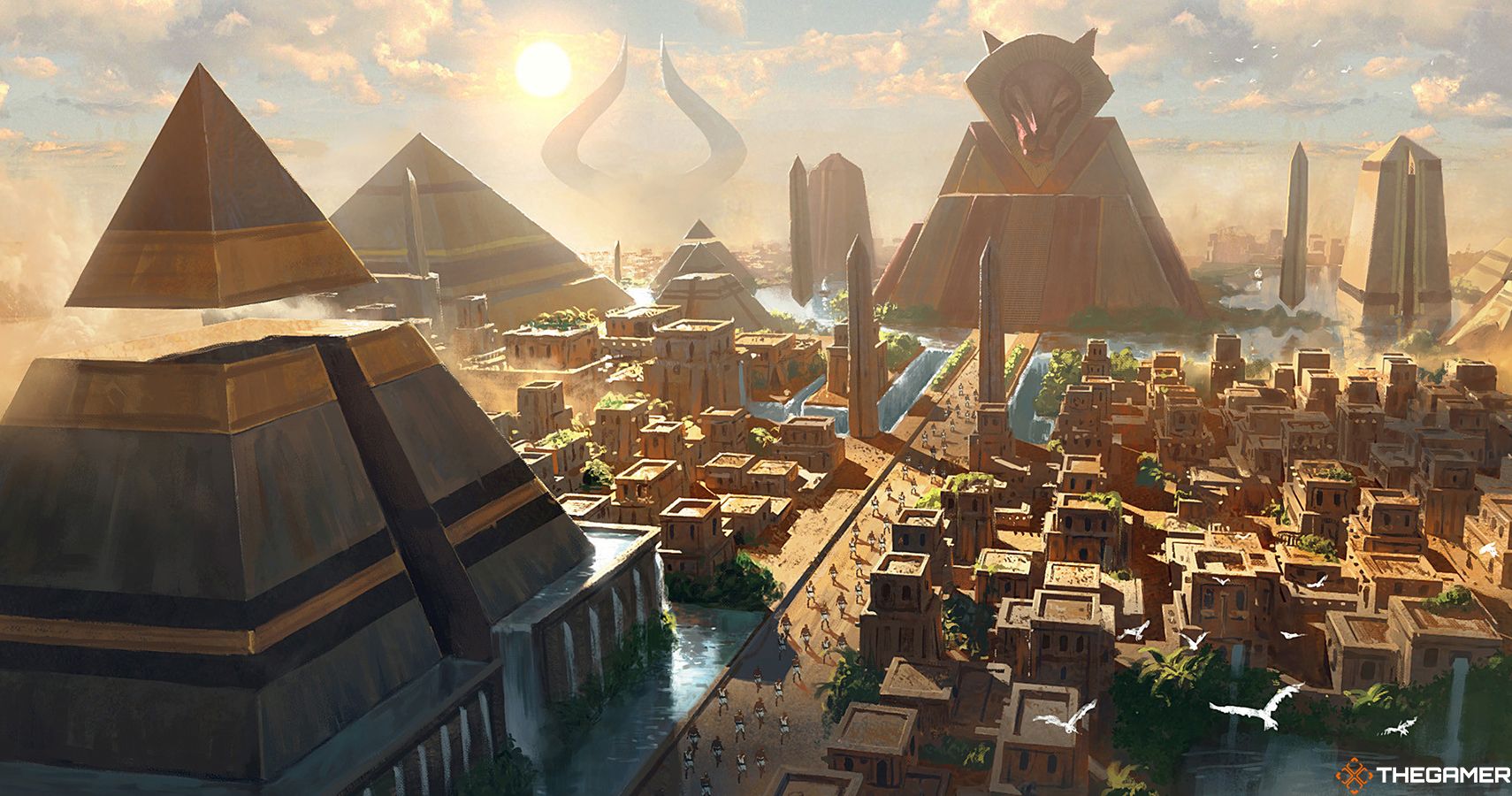 As mentioned, the Multiverse is the overall mess of planes floating around in the Blind Eternities. While not considered to be infinitely big in and of itself, the Multiverse is said to be so vast that nothing living inside of it could ever hope to count the total number of planes it contains.

For an unknowably big, chaotic ball of universes, the Multiverse is actually surprisingly well-structured. Each plane is thought to have its own location within the Multiverse which remains relatively stable. Ixalan is said to be 'close' to the plane of Kaldheim (close enough for the Planeswalker Hutali to see it through a rift at a time when Ixalan was sealed off from the rest of the Multiverse), and Dominaria was, at least once, considered to be at the very center of the Multiverse. Ulgrotha, on the other hand, is considered a "backwater" Plane, far away from anything else.

Where a Plane sits within the Multiverse can even affect the nature of the Plane. Kaladesh is said to sit at the very edge of the Multiverse, where the boundaries between the Blind Eternities and whatever is said to lie outside of the Multiverse are very thin. As a result, Aether from the Blind Eternities floods into Kaladesh, reducing its magical potency but providing them a great source of energy to fuel their many artifacts. The swirling of aether in the atmosphere directly shapes the landscape, with trees, islands, and seas swirling into spirals to match it.

Time also seems to run similarly on most Planes. For instance, the events leading up to the War of the Spark were spread across Amonkhet, Zendikar, Kaladesh, Ravnica, and Ixalan, with Planeswalkers moving from one to another while still keeping in sync with each other. Kamigawa is another noteworthy example of this, as its first appearance was set thousands of years in the past. It won't be until Kamigawa: Neon Dynasty that we see how the plane is faring now, around the same time as sets like Innistrad: Crimson Vow or Strixhaven: School of Mages.

'The Multiverse' isn't the only multiverse in Magic, and things can exist outside of it. Parody sets like Unglued and Unfinity take place in their own world outside of the Multiverse, known as the "Un-iverse", and the set Planar Chaos saw different, alternative multiverses press their way into Dominaria through a series of time rifts. 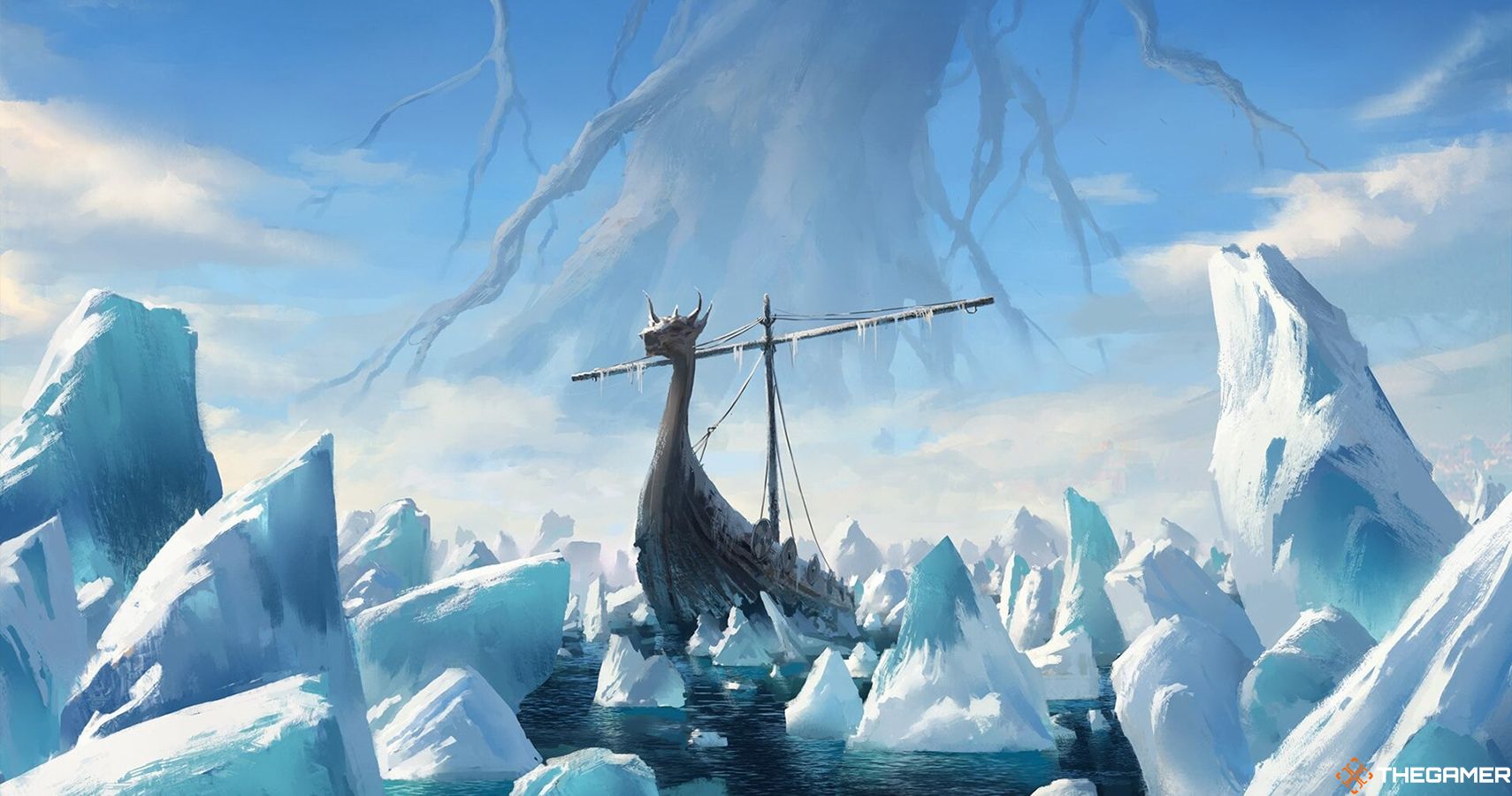 Generally, how a Plane is created isn't known, but we have seen particularly powerful Planeswalkers make their own. Serra's Realm was an angelic paradise created by Serra, and Argentum was a world of metal created by the golem Karn before it was corrupted and turned into New Phyrexia.

Sometimes a Plane might be an offshoot of an already existing one. Although not considered Planes individually, the five Shards of Alara were five worlds sealed off from each other, giving Bant, Esper, Grixis, Jund, and Naya the feeling of individual Planes before they were brought back together in an event known as the Conflux. Likewise, Valla was originally one of the realms of Kaldheim before it and a portion of Immersturm fell away from Kaldheim's world tree and became its own Plane.

What Is The Mending? 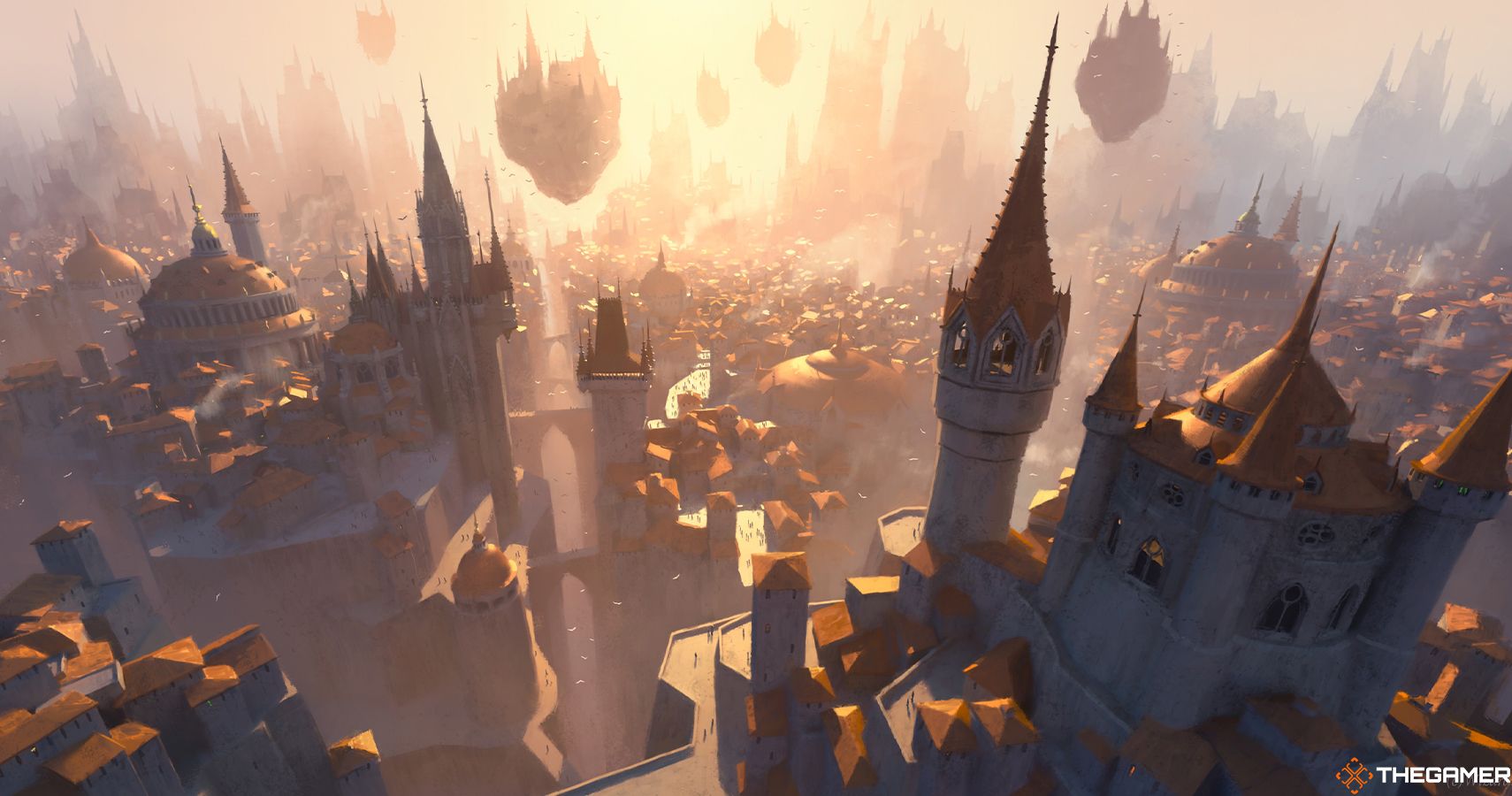 The Mending is the single most important event in the entirety of the Magic Multiverse's history, happening approximately 60 years before the present day. It was effectively a reboot that saw the power of Planeswalkers significantly reduced and the metaphysics of the multiverse changed forever.

The Mending began on Dominaria. Time rifts had ripped the multiverse apart, with different times and alternate realities bleeding through into each other and Dominaria at the heart of it. After the plane's most powerful Planeswalkers sacrificed either their lives or their sparks, a powerful blast of magical energy was released by the Planeswalker Jeska, spreading through the cracks in the multiverse and healing the rifts on every single affected Plane.

While the multiverse was safe from disintegration, it was permanently changed as well. Planeswalkers saw their power hugely reduced – people who were once nigh-immortal gods became mortal once more – and all previous ways of traveling between planes were shut off. The Multiverse became more isolated and a harsher place where even Planeswalkers could be killed and most non-Planeswalkers were unaware of the worlds outside of their own.

In terms of Magic's continuity, the Mending is the major epoch that splits 'old Magic' from the Magic of today. Characters like Urza, Jeska, Tevesh Szat, and the Weatherlight Crew are considered "Pre-Mending" and play less of a role now than they did in the first years of the story, while Planeswalkers we know of today like Ajani, Kaya, and Jace are all "Post-Mending". There are some pre-Mending characters still present in the story, though weakened by the Mending, like Lilliana Vess, Teferi, Karn, and Ugin.

How Many Planes Are There? 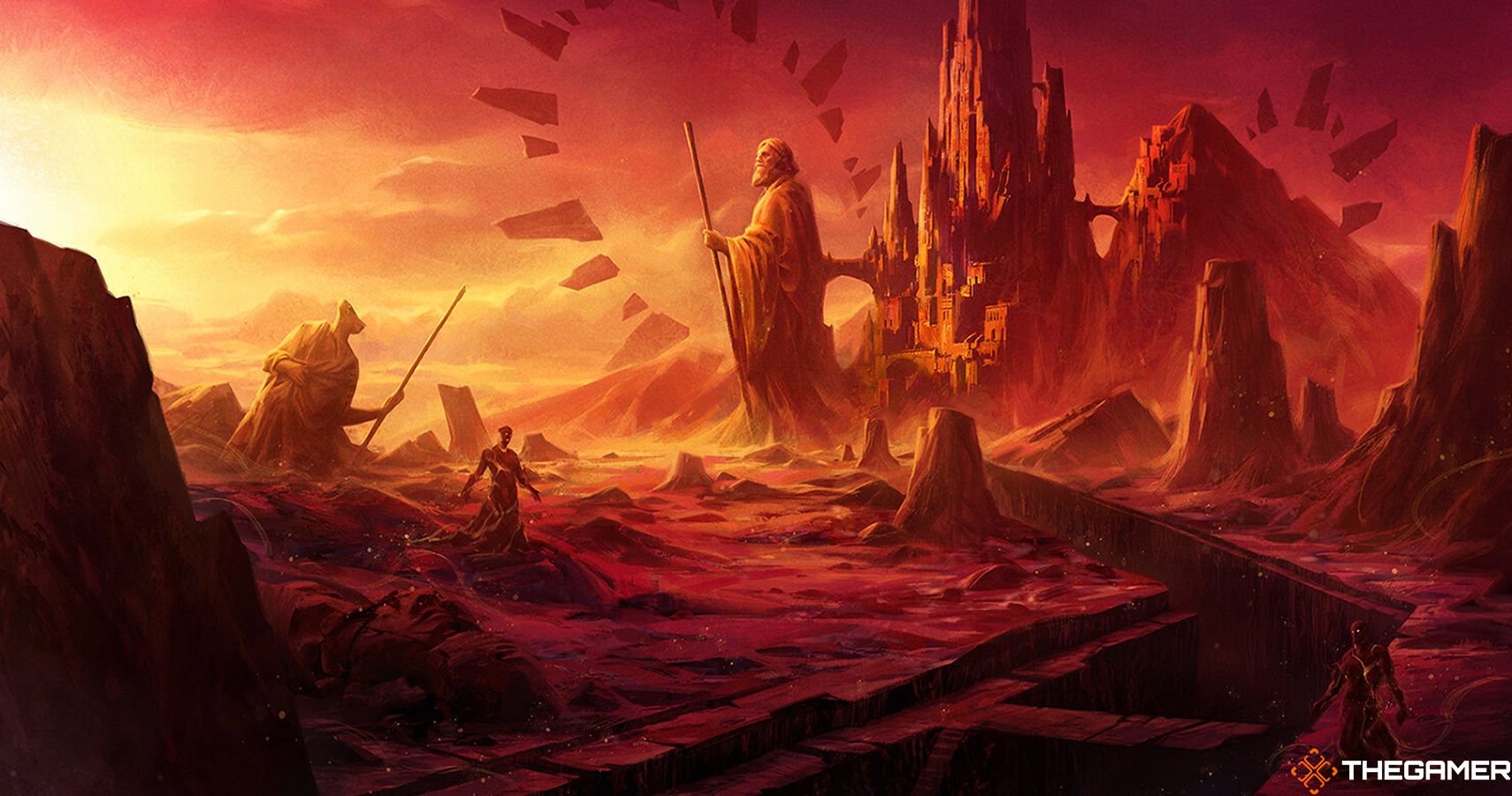 It is said to be impossible to count how many individual planes there are. Even looking at Magic as a game, counting every plane is impossible, as there are cards whose settings are ambiguous.

As of Innistrad: Crimson Vow, there have been at least 83 named planes in Magic's story. This includes primary settings for sets, like Kaladesh, Ikoria, Eldraine, and Innistrad; planes that have only been seen on individual cards or in the Planechase format like Muraganda and Segovia; and planes mentioned elsewhere, like Teyo Vorada's home plane of Gobakhan or the Seven Planes of Parnash (each counted individually).

That being said, some planes do pop up a lot more frequently than others: