There are a lot of Mono-Green Commander decks available in the Magic The Gathering Commander format. Oftentimes, they are battle and combat-focused, either flooding the field with creatures or ramping into large game-ending cards.

Since Green is the Color of ramp, Mono-Green Commander decks often are able to maintain their mana and easily ramp into their key cards. The cards listed here are not meant to be your Commander – rather, the cards that go inside the deck itself. Mono-Green, like the other Mono Colored decks, has access to staple cards that normally wouldn't be played in a multi-Colored deck, and would go under the radar otherwise. 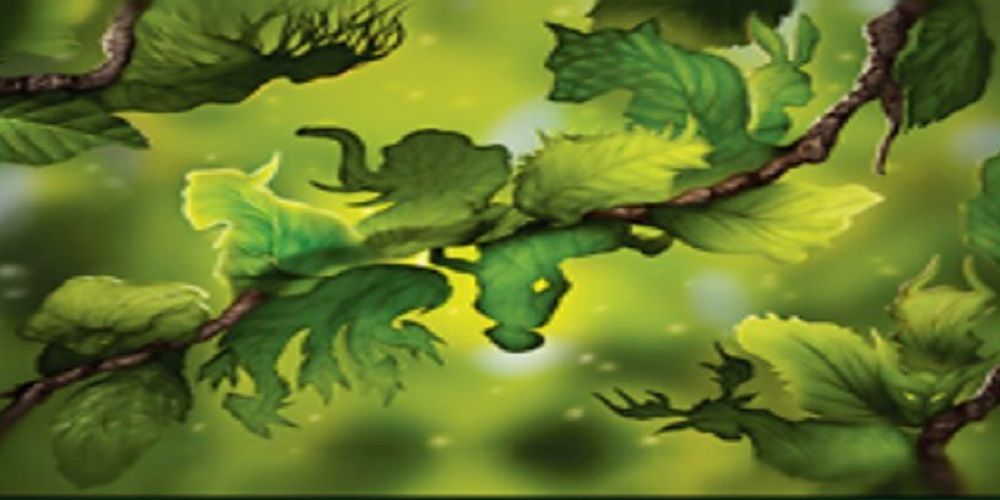 Sylvan Anthem is an easy-to-cast enchantment, only costing two Green mana to cast. Once it hits the field, it allows all of your Green creature cards to build you value.

It will give all of your Green creatures a +1/+1 boost, as well as allow you to scry one whenever a Green creature enters the battlefield. This counts creature tokens entering the battlefield as well. Since Mono-Green decks generally take advantage of a lot of creatures, this allows you to constantly scry cards from your deck to ensure that your next draw will never be a bad one. 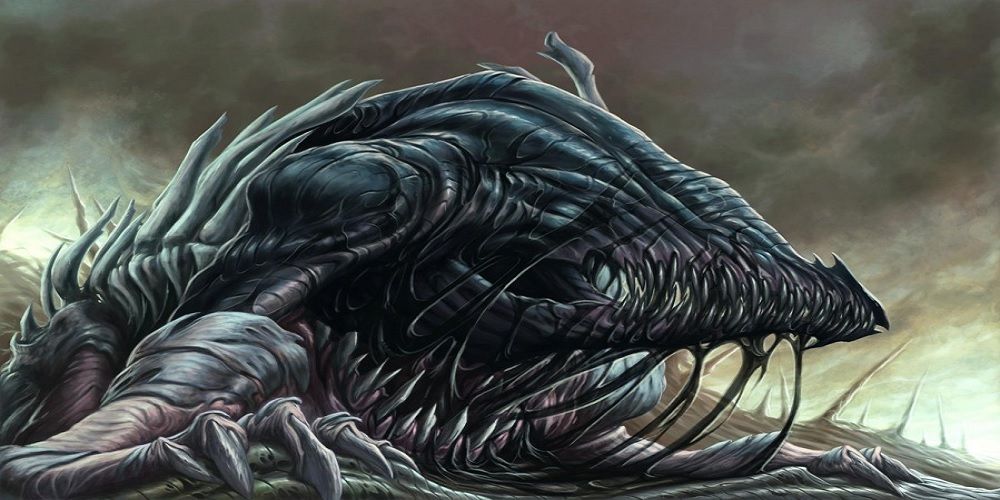 Green decks generally don't have access to a lot of removal spells. The ones they do have generally rely on your own creatures to either fight other creatures on the field or deal damage equal to their power. Beast Within is one of the few Green cards that can just destroy a permanent on the field.

This includes lands, giving Beast Within a ton of versatility. It does leave the owner of the destroyed permanently with a 3/3 token, but it's a worthwhile trade-off for getting rid of one of the problem permanents on the field. 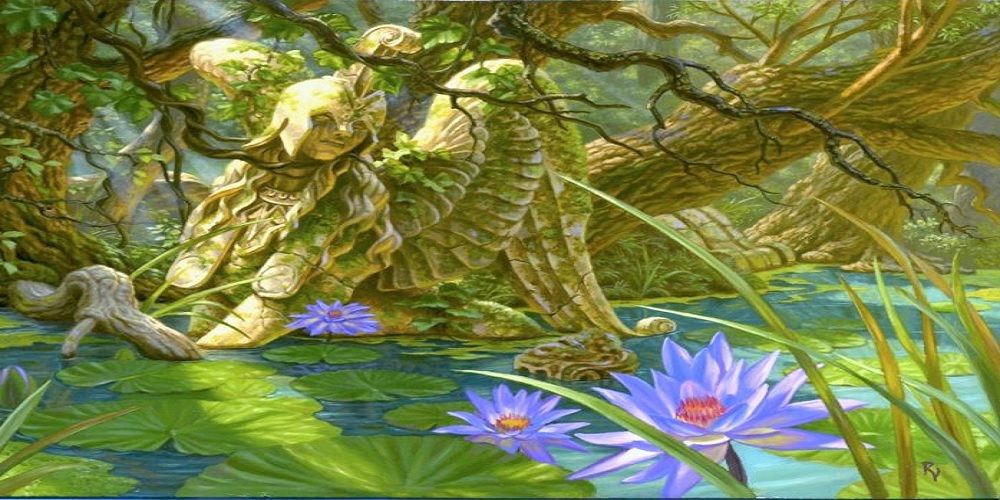 Green has no shortage of cards that can destroy artifacts and enchantments. Since Mono-Green decks want to be mana-efficient, playing with one lower on the mana curve is ideal. This is why Nature's Claim is the best choice for a Mono-Green deck.

It only costs one Green mana to cast and can destroy any artifact or enchantment at Instant speed. It does give the opponent four life, but this downside is hardly impactful, especially considering you'll likely have a field full of creatures to take it away just as quickly as they got it. 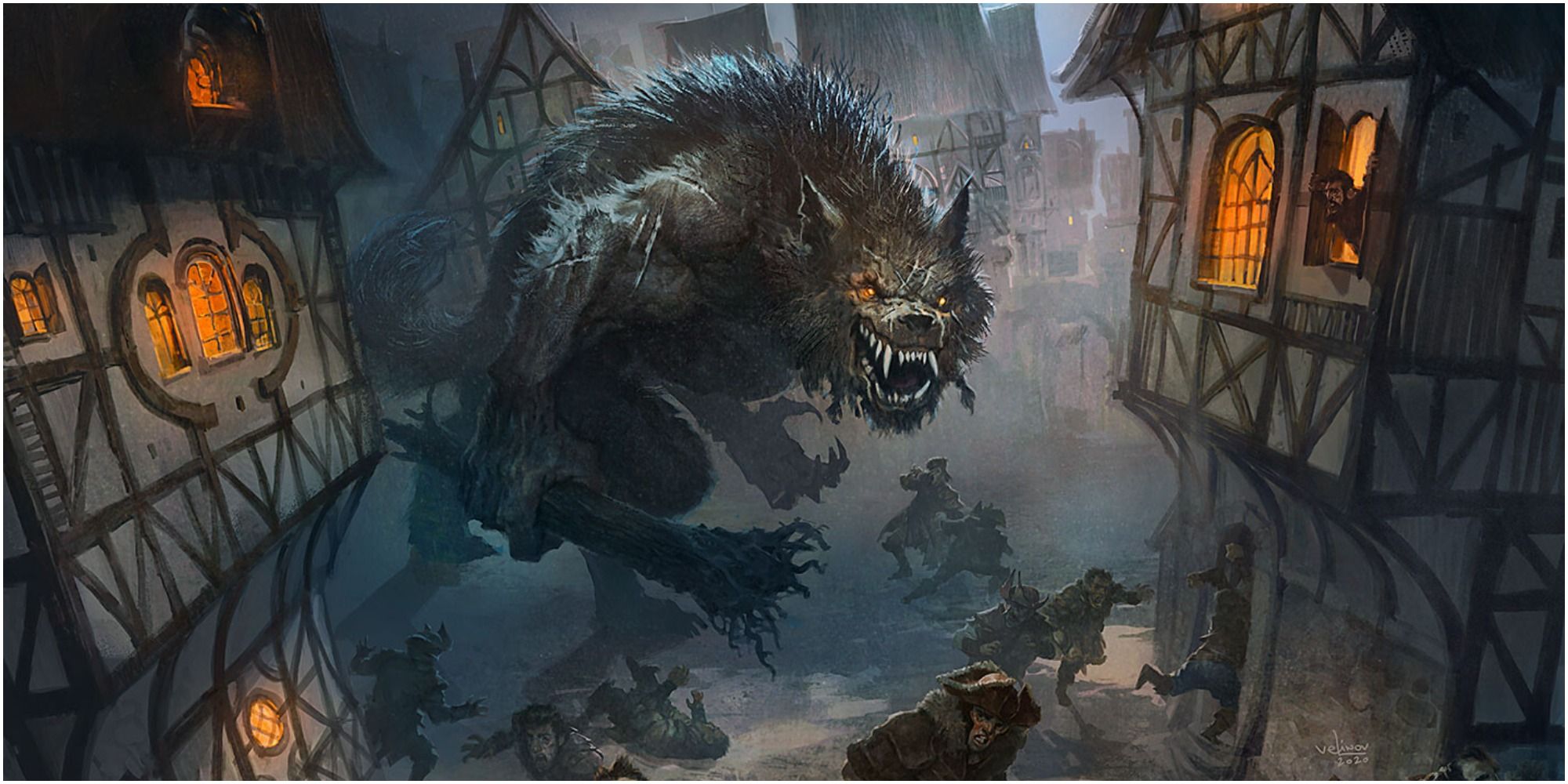 Unnatural Growth is a must-run enchantment for the creature and combat-focused decks, which most Mono-Green decks tend to be. It has an easy casting cost for Mono-Green, needing one generic mana and four Green to cast.

Once it hits the field, it deters opponent's from attacking you, as all your creatures will have double power and toughness for every combat phase, not just your own. It will force out blockers when you attack, as otherwise, the opponent may be facing down lethal damage thanks to the hefty boosts Unnatural Growth gives your creatures. 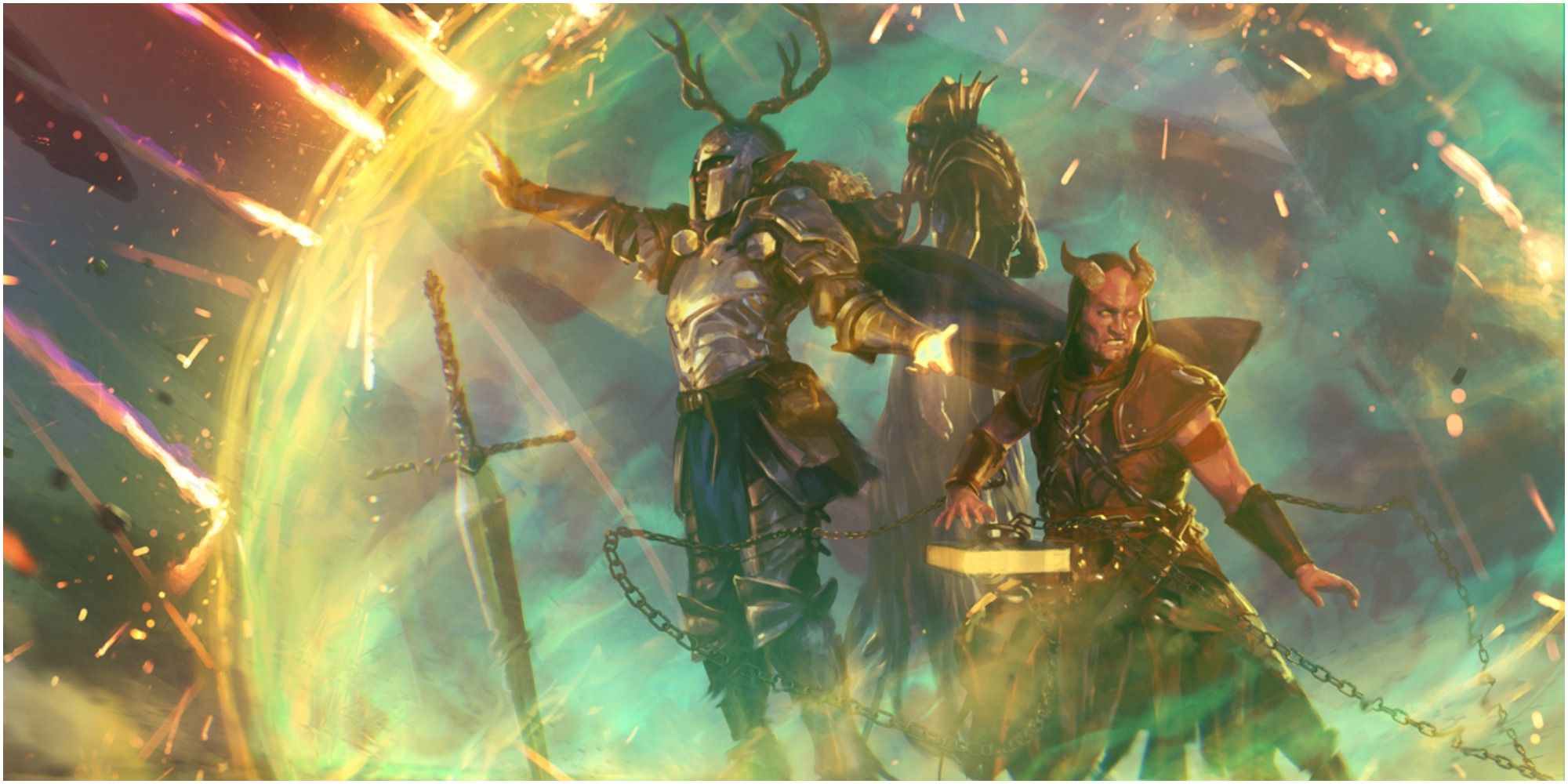 Heroic Intervention is one of the best Green cards in the entire Commander format, so it's no surprise that it is also one of the best cards for Mono-Green decks to be running. It's especially important as you will likely be winning through combat damage, and the ability to make your creatures Indestructible will help you keep them around.

It only costs one generic mana and one Green, making it trivial to cast. It can be played both defensively and offensively in Mono-Green, helping to compliment the main win-conditions of combat for Mono-Green Commander decks. 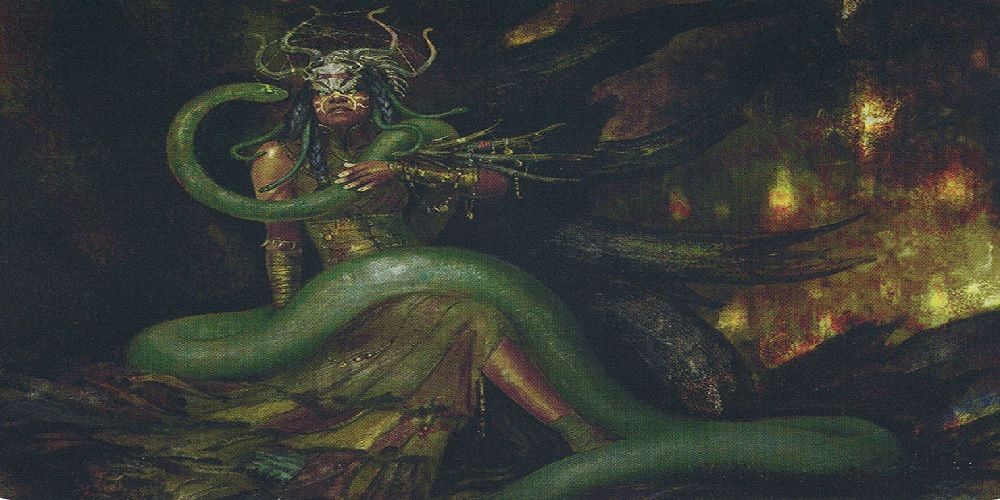 Saryth, The Viper's Fang can be played as a Commander, but it's an amazing card in the 99 as well. It gives all your creatures both offensive and defensive traits. Saryth will give all your untapped creatures hexproof, and all tapped creatures deathtouch. This protects your creature outside of combat and makes them scary to block during combat.

Saryth, The Viper's Fang can even tap itself and pay one generic mana to untap another creature or land. This allows you to either save a creature from being targeted or untap a combo piece to continue on with a combo. 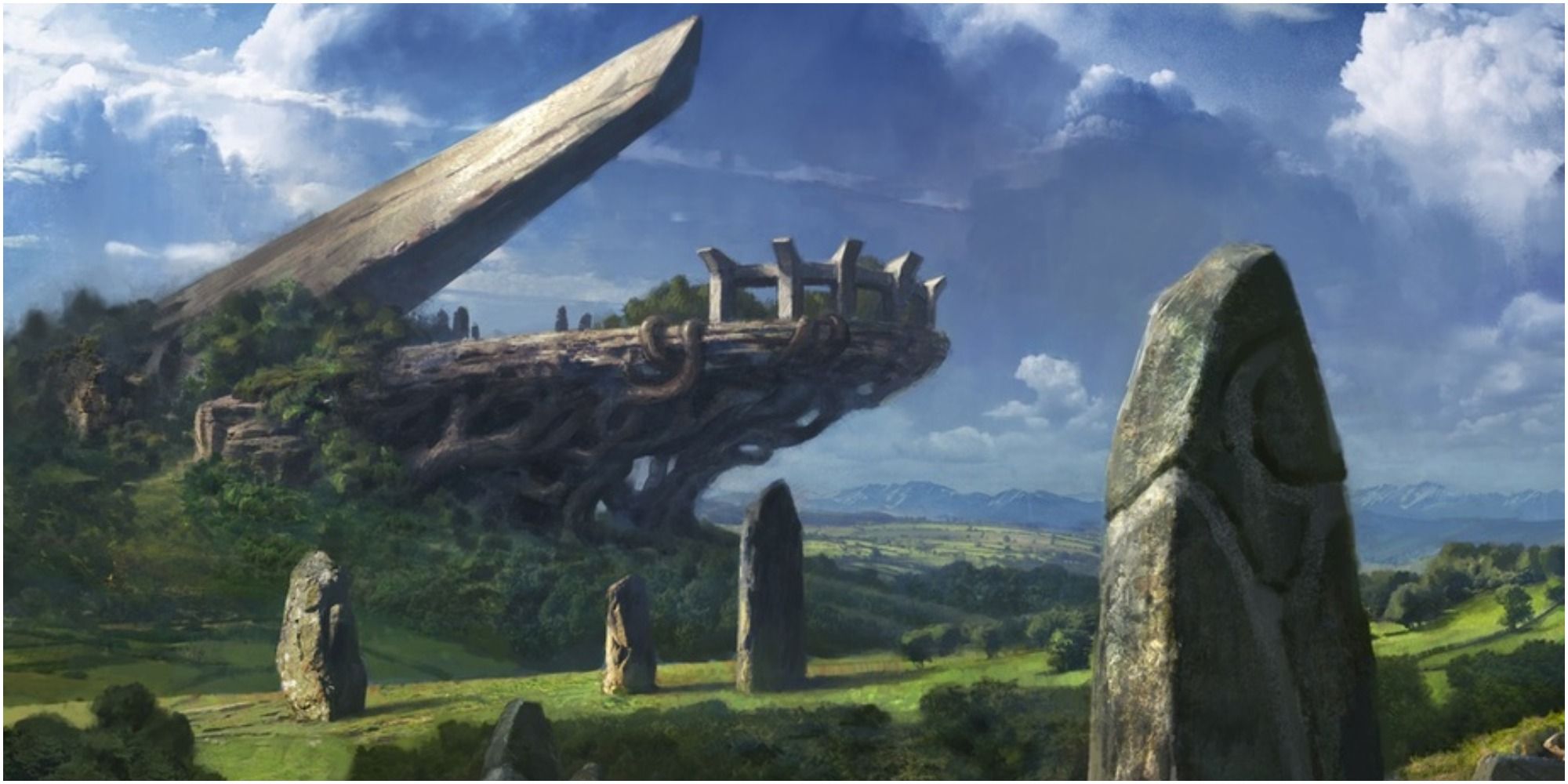 Castle Garenbrig is a solid Green land for any creature-heavy decks. It does come in tapped if you don't control a Forest, which in Mono-Green will almost never happen. Once it hits the field, by paying two generic mana and two Green mana, you can add six mana.

This mana can only be used to cast creature spells, but in Mono-Green that's likely what you want to be doing anyway. The ability to turn four mana into six is fantastic, and Castle Garenbrig can still be used as a regular Forest if need be. 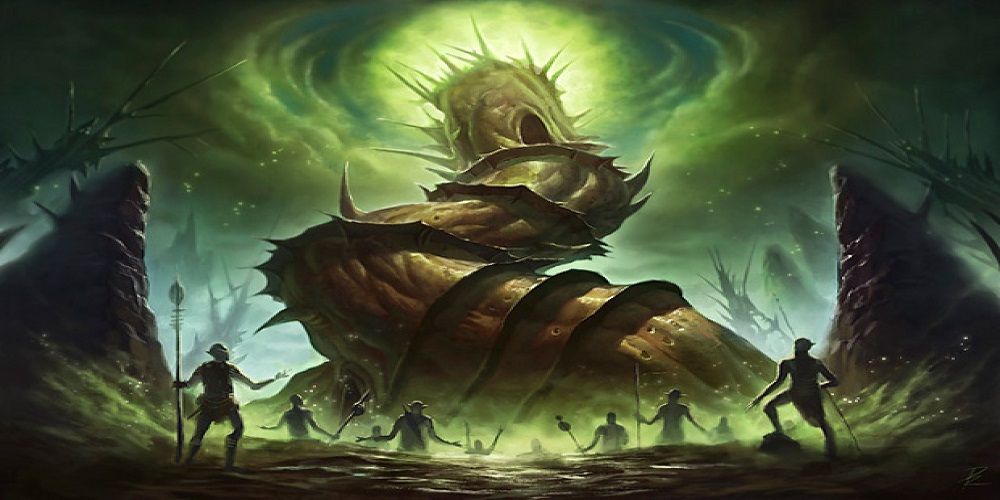 A card that can place any creature from your deck onto the battlefield is likely going to be powerful. Green Sun's Zenith only cost one Green mana to cast as well as X mana. The X value paid will determine what creature you get, allowing you to get a creature with a shared mana value or less than the cost paid.

Green Sun's Zenith allows you to easily get one of your creature-based win conditions onto the field. Alternatively, it can get you a card you need to set up for one of your combos. 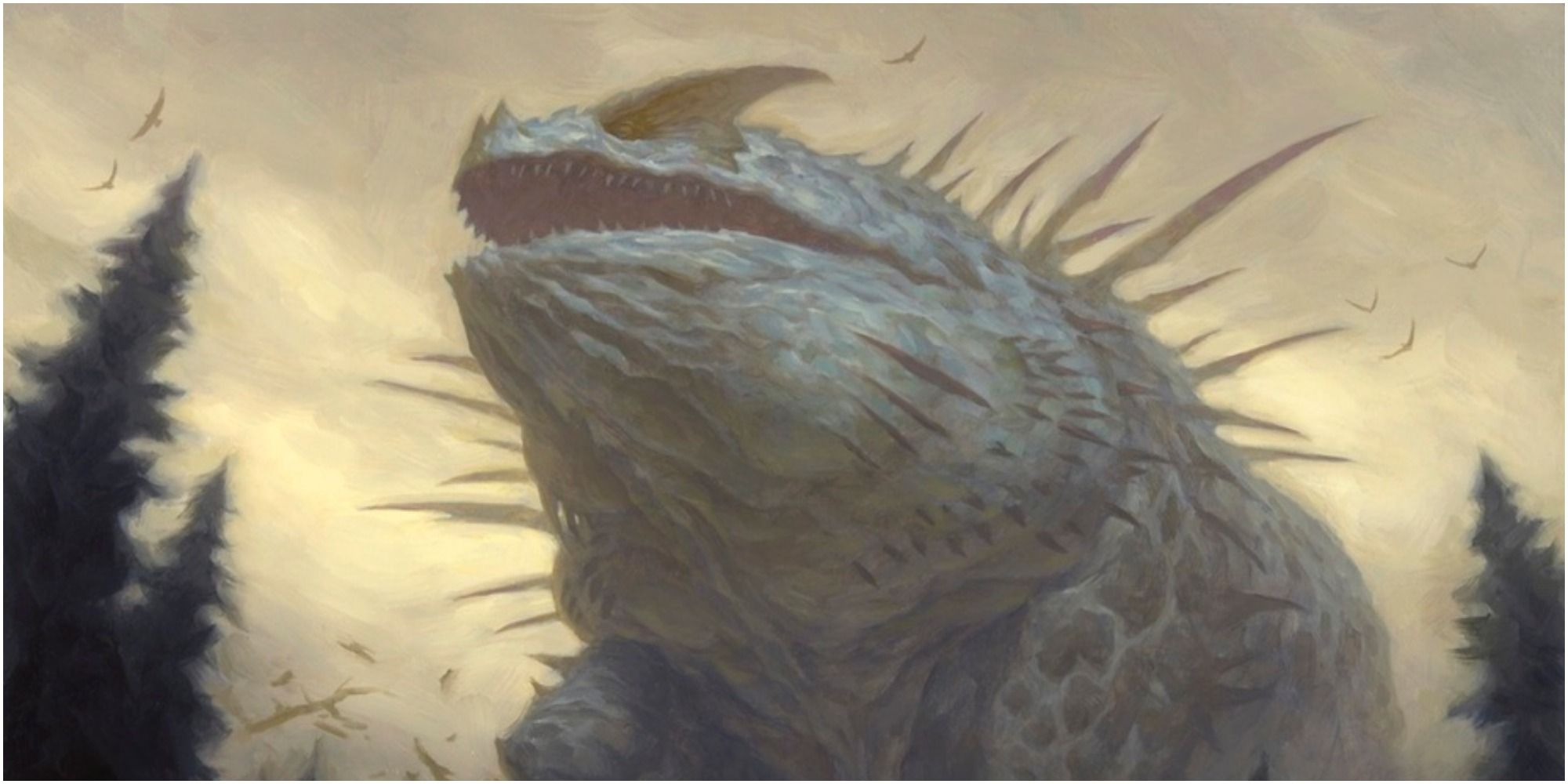 Craterhoof Behemoth is one of the main win conditions for a Mono-Green Commander deck. When it enters the battlefield, all creatures get +X/+X, where X is the number of creatures you control, including itself, as well as trample.

Sine Mono-Green decks generally are creature and combat-focused, this makes Craterhoof Behemoth especially terrifying, as the X values will likely be very high, allowing you to swing out with giant creatures, all that gain trample to likely take anyone, if not the entire group of players out in one combat phase.

1 Ashaya, Soul Of The Wild 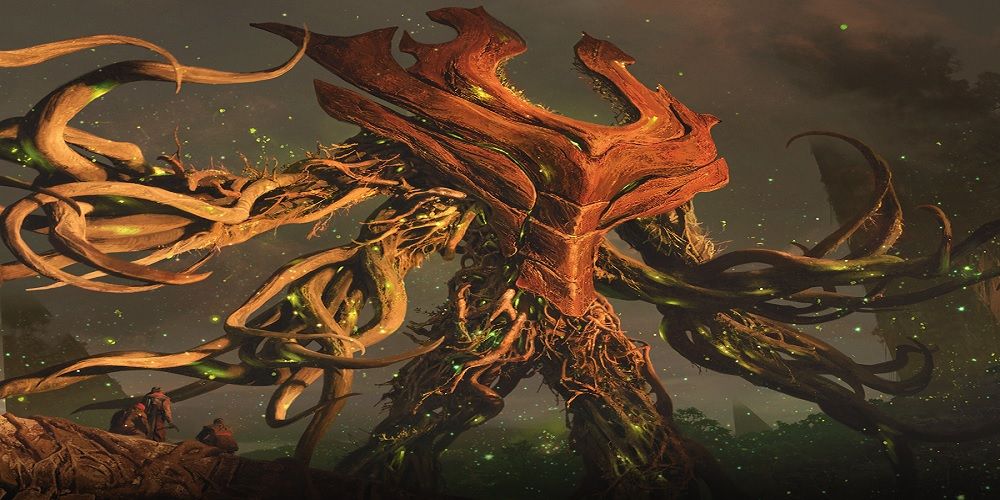 Ashaya, Soul Of The Wild is one of the best Green creatures out there. It will instantly give you access to a lot of extra mana, as it will turn all your nontoken creatures into Forests as well as their other types. This allows you to tap them to add Green mana to your mana pool.

Ashaya, Soul Of The Wild turns all of your weaker creatures into useable mana. All creatures give Ashaya a power boost as well, as its power and toughness are equal to the Forest you control. In Mono-Green especially, you will have a ton of Forest to give Ashaya some enormous statlines.