Almost everything can be found on the black market on Magic The Gathering's crime-ridden plane of New Capenna. An intricate network of smugglers and couriers keep the Halo flowing through the city, and you can find anything from magical artifacts to a hired assassin for the right price.

This secrecy is represented through the Hideaway mechanic, returning to Standard for the first time since 2007's Lorwyn. But what is Hideaway, and how does it work? Here is everything you need to know about Hideaway. 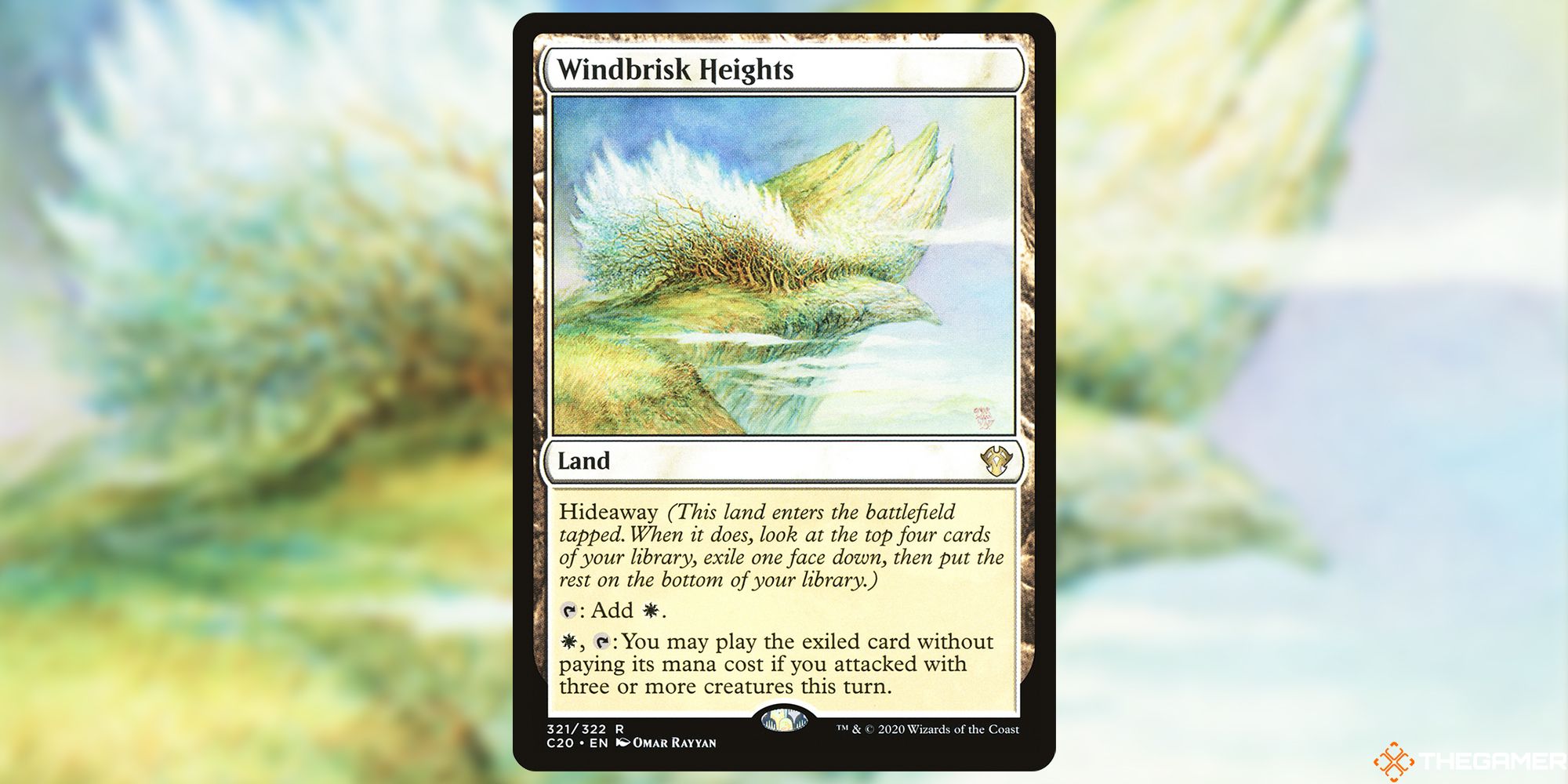 Hideaway is a triggered ability found on certain permanents. When a permanent with Hideaway enters the battlefield, you look at the top X cards of your library, where X is the number listed after "Hideaway" on the card. Then, you can place one of those cards face-down in exile, and the rest go on the bottom of your library. You are allowed to look at the card, but your opponents may not.

Cards with Hideaway will have a condition on them that allows you to play the exiled card without paying its mana cost. For example, Windbrisk Heights lets you pay one white and tap it to play the card if you attacked with three or more creatures this turn, while Wiretapping lets you play it if you have nine or more cards in hand. This isn't an inherent part of the Hideaway ability, and each card has its own requirements.

Also keep in mind that, although "you may play" does mean you ignore timing restrictions and can play sorceries and creatures at instant speed, any lands you play through it will still count as your land drop for that turn. If you can't play the card, whether it be because it's a land and you've already played one, or if there are no legal targets for the spell, the ability fizzles and the card remains hidden in exile until you try to play it again.

An interesting quirk of Hideaway is that if you steal control of a Hideaway permanent, you also gain access to the card it exiled. You'll be allowed to look at the card and cast it yourself, just as you would if you were the one who exiled it in the first place. 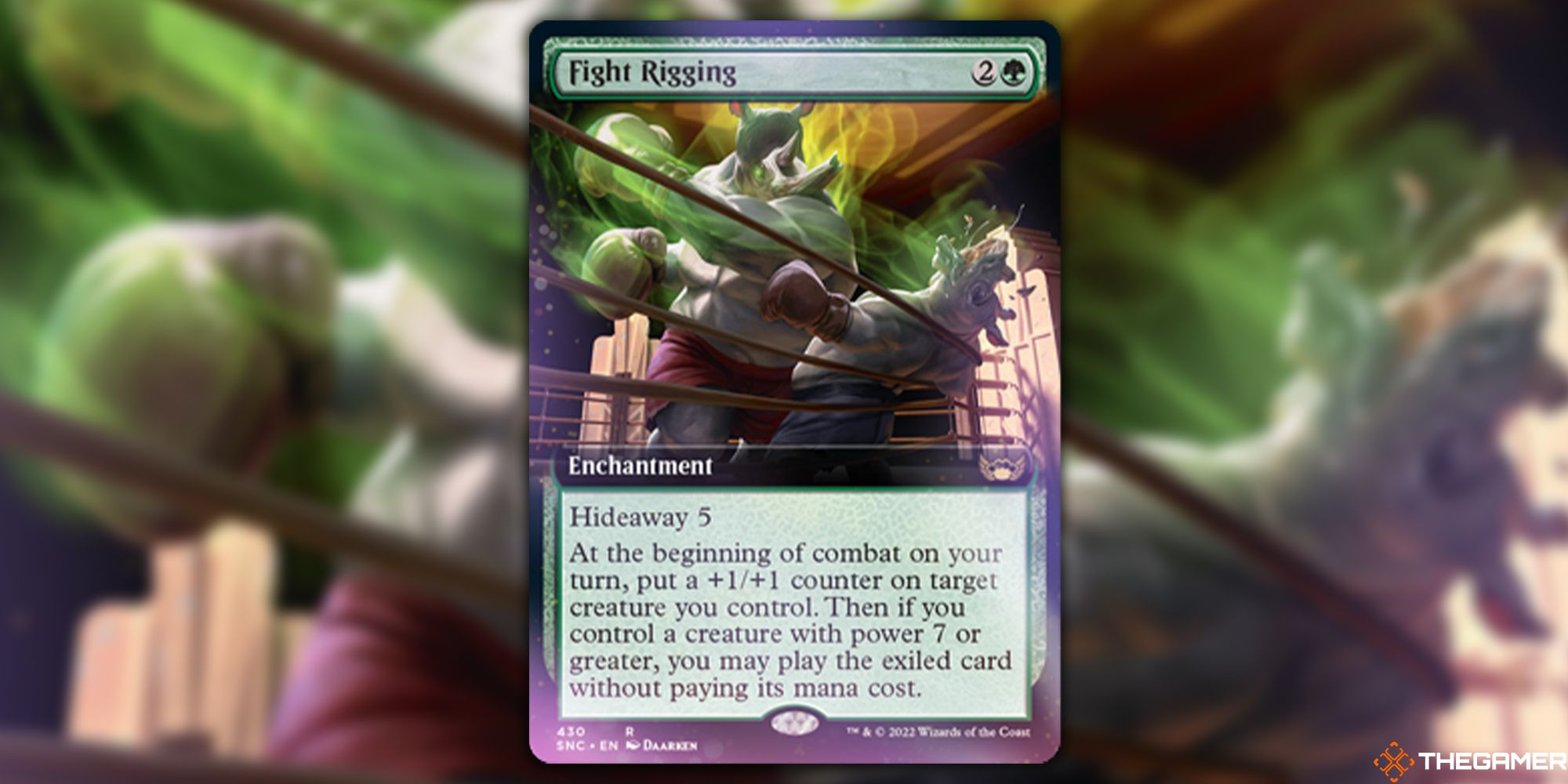 Despite debuting in 2007, 2022's Streets of New Capenna introduced a major rule change to the core functionality of the Hideaway mechanic.

Before New Capenna, there was no such thing as a "hideaway number". Every Hideaway permanent before that always looked at the top four cards of the library. With Streets of New Capenna, older Hideaway cards like Mosswort Bridge or Watcher for Tomorrow are errata'd to instead say "Hideaway 4".

Another change was to remove a previously inherent part of Hideaway that made the permanent enter the battlefield tapped. This was a state-based action bundled up with the triggered ability under the name of "Hideaway", but it has now been removed as of New Capenna. Older cards will also be errata'd to add "enters the battlefield tapped" to their text to ensure that they continue to work how they always have but any newer card that don't say this will enter untapped as normal.

How To Use Hideaway 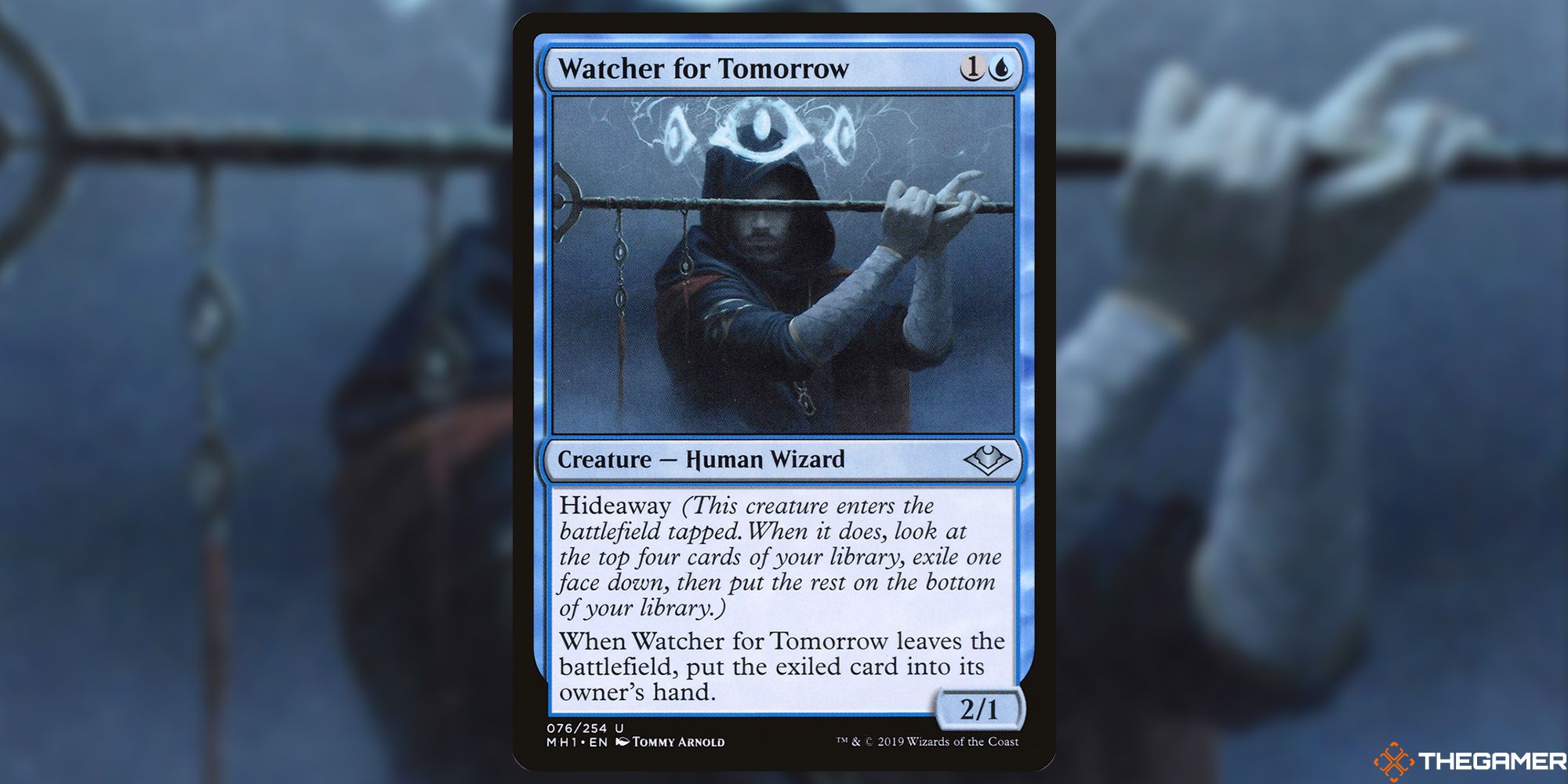 Hideaway is a very powerful mechanic in the right hands – anything that lets you play a card without paying its mana cost is inherently dangerous. However, the tricky bit comes with meeting the requirements needed.

Some cards are a lot easier than others. Windbrisk Heights only needs you to attack with three creatures and is white. Fight Rigging needs a creature with seven or more power and puts +1/+1 counters on things to make it even easier. On the other hand, Howltooth Hollow requires every player to have no cards in hand, which can be virtually impossible in many games.

If you've got any ways of stacking the top cards of your deck before playing a Hideaway card, it's a good idea to do so. For instance, scrying cards you don't want out of the way to find the heavy hitters you'd like to play for free is a good move, as are cards like Brainstorm, Frantic Salvage, or Once and Future.

What Colour Is Hideaway? 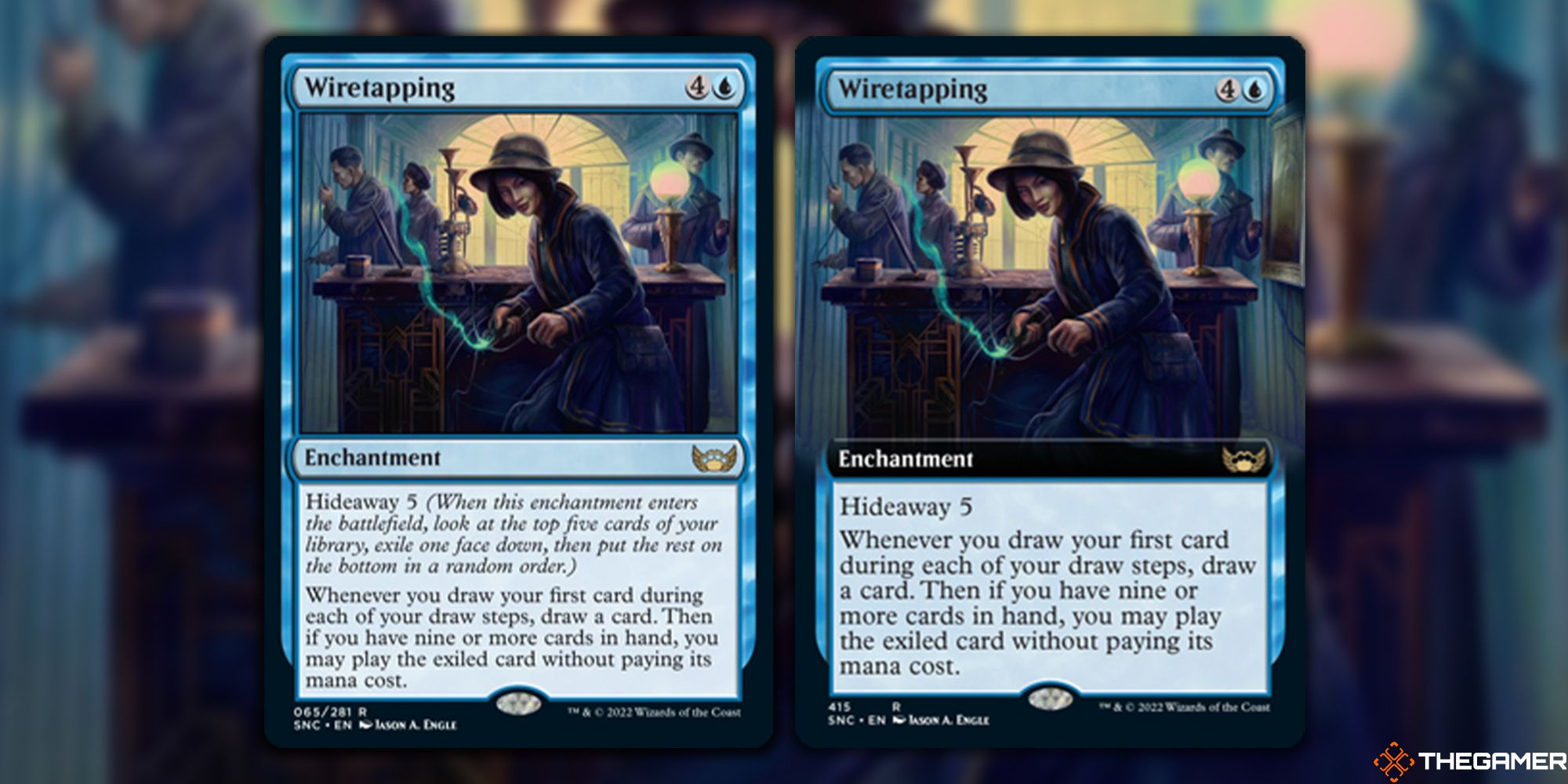 We are still in the midst of the Streets of New Capenna preview season at the time of writing, so it is difficult to say exactly how many cards will use Hideaway.

However, there are 11 cards with Hideaway: two blue, one black, one green, and technically five colourless. Those five colourless cards are all the cycle of Hideaway lands from Lorwyn, with one producing mana for each of the five colours.

There are currently no multicolour Hideaway cards.