Bad news for Magic: The Gathering fans, courtesy of the global supply chain. Wizards of the Coast has routinely announced product delays all year long because of the continuing snags in global logistics, whether they be material shortages or rising transportation costs, and once again it has been forced to delay another product.

This year’s Pioneer Challenger Decks have been delayed by three weeks. Originally set to release October 14, they’ll now be available on November 4.

"Due to ongoing supply chain disruptions and delays, we are moving the release date of Pioneer Challenger Decks 2022 to November 4, 2022 to allow for a concurrent global release," wrote Wizards on the official Magic website. "Thank you for your patience and understanding." 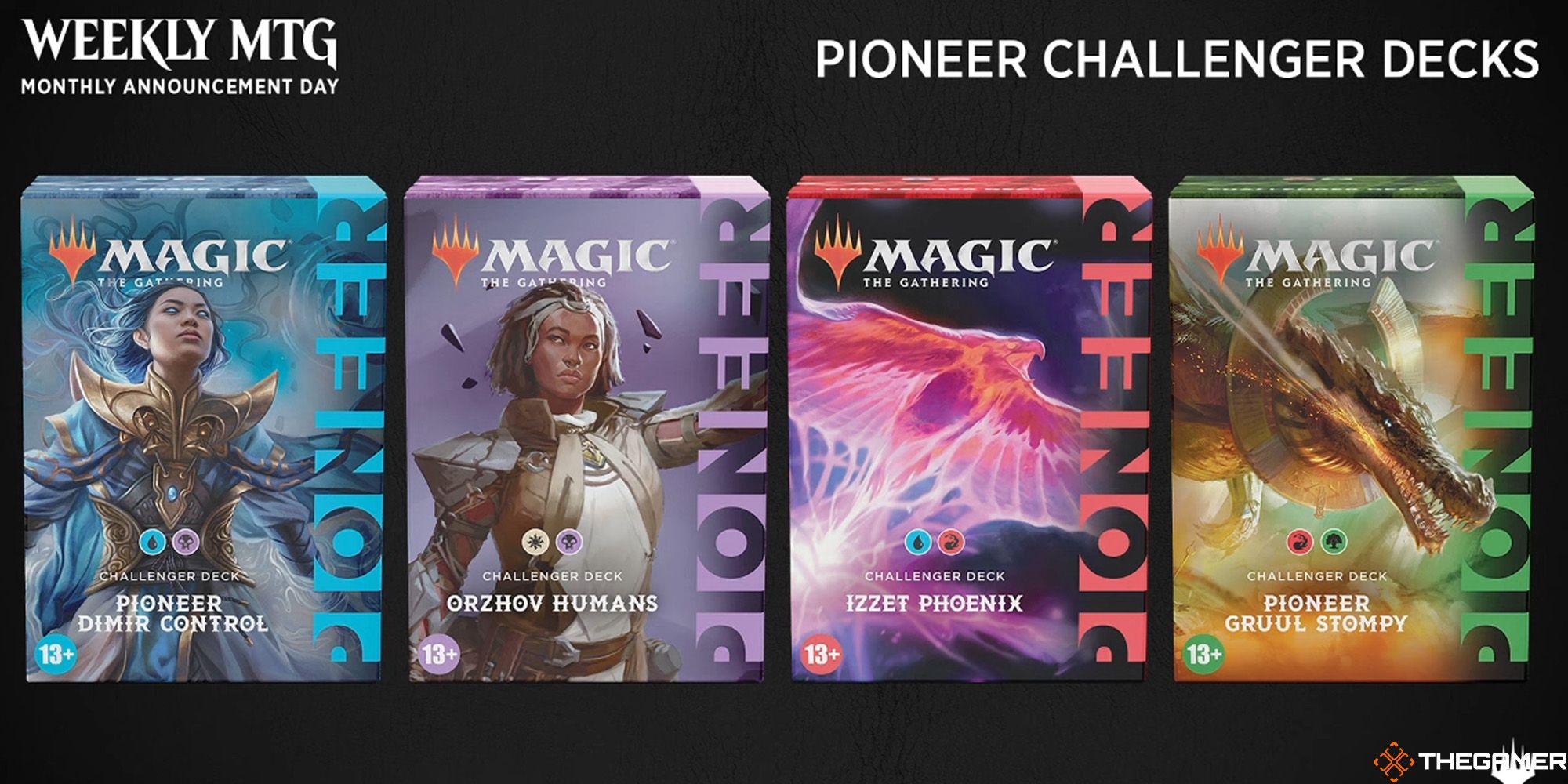 Announced during the Double Masters 2022 Weekly MTG broadcast, the second round of Pioneer Challenger Decks will feature four decks: blue/black Dimir Control, white/black Orzhov Humans, blue/red Izzet Phoenix, and red/green Gruul Stompy. Each deck is a budget take on a popular archetype in Pioneer, allowing players to expand and customize the product with cards from their own collections.

Pioneer has become an increasingly popular format as Modern continues to feel more like Legacy with each new Magic expansion. Limiting Pioneer to Return to Ravinca and newer sets provides a more expansive card pool while still retaining Standard’s fresh feel. Unfortunately, the format rolled out just prior to the pandemic, limiting its growth potential as tournaments shut down. But with those tournaments starting back up again, Pioneer just might overtake Modern as a more budget-friendly option.

In other Magic news, lead designer Mark Rosewater recently posted his State of Design for 2022, noting some of the year’s biggest hits and misses so far. Double Feature was definitely a miss, and fans were really hoping for there to be more Commander in Battle for Baldur’s Gate, but all-in-all, 2022 is shaping up to be a very dynamic year, and 2023 might be even better.