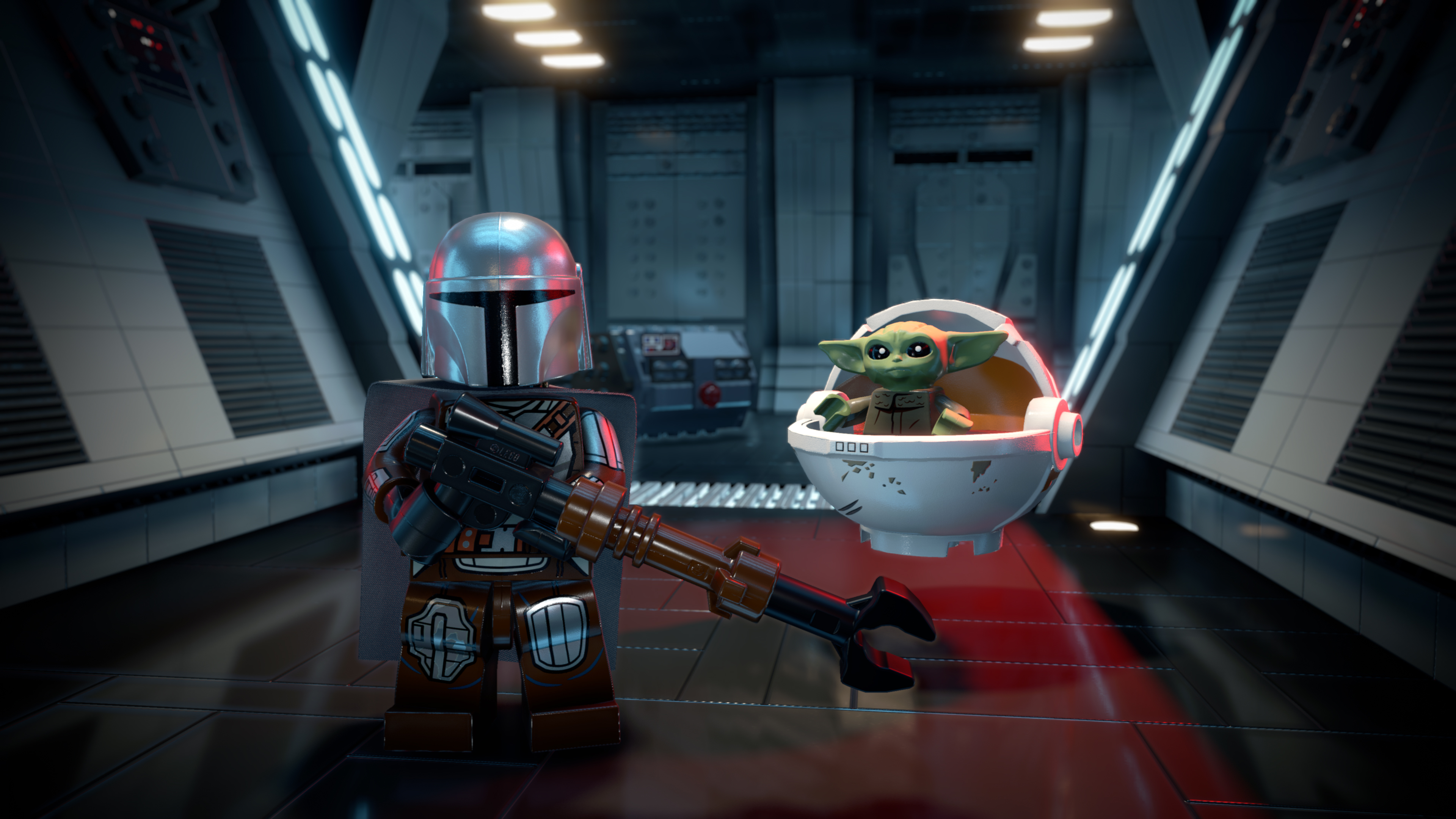 The season pass for Lego Star Wars: The Skywalker Saga has been announced and it actually seems relatively good value for money.

It’s been a long time coming, but Lego Star Wars: The Skywalker Saga will finally be out next month, with recreations of all nine mainstream films – although that means that the most popular new Star Wars content from the Disney era isn’t actually in it.

By default there’s no Rogue One and nothing from The Mandalorian, but that can be rectified if you buy the DLC.

Warner Bros. has announced a Character Collection that is essentially a season pass for additional playable characters. This adds up to seven separate DLC packs, with the first one being based on season one of The Mandalorian and including Mando and Grogu, Greef Karga (Carl Weathers), Cara Dune, IG-11, and Kuiil (the Ugnaught).

The inclusion of Cara Dune is a bit of a surprise, since after actress Gina Carano was thrown off the show for her right wing views Disney stated it would not be recasting the character and cancelled all new Cara Dune related merchandise.

Also controversial is that Grogu is described as ‘non-playable’, which presumably means that he just follows Mando around automatically. That seems a bit odd though as with his Force powers he’s still more useful in a fight than someone like Kuiil.

The Mandalorian Season One DLC will be available at launch and so too will be a second character pack devoted to Solo: A Star Wars Story, featuring young Han Solo, young Chewbacca, young Lando Calrissian, Qi’ra (Emilia Clarke), Tobias Beckett (Woody Harrelson), and Enfys Nest.

Another two character packs will also be available at launch, but only under special circumstances. The Classic Characters features Luke Skywalker, Princess Leia, Han Solo, Darth Vader, and Lando Calrissian. You’d assume they were in the game already (presumably they’re just different outfits or something) but they’re only available at launch for those who have ‘early access from select retail partners’ and will be out April 19 for everyone else.

The other not-quite-launch release will be The Trooper Pack, which includes a Death Trooper, Incinerator Trooper, Range Trooper, Imperial Shore Trooper, and Mimban Stormtrooper. You can only get that straight away if you pre-order the digital version, and otherwise have to wait till May 4 (aka Star Wars Day).

The fifth pack will be based on Rogue One: A Star Wars Story and features Jyn Erso, Bodhi Rook, Cassian Andor, K-2SO, Chirrut Îmwe, Baze Malbu, and Director Krennic. It’ll be out on April 19, so for a supposed ‘season’ they’re really not spacing these out much.

Then on May 4 The Mandalorian Season 2 will be released with Ahsoka Tano, Boba Fett, Bo Katan, Fennec Shand, and Moff Gideon; alongside a Star Wars: The Bad Batch pack with Hunter, Wrecker, Tech, Crosshair, and Echo.

Whether there’ll be additional DLC packs after that is unclear but that does seem to cover all the obvious bases, even if the stories from these movies and shows still won’t be in the game.

There are a lot of new Star Wars shows due in the near feature though, with Obi-Wan Kenobi and Andor due to follow The Book Of Boba Fett this year. So it’s not hard to imagine new DLC packs being released for those.

Speaking of Obi-Wan, you can also get a ‘classic’ version of old Ben as a free unlock with any digital purchase or an actual Lego minifigure of Luke Skywalker with a blue milk moustache if you buy the physical version of the Deluxe Edition.

It all seems fairly straightforward, but you’ll notice that one detail is missing: the price. However, that’s not the ill omen you might imagine as the Digital Deluxe Edition includes the whole season pass and it’s only £10 more than the standard edition, so presumably buying the Character Collection on its own is the same amount or not much more.