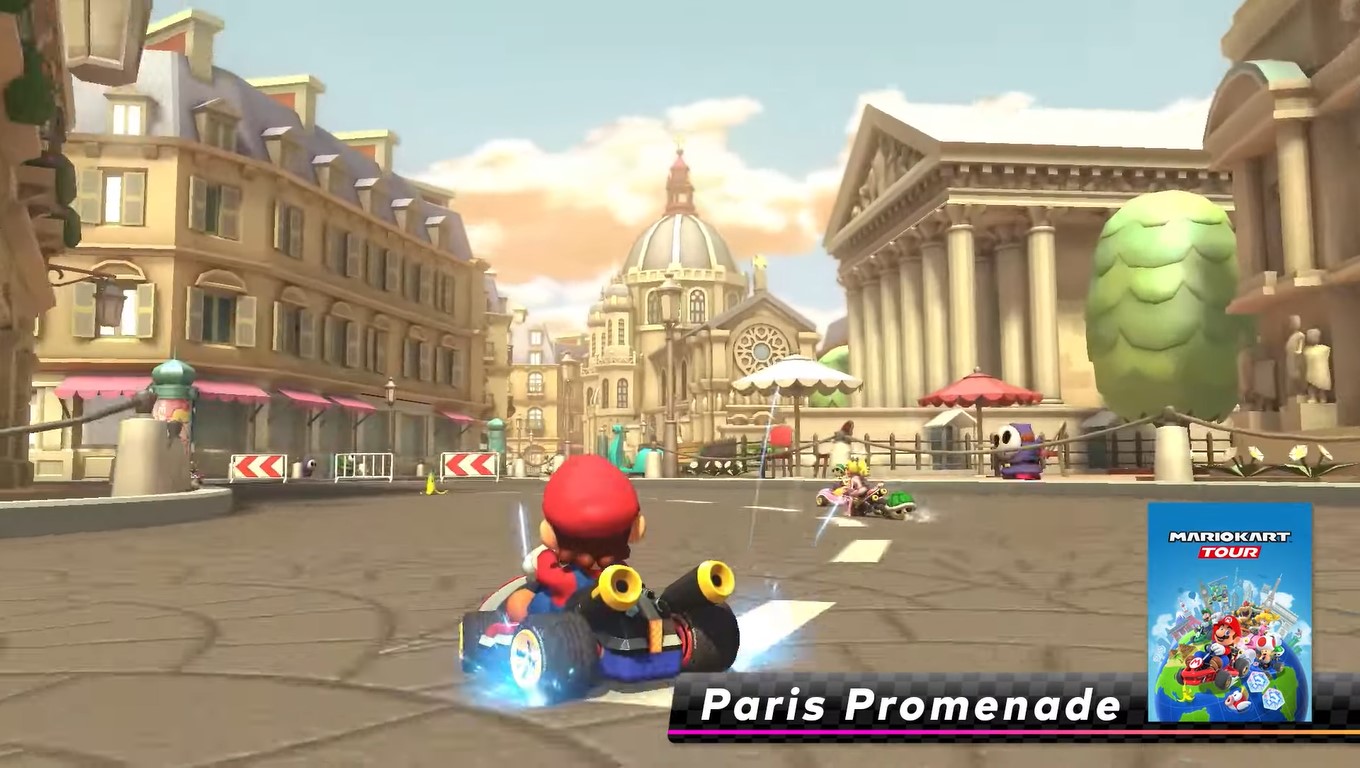 The first ever DLC for Mario Kart 8 Deluxe has finally been released but are the new tracks up to the same quality as the old ones?

It’s been a long, strange, incredibly successful, ride for Mario Kart 8 – and it’s far from over yet. Originally released as a Wii U game in 2014, the initial version of Mario Kart 8 was almost identical to the eventual Switch re-release, but because almost no-one bought the Wii U relatively few people ever got to play it. That has not been the fate of Mario Kart 8 Deluxe, which almost since release has been the best-selling Nintendo Switch game, with a staggering 43 million copies sold.

If it were any other company, the ongoing success of Mario Kart 8 Deluxe would have seen it drowned in a sea of DLC, season passes, and costly expansions, from the moment it came out. But this is Nintendo and while they have plenty of anti-consumer practices of their own their embrace of live service games has never been a warm one. For years people have wondered why they don’t just make more tracks for the game, but no one really expected that they would. Until they did. Sort of.

The Deluxe in Mario Kart 8 Deluxe refers to the fact that it includes the DLC released for the original Wii U version (and a few other improvements, like a better Battle mode). These 16 tracks were half brand new courses and half reimagined versions of ones from earlier games. However, there are no entirely new tracks in the Booster Course Pass, which are all solely based on existing games – even if a lot of them have never been seen on a console before.

The Booster Course Pass includes 48 tracks, effectively doubling the total number in the game. It doesn’t do so instantly though, as they’re being released in six waves of eight each, concluding in late 2023. The pass costs £22.49 on its own or you can get it for ‘free’ as part of the Expansion Pack for Nintendo Switch Online, although that means you’ll have to stay subscribed to retain your access to them.

The first wave is out now and that’s what we’ll be looking at here, as most of the other tracks haven’t been officially revealed yet (although some of them have been leaked). As you can see below, some of the tracks go all the way back to the N64 and while there are no SNES ones yet Super Circuit was a Game Boy Advance game, which also relied on 2D sprites instead of actual 3D graphics.

That means that although these tracks are based on existing designs they’ve all had a major overhaul in terms of visuals, and in the case of the older ones they’ve essentially been made from scratch. The oddities here though are not the old 2D courses but the inclusion of tracks from free-to-play mobile game Mario Kart Tour, which is widely disliked by series fans for simplifying the gameplay mechanics and being riddled with microtransactions.

In the context of this DLC, everything still handles like Mario Kart 8 and indeed Tour’s gimmick of having tracks set in real-world cities like Paris and Tokyo is a welcome novelty. What rankled fans as soon as the first screenshots appeared though, is that the Tour courses use the same cartoonish art style as the mobile game and haven’t been adjusted to fit the comparatively more realistic style of Mario Kart 8 itself.

The real problem is that the same art style is carried over to the other DLC tracks. The argument may be that this is intended to be the new look for every Mario Kart game going forward, and Tour just happened to be the first one to use it, but while it’s perfectly fine the new style has noticeably less detailed textures and uses more simplistic geometry than the original game, creating an inconsistent tone for no obvious reason.

It doesn’t affect the gameplay though and it actually suits the older tracks, with their simple construction, quite well. In terms of the course design, the Tour tracks are perfectly welcome. Paris and Tokyo start off a little dull, but both use completely different sections of the track for their third lap, which are considerably more interesting – with Tour being an obvious nod to Ridge Racer (and presumably whatever road that is in Tokyo that they’re both inspired by).

Ninja Hideaway, which is also a Tour track but, oddly, not identified as such in the game, is the highlight of the pack. It’s much more complicated than the real-world tracks, with two vertical levels, including sewers and narrow rafters to drive along, columns of wind that shoot you into the air, and lots of clever little traps and shortcuts. It’s well up to the standard of the original tracks and even the visuals are more detailed.

Nostalgia may play a part in how you feel about the others, but even though many of them are similar to more famous tracks (Choco Mountain and Wario’s Gold Mine, Shroom Ridge and Toad’s Turnpike, Sky Garden and Cloudtop Cruise) they’re still very good. We always enjoy tracks with ordinary cars on them, so Shroom Ridge is very welcome, and Choco Mountain, with its falling boulders and bumpy road to the finish line, has always been a favourite. Coconut Mall is another good one, with a fun, cheesy soundtrack.

For less than 50p a track there really is little to complain about here, even if the new art style is hard to understand. In fact, in light of the ongoing problems with N64 emulation, it’s the best advertisement yet for the Expansion Pack, if the implication is that all major DLC for future Nintendo games will be free if you have it.

If it wasn’t for the change in graphics this would get an unequivocal recommendation and even with that issue, we can’t imagine anyone that already enjoys Mario Kart 8 not thinking this isn’t worth getting as well.