One of the fastest card games out there, Marvel Snap is simple to learn but hard to master, and certain cards possess powerful effects that you should be aware of if you're looking to climb the ranks. The majority of card effects fall under specific keywords, and understanding how they work is integral to both deck building and on-board gameplay.

This guide will take you through every card effect in Marvel Snap, showing you all the keywords you'll see crop up, as well as providing some tips on how to best utilise or counter them. 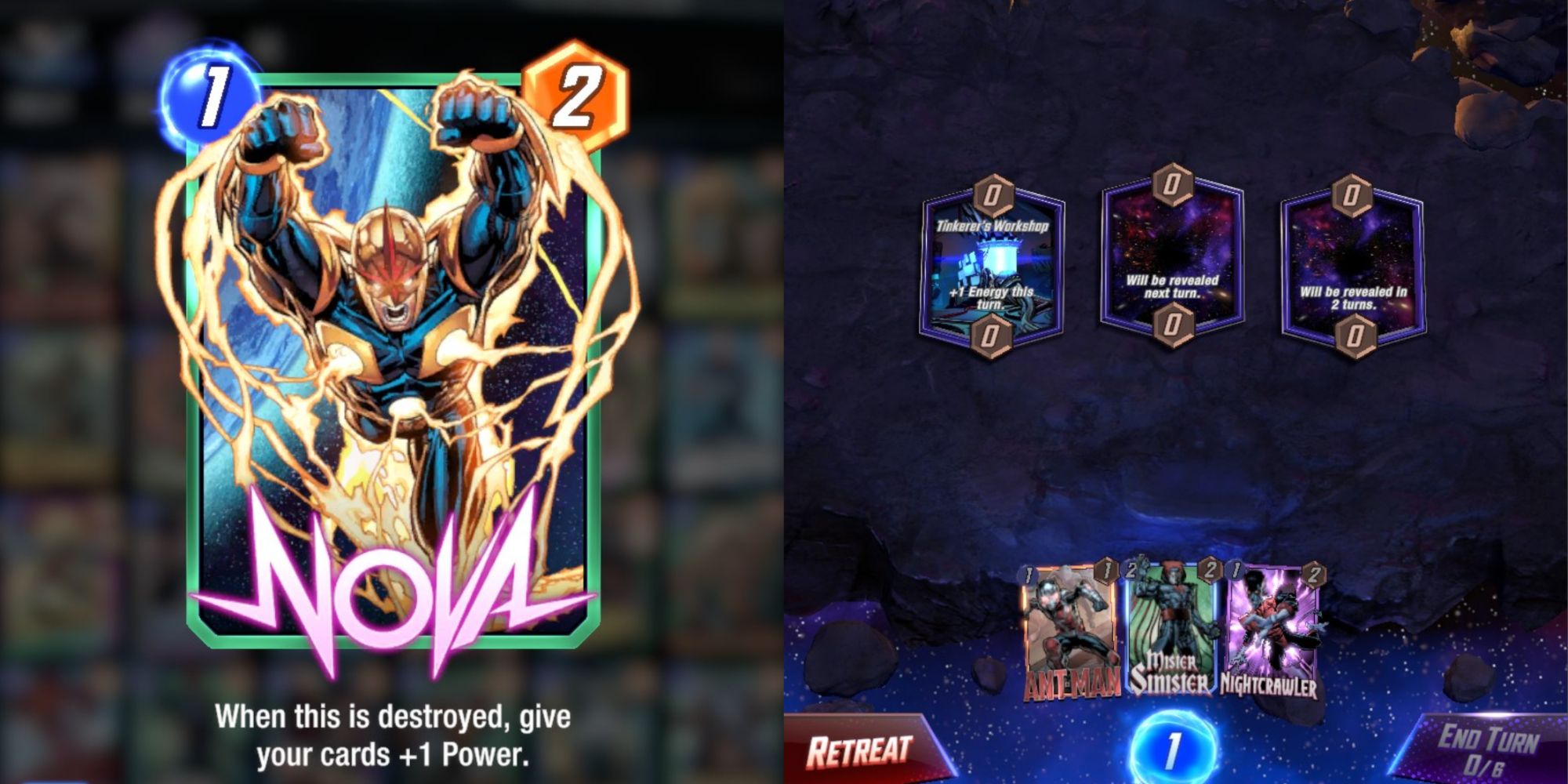 As you might have guessed from the name, Destroy cards will completely remove other cards from either the same location as themselves or in an alternate position. Certain cards will have synergies with this keyword that can prevent them from being destroyed, such as Wolverine, or lead to them gaining a bonus if other cards suffer this terrible fate. Destroyed cards are permanently removed from the battle, and unlike other card games, there is no 'graveyard' that these cards are sent to, whereby they can then be recovered at a later date.

Certain effects and locations such as Wakanda will prevent cards from being destroyed, and that will always take precedence over the Destroy keyword.

Destroying enemy cards can be extremely powerful, as it can result in a major and unexpected power swing at a Location. 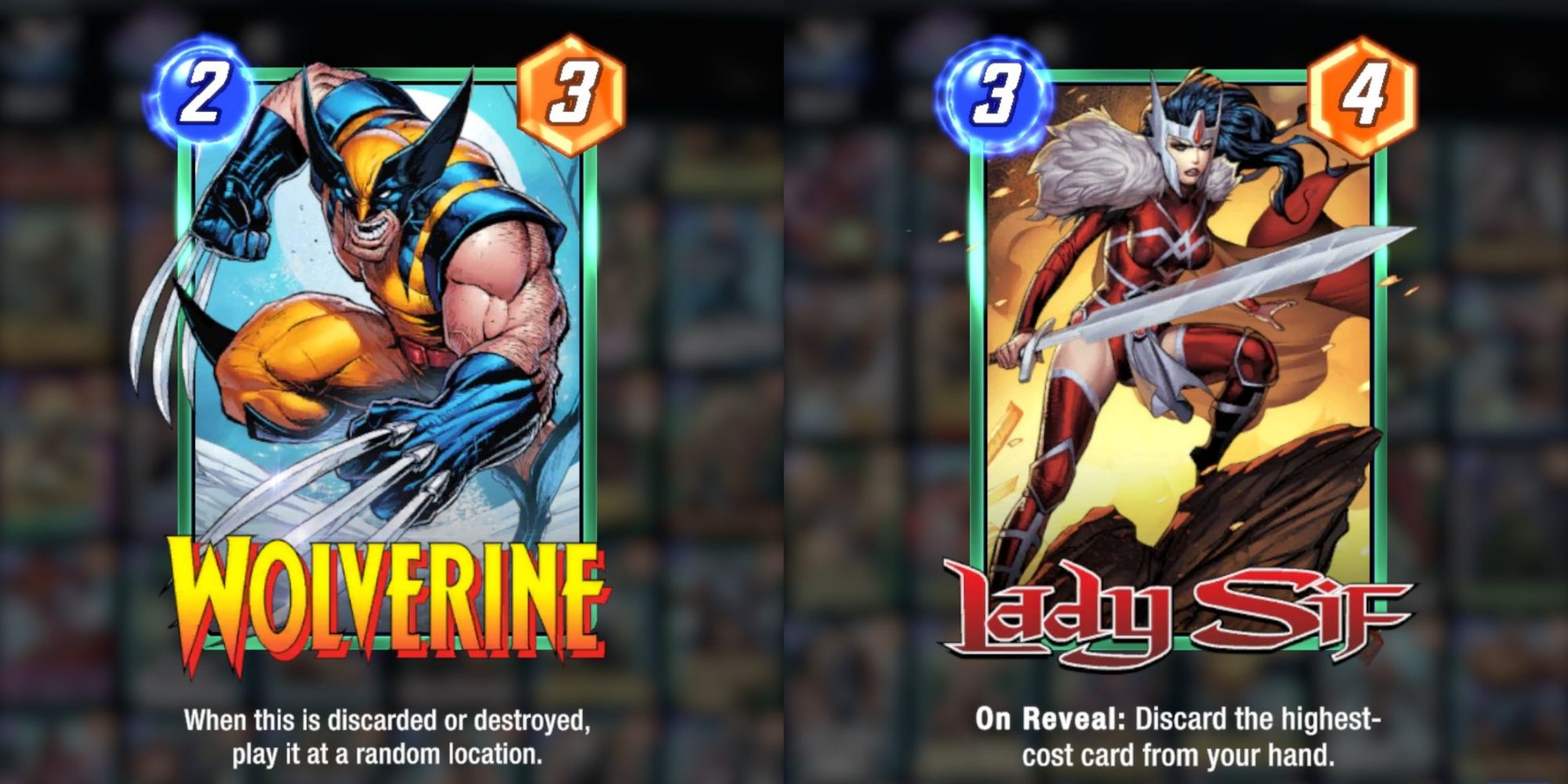 Another simple effect, Discard cards will remove a card from either your or your opponent's hand. This acts in the same way as Destroy, with the card being removed from the game instead of being transported into an alternate area.

Discard can prove useful but is typically a heavily random effect, making it unreliable. There is nothing worse than potentially removing a late-game win condition from your hand, and you cannot always rely on having certain cards in your hand that can synergise with the keyword. Often cards with Discard will possess greater stats than average for their cost, or have some other upside to make up for sacrificing one of your cards. 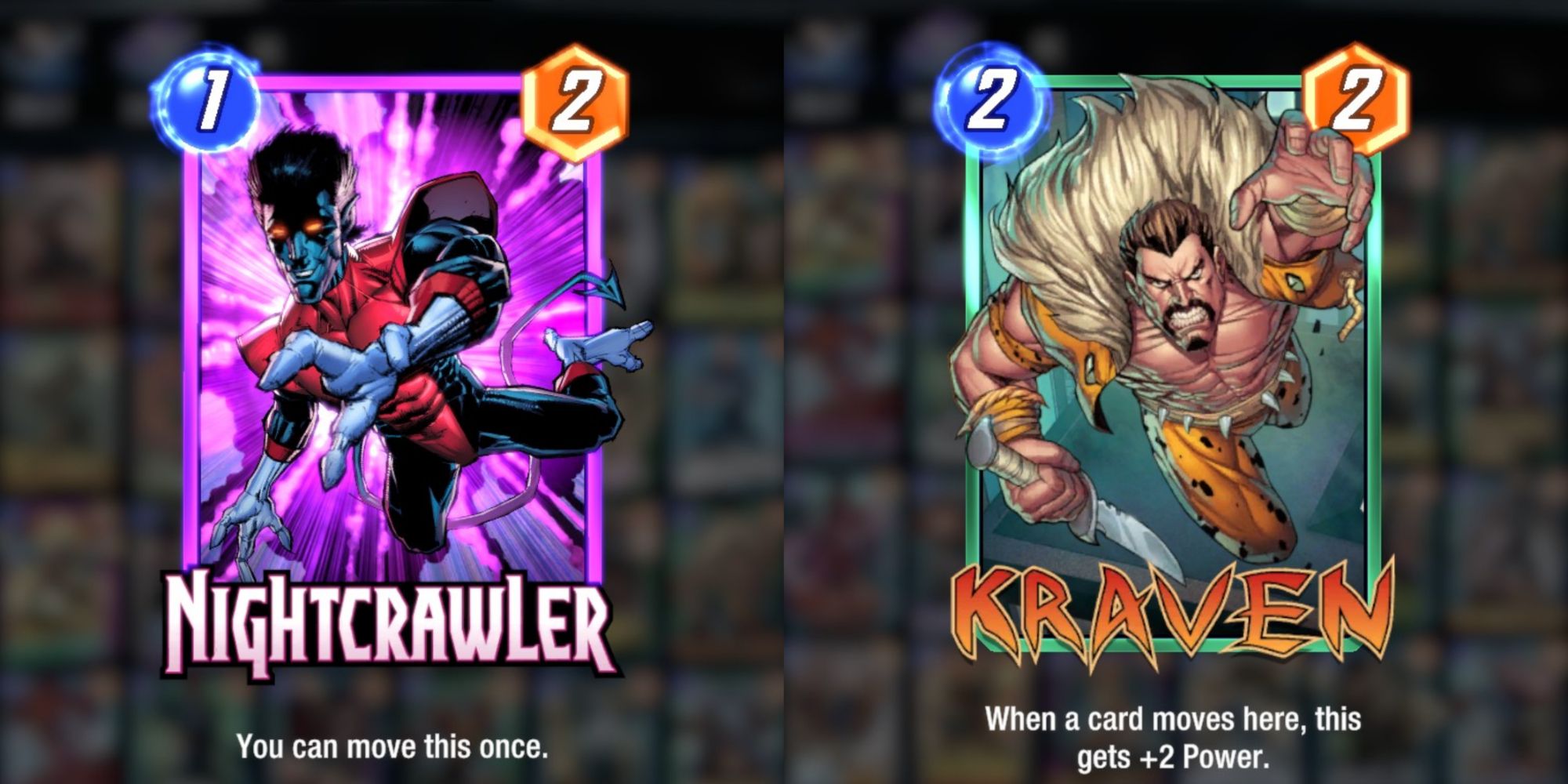 A card with Move will change either their or another card's position on the board. Switching locations can significantly mess up your and your opponent's combos, and some cards such as Heimdall are able to move multiple cards at once, making them real game-changers.

Move cards can be difficult to fully take advantage of, as they are very dependent on the current board state, and cards cannot be moved past the Left and Right locations, meaning a card will not loop back around to the other side of the board but instead remain in its original position.

Cards cannot be moved into a full Location, so try to leave some room in your Locations if you know you will be trying to shift your cards around. 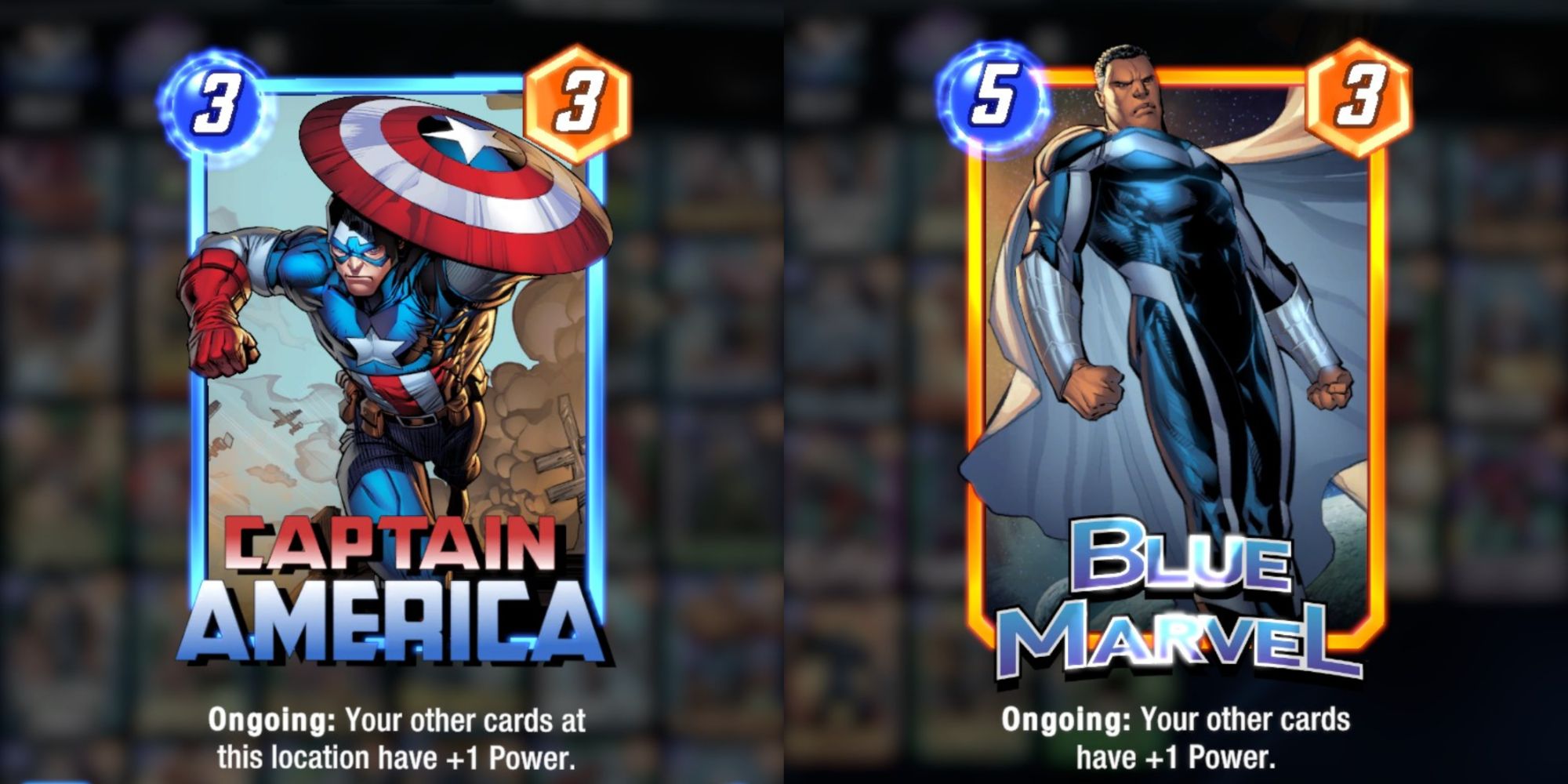 One of the most popular card effects is Ongoing. These cards will provide their effects whilst they remain on the board, and they will constantly provide it unless silenced or removed.

Ongoing cards will activate at the end of your turn, but their effects are dependent on them remaining on the field, making them vulnerable to Destroy cards. Ongoing effects are typically extremely powerful when combined, such as mass hero decks or stacking and doubling their effects with Onslaught.

Onslaught's Citadel is a Location that has great Ongoing synergy, as it will double the effects of any cards present!

If you find yourself facing lots of Ongoing cards, try running Enchantress, as her On Reveal effect will silence any Ongoings at that location, obliterating your opponent's combos. 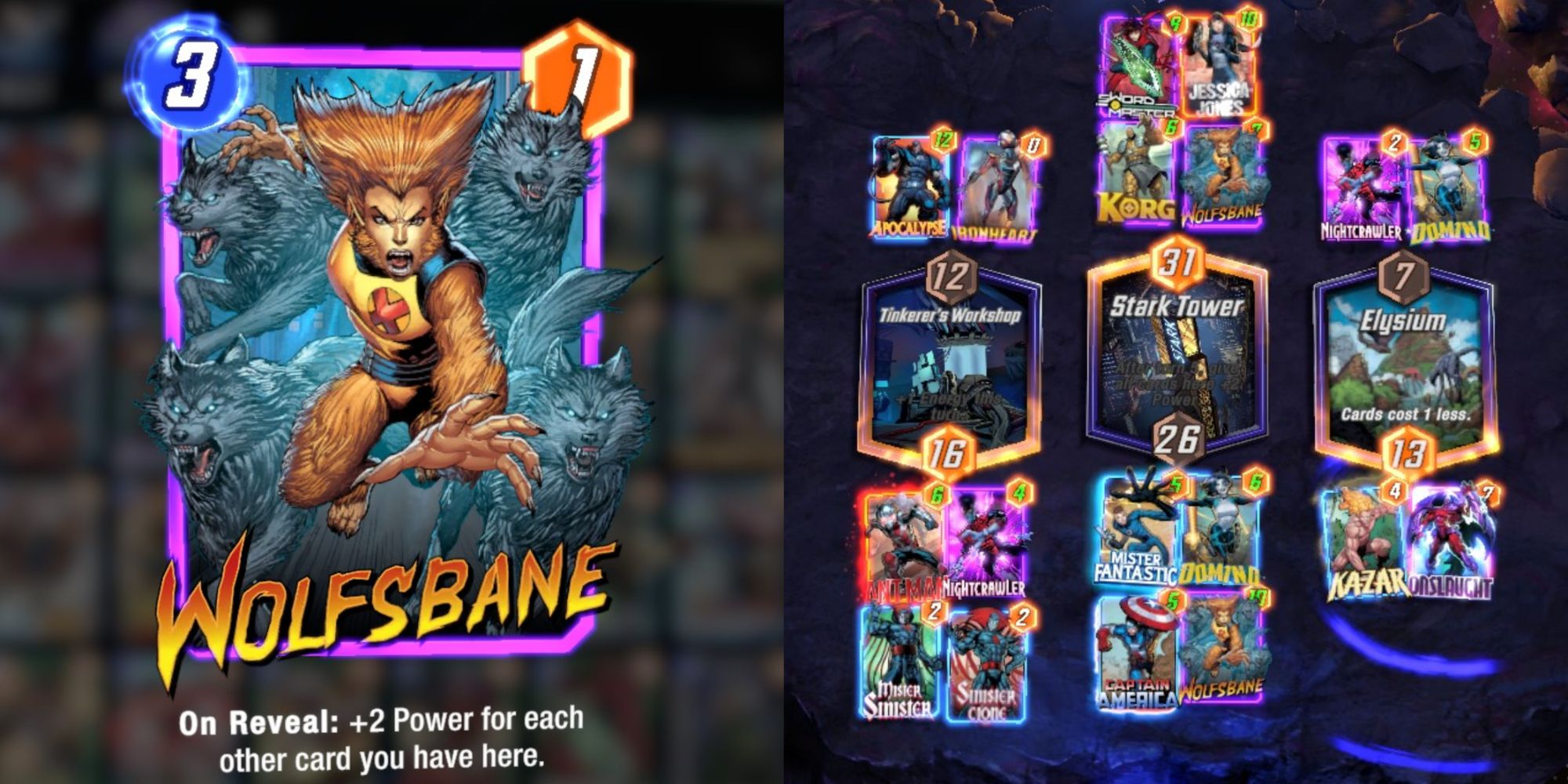 On Reveal can be thought of as the opposite of Ongoing, as the effect triggers once, at the end of the turn the card is played (normally). These effects are typically quite powerful, and can easily swing the power balance of a location.

On Reveals are the primary way to impact your opponent's board, but once used, the cards generally have less value than ones with Ongoing, as their effects are typically burst power increases.

Kamar-Taj is a particularly great Location for On Reveal cards, as it will allow their effect to trigger twice!

Odin is one of the best On Reveal cards, as he will allow you to re-trigger cards that you have already used the effects of. 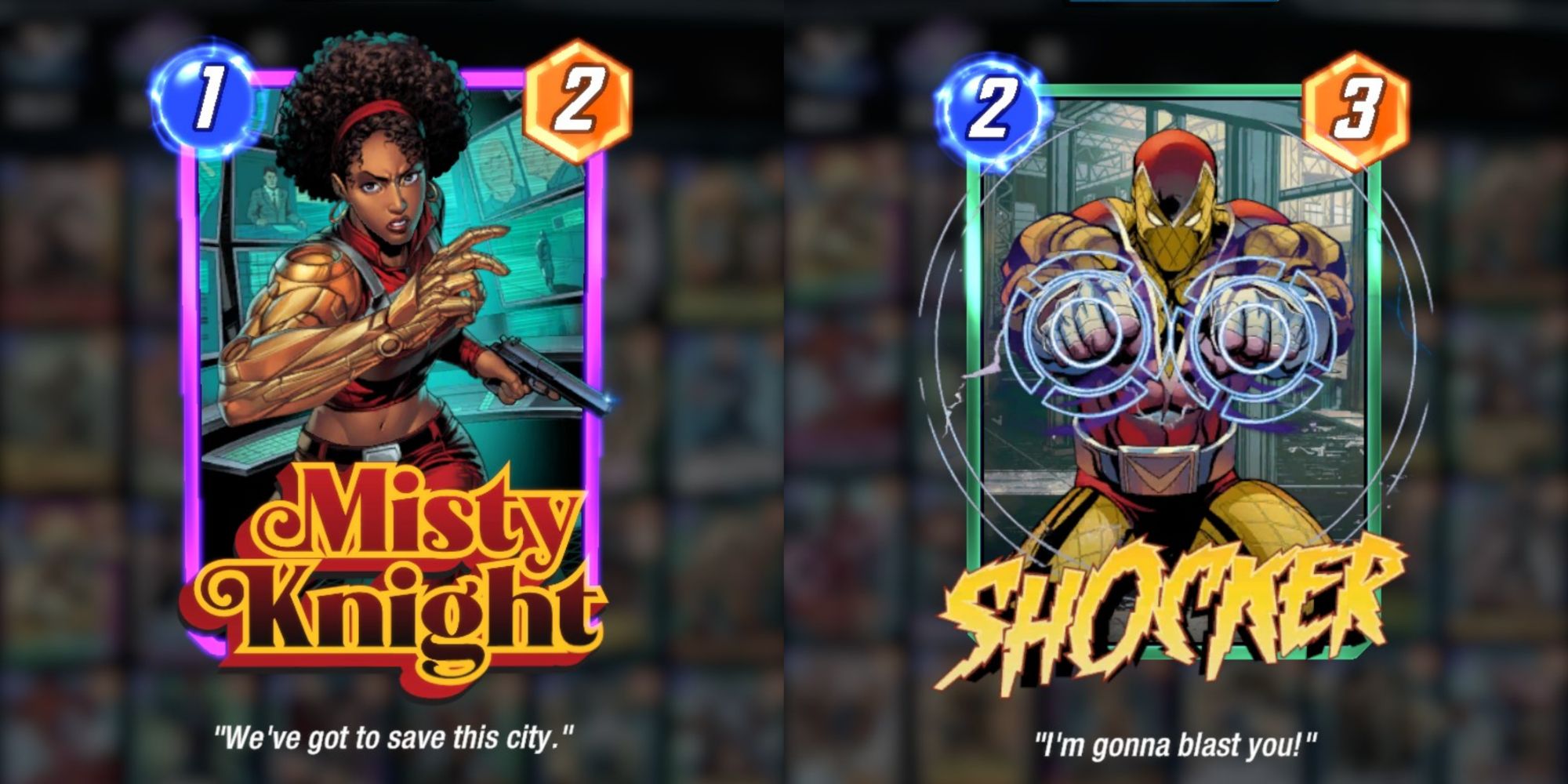 The last effect worth mentioning is the No Ability. Some cards have no in-combat text, and instead, they will come with just a hero/villain quote in their description. These are normally low-level cards and are normally overlooked in favor of fancier options.

The reason they are worth mentioning is due to the Washington D.C. Location, which grants cards with 'no abilities' an additional three power. So if you see this location in the weekly rotation, you could consider adding one or two No Ability cards to pad out your deck and surprise your opponent.