You will need to be as rich as Tony Stark himself to play Marvel’s Avengers if you want to unlock all the extras quickly.

Marvel’s Avengers was originally promoted on the fact that it would receive free post-launch content in the form of new characters, costumes, and story modes. While all of that will be free, the game will feature a number of microtransactions, with players able to purchase in-game credits with real money in order to buy things like costumes and emotes for the characters. 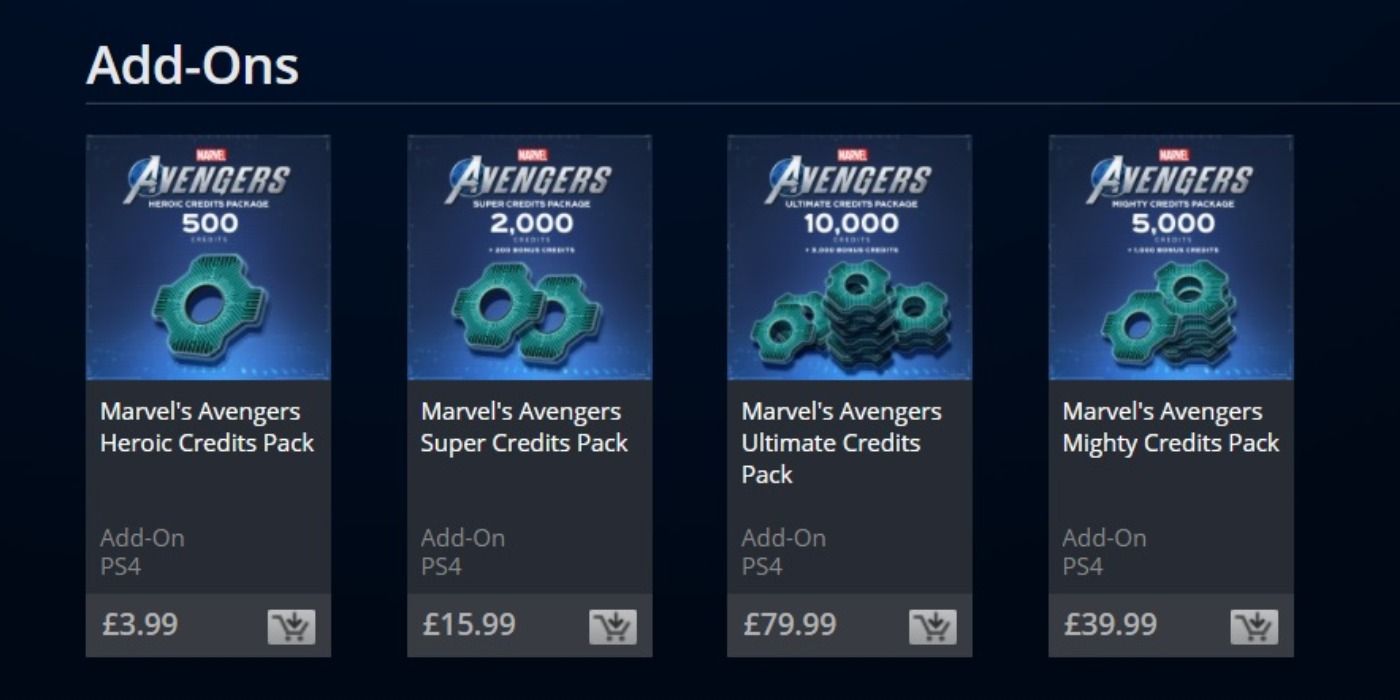 Marvel’s Avengers has taken a lot of criticism for its monetization practices, and these prices will likely add fuel to the fire. The idea of spending an additional $100 in order to buy in-game items might seem ridiculous, but the fact that Crystal Dynamics and Square Enix are taking this approach shows that they believe people will spend that hard-earned cash. What else are we going to do in a pandemic?

Marvel’s Avengers has a lot of potential when it comes to DLC and the fact that so much content is coming to the game for free is commendable. It remains to be seen whether players will shell out another hundred bucks for a few costumes. It depends on how well the audience takes to the online multiplayer modes, as it’s here that people most want to show off the look of their characters.

Next: Everything You Need To Know About Marvel’s Avengers’ Day One Patch

Marvel’s Avengers is available on Google Stadia, PC, PlayStation 4, and Xbox One on September 4. Those who purchase the Deluxe version of the game can start playing today.