It's been long enough since I first finished the Mass Effect trilogy that BioWare's sci-fi epic has now entered the realm of nostalgia. I often catch myself listening to the soundtrack, watching clips on YouTube, and generally reminiscing about all the amazing adventures I had. But as time goes on, it's not the battles, life-or-death moral choices, or dramatic stand-offs that my mind drifts back to: it's the hours I spent just shooting the shit with my crew on the Normandy. Mass Effect doesn't get enough credit for being one of the all-time great hangout games.

This peaked in Mass Effect 2 with its motley crew of outcasts, criminals, weirdos, and ne'er-do-wells. I'd always look forward to finishing a mission and getting back to the ship, knowing there were fresh conversations waiting to be had. A chance to reflect on what just happened in the story, discuss the trials ahead, or dive deeper into their personal lives—if they trusted me enough. Mass Effect 2's eccentric crew of charismatic oddballs is one of the best character ensembles in video game history, and I relished every moment I got to spend with them. 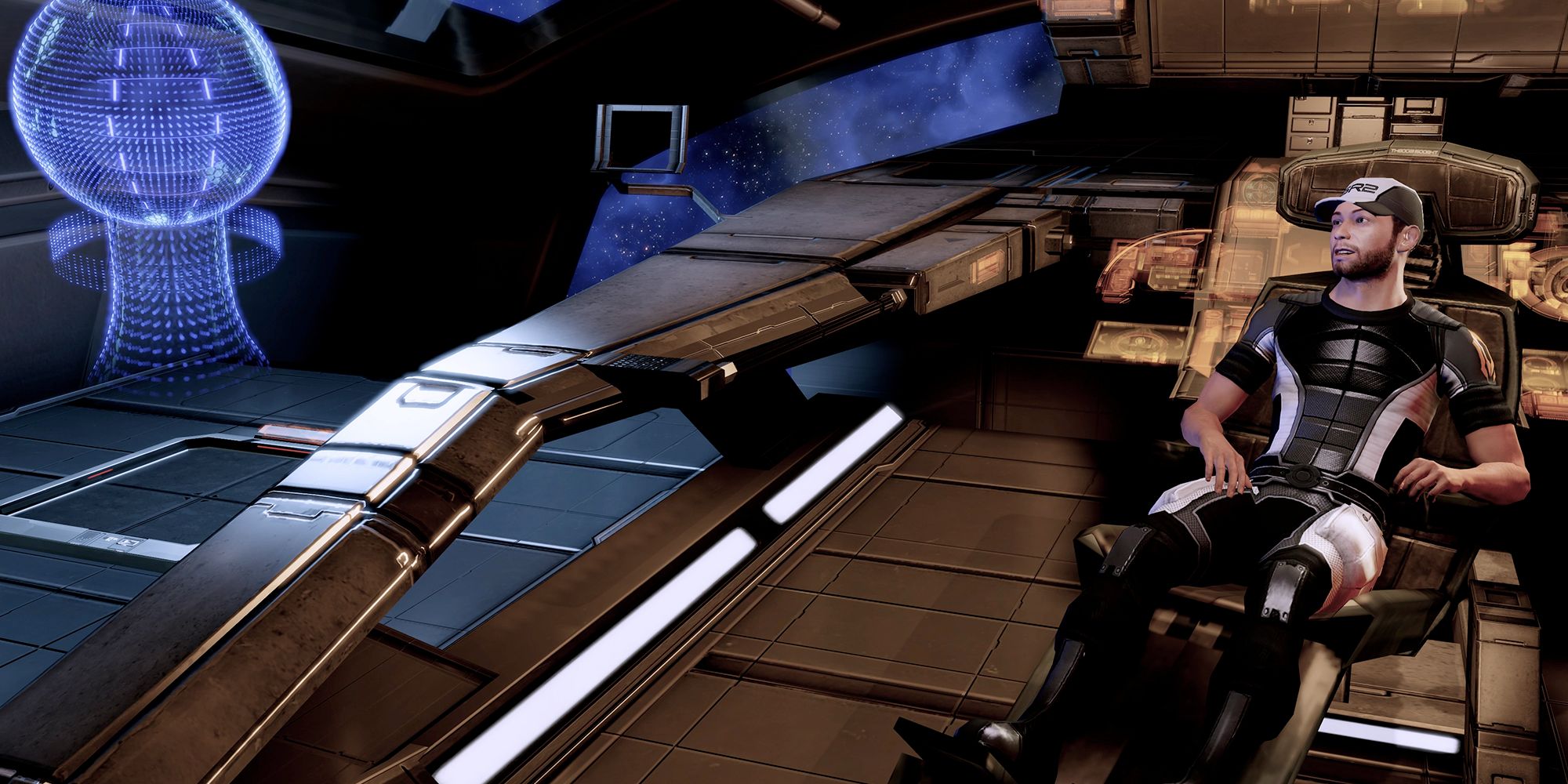 In a lot of games the hero is a lone wolf. They might have a lot of people around them, but they're still the person everything hinges on. However, what I love about Mass Effect is how it makes you really feel like you're part of a team. Commander Shepard is talented, sure, but they wouldn't stand a chance against the Reapers without Joker, Garrus, Tali, and the rest of the gang backing them up. This creates a rare intimacy with your companions, which is heightened by the long, deep conversations you can have with them between missions.

Sometimes, usually early on, these conversations can be cold, tense, or otherwise stand-offish. A freshly hired crew member might not fully trust Shepard yet. But over time they'll slowly open up, revealing more about what makes them tick, their fears, their hopes, and their inevitably troubled past—especially if you take the time to complete their associated loyalty mission. Mass Effect is very good at simulating a growing relationship between two people, helped in no small part by the series' consistently brilliant dialogue, characterisation, and voice acting.

But it's not all meaningful heart-to-hearts. Mass Effect balances its heavier dialogue with plenty of humour and pathos too. There are light-hearted conversations, heartwarming asides, and a lot of fun, frivolous chit-chat to break the tension. If the whole game was just stony-faced people having intense talks about saving the galaxy, it wouldn't work. The series' conversations are great because they run the entire gamut of human (and non-human) emotion, making Shepard's crew feel like rounded, nuanced people. I certainly think of them that way. 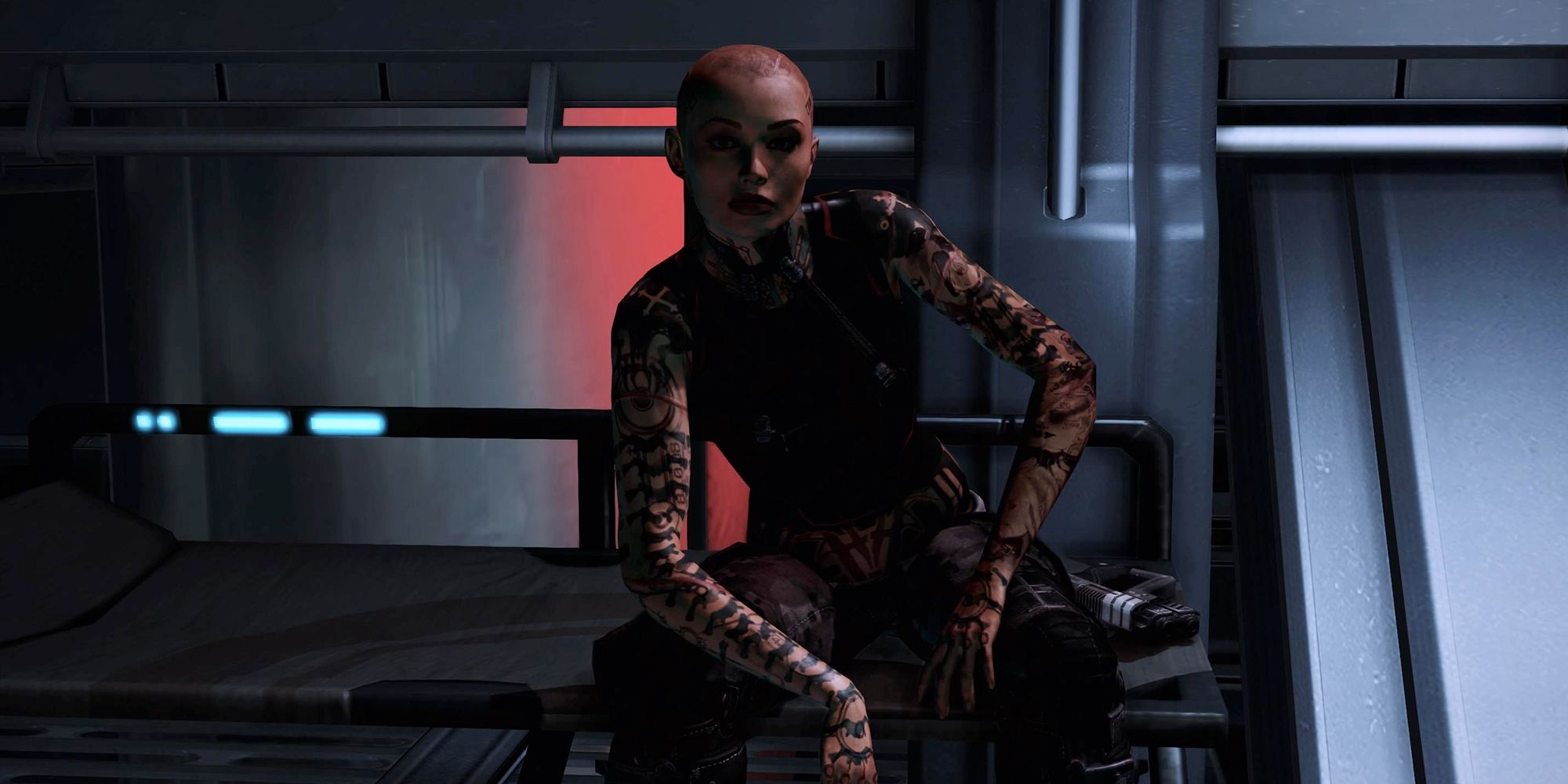 Okay, admittedly, there are some characters I don't like spending time with. That's always gonna happen in a game with such a large and varied cast. I resented having to speak to Tali, Ashley, or Ken and Gabby. Don't be mad: you probably felt the same way about some of my favourite characters. But while your ability to role-play in Mass Effect is relatively limited, you could at least occasionally be a dick to people you didn't particularly like. I never passed up an opportunity to be passive aggressive to Jacob, the galaxy's most boring man.

A top secret new Mass Effect game is currently in development at BioWare, and while I do think the series needs a major overhaul in a post-Andromeda world, I hope it's still as strongly character-driven. For me, this series isn't just a big, exciting space opera about saving the galaxy: it's also a game about hanging out on a spaceship having lengthy, meandering conversations with strange, interesting people. You can construct the most interesting mythology ever written, and place it in the most vivid science fiction galaxy ever conceived, but it won't matter if the characters who inhabit it aren't worth spending time with.