The return of Samus Aran might be sooner than expected, as a listing for Metroid Prime 4 on Nintendo Switch has appeared on a French retailer website. 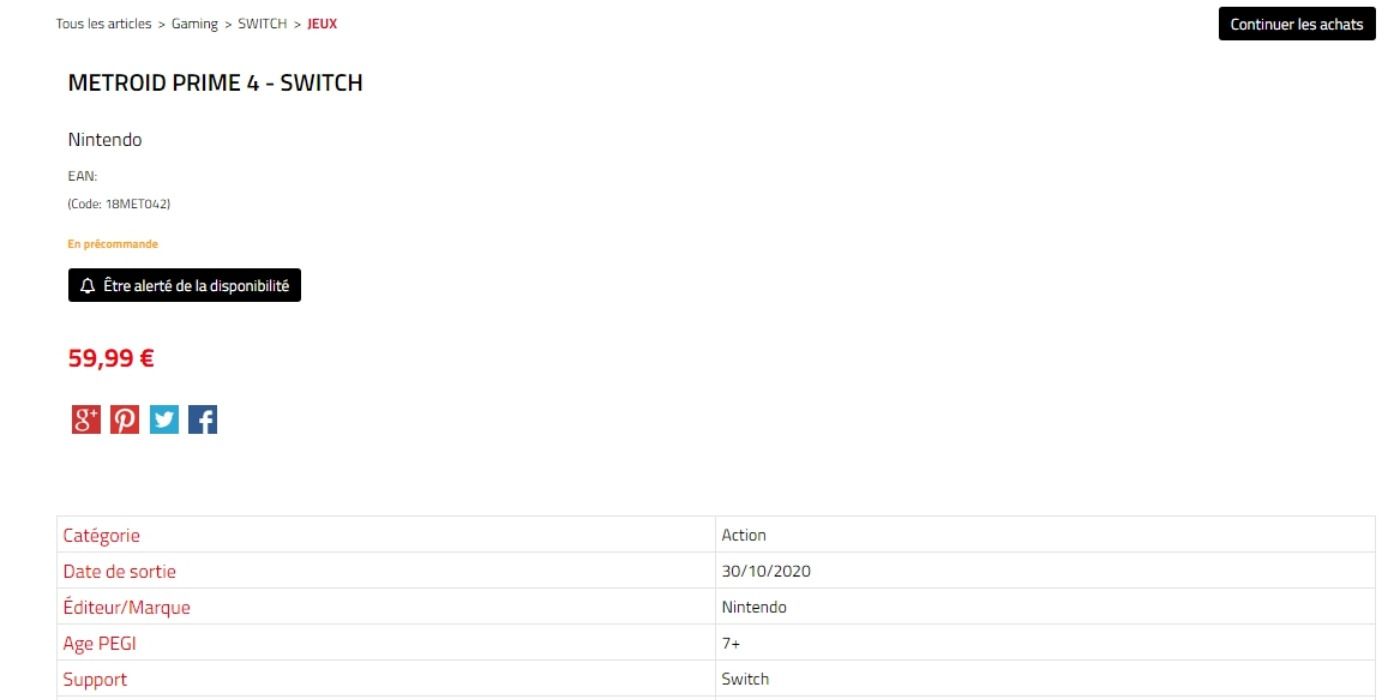 This release date is almost certainly a placeholder, as Metroid Prime 4 hasn’t spent anywhere near enough time in development to be ready for release in two months. What’s more likely is that Nintendo is going to show off the new version of the game during an upcoming Direct, which will hopefully happen soon, and will have enough of a release date in mind for pre-orders to go live. The same is also likely true of the Breath of the Wild sequel, though this is likely a lot closer to being released than Metroid Prime 4.

These retailer leaks should always be taken with a grain of salt, as we have previously been promised Persona 5 and Metroid Prime Trilogy HD for the Switch in the past. The WTT leak has a little more to it than most, as this was the site that had a genuine listing for the Switch version of The Witcher 3: Wild Hunt, so it’s possible that a Metroid Prime 4 announcement is coming soon. Just don’t expect to be enjoying it on Halloween.

Metroid Prime 4 is currently in development for Nintendo Switch.